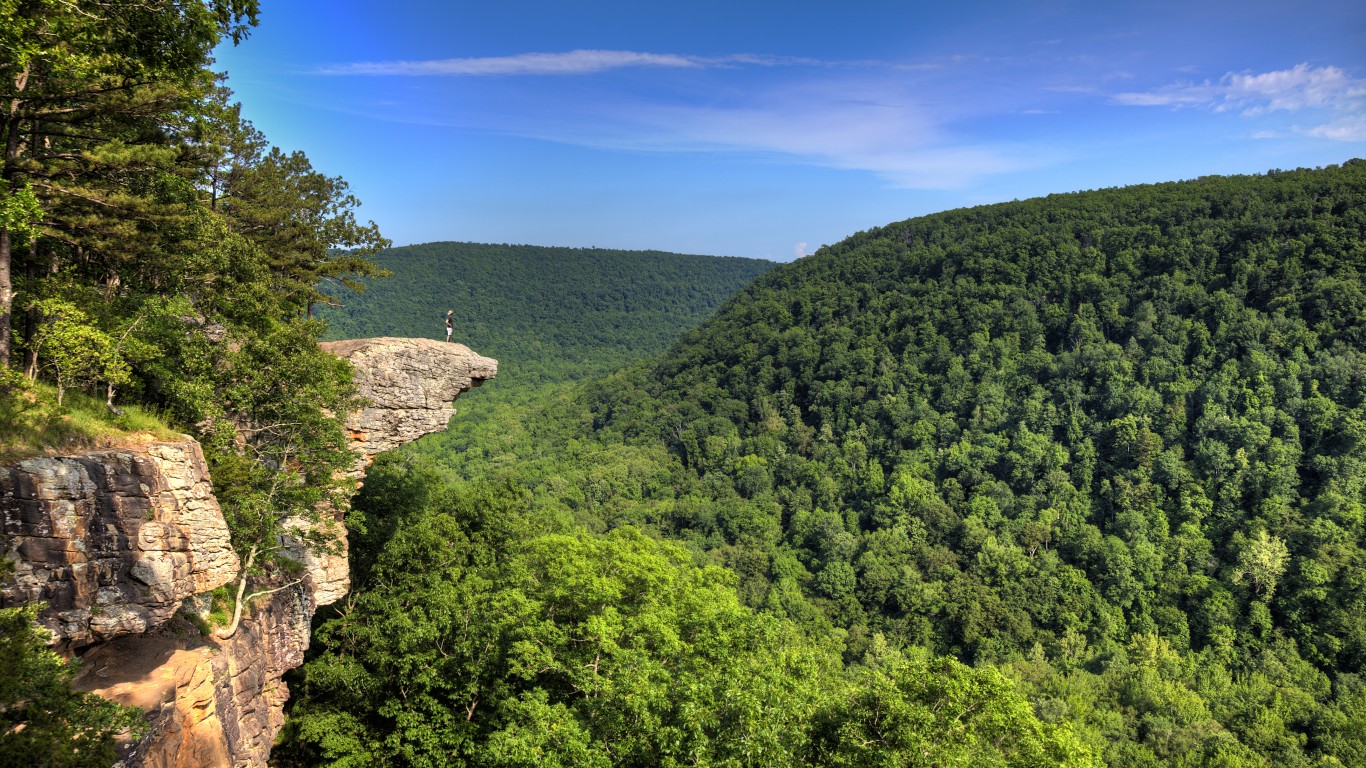 Life expectancy in Arkansas is longer compared to 1980 but only by three years, the fourth smallest increase in the United States over that time period. Lack of physical activity, which is a major cause of chronic diseases, may partially explain the relatively small improvement. The state has the second highest share of adult residents who don’t exercise regularly, at 31.6%.

Adult residents report feeling unhealthy an average of five days a month, the second most in the country. Overall, about 23.2% of adults in Arkansas report being in poor or fair health, the fourth largest share in the U.S. 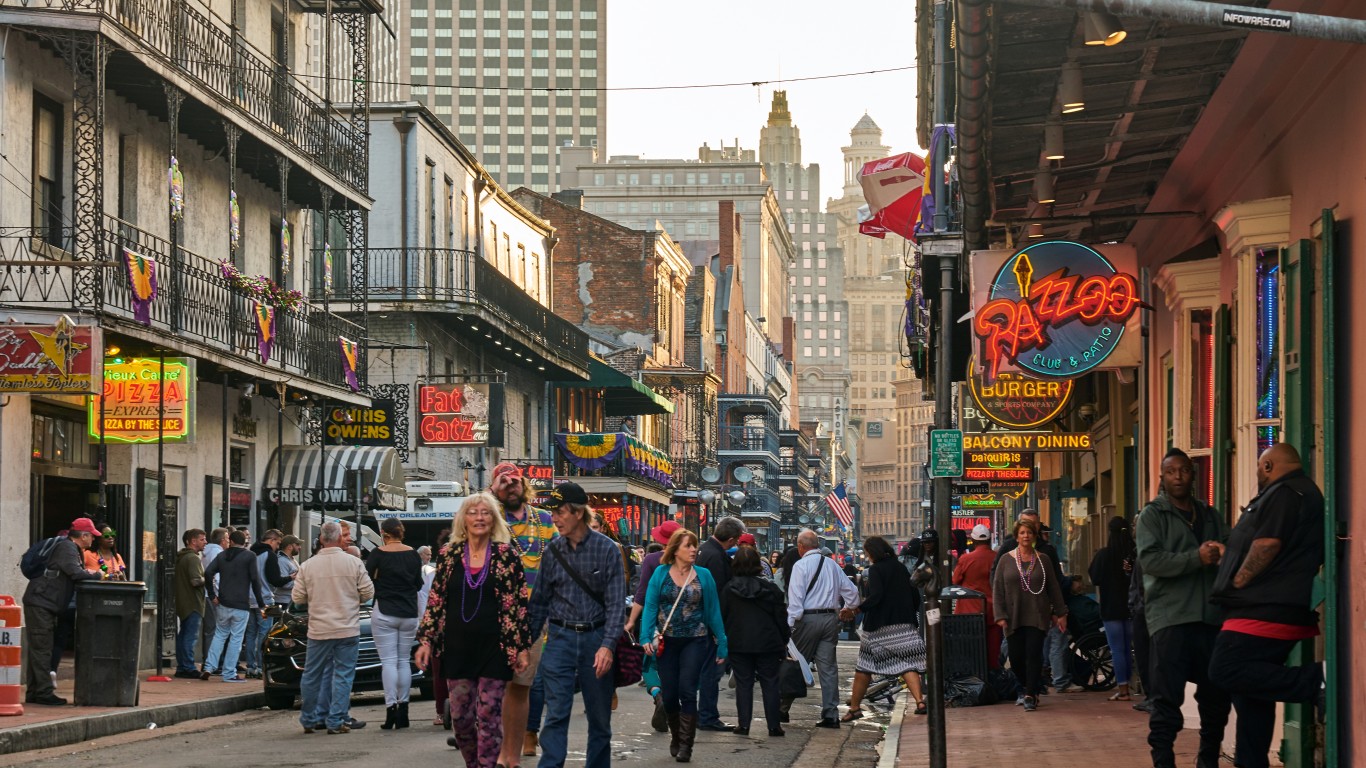 Poverty and poor health are closely related. People who struggle financially tend to have worse health outcomes because of poorer access to health care as well as healthy foods and other lifestyle choices.

Louisiana is the state with the second largest share of the population living below the poverty line, at 19.0%. Relatively many households in the state live on incomes considerably lower than the poverty threshold. The Creole State has the highest share of households living on less than $10,000 a year. The median annual household income is the fourth lowest in the U.S. and about $15,000 less than the national median. 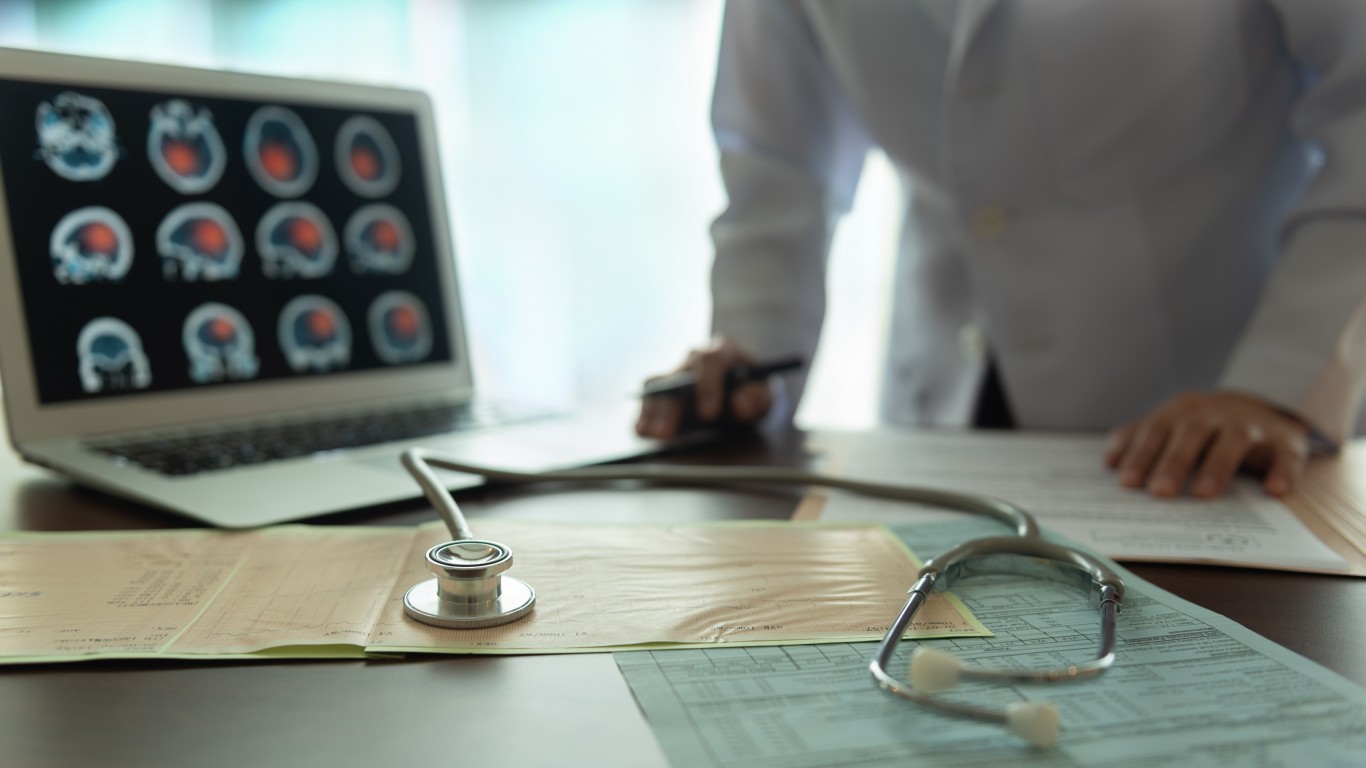 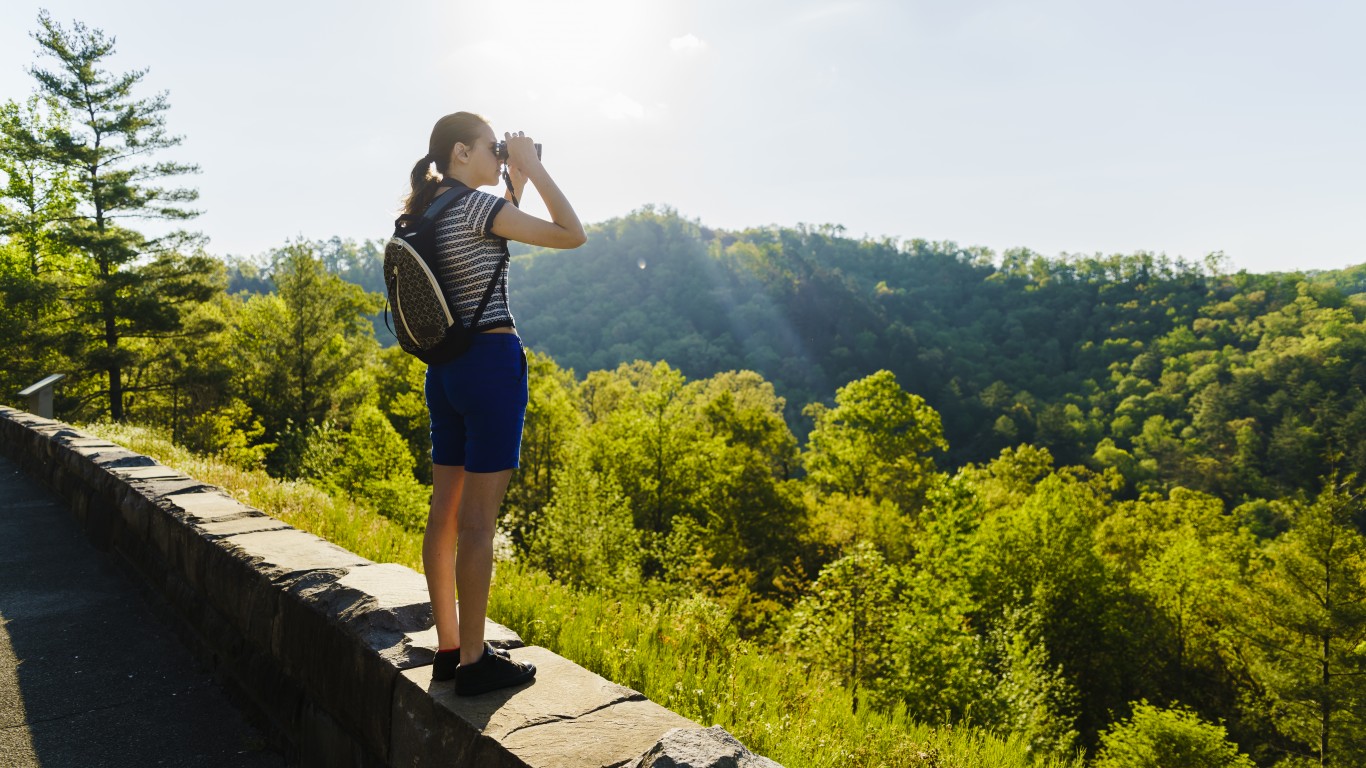 As is frequently the case in states with relatively low life expectancy, Tennessee has among the highest poverty, obesity, and smoking rates. The average number of physically unhealthy days per month reported by state residents is also among the highest compared with other states.

Lack of access to medical care is also a major factor in life expectancy. Tennessee is one of 12 states that have not expanded Medicaid to single, low-income adults between 19 and 64 years of age available to them under the Affordable Care Act. 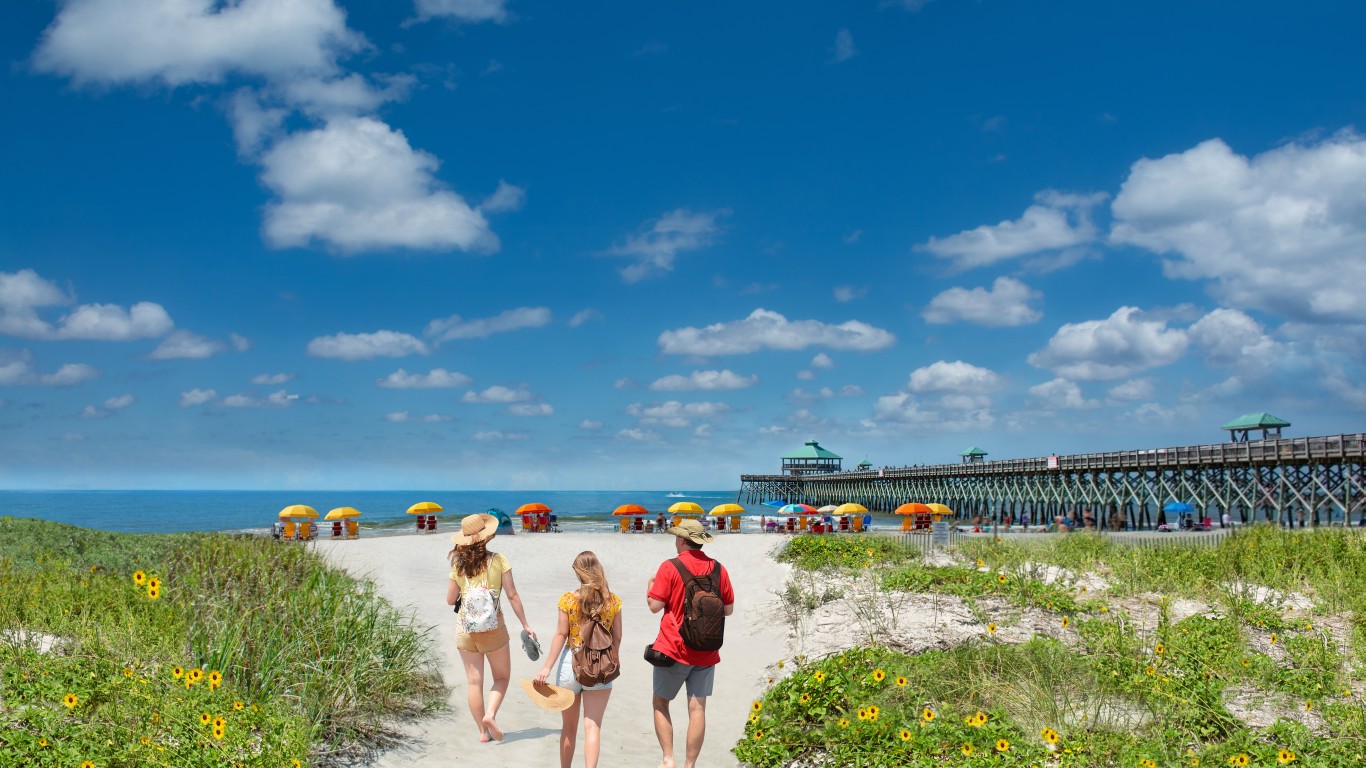 The average newborn in South Carolina is expected to live 77.0 years, up from 71.8 years in 1980, when the state had the third lowest life expectancy in the country.

Staying physically active is a key component of a healthy lifestyle. But over a quarter of adults in the state don’t exercise. Regular exercise can help prevent obesity, which is associated with a host of adverse health outcomes, as well as several chronic conditions. South Carolina’s obesity rate is 32.9%, one of the highest in the nation. 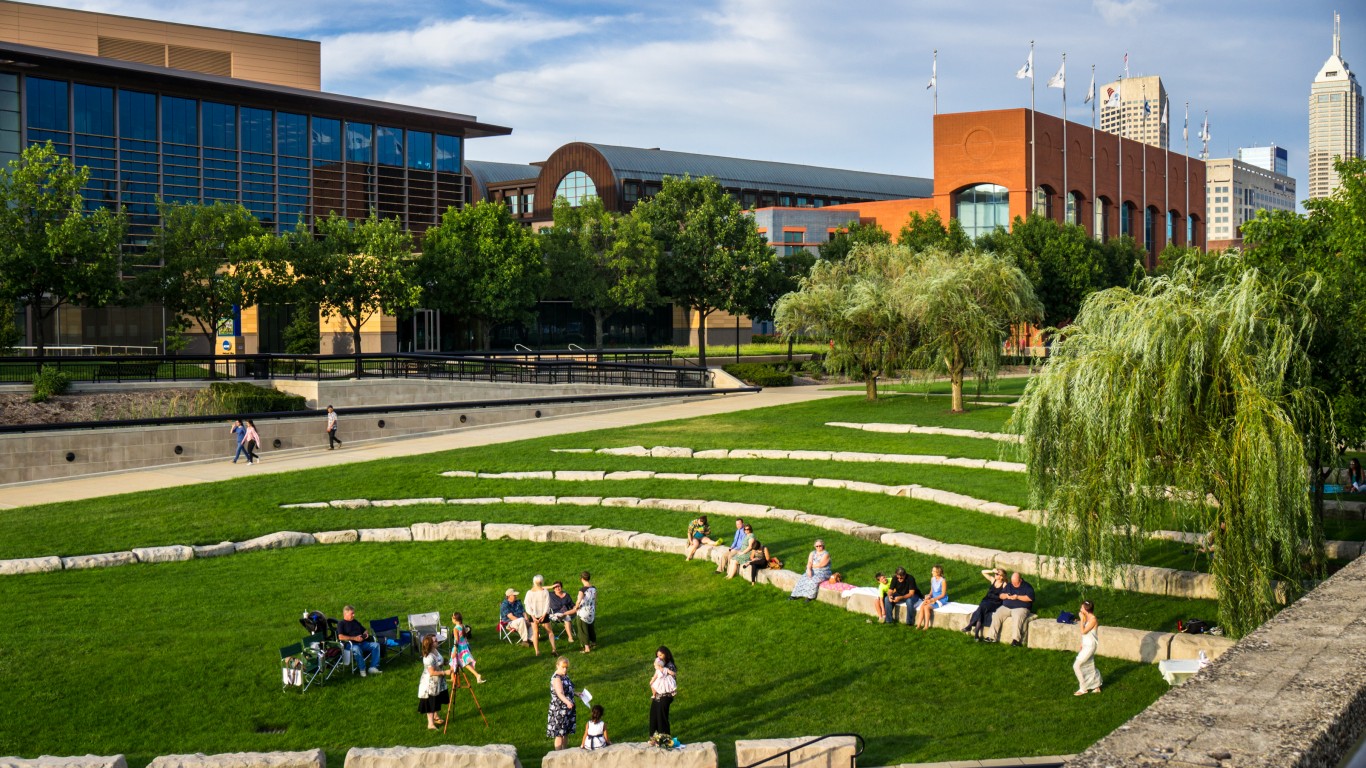 Life expectancy has risen in all states over the last four decades. People born in Indiana in 2015 are expected to live almost four years longer than those born in 1980, but the improvement was ninth smallest and average life expectancy in the state remains among the lowest in the U.S.

Unhealthy behaviors may help explain Indiana’s relatively poor health outcomes. The state’s adult smoking rate, for example, at 21.8%, is the seventh highest of all states. About 26.7% of adults don’t engage in regular physical activity, the 11th highest share in the country, and 33.4% of adults are obese, the eighth highest obesity rate of all states.