There was much excitement when the FDA announced in June of 2021 that it has accelerated the approval of Alzheimer’s disease drug Aduhelm — the first approved for the disease in 18 years. There is no cure for the progressive disease that affects cognitive functions like memory, speech, and motor skills. Despite the significant need, the approval was met with skepticism, as clinical trials have yet to conclusively prove it improved cognition, according to Duke Health, and some medical centers have refused to prescribe the drug.

Age is the greatest risk factor for Alzheimer’s disease. As a larger share of the U.S. population turns 65 and older, the number of Alzheimer’s cases is projected to increase. Many of the states with the largest projected increases are also states with higher percentages of older Americans, though other risk factors like obesity, diabetes, and the quality of the health care system in each state also play a part.

Those with Alzheimer’s disease need a great deal of care. The Alzheimer’s Association estimates that in 2021, the cost of caring for those with Alzheimer’s and other dementias in the U.S. was $355 billion. When the unpaid care given by friends and family is factored in, that figure balloons to over $610 billion. It is important for those who want to retire in the near future to save enough money to be able to afford long-term care in the event of an Alzheimer’s diagnosis. This is how much it costs to retire comfortably in every state. 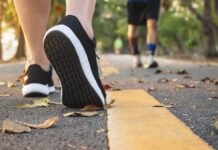 States With the Most Health-Conscious Residents