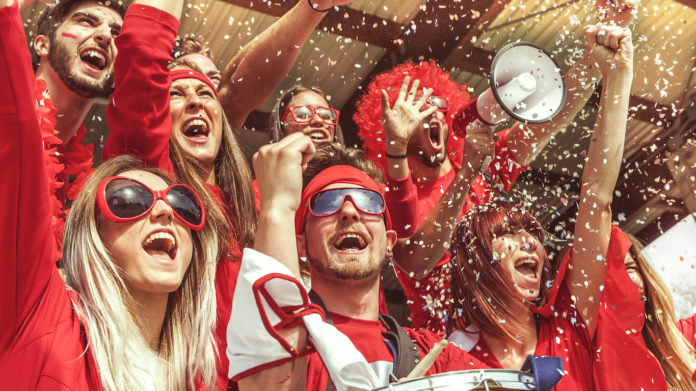 Home game attendance is a good proxy for overall fan engagement. If a team has been bad for a long time, fans may stop buying tickets to their games and may even not bother to watch their games on TV. But if the team rebuilds and starts winning again, attendance is all but guaranteed to increase.

24/7 Wall St. reviewed ESPN data on the changes in average attendance between 2008 and 2018 at regular season home games for the NHL, NBA, MLB, and NFL to determine the teams adding the most fans.

Teams that have consistently competed for titles are generally not among the teams adding the most fans — they’ve never lost their fans. Supporters of the New England Patriots packed Gillette Stadium to capacity for each game in 2018, just as they did in 2008.

But few franchises can operate on a level of consistent success like the Patriots — most are in a constant state of ebb and flow. Some teams that competed for titles a decade ago have seen their championship window close and now have to rebuild. The fanbases that once cheered those teams to victory are now less inclined to go see their games in person. These are the teams losing the most fans.

When determining the teams adding the most fans, we excluded teams that moved to significantly larger stadiums or increased the seating capacity at their existing stadium. The Green Bay Packers added 7,000 seats to Lambeau Field in 2013, leading to increased attendance totals. Yet Lambeau was 95.6% full for the average 2018 home game, compared to 96.9% a decade earlier. The Dallas Cowboys average home attendance increased by nearly 45% from 2008 to 2018 because the team moved into AT&T Stadium — a state of the art billion dollar arena that can fit up to 100,000 fans. These are the most expensive stadiums in the world.

To determine the teams adding the most fans, 24/7 Wall St. reviewed 10-year percentage changes in average attendance at regular season home games in the NHL, NBA, MLB, and NFL. Attendance figures are from ESPN and are as of the most recent completed season — the 2018-2019 season for the NHL and NBA, and the 2018 seasons for the NFL and MLB — and the season 10 years prior. Teams that significantly increased their attendance capacity either by expanding their current stadium or moving to a new, larger stadium were not considered. Several NBA teams moved arenas, but their total seating capacity remained essentially the same, so those teams were still considered.