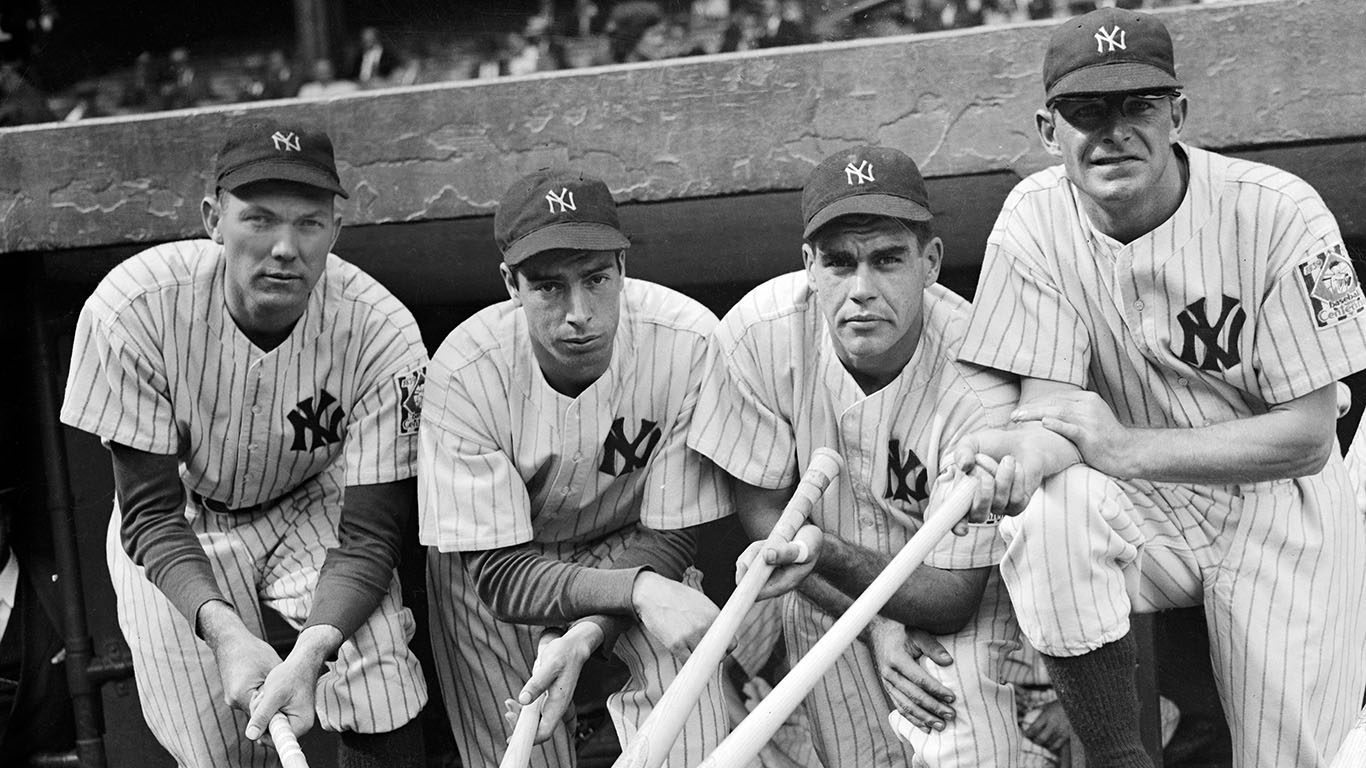 No team has ever come close to the greatness achieved by the 20th century New York Yankees. From 1926 to 1964, the Yanks never had a losing season — 39 years. In 19 of those 39 seasons, the Bronx Bombers also won the World Series. For context, no other MLB franchise has more than 11 championships total. The Yankees’ stars of that era are still among the greatest to ever play ball — stars like Babe Ruth, Joe DiMaggio, Lou Gehrig, Yogi Berra, and Mickey Mantle to name a few.