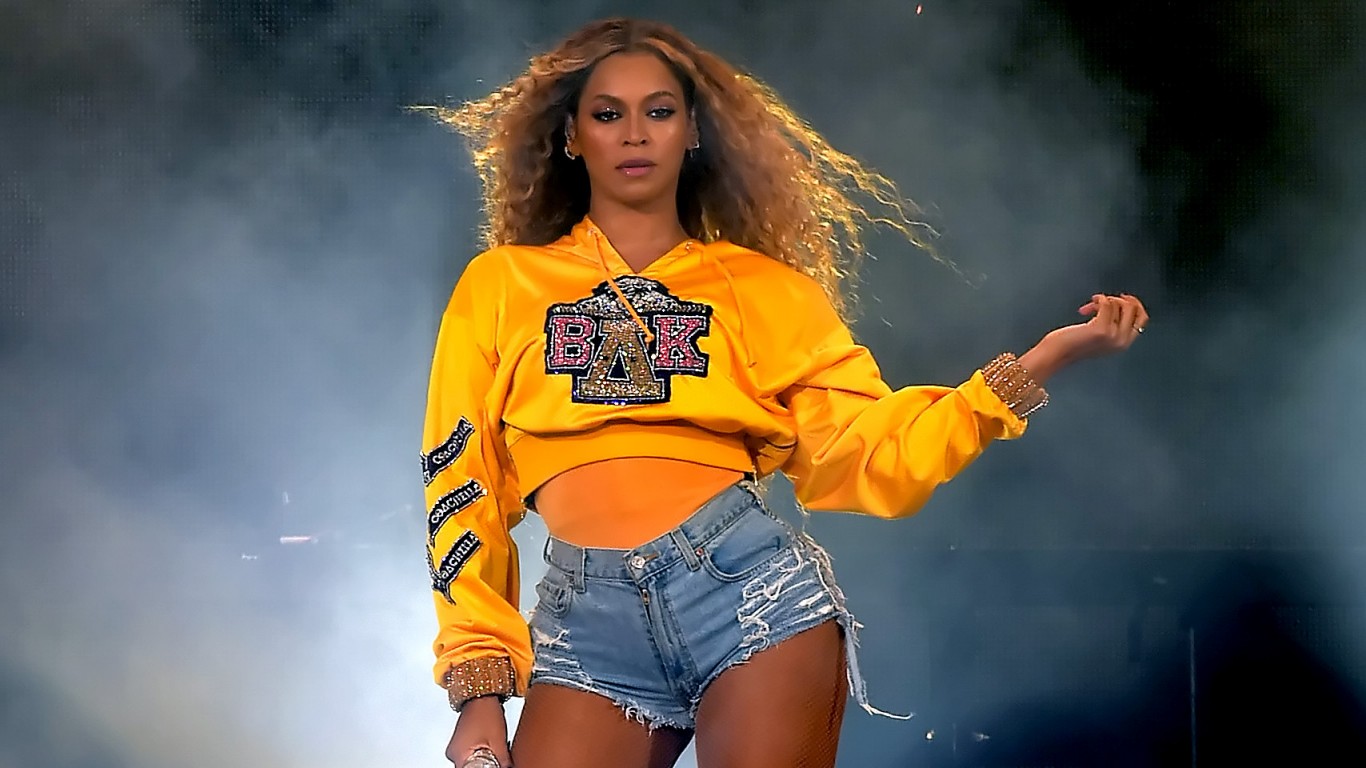 What began as Girl’s Tyme eventually became Destiny’s Child, which released its final studio album as a trio in 2005. Beyoncé recorded her solo debut during a 2003 hiatus and it contained the smash singles “Crazy in Love” and “Baby Boy.” She’s now the most awarded singer and female artist (respectively) in Grammy history, with 11 chart-topping singles to her name. 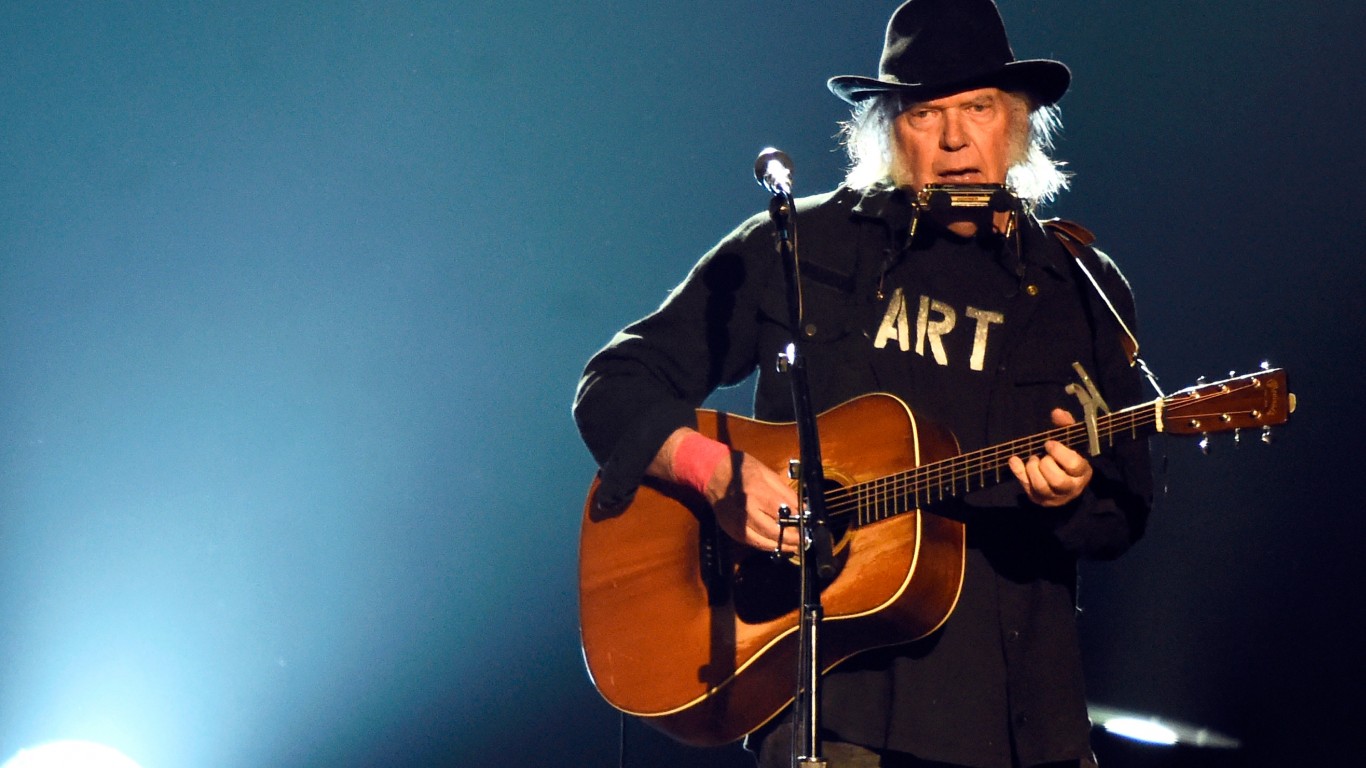 Formed in 1966, Buffalo Springfield scored a top 10 hit with the protest song “For What It’s Worth.” Members Neil Young and Stephen Stills both embarked on wildly successful careers, occasionally reuniting for live tours and studio albums. As a solo act or with a backing band, Young has released over 40 albums to date. 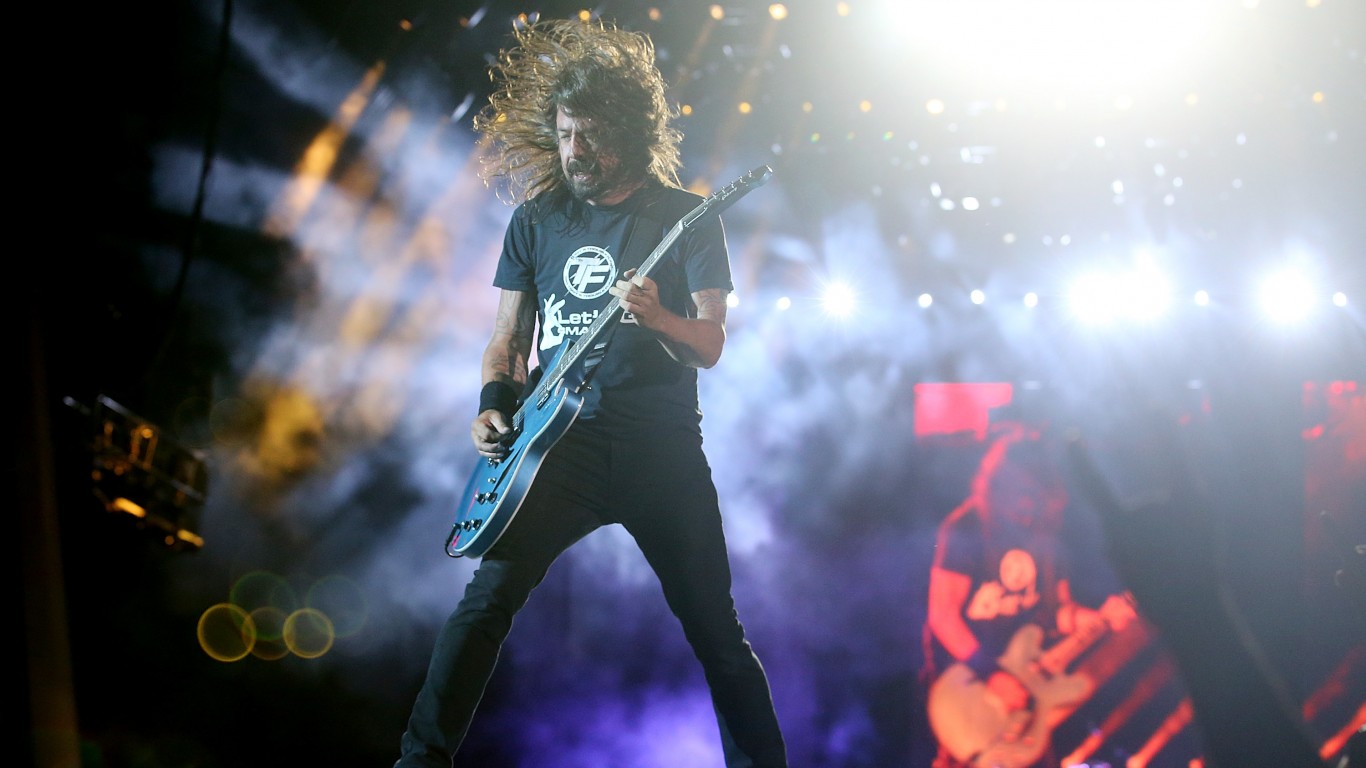 24/7 Tempo
The Most Popular Rock Bands of All Time 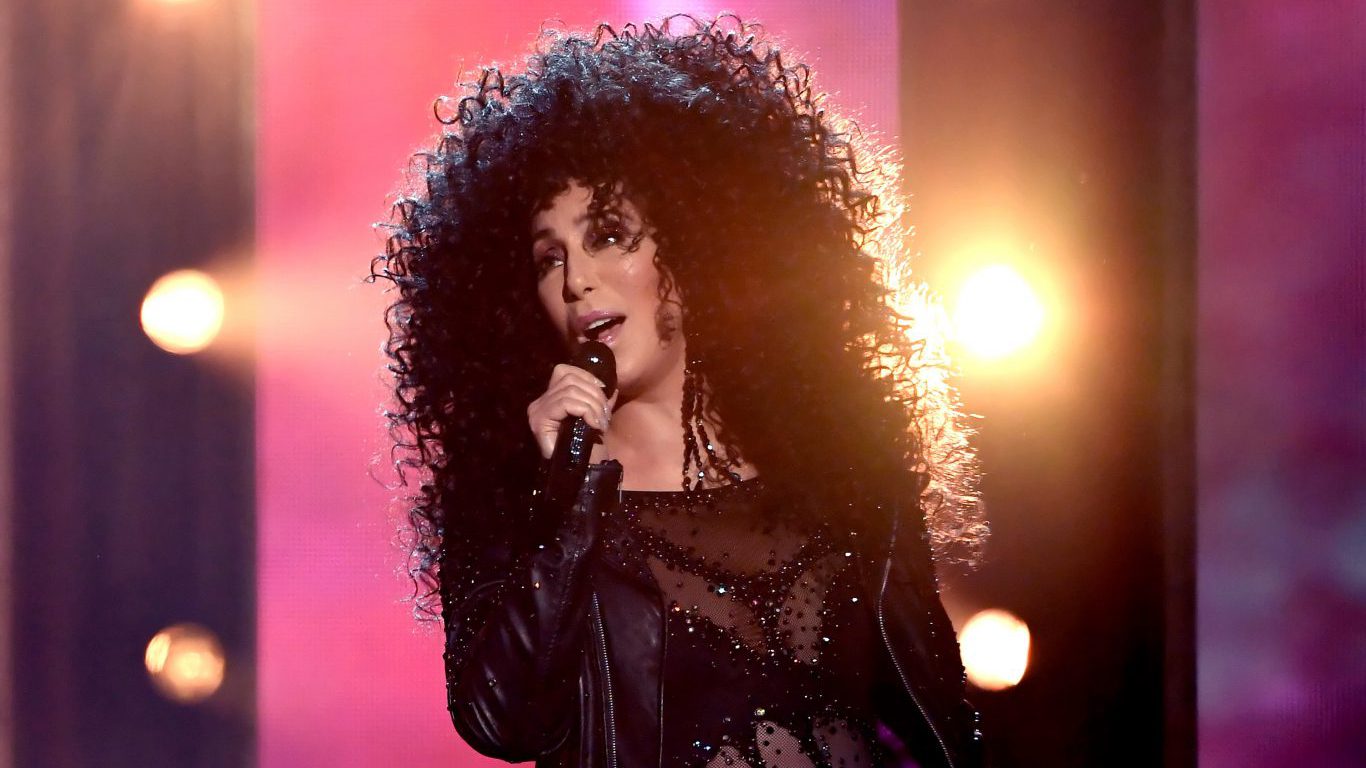 The husband and wife team of Sonny (Bono) and Cher followed a string of hit singles and albums with two similarly popular TV shows. Cher launched her solo career while still active in the duo and later, after splitting personally and professionally from Bono (who died in a skiing accident in 1998), broke chart records for a female artist. Her comeback hit “Believe” is one of the best-selling singles of all time. 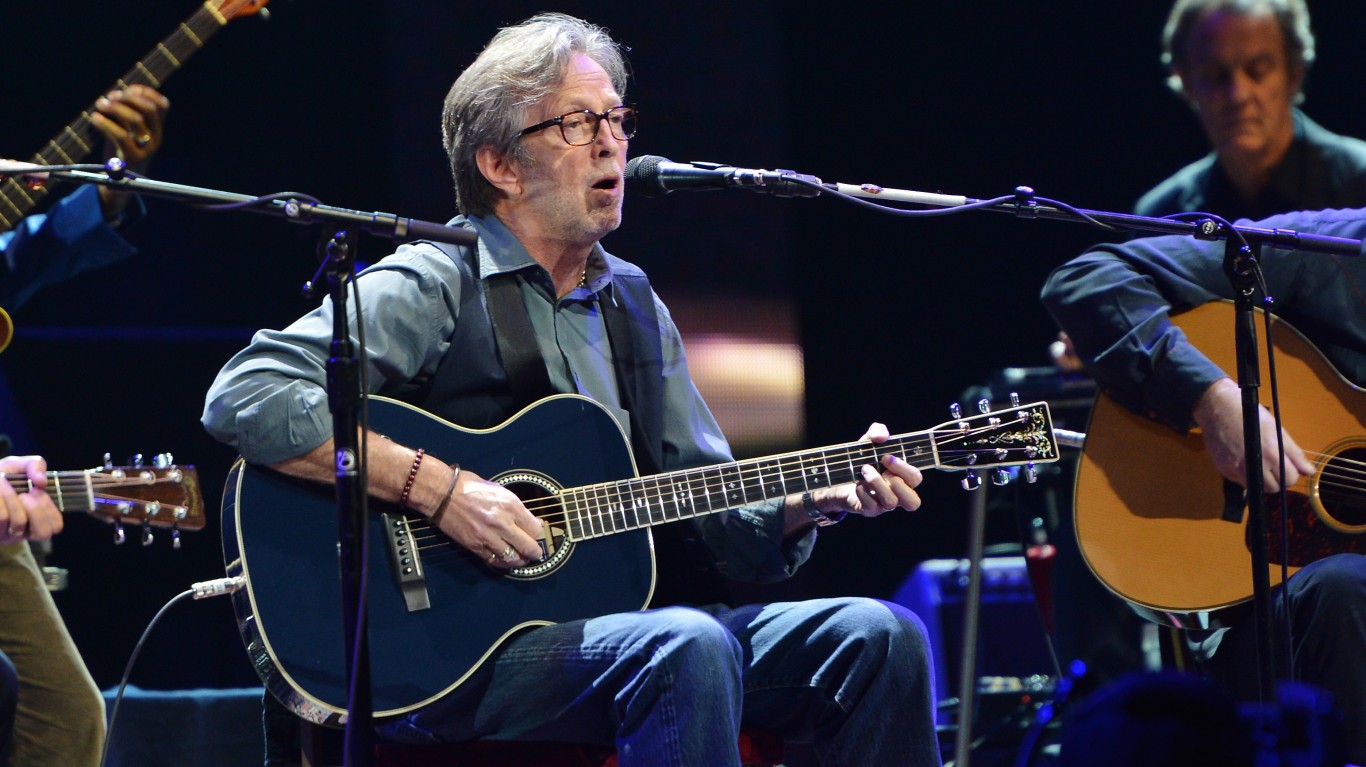 Cream was one among a number of seminal rock bands to count Clapton as a member throughout the 1960s into the early 1970s (The Yardbirds and Blind Faith were two others). He grappled with various personal issues at the start of his solo career, which didn’t stop him from achieving massive success. His best-selling 1992 single “Tears in Heaven” was written about the death of his four-year-old son. 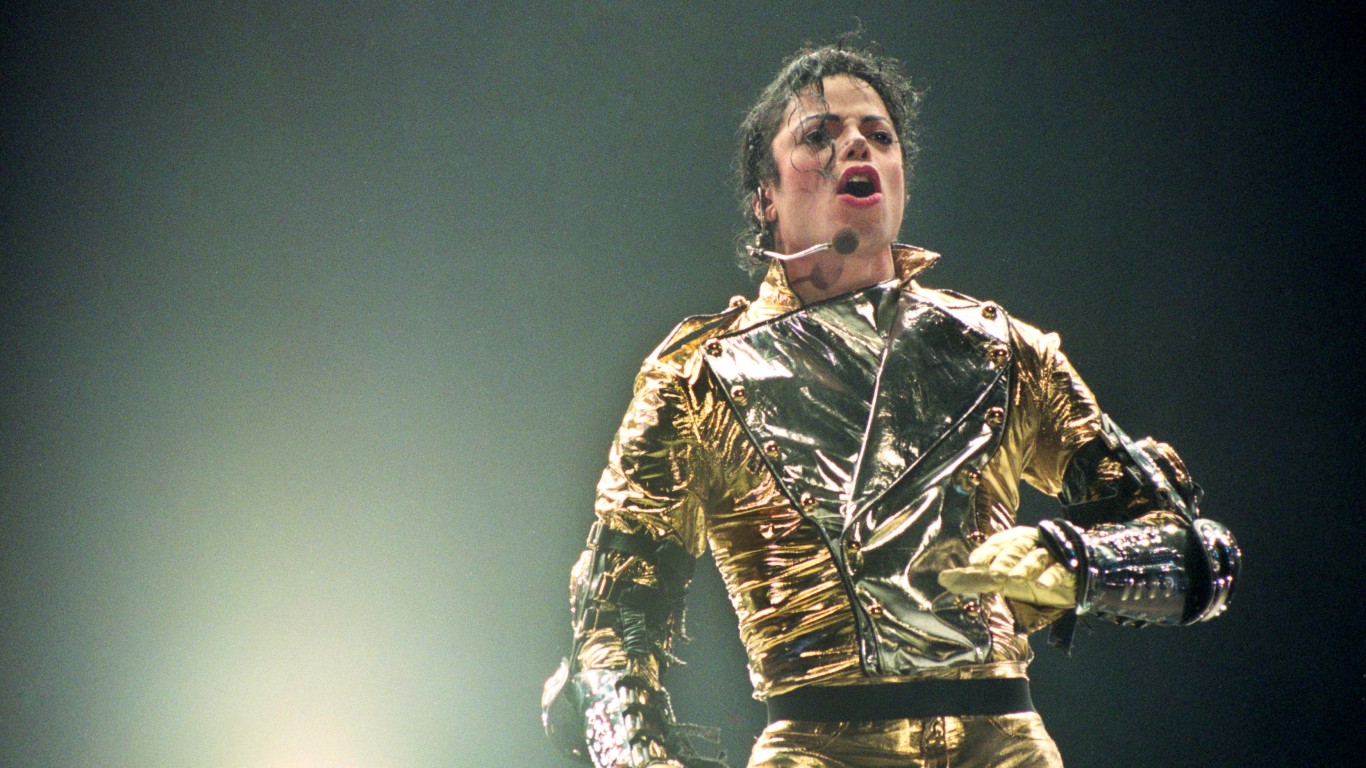 Upon signing with Motown, The Jackson 5 became the first group in history to debut with four consecutive chart-topping singles on the Billboard Hot 100. He became a teen idol soon afterwards and released his first solo album – “Got to Be There” – in 1972. He’s now considered the Most Successful Entertainer of All Time, according to Guinness World Records.