The United States is mostly a vast, public transportation desert, especially compared to other developed European or Asian countries. Buses, trains, light rail systems, and subways tend to have lower ridership levels and longer wait times in part due to the country’s suburban sprawl, car culture, and a public generally unwilling to support loss-leading transportation policies supported by public money.

Outside of a handful of large urban areas, most Americans rely heavily on private vehicles while the carless are left with few low-cost commuting and errand-running options. But there are some pockets of the country with fairly decent public transport options. (These are the cities with the longest commutes.)

To determine the 25 small cities with the best public transportation systems, 24/7 Wall St. constructed an index using data on transit ridership and performance for all U.S. transit systems from the Federal Transit Administration’s National Transit Database, the U.S. Census Bureau’s American Community Survey, and other sources.

These 25 small American cities have the best systems to move people around, mostly by bus. Three of them also offer ferry service, and two — Alexandria, Virginia, and Salt Lake City — have light rail systems. (What it actually costs to live in America’s most expensive cities.)

The share of commuters who use public transport in these small cities averages about 11%, and ridership averages about 22 people per hour. The age of the vehicles (mostly buses) used by these systems ranges from 3.2 years in Vail, Colorado, to 11.5 years in Ames, Iowa.

Thanks to its proximity to the nation’s capital, Virginia has the largest number of small cities with the best public transportation infrastructure on this list: Blacksburg, Arlington, Richmond, and Alexandria. New York has three cities on the list: Ithaca, Long Beach, and Albany.

The country’s largest state by population, California, has only two small cities with the best public transportation, Santa Cruz and Davis, but Davis leads the cities on this list in the average number of users per hour. Texas, the second-largest state by population, has no cities on the list. Only 16 states have small U.S. cities with the best public transportation based on ridership, frequency, and fleet age.

Here is the small American city with the best public transportation 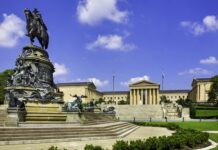 The Museums Where Ticket Prices Have Risen the Most 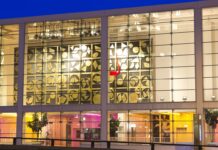 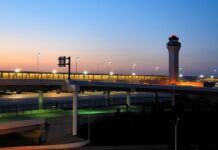 This is the Best U.S. Airport for Summer Travel