24/7 Tempo
Home Entertainment Rappers With the Most Hits

R&B/hip-hop music is the most popular genre in the U.S. since it overtook rock in 2017. Its influence has become so great that it spread to nearly all other popular genres, from rock to country. Because of its popularity, there are countless musicians trying to succeed within the genre, with many trying their hand at one of the genre’s cornerstones — rapping.

Not everyone can be the best, of course, and there are a limited number of spots at the top. The best rappers are able to release several hit songs, consistently outperforming the competition in terms of popularity.

To determine the rappers with the most hits, 24/7 Wall St. has examined artists’ performance on Billboard’s Hot Rap Songs chart, which has been tracking the most popular rap songs since 1989. These rappers have repeatedly released songs that command the attention of the genre’s fans, cementing their status as the very best.

Billboard has altered the way it determines its chart rankings over the years, and in 2012 it began incorporating digital download sales and streaming data in the ranking. This has helped numerous younger rappers chart multiple hits, when they may not have under Billboard’s pre-2002 method of simply tracking physical singles sales. Cardi B, Post Malone, and Kodak Black are among the rappers who have both had the most hits and are still under 30 years of age.

Artists from the days before streaming are included as well. Public Enemy — who had 11 songs on the Hot Rap charts — scored their biggest hit with “Fight the Power” in 1989. One year later, M.C. Hammer “U Can’t Touch This” peaked at No. 2. He had 14 songs chart in total.

The No. 1 rapper on this list — the one with the most songs on the Hot Rap Songs chart — will likely not be a surprise to rap fans. He’s broken numerous records in recent years, and has nearly twice as many charting songs as the artist in the No. 2 spot.

To determine the rappers with the most hits, 24/7 Wall St. identified those artists who have had the greatest total number of unique songs appear on Billboard’s Hot Rap Songs chart. Only songs in which the rapper in question was the primary artist were included in their count. For instance, a song by Jay-Z that features Kanye West would only be counted for Jay-Z, not Kanye West. Ties were broken by the greatest number of total weeks spent on the chart in cases where two or more artists had the same number of charting songs. Biggest rap hit refers to the artist’s song that performed best on the chart, and the date refers to the year the song peaked on the chart, not necessarily when the song was released. 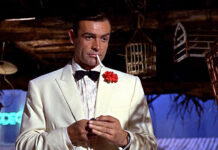 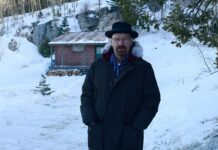