The thought of the smartphone being cutting-edge technology may make teenagers laugh, but there was a time when people didn’t have everything available at the touch of a button. Long-distance communication was unheard of, and listening to music on the go was a novel concept.

Most of the technologies we use today have completely taken over what were considered pioneering devices just a few decades ago. But almost every gadget today has an early version that changed the way people live.

Many other products would not exist today without their predecessors. 24/7 Tempo compiled a list of pioneering inventions that hardly anyone uses anymore. We reviewed company websites, reference materials, and media sources. We considered products that were invented mostly over the last century and that have significantly changed the way people perform a task or communicate.

Many of today’s cherished ideas, technologies, and even foods can be traced back to the ancient world. Did you know that pancakes might have existed as early as the Stone Age? Here are 20 ancient inventions we still use today. 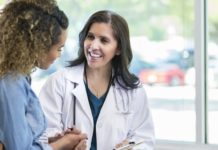