On March 1, 1872, the U.S. Congress established Yellowstone as the world’s first national park. Situated mostly in what would later become the state of Wyoming, Yellowstone National Park was placed under control of the U.S. Department of the Interior “as a public park or pleasuring-ground for the benefit and enjoyment of the people.”

Today this natural reserve that kicked off a global national park movement isn’t even Wyoming’s most popular park. In 2021, Wyoming’s most visited national park was the rugged alpine terrain of Grand Teton, about 10 miles south of Yellowstone in the northern section of Jackson Hole Valley.

To identify the states where people visit national parks the most, 24/7 Tempo reviewed the visitation reports by state and by park for year 2021 from the National Park Service, ranking states based on total visits to each one’s parks. Included in our count of national parks are national parkways, national seashores, and national recreation areas. (Population data comes from the U.S. Census Bureau.)

Every U.S. state – as well as Washington D.C., the U.S. Virgin Islands, Guam, Puerto Rico, and American Samoa – has at least one national park. California and Alaska lead with nine and eight national parks, respectively, and California is also the state recording the most national park visits. (Alaska doesn’t make the top 20, likely because of the relative inaccessibility of many of its parks. For the same reason, it occupies the top three slots on our list of America’s least popular national parks.)

California is also the site of the single most popular national park in the nation, the Golden Gate National Recreation Area of San Francisco, which attracts more than 13 million visitors every year.

Among the other most visited U.S. national parks are Gulf Islands National Seashore near Pensacola, Florida; Utah’s Zion National Park; and the Blue Ridge Parkway of North Carolina. In all, a dozen parks attract more than four million visitors apiece each year, among them Tennessee’s Great Smoky Mountains, New York’s Gateway National Recreation Area, and Virginia’s George Washington Memorial Parkway. Virginia also records the second-highest number of overall park visits after California. (These are all of America’s most visited national parks.) 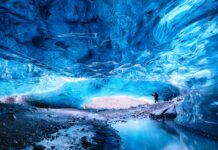 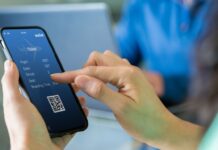 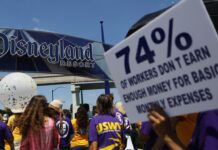