One would be hard pressed to find an event that brings more entertainers together in one place than the Academy Awards. Each year the ceremony is held by the Academy of Motion Picture Arts and Sciences to “recognize and uphold excellence in the motion picture arts and sciences,” assembling Hollywood’s biggest stars in the process.

The 92nd Academy Awards, scheduled for Sunday, Feb. 9, 2020, and airing live on ABC, will be no exception. From the red carpet to the awards ceremony itself, viewers will get to see nearly all of Hollywood’s top brass, with this year’s nominees including Scarlett Johansson, Margot Robbie, Leonardo DiCaprio, Tom Hanks, and more.

As the awards ceremony nears, 24/7 Tempo has looked back at the past 92 years of awards and created an index of the most popular Oscar winners of all time. This list is based on the winners’ popularity and the appeal of their work among movie fans today.

Among the most popular Oscar winners are actors both young and old, as well as a number of directors. They also hail from all corners of the U.S., despite most now living in California. Here is the most famous actor from each state.

While fans and industry insiders frequently debate the merits of many Academy Award recipients, those featured here are the most popular — and therefore, at least in that respect, deserving of the distinction. There are many talented, Oscar-winning filmmakers who are not included here. See who won the Oscar for Best Director every year since the Oscars began here.

The number of user votes a film or television episode received on the Internet Movie Database (IMDb) was used as a proxy for a given winner’s popularity. A winner’s total popularity was determined by the sum of the votes the winner received for all the films and television episodes for which he or she is credited as being in a top-billed role or as director. Winners were only given credit for episodes of television series in which they appeared or they directed. IMDb vote counts for winners in starring roles were given equal weight in the index to Wikipedia pageviews. Wikipedia pageviews were collected for the two years ending Jan. 10, 2020. All Oscar data is from IMDb.com. 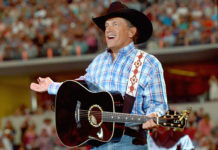 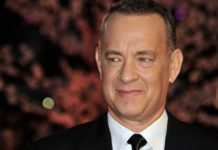