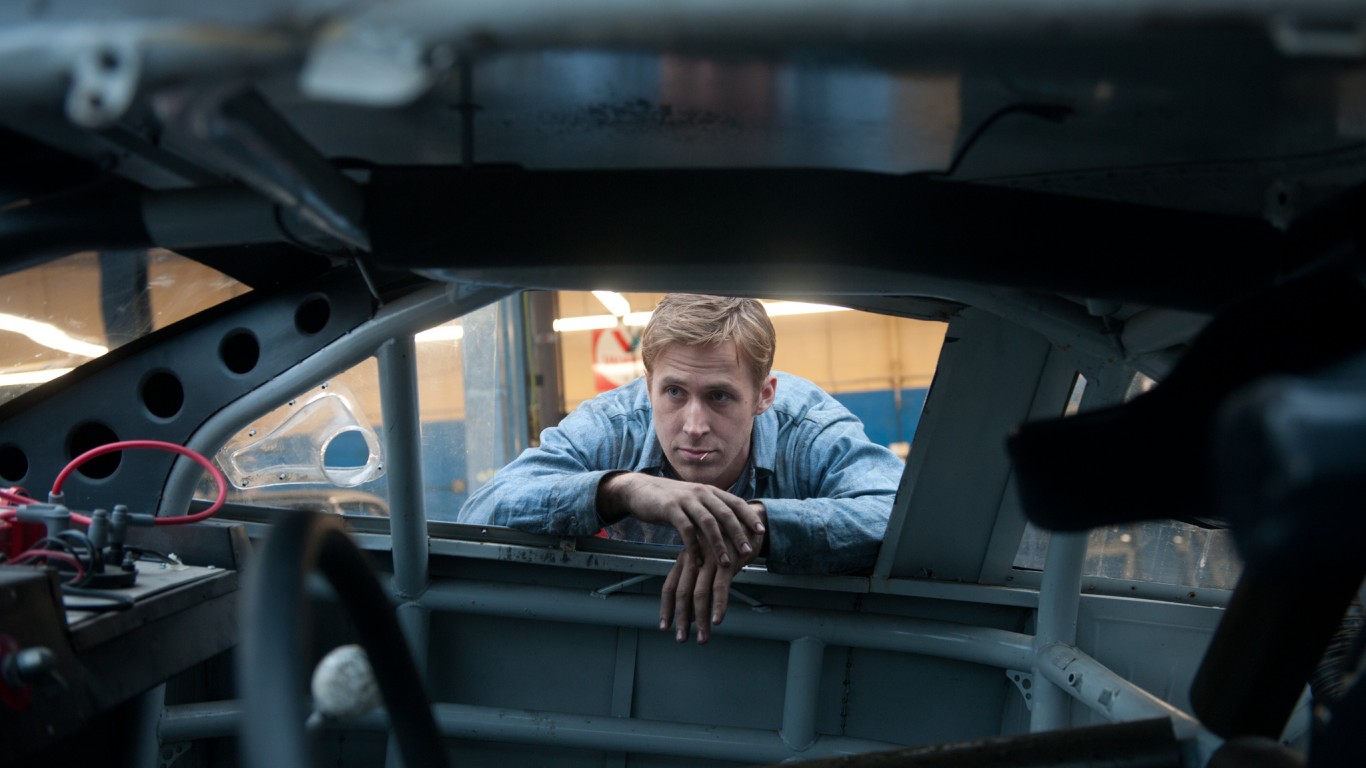 The slick, stylish, neo-noir film “Drive” is about a movie stunt driver (Ryan Gosling) who moonlights as a getaway driver. He tries to put his life of crime behind him when he falls in love with a woman.

Though there are a number of impressive cars featured in the film, the main vehicle is a 1973 Chevy Malibu. Gosling himself selected the car from a Los Angeles junkyard, according to director Nicholas Winding Refn. The car is understated, but powerful — much like Gosling’s character in the film. 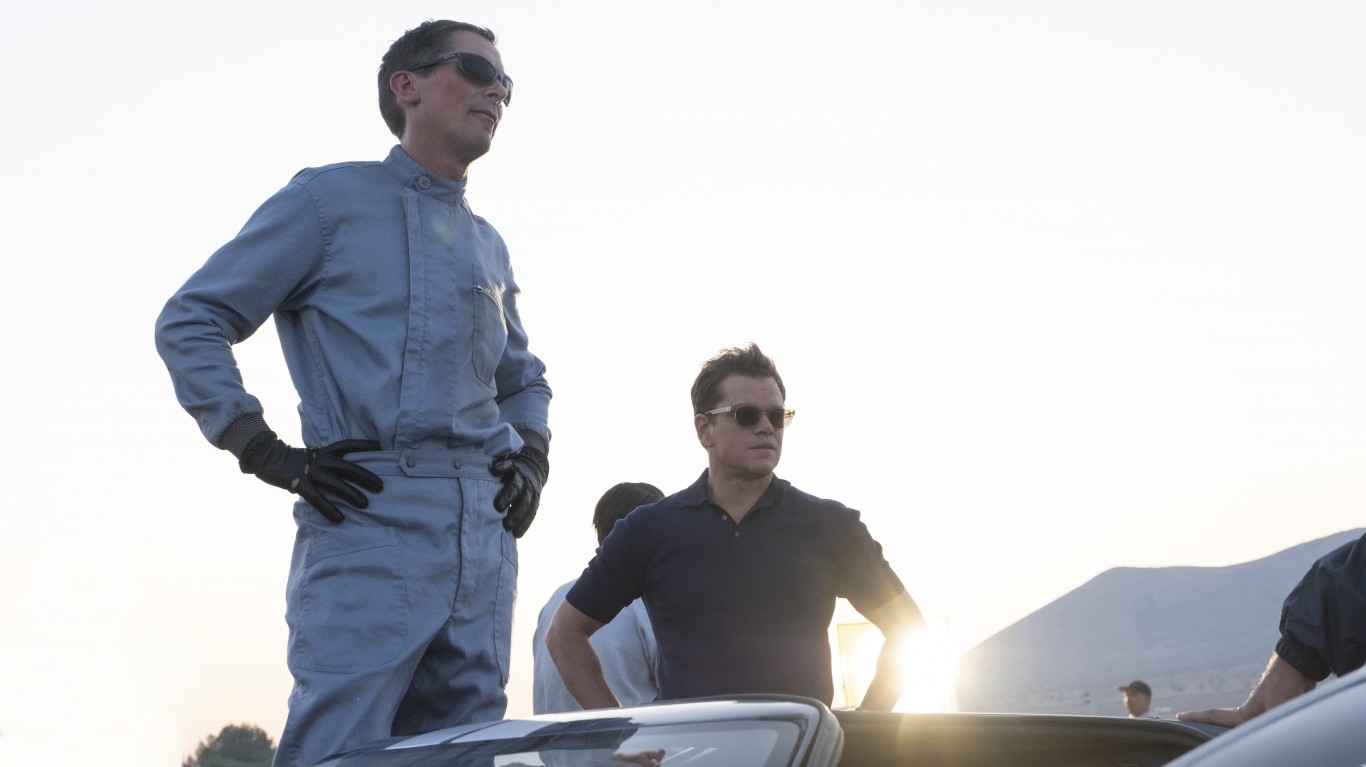 The film “Ford v Ferrari” tells the true story of how legendary car designer Carroll Shelby and driver Ken Miles were tapped by Ford executives to build a superior race car and unseat Ferrari as the dominant car brand at the prestigious 24 Hours of Le Mans endurance race. The car they came up with was the 600 horsepower Ford GT40 Mk II, though replicas were used for the movie.

The film won two Oscars (sound editing and film editing) and received rave reviews — with 92% of critics and 98% of moviegoers giving “Ford v Ferrari” positive marks, according to Rotten Tomatoes. 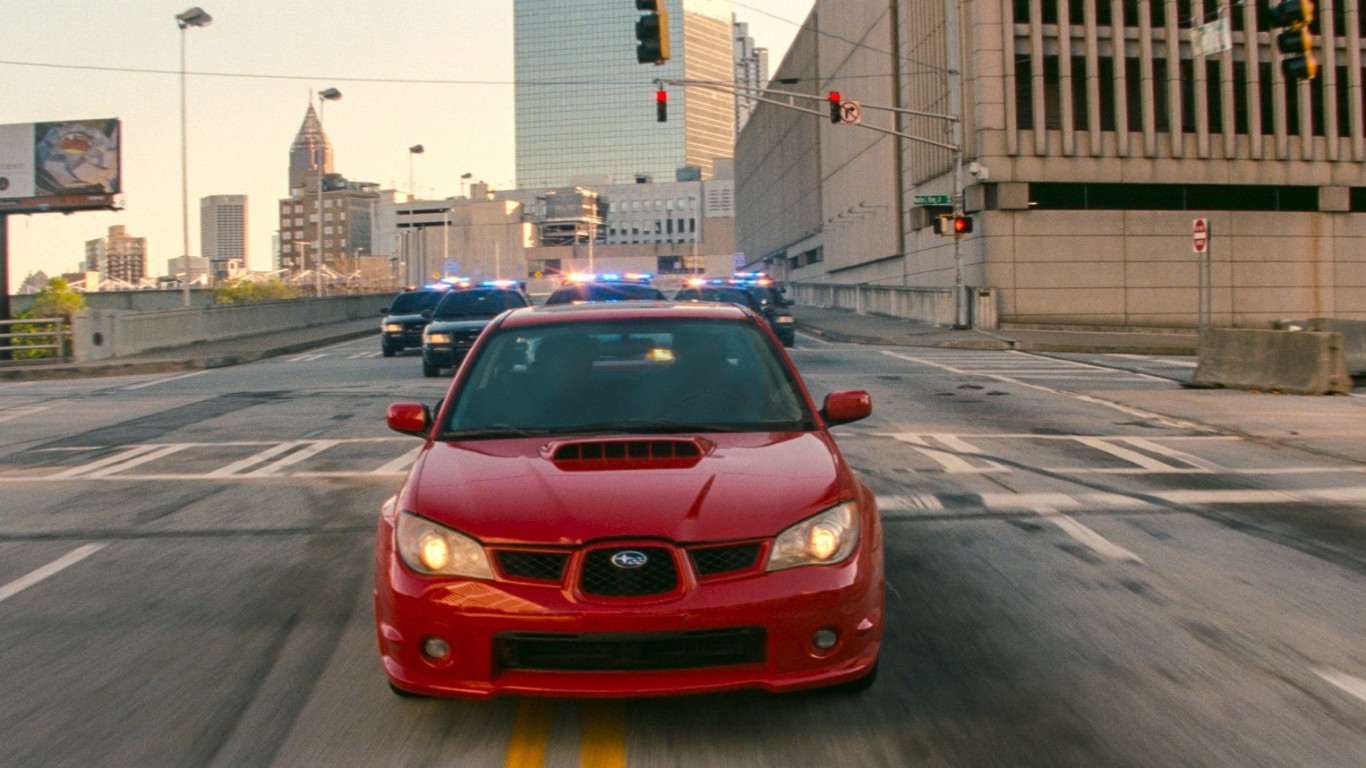 2017 heist flick “Baby Driver” centers on a tinnitus-afflicted getaway driver who uses music to time and choreograph his escapes from bank robberies. In the film, Baby (Ansel Elgort) flees the scene in a flashy, red 2006 Subaru WRX — screeching and spinning the speedy Subaru away from the police with some impressive 180 degree spins.

By Grant Suneson and John Harrington