Baseball players take the unwritten rules of the game very seriously. So when the Tampa Bay Rays accused Boston Red Sox outfielder Coco Crisp of breaking them by intentionally trying to hurt an opponent, they also turned to on-field retribution. A day after Crisp slid into second baseman Akinori Iwamura, Rays pitcher James Shields plunked Crisp, who responded by charging the mound. The two exchanged wild haymakers, most of which missed, before their teammates came into the fracas, wrestling Crisp and Shields to the ground and exchanging some blows on the ground.

A relatively routine dustup in 1977 turned out to be one of the most shocking and dangerous incidents in American sports history. Los Angeles’ Kareem Abdul-Jabbar and Houston’s Kevin Kunnert tussled near half court, and players came running to their aid. The Lakers’ Kermit Washington stood near the two and saw Houston’s Rudy Tomjanovich running toward him, so he wound up and punched Tomjanovich. It turned out to be a devastating hit — breaking Tomjanovich’s face in four places and causing spinal fluid to leak — putting his life in danger. Tomjanovich had to spend days in the ICU and go through several surgeries. Washington was suspended for a then-record 60 days. 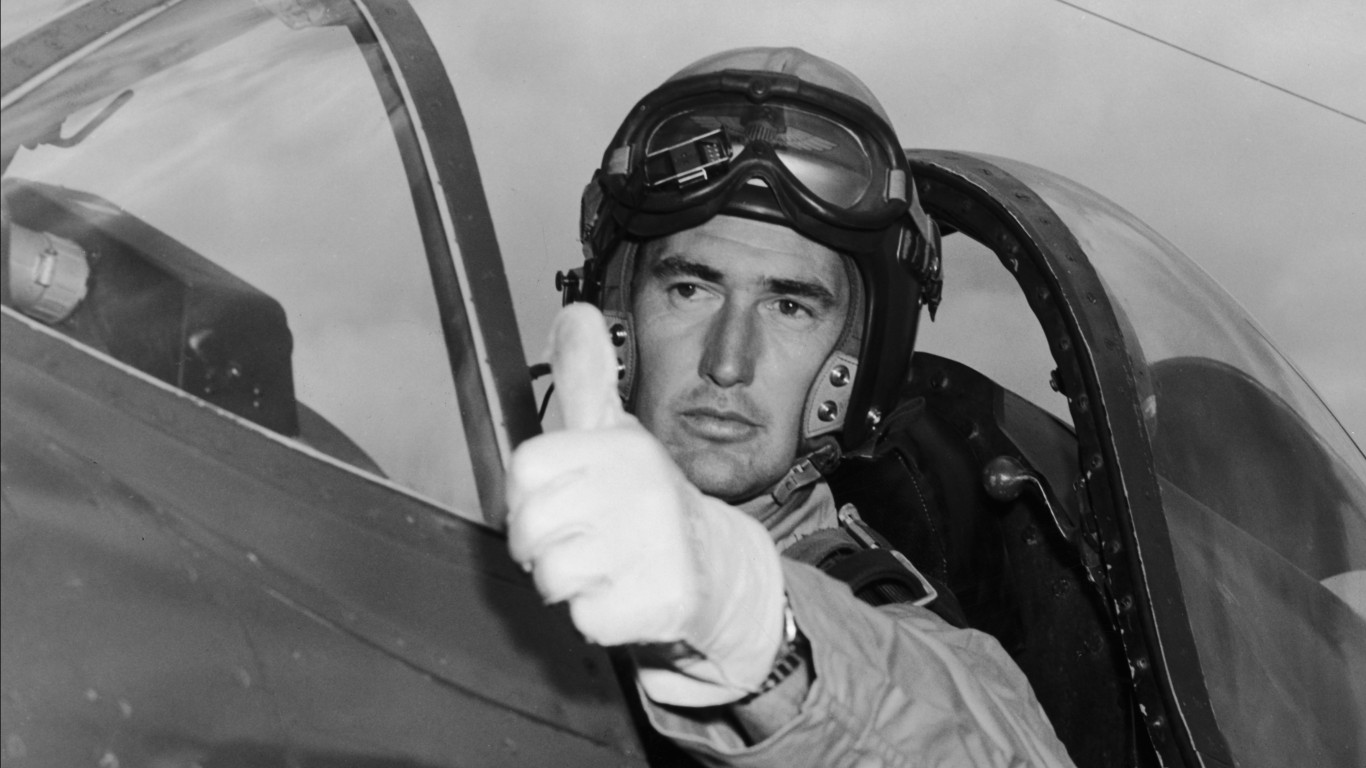 24/7 Tempo
Greatest Athletes Who Served in the US Military

Just two seasons after trading away Wayne Gretzky, all eyes were on the Edmonton Oilers as they traveled to Los Angeles to face Gretzky and the Kings. It was enforcers like L.A.’s Marty McSorley and Edmonton’s Mark Messier, however, that stole the show, brawling less than two minutes into the game. The teams would fight each other and play dirty throughout the entire game, earning an NHL record 86 total penalties. McSorley would eventually be ejected, along with Edmonton’s Steve Smith and Jeff Beukeboom. The Kings ended up winning the game thanks to Gretzky’s goal and two assists, but the Oilers got the last laugh, hoisting the Stanley Cup at the end of the season.

An ugly incident marred the end of what was a great Super Bowl between the New England Patriots and Seattle Seahawks. Russell Wilson threw a goal-line interception with less than 30 seconds left in the game, so the Pats just needed to take a knee to end the game and start the celebrations. But the Seahawks defensive line launched into New England’s offensive line, leading to a massive melee at the end of the big game. Seattle’s Michael Bennett and Bruce Irvin got into it with New England tight end Rob Gronkowski. Irvin was ejected for hitting Gronkowski in the face, but the game eventually got back on track and the Pats clinched the title.

Though this Giants-Nationals brawl started as a result of a feud between Bryce Harper and Hunter Strickland, Mike Morse got the worst of it. Harper and Strickland had a years-long spat since 2014, stemming from Harper’s postseason home runs off Strickland. The two exchanged words through the media about baseball’s “unwritten rules” afterwards. In 2017, Strickland hit Harper with a 98 mph pitch, and Harper charged the mound but wound up getting punched by Strickland, which led to a huge scuffle. Giants pitcher Jeff Samardzija charged in to attack Harper, but slammed into Morse, his teammate, giving him a career-ending concussion. Strickland was suspended for six games, while Harper missed four.