24/7 Tempo
Home Food How to Pick the Best Produce

The first rule for choosing the best fruits and vegetables is to buy what’s in season, and preferably what’s local. Sure, you can get strawberries in December and tomatoes in March, but they won’t have the flavor you’ll find in the same items when they’re at their seasonal best, and especially if they’ve just been harvested.

Season alone isn’t a guarantee of quality, though. Some things grow pretty much year-round in one corner of America or another, or keep well once they’re harvested. (Apples and potatoes are two examples.) And sometimes out-of-season produce imported from the Southern Hemisphere can be pretty good, despite its oversized carbon footprint.

But buying top-quality fruits and vegetables can be a little tricky at any time of year, wherever they’re from — and whether you shop at a supermarket, a neighborhood grocery store, a farmers market, or a farm or orchard itself. It’s important to find the right ones, though, because, as it turns out, according to research, eating fruits and vegetables is even more important than we previously thought.

Even so-called “ugly” produce can be extremely flavorful once you cut off the bad bits. And some companies are now specializing in delivering unappetizing-looking but often delicious fruits and vegetables to your door. At the same time, perfect-looking produce can sometimes be artificially ripened, so appearance isn’t a foolproof measure of quality.

That said, a bright, consistent color often can be a good sign. Other things to look for include firmness and, for many items, weight (heavier is better), and an absence of mold or bruises. For some produce, especially certain varieties of fruit, your sense of smell is a great tool, too. An appealing fragrance is almost always an indicator of something ripe and flavorful.

All in all, choosing the right fruit or vegetable to begin with is even more important than knowing the proper ways to store your produce.

Because the standards can be different for different kinds of produce, 24/7 Tempo has assembled hints for choosing the best examples of 30 popular items. 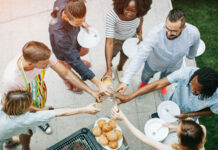 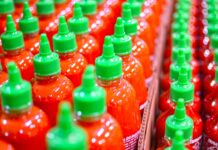 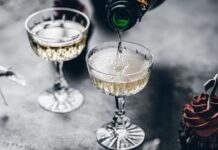