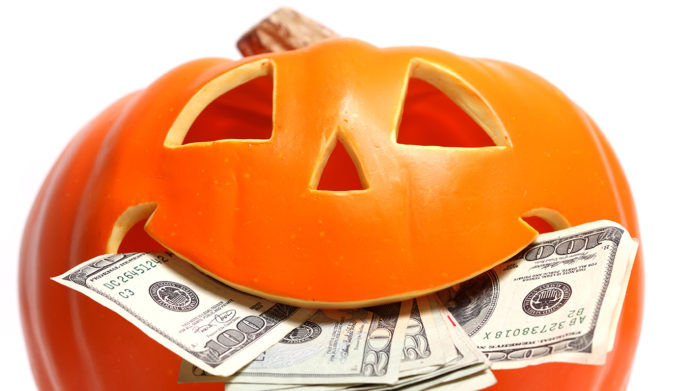 Halloween has become a billion-dollar industry in the United States. Americans are projected to spend $9 billion this year on Halloween-related items and activities, down from $9.1 billion last year, according to the National Retail Federation’s annual survey Prosper Insights & Analytics.

While more than 175 million Americans are expected to partake in Halloween festivities, the population that spends the most on the celebration is not evenly distributed throughout the country. There are several regions that are reporting higher spending than others.

To identify which cities spend the most on Halloween, 24/7 Wall St. created an index that included the number of costume stores, candy stores, haunted tours and haunted houses in each city that’s reviewed on Yelp. We only considered cities with at least 100,000 people. For smaller states, we considered the five largest cities. We also calculated the total pounds of the top three most purchased candies in each state. We took the share of people who live in the city and multiplied that total by the state candy consumption.