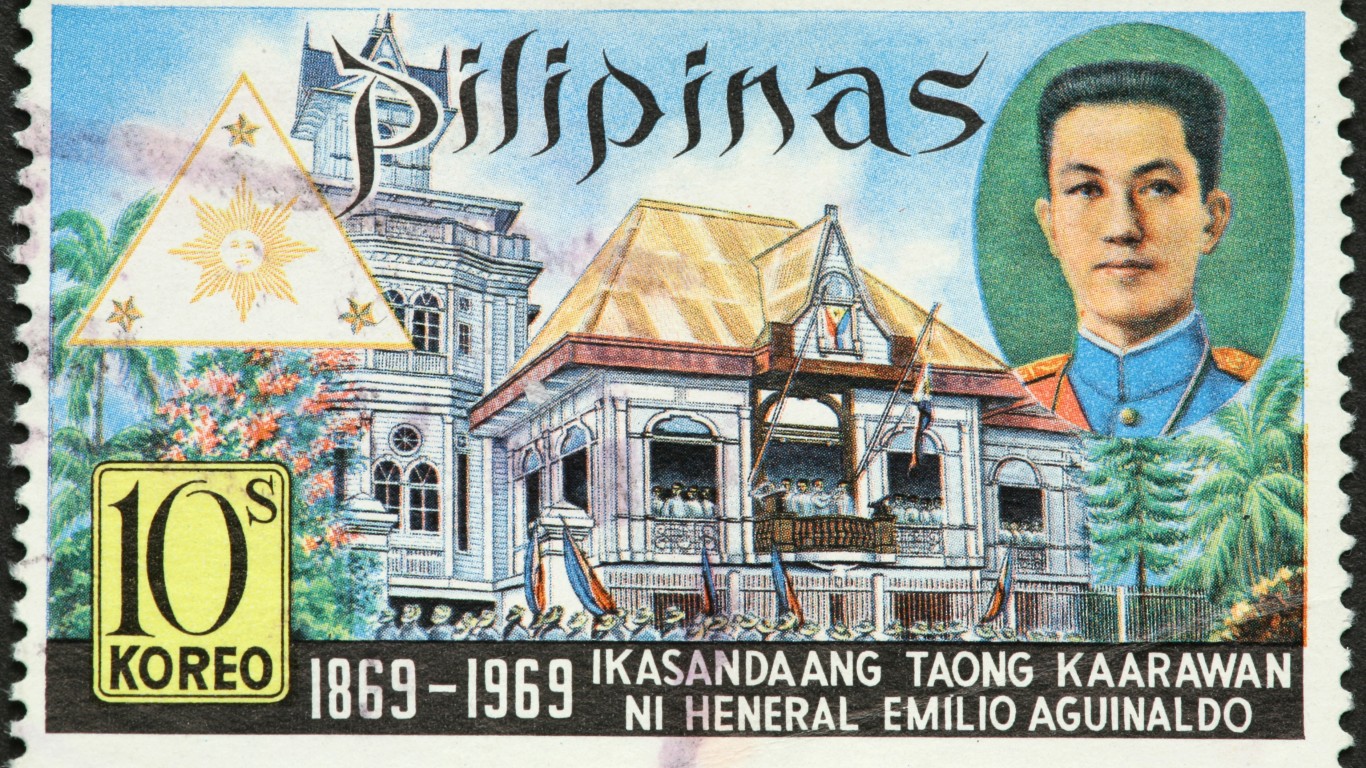 Emilio Aguinaldo had a long and colorful career fighting for Filipino independence. He led a rebel group that fought the Spanish in the late 19th century, then signed an agreement with Spain in 1897 agreeing to leave the Philippines in exchange for money and the promise of liberal reforms. He later assisted the U.S. in the expulsion of Spain from the Philippines, and became that country’s first president.

But his relations with the Americans deteriorated, and he led rebels against the U.S. After Aguinaldo was captured, he swore allegiance to America again and retired. When Japan invaded the Philippines in 1941, Aguinaldo was used as a puppet to urge Americans and Filipinos to surrender. After Japan was defeated, he was tried as a collaborator and jailed before he eventually received amnesty. 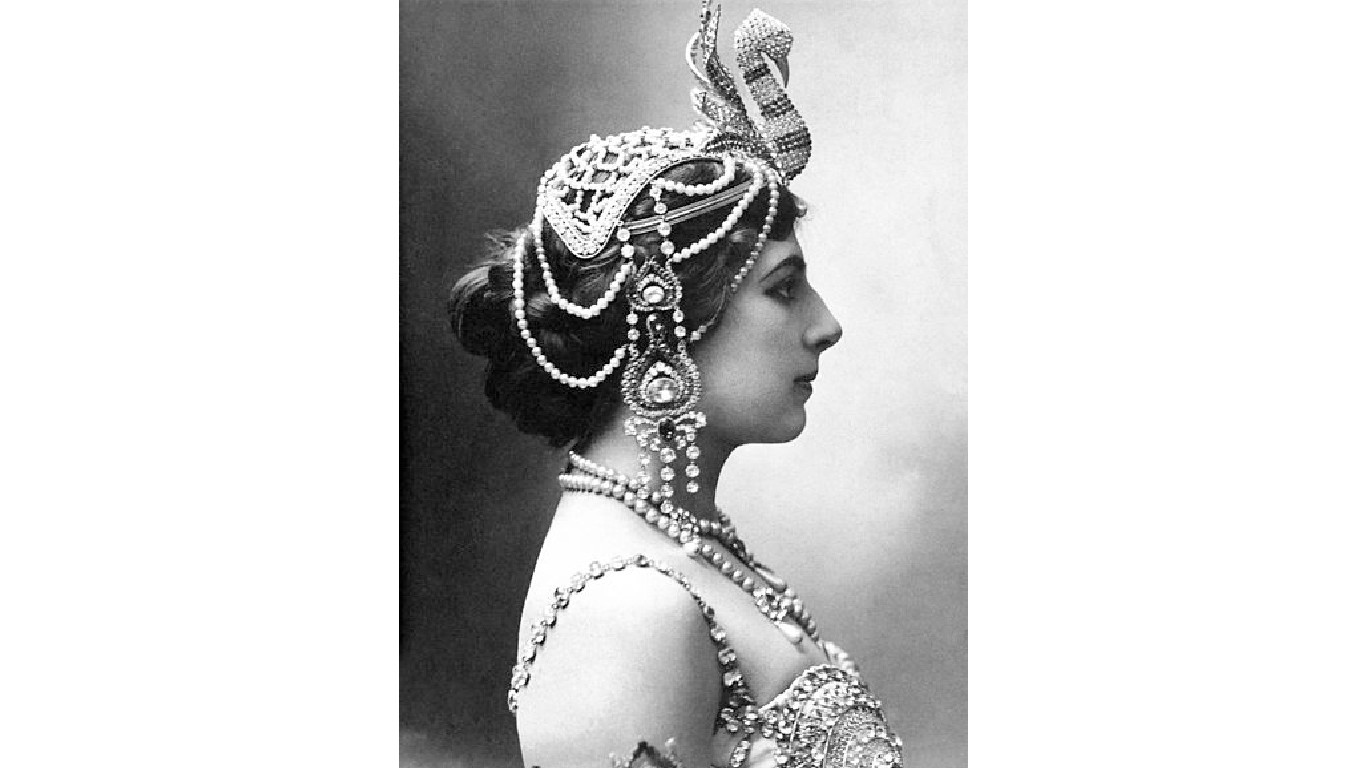 Mata Hari may be the most famous spy of all time, though there is some doubt as to whether she was a spy at all. Born Margaretha Geertruida Zelle in Holland, she was married at 19 to a Dutch military captain and lived in the Dutch East Indies. Her marriage deteriorated and she returned to Paris and took to the stage as an exotic dancer, captivating Europe with her exotic looks and Indian-influenced performances. (. “Mata Hari” means “eye of the day” or “sun” in Indonesian.)

Once her appeal faded, she took to seducing men in government. As a citizen of neutral Holland during World War I, she had some freedom of movement across borders. But her travels and liaisons with German officers got the attention of British and French intelligence. The French employed Hari as a spy but she may have been a German double agent. In any case, she was arrested for espionage in Paris in 1917 and executed by firing squad. Some historians believe she was a scapegoat for Allied military failures. 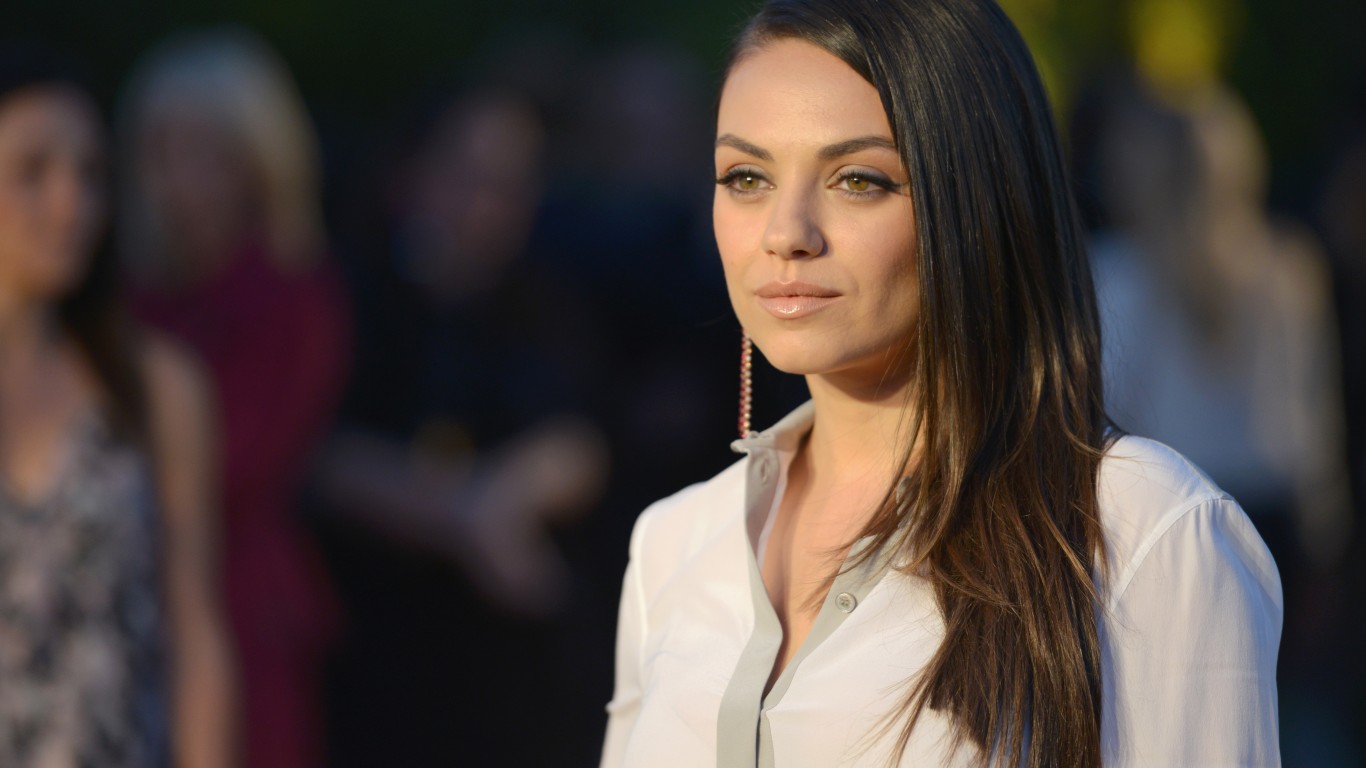 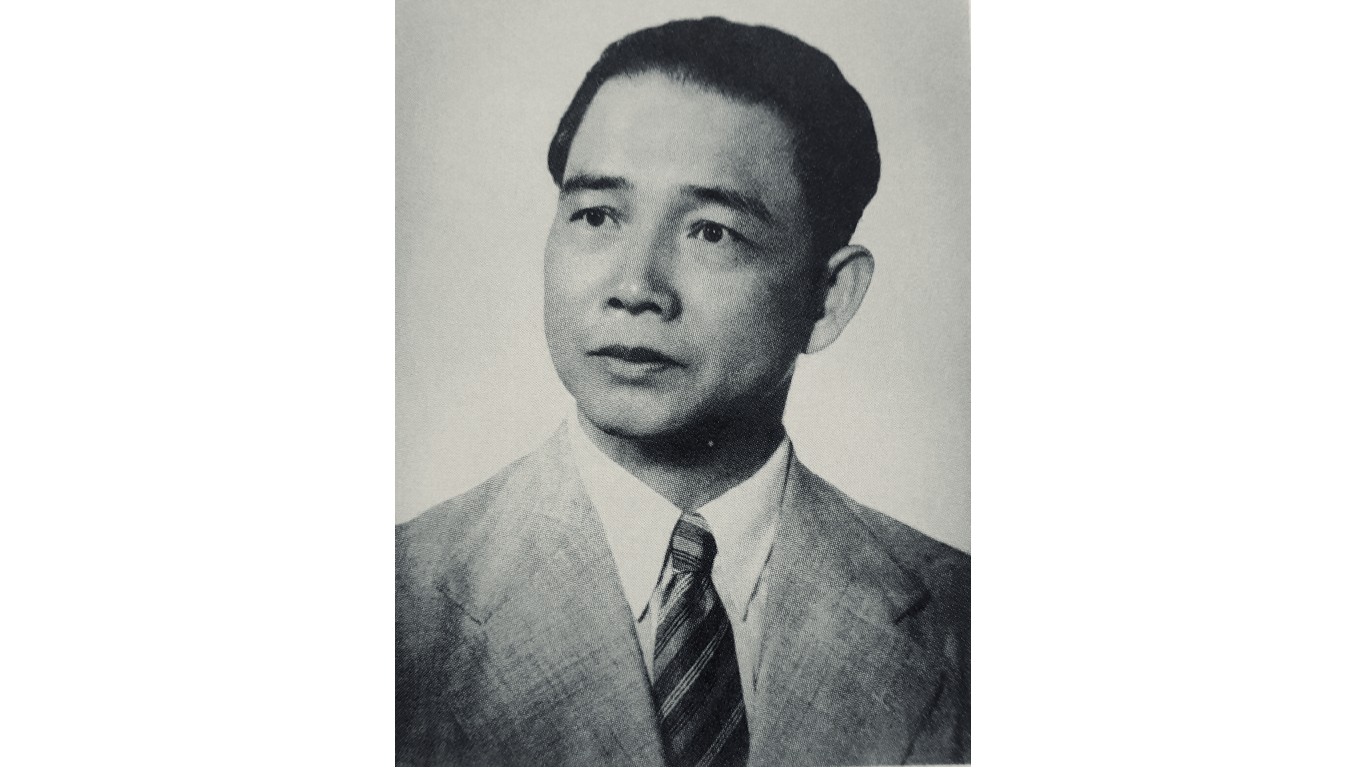 When war broke out with Japan in 1937, Wang issued a public statement seeking a peaceful settlement with Japan. After signing a secret agreement with the Japanese, Wang became the head of a new regime that oversaw Japanese-occupied territory in China – though the Japanese still exercised military and economic dominance over the area. Wang died in 1944 in Japan while getting medical treatment. He is reviled in both Taiwan and mainland China as a traitor to this day. 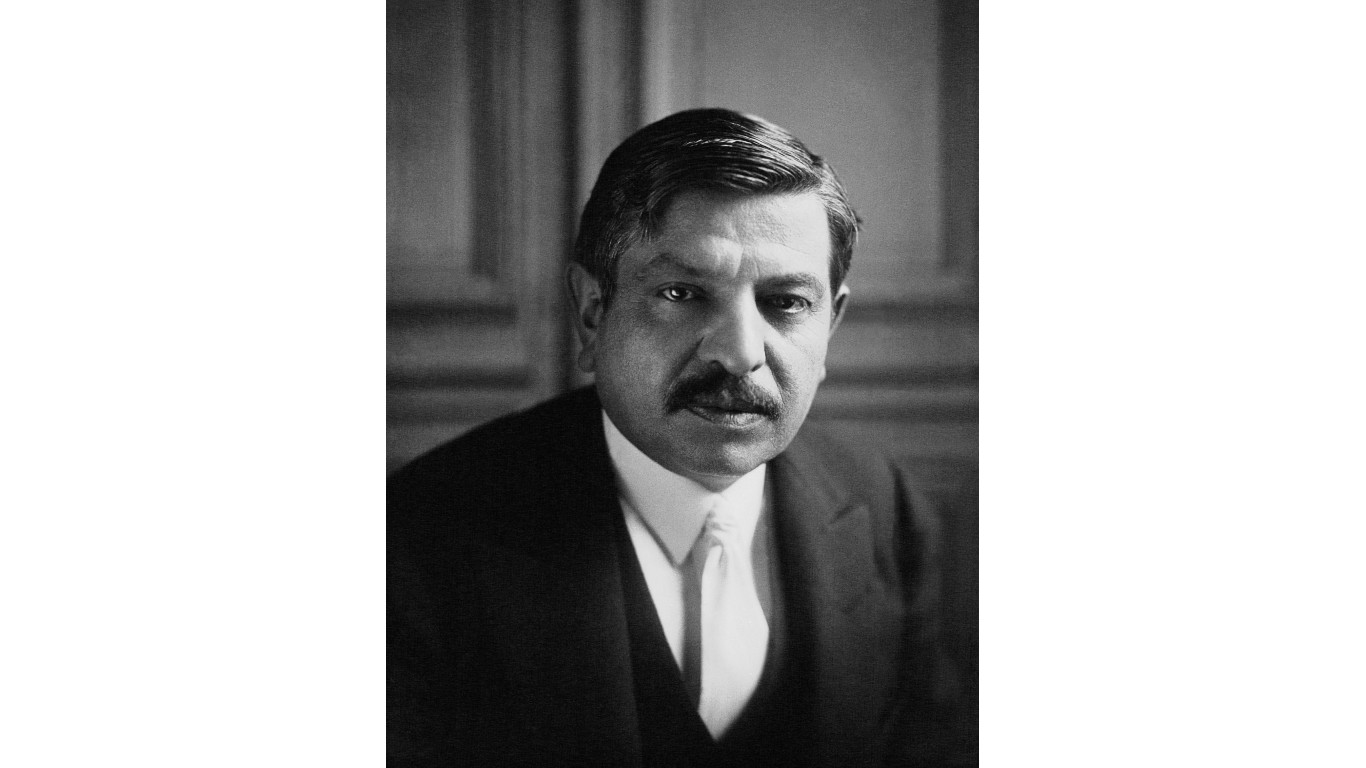 Longtime French politician Pierre Laval became, along with Philippe Pétain, the face of French collaboration with the Nazis during World War II. Laval served as prime minister of France twice in the 1930s and then became foreign minister. After France surrendered to Germany in 1940, Laval used his position to suppress the French Resistance, round up Frenchmen for forced labor in Germany, and help find and deport French Jews to concentration camps. Laval believed Germany was going to win the war and wanted to gain a strong position for France once the conflict ended. war.

Laval was arrested by the Free French when France was liberated. After the war he was tried for high treason and convicted. After a failed suicide attempt, Laval was executed by firing squad in 1945. 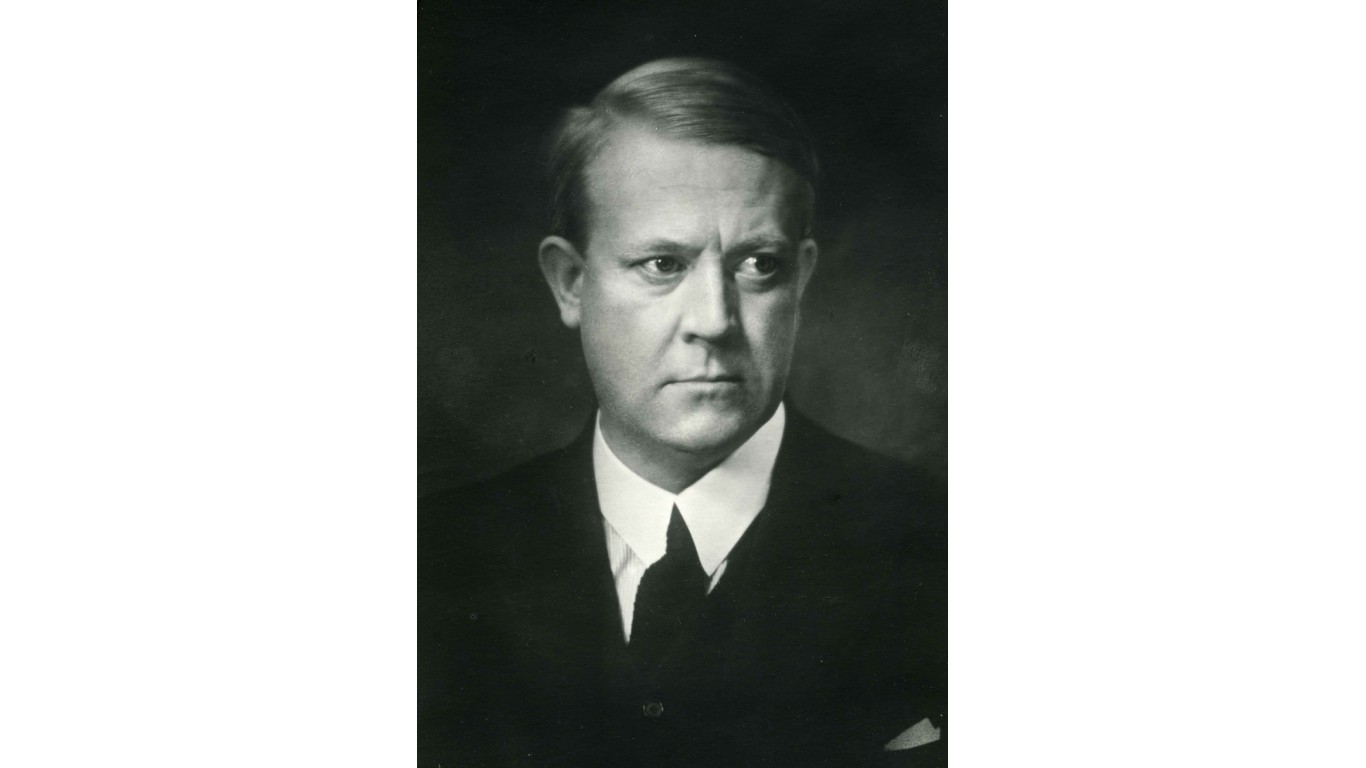 Another man whose name became a synonym for traitor was Vidkun Quisling. Earlier in his political career, Quisling was sent to the Soviet Union during that country’s famine and was convinced socialism was a failure. He rose up the ranks of a far-right political party in Norway and curried favor with Nazi Germany.

After Germany invaded Poland in 1939, Quisling made a secret agreement with the Germans to provide them with his country’s iron and ships for the German war effort and said he would stage a coup and support Germany. When Germany invaded Norway in 1940, Quisling went on public radio declaring himself leader of the nation. Viewing Norway as just a garrison for Nazi Germany, he thought Norway would acquiesce. Instead, Norwegians resisted. Quisling was arrested in May 1945 and executed by firing squad