The 2010s were a pivotal decade for cinema. The expansion of Netflix’s streaming service to Apple devices in 2010 forever changed the way we view movies. Since then, streaming companies have moved to the forefront of movie production, funding and releasing original films directly to their audiences.

In addition to the streaming takeover, the 2010s may also be remembered for the prominence of Disney, which distributed eight of the ten highest grossing movies of the decade, including “Avengers: Endgame,” one of the biggest box office hits since 2000.

24/7 Tempo has compiled the best movies you’ll remember if you grew up in the 2010s — most of which are available to stream. A third of them are animated, with many of those grossing well over $100 million each. Disney, which owns Pixar, is responsible for five of those animated features. Its acquisition of Pixar, Marvel, and Lucasfilms (“Star Wars,” etc.) has helped Disney remain one of the 50 most valuable brands in the world.

To identify the best movies you’ll remember from the 2010’s, 24/7 Tempo reviewed the 1,231 of movies released in the 2010s that had at least 50,000 reviews on IMDb and Rotten Tomatoes. IMdb is an online movie database owned by Amazon. Rotten Tomatoes is an online movie and TV review aggregator. We calculated an index of each movie’s IMDb rating, Rotten Tomatoes audience score, and Rotten Tomatoes Tomatometer score. All ratings were weighted equally. If some well-regarded blockbusters of the decade are not included on this list, it’s because they had fewer than the required number of reviews. Information on each movie’s stars and directors came from IMDb.

Supplemental data on domestic box office came from The Numbers, an online movie database owned by consulting firm Nash Information Services. Amounts were ranked for the 1,154 movies for which box office data was available. Data was collected in April 2021.

Whether animated or live action, many of the best films of the 2010s are odes to the underdog, highlighting the struggles of people going against the grain, facing great adversity, or overcoming personal hurdles. 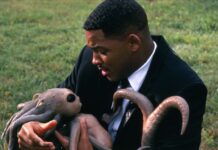 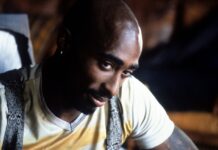