Truth is stranger than fiction, the saying goes, and the modern documentary often proves it. In the age of true crime and perennial content, documentary films have become more popular than ever before. However, don’t take that to mean the annals of history don’t give the genre its due. Looking back, many films touched on vital subjects and milestones, and many were also quite successful in doing so.

To determine the highest grossing documentaries of all time, 24/7 Tempo reviewed box office data from The Numbers, a subsidiary of Nash Information Services that provides financial data on movies. Feature-length documentaries were ranked based on inflation-adjusted domestic box office. Revenue was adjusted for inflation using historical ticket prices from the National Association of Theatre Owners. Data on box office, IMDb user ratings, and Rotten Tomatoes audience and critic ratings are as of August 2022. (Based on ratings, not gross, find out which are the 50 best documentaries of all time.)

The list of highest-grossing documentaries doesn’t account for recent releases that went (more or less) straight onto streaming platforms. Examples include everything from the 2017 Academy Award winner “Icarus” to 2020’s “My Octopus Teacher,” both distributed by Netflix. And while something such as 2015’s “Making a Murderer” certainly took the culture by storm, it likewise debuted on Netflix and in the form of a documentary TV series.

Where does that leave us? With a list of iconic documentary features that were first released in theaters. A number of these top-grossers come from filmmaker Michael Moore, who explores the various manifestations of capitalistic greed. There’s also a string of Disneynature documentaries, each highlighting a different group of animals such as monkeys or bears. The planet is quite diverse, to say the least, and so too are the documentaries that capture it. (Not documentaries, here are the worst movies based on true events.)

Here are the highest grossing documentaries of all time 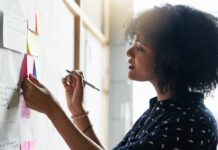