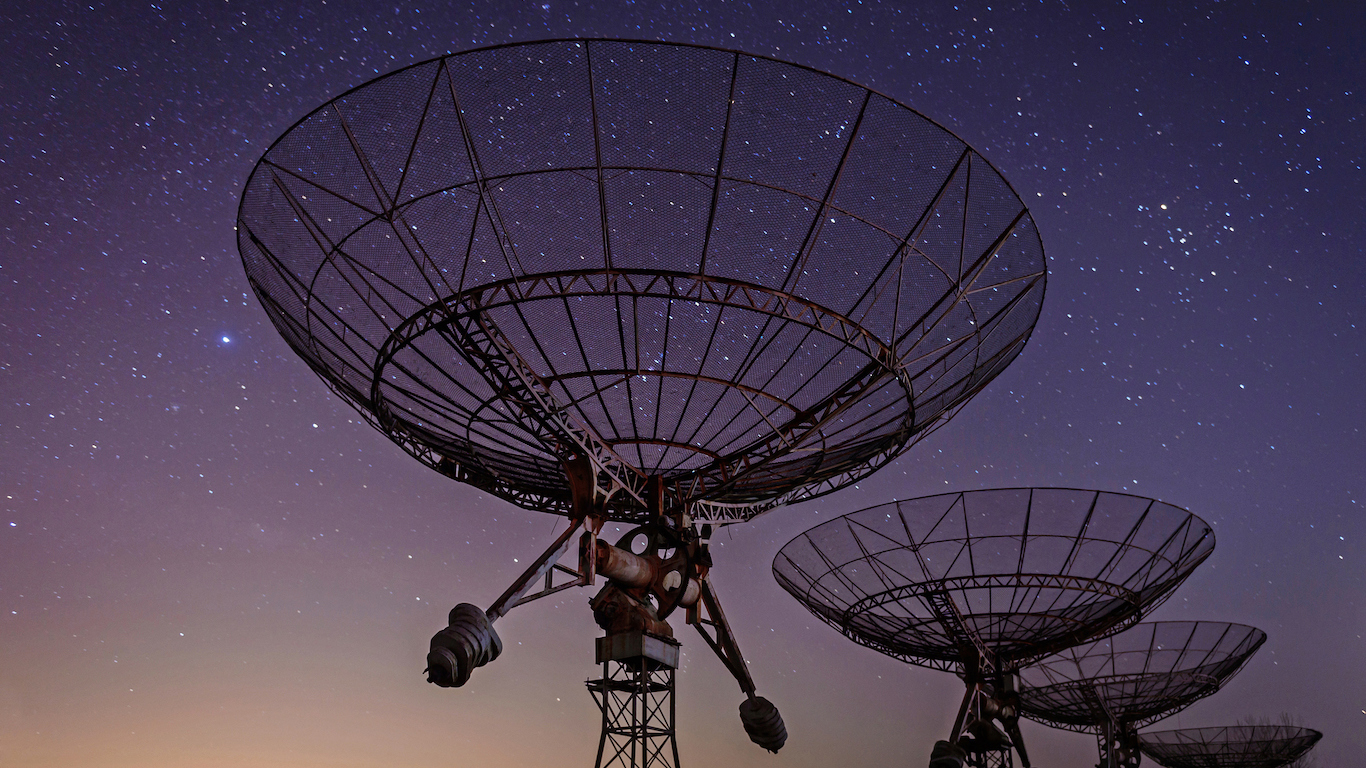 We humans are an impatient lot; we’ve only been actively looking for extraterrestrials within the last century, a mere eyeblink in time. Evan Solomonides, a researcher at Cornell University, says it could be about 1,500 years before E.T. phones us, according to a paper submitted to the American Astronomical Society in 2016. After examining the probability of life, Solomonides said, “We predict that under 1 percent of the galaxy has been reached at all thus far, and we do not anticipate to be reached until approximately half of the stars/planets have been reached.” He adds, “Human communication has not reached a number of stars and planets adequate to expect an answer.” Briony Horgan, a professor of earth, atmospheric and planetary sciences at Purdue University, offered the opinion that whatever civilization humans are seeking may not be actively transmitting signals for communication. 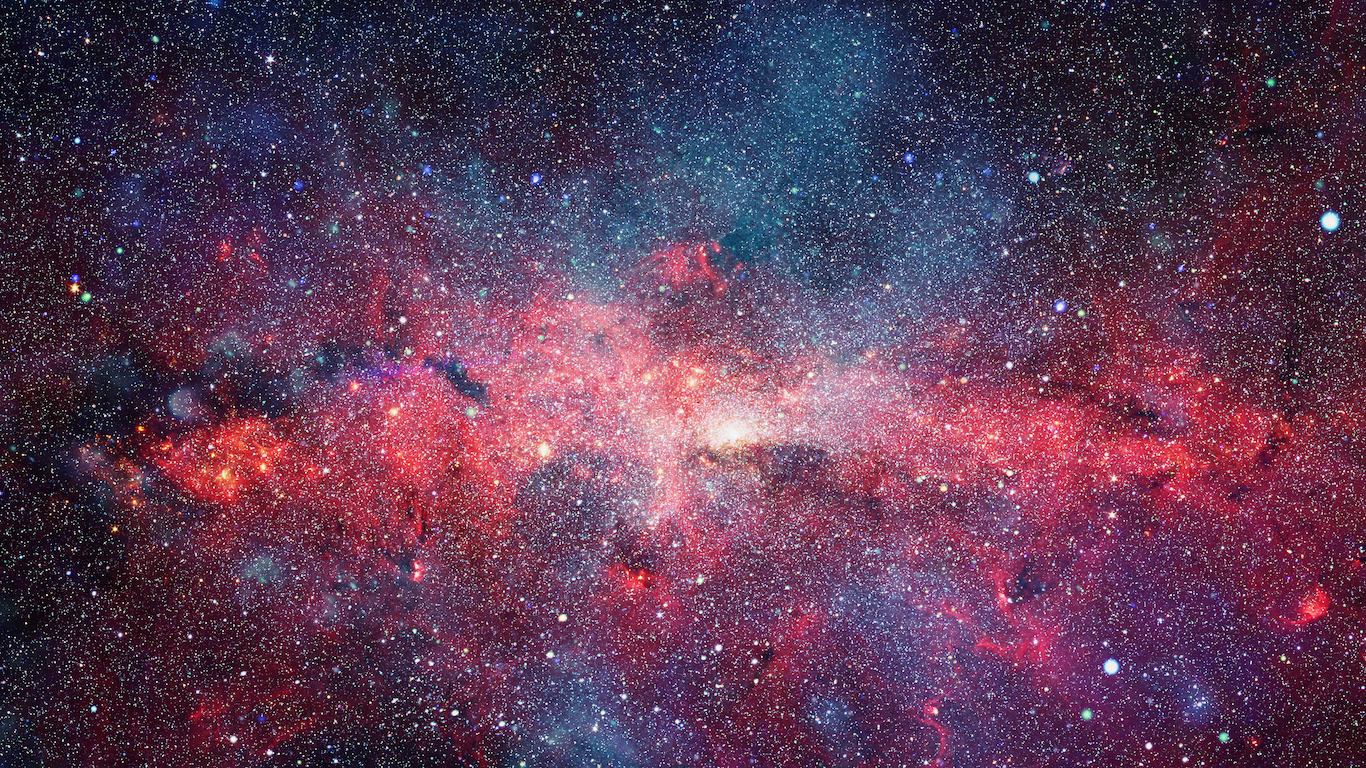 Astrobiology is the study of the origin, evolution, distribution, and future of life in the universe. Some have said the field is as much philosophy as science; however, it is an emerging area of exploration. Scientists are more convinced that organisms don’t require milder surface environments to survive because of discoveries of so-called extremophiles that exist in extreme conditions such as volcanic vents under the sea. That has given more impetus to the field of astrobiology. To underscore its importance, a report from the National Academy of Sciences (NAS) urged NASA to make the search for life beyond Earth an integral part of its exploration missions. 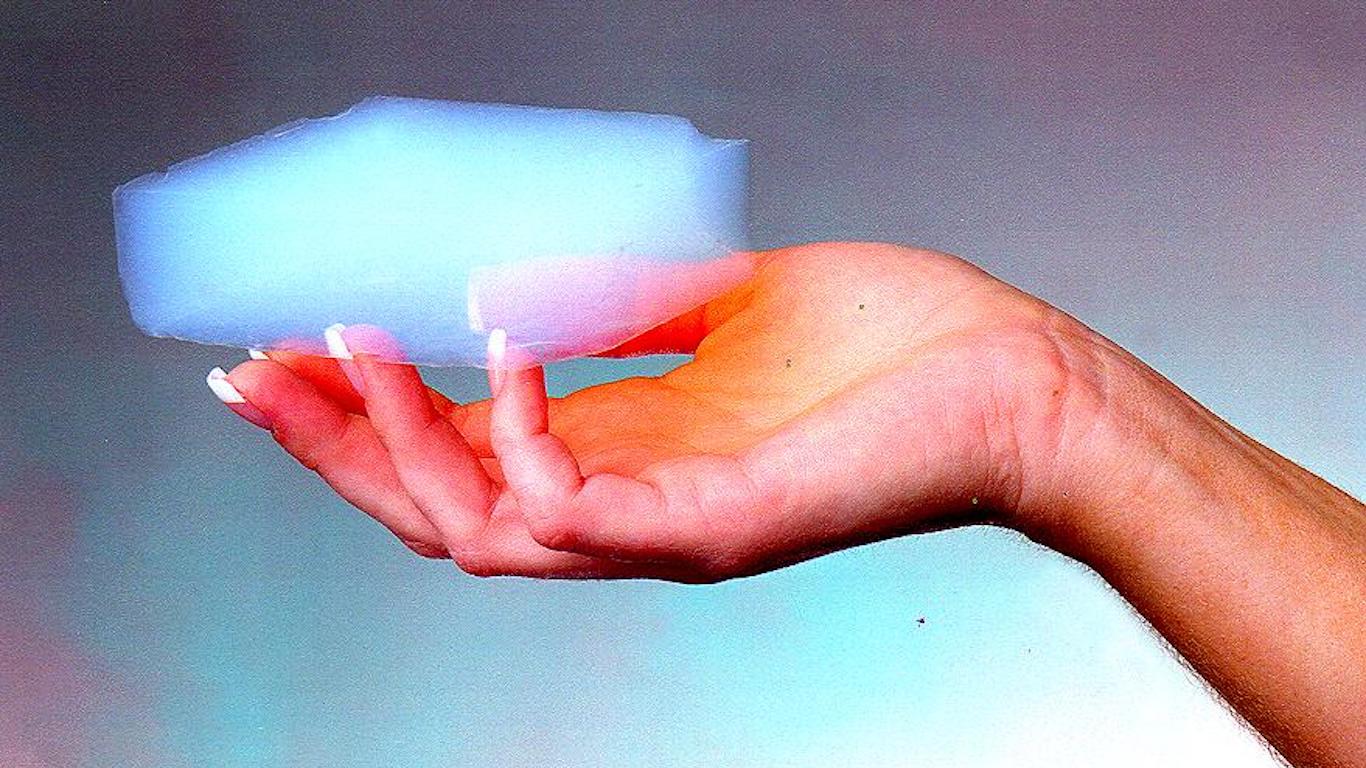 24/7 Tempo
The 20 Lightest Objects in the World 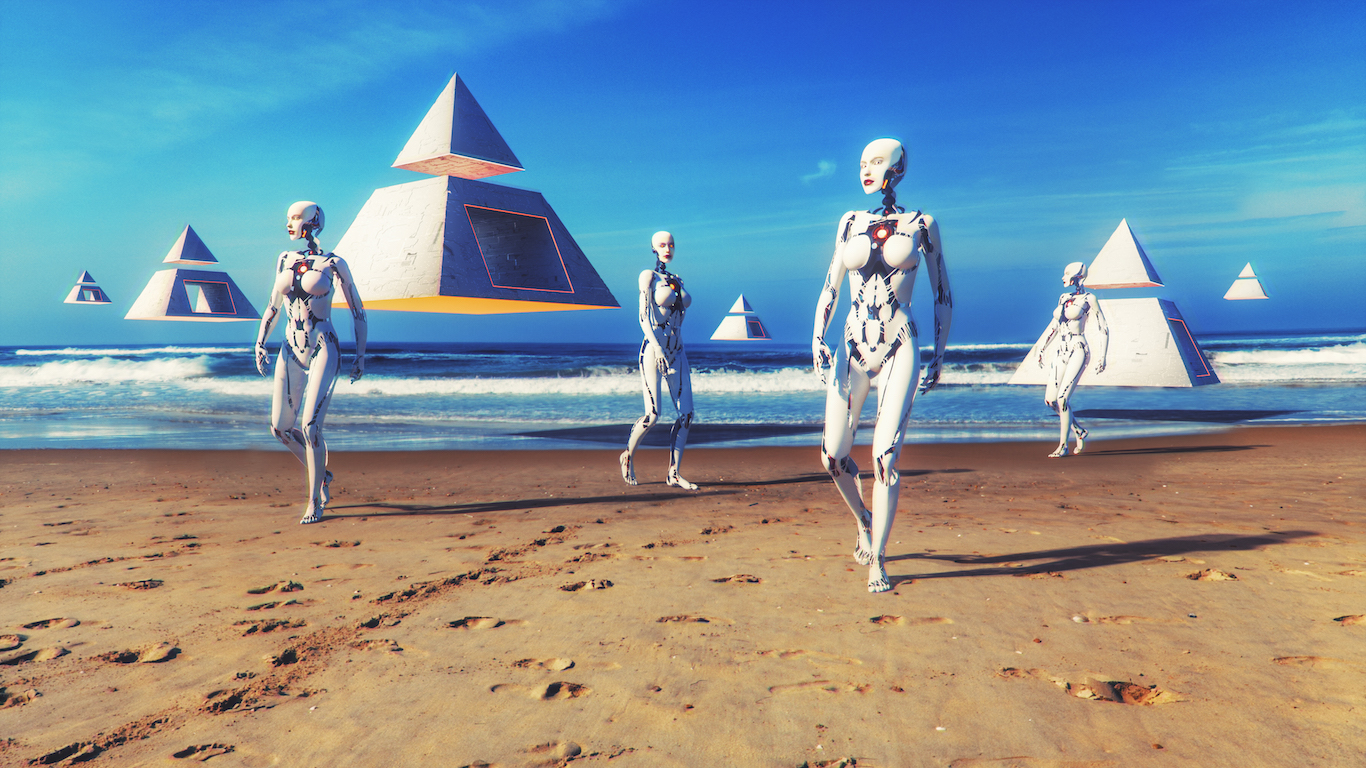 Maybe we should be searching for robots. That’s what futurist Seth Shostak believes, and that we should be recalibrating our search for intelligent life in the universe to improve the odds of finding others. He thinks an advanced alien culture may be led by intelligent robots. Instead of searching for habitable planets and looking for a civilization analogous to ours, maybe we should focus on places likely to host machines. Shostak thinks those are locations with lots of energy, such as galaxy centers. 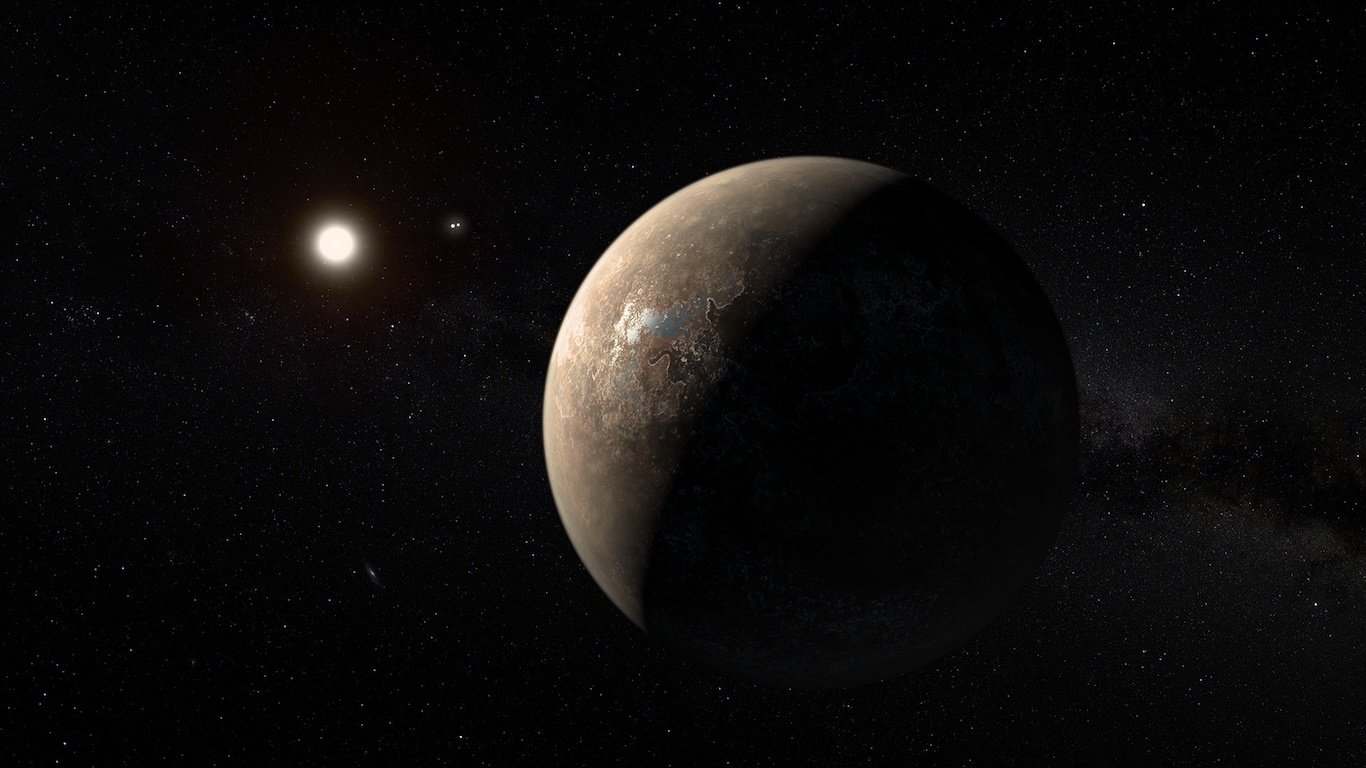 Besides the moons of Jupiter and Saturn, and the possibility of water on Mars, scientists think other places might be habitable because they are rocky and located in a section of a star’s orbit called the “Goldilocks zone” — not too cold and not too hot, and just right for water to form on the surface. Those places include: Proxima B, the closest exoplanet ever discovered; LHS 1140b, which is about seven times the mass of the Earth; Ross 128 b, which circles an inactive red-dwarf star and is not likely getting bombarded with solar radiation; and GJ 1214b, which has indications of cloud cover, a hopeful sign it has an atmosphere. 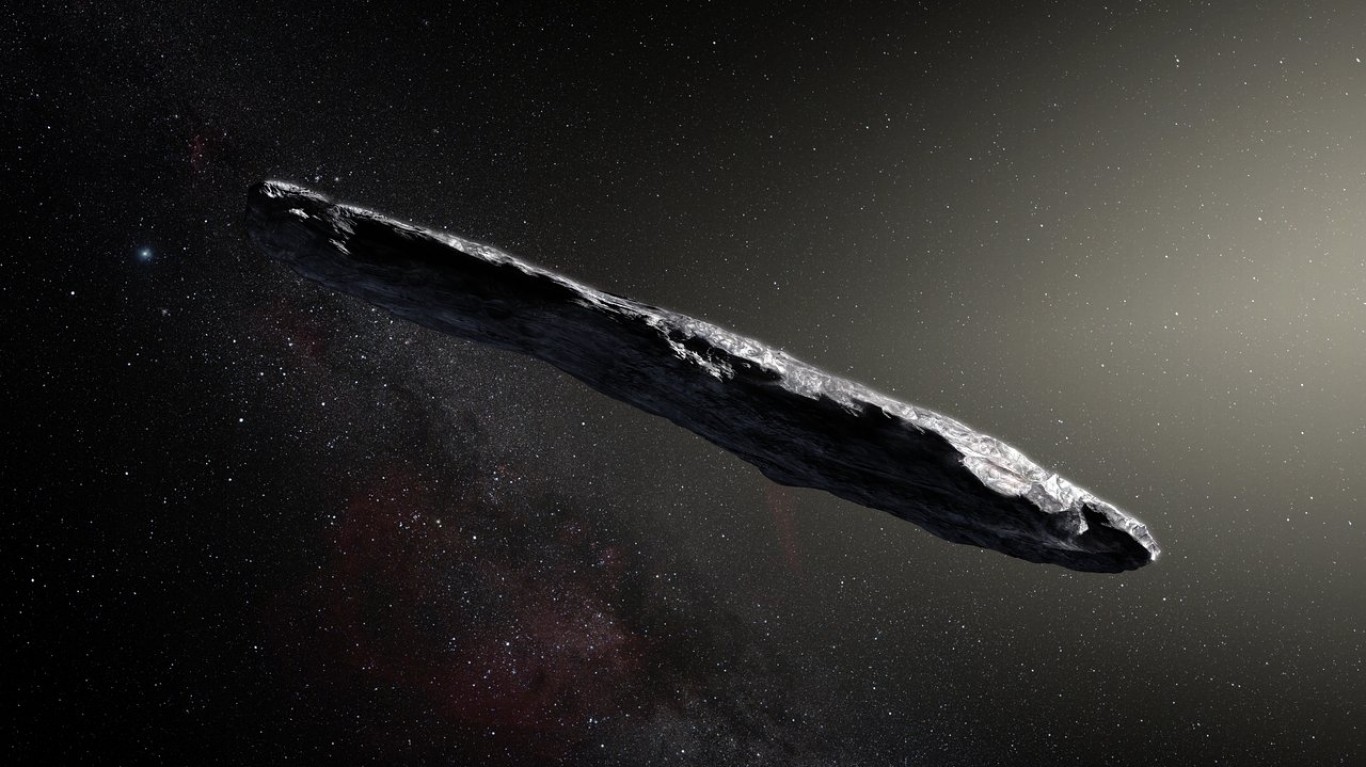 You might remember “Oumuamua,” which means “first messenger” in Hawaiian, that drifted into our solar system, the first interstellar object to do so. UFO and extraterrestrial enthusiasts were beside themselves over the cylindrical object whose shape matches the descriptions of alien spacecraft. The object did not issue any unusual signals, according to the SETI Institute (Search for Extra-Terrestrial Intelligence) and the Breakthrough Listen initiative. Astronomers such as Greg Laughlin at Yale University weren’t as mystified. He said there are probably trillions of objects just like Oumuamua floating through the universe.