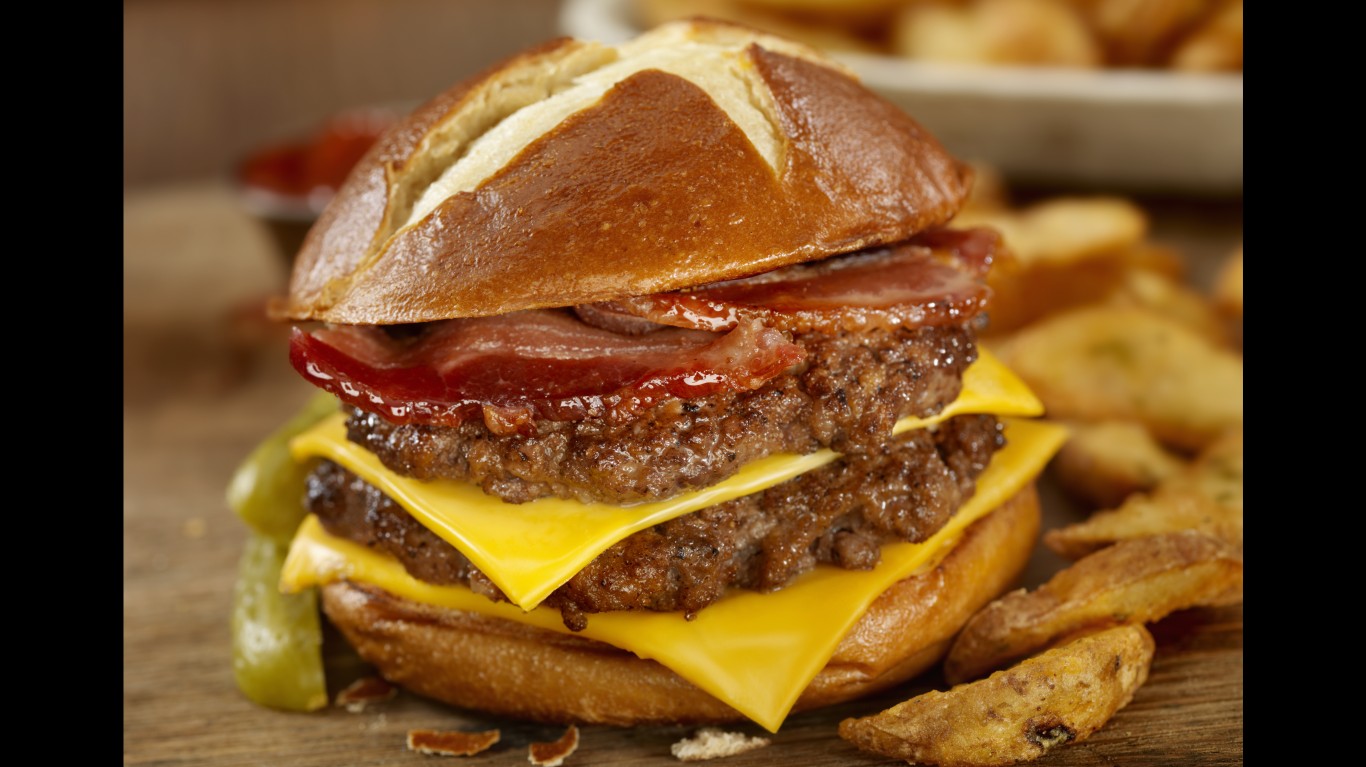 The bacon, the cheese, and the burger in this creation were basically standard Wendy’s fare, but the bun was an innovation — a slightly chewy, reasonably flavorful pretzel alternative to the usual one. The burger appeared first in 2013, briefly, and was revived the following year. Then it went away again in 2015 and hasn’t been seen since. In its place, the chain introduced a needlessly gussied up version, adding honey mustard, beer cheese sauce, fried onions, and pickles to the original. 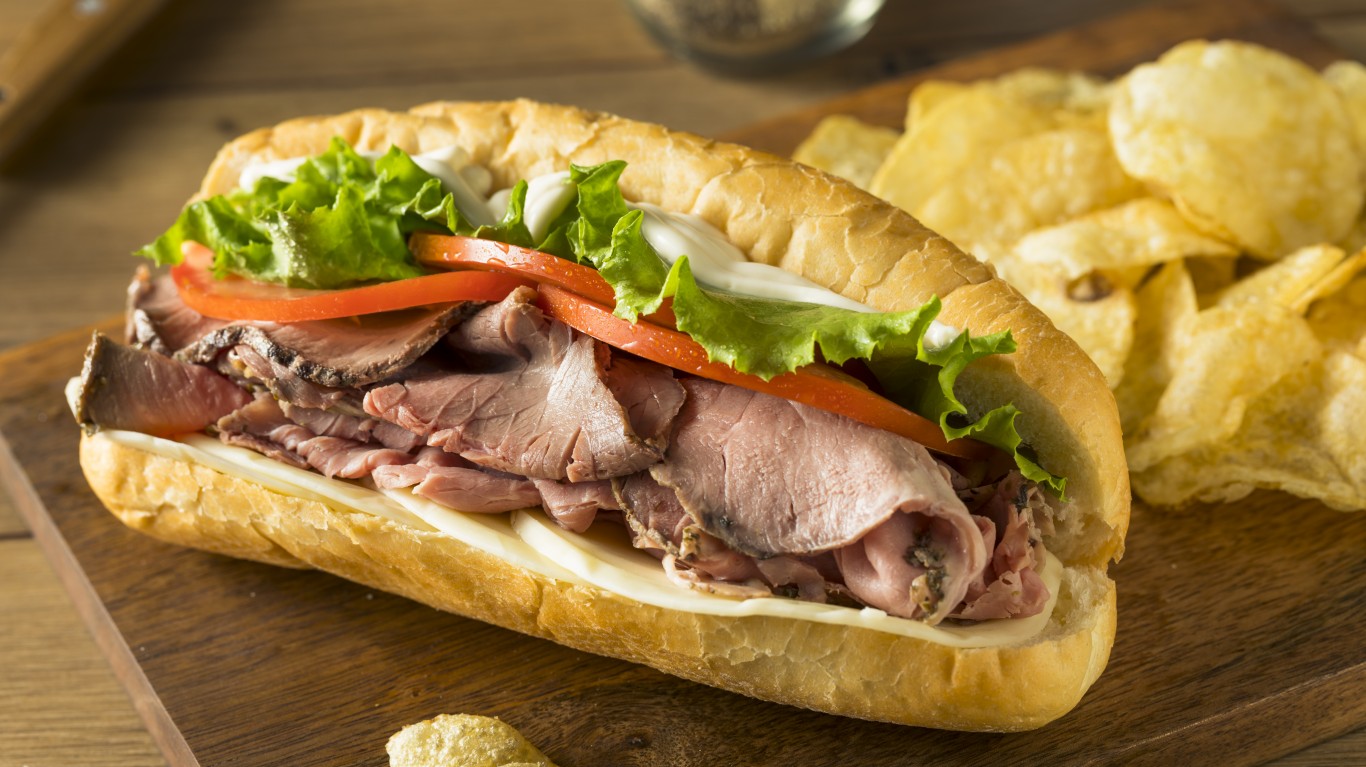 The make-it-to-order sandwich chain reformulated their original roast beef offering in 2015, roasting the meat with garlic and black pepper. To the dismay of Subway-lovers, both the roast beef and another popular offering, rotisserie chicken, have been taken off the menu, at least for now as a part of a pandemic-driven downscaling.

ALSO READ: 37 of the Worst Fast Food Breakfast Items for Your Health 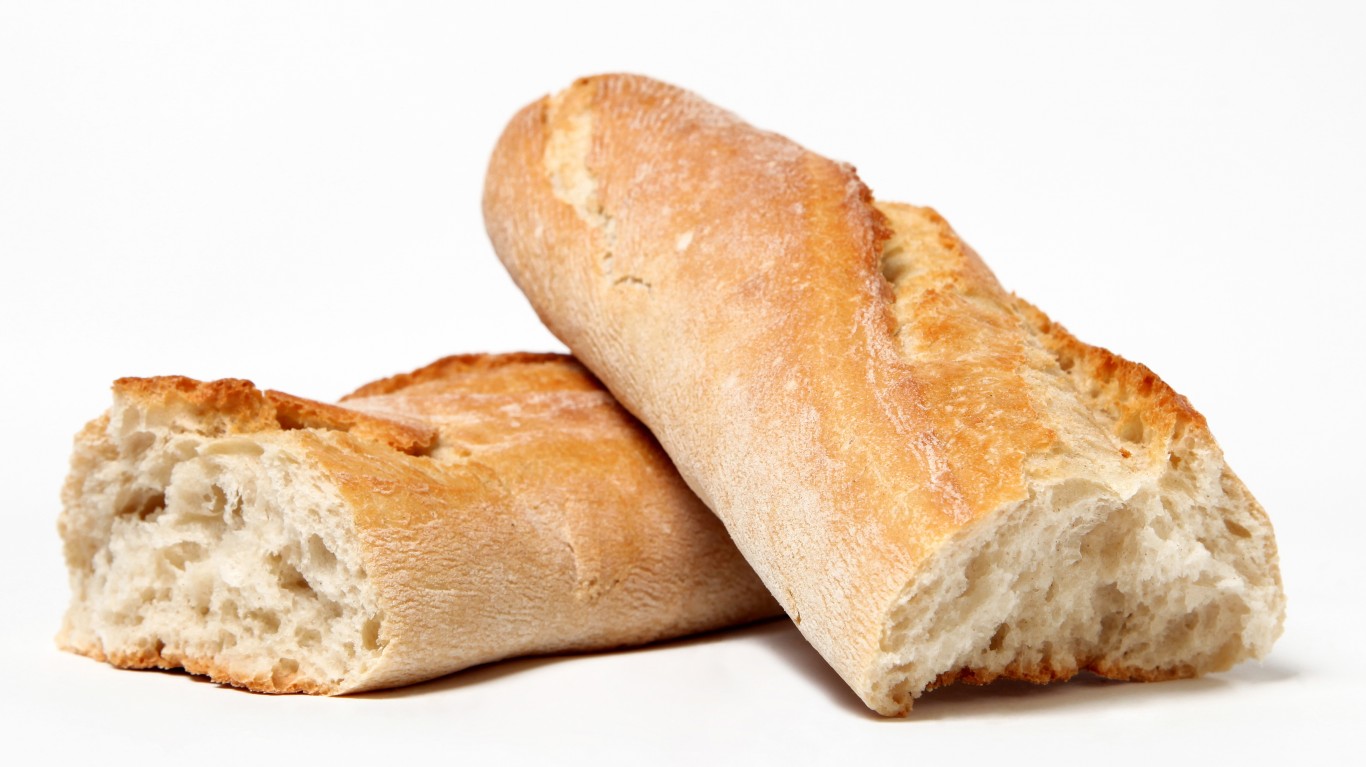 In 2019, Subway expanded their standard bread choices to include ciabatta, used for four new Italian-inspired sandwiches. The best of them was this construction of thin-sliced steak, melted provolone, tomato, green pepper, onion, aÃ¯oli sauce, and fresh-ground spices. The entire “collection” performed less well than expected and was gone by 2020. 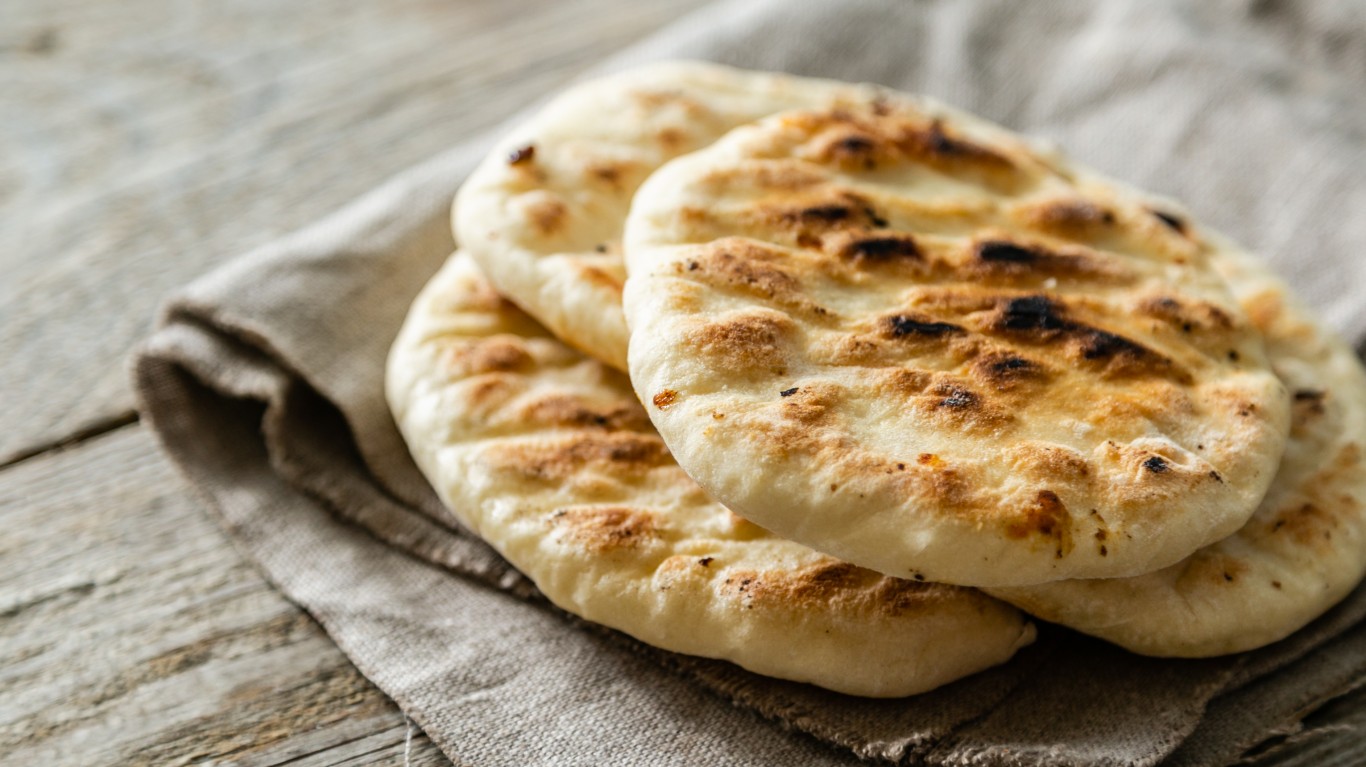 Black Angus steak, avocado sour cream, Colby cheese, red and yellow bell pepper, red onion, tomato, and shredded iceberg lettuce inside a pita added up to a hefty, savory sandwich when Arby’s introduced it in 2015. It went away briefly and was revived the following year as a limited time offering. The limit was quickly reached. 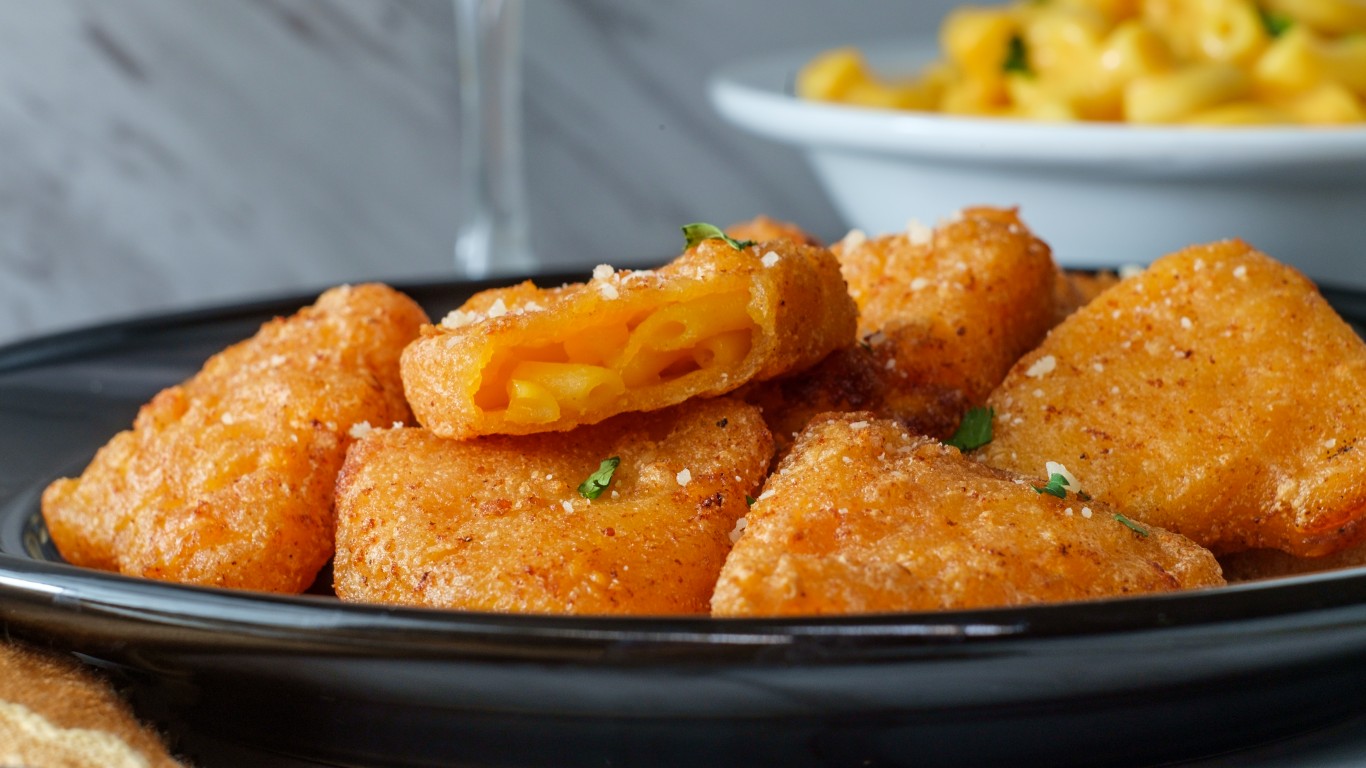 These little triangles of mac & cheese, battered and deep-fried, made a brief appearance in 2008. Last year, the chain tested a new version of the snack at several West Coast locations, but, so far at least, they haven’t shown up on the menu.