Music fans often assume that musicians they like or have heard of have many No. 1 songs, but the reality is that many world-renowned artists — from both past and present — go their whole careers without landing the top spot on charts a single time.

It’s hard to believe that Bruce Springsteen, one of the most popular musicians in the world who has sold more than 65 million albums in the U.S. alone, never actually had a No. 1 Same is true for Bob Dylan, the Backstreet Boys, and One Direction.

To compile a list of surprising artists who have never had a No. 1 hit on The Billboard Hot 100, 24/7 Tempo reviewed data on dozens of famous artists and bands’ peak position on the chart. The Hot 100, which measures the top 100 pop songs in the U.S. based on sales, radio play, and online streaming, is the music industry standard record chart in the country for songs, published weekly by Billboard magazine.

Considering the name of the list, it seems that reaching the top spot on a Billboard chart is harder than it seems. Who would believe that James Brown, for example, had more than 90 songs chart on The Hot 100, but neither climbed to the coveted spot atop the chart.

The list of legendary musicians who never had a No. 1 single is all the more surprising compared to the success they had by other measures, including selling millions of albums, selling out stadiums around the world touring, and winning Grammys.

Of the 36 musical acts on the list, about a third are still active in the industry. These are the biggest one-hit wonders who are still making music. 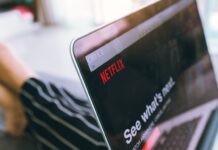