The guillotine uses a heavy blade sliding vertically in grooves to behead people. Similar killing machines were used before the French Revolution in other parts of Europe. Joseph-Ignace Guillotin, a French doctor and a member of the National Assembly, played a major role in passing a law whereby all death sentences had to be executed by machine. The purpose was to make death as painless as possible.

ALSO READ: The Most Unusual Ancestry in Every State

John Montagu, Fourth Earl of Sandwich, was an important figure in the adventures of Captain Cook, who even named a group of islands after him. But in the United States, he will forever be known as the person after whom a delicious snack was named. His favorite was salt beef between two slices of toasted bread. People started calling it “the Sandwich,” and the rest is history.

The Scottish chemist came up with a method to make garments resistant to water while trying to find some use for gasworks byproducts. He used rubber dissolved in coal-tar naphtha to glue two pieces of material together. The original had numerous problems but was significantly improved when vulcanized rubber, which was not affected by temperature changes, was used.

Dr. James Henry Salisbury described it as a “muscle pulp of beef.” The invention took about three decades to complete. It started when Dr. Salisbury treated bowel movement problems among Union soldiers during the Civil War by having them eat mostly meat. He believed consuming meat and a lot of water would solve certain digestive ailments. 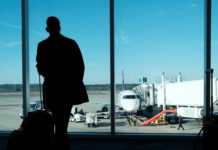