Just before he was set to begin his fourth NFL season, New England Patriots tight end Aaron Hernandez was arrested and charged with first-degree murder. Hernandez was eventually convicted of killing his once-friend Odin Lloyd. Hernandez took his own life in a Massachusetts prison in 2017. After he died, Hernandez’s conviction was briefly vacated, as he was appealing his case, but the verdict was reinstated in 2019.

Art Schlichter was a promising quarterback who lost his career primarily because of his gambling addiction. After leaving Ohio State, Schlichter went to the Baltimore Colts as the fourth overall pick in the 1982 NFL Draft. He missed all of 1983 because of a gambling suspension from the NFL. In 1987, Schlichter was arrested for being part of a multi-million dollar illegal sports gambling ring. He has been to prison on and off since then, including in 2012, when he pled guilty to helping sell fake sports tickets and tested positive for cocaine while awaiting sentencing. Schlichter is currently scheduled to be released from prison in 2020. 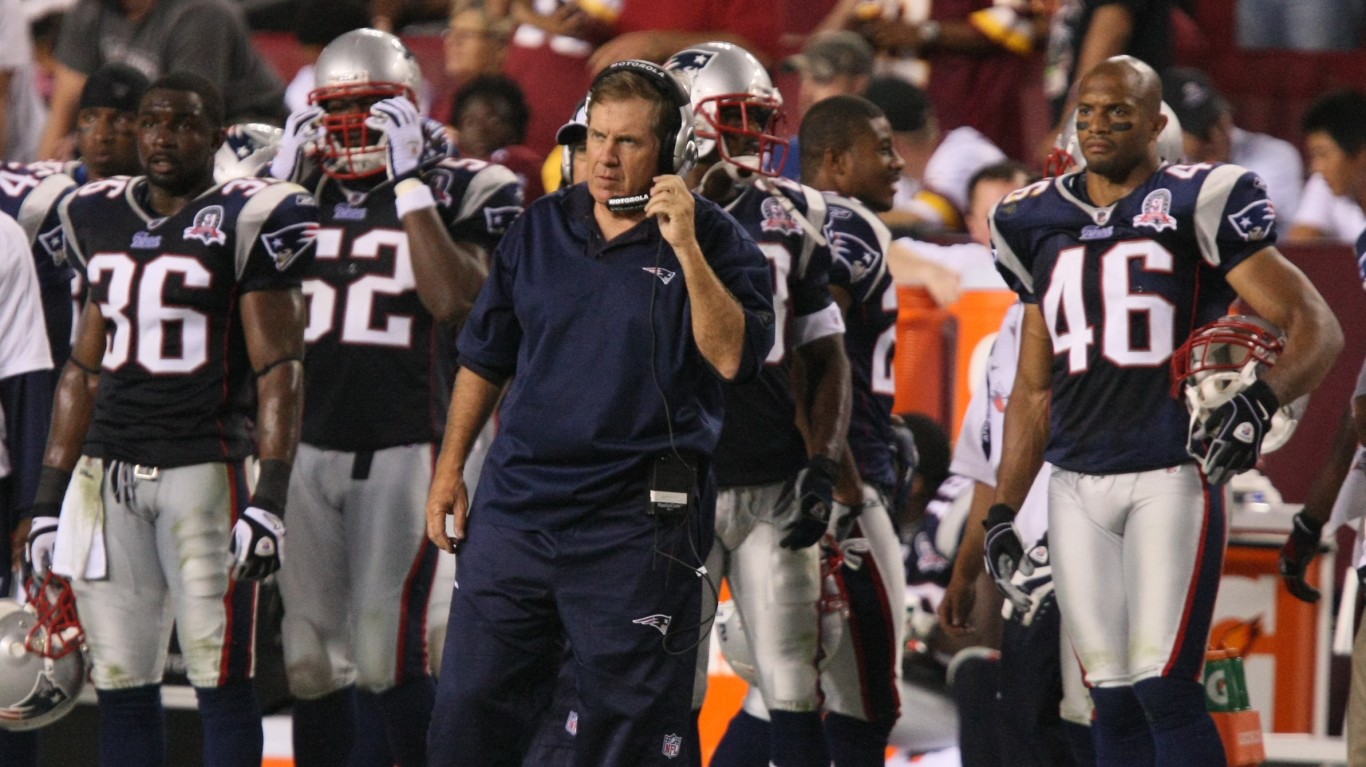 24/7 Tempo
Sports Franchises with the Most Consecutive Winning Seasons

Billy Cannon was the 1959 Heisman Trophy winner for LSU before going on to be the top overall draft pick in the 1960 NFL Draft. He spurned the NFL in favor of the upstart AFL — and a six-figure contract worth more than double what he would have earned in the NFL. He played pro football for 11 seasons, making two Pro Bowls, two All-Pro teams, and winning three AFL titles.

Cannon, despite running a thriving dental practice in his retirement, reportedly lost much of his money on gambling debts and bad investments and turned to crime. In 1983, he was arrested and discovered to have millions in counterfeit $100 bills. Cannon pled guilty to conspiracy and served three years of a five-year sentence.

They say crime doesn’t pay, but in the case of Craig MacTavish, crime had little effect on his NHL career. In January of 1984, MacTavish, then with the Boston Bruins, drunkenly got into a car accident that killed a 26-year-old woman in Massachusetts. MacTavish received a one-year prison sentence and missed the 1984-1985 season. After being released, he signed with the two-time defending champion Edmonton Oilers. MacTavish won three Stanley Cups in Edmonton and another with the New York Rangers. All in all, he played 12 more seasons after getting out of prison.

Darryl Strawberry is just one of the several members of the famous 1986 World Series champion New York Mets who struggled with legal issues and substance abuse. In 1999, as his career wound down, Strawberry reportedly solicited sex from an undercover police officer. The officer searched Strawberry and found cocaine in his wallet. He received probation but violated the terms when he tested positive for the drug in 2000. Strawberry eventually served 11 months of an 18-month term. He now says he is clean and uses his experience to provide guidance to others with substance abuse issues. He is a recently retired member of the Substance Abuse and Mental Health Services Administration National Advisory Council.