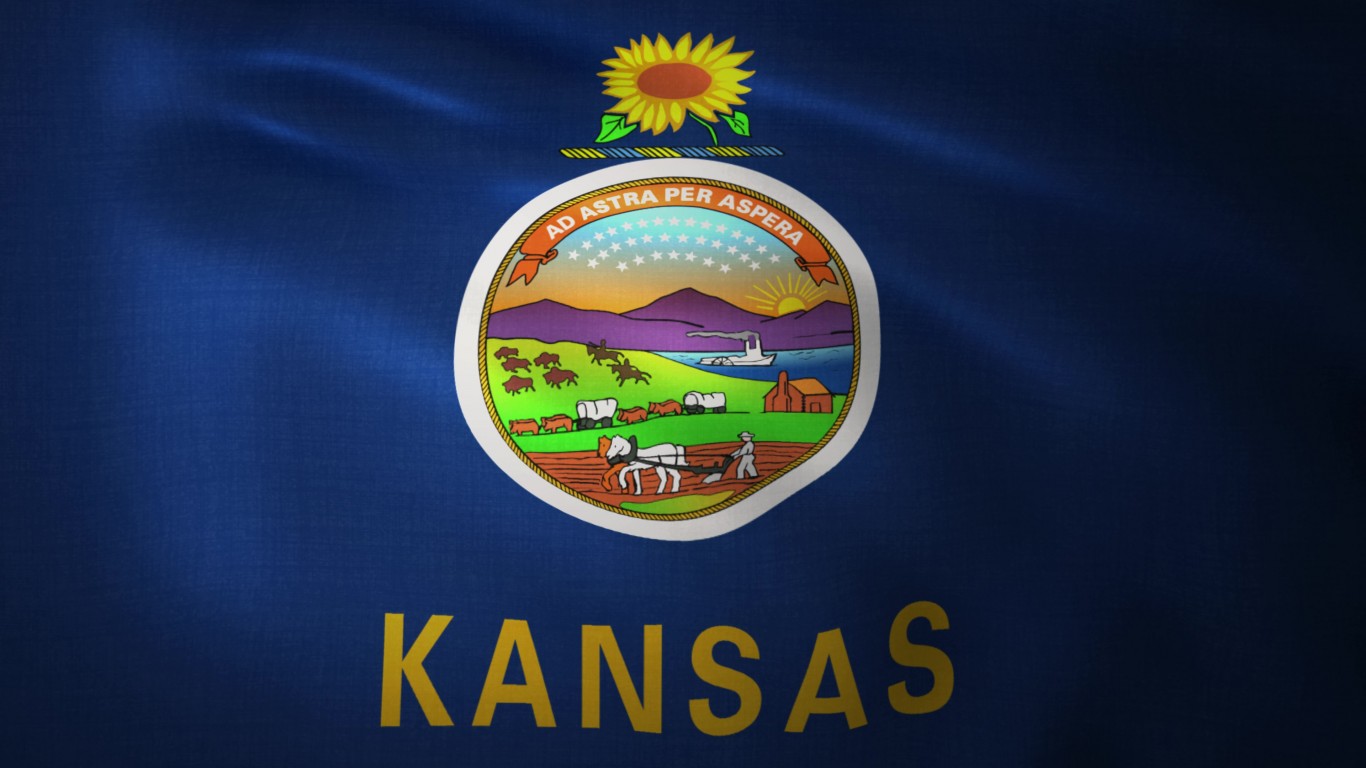 Kansas
> Flag design: State seal and a sunflower on a field of azure, displayed above the word ‘Kansas’
> Officially adopted on: 1927

The sunflower on the state’s flag is the official state flower of Kansas. The gold and blue bars represent the Louisiana Purchase, of which Kansas was part. The state seal contains the number 34 because Kansas was the 34th state to join the Union. A herd of buffalo is pursued by two Native Americans on horseback symbolizing the first people who settled Kansas. The plowed fields represent agriculture in the state. 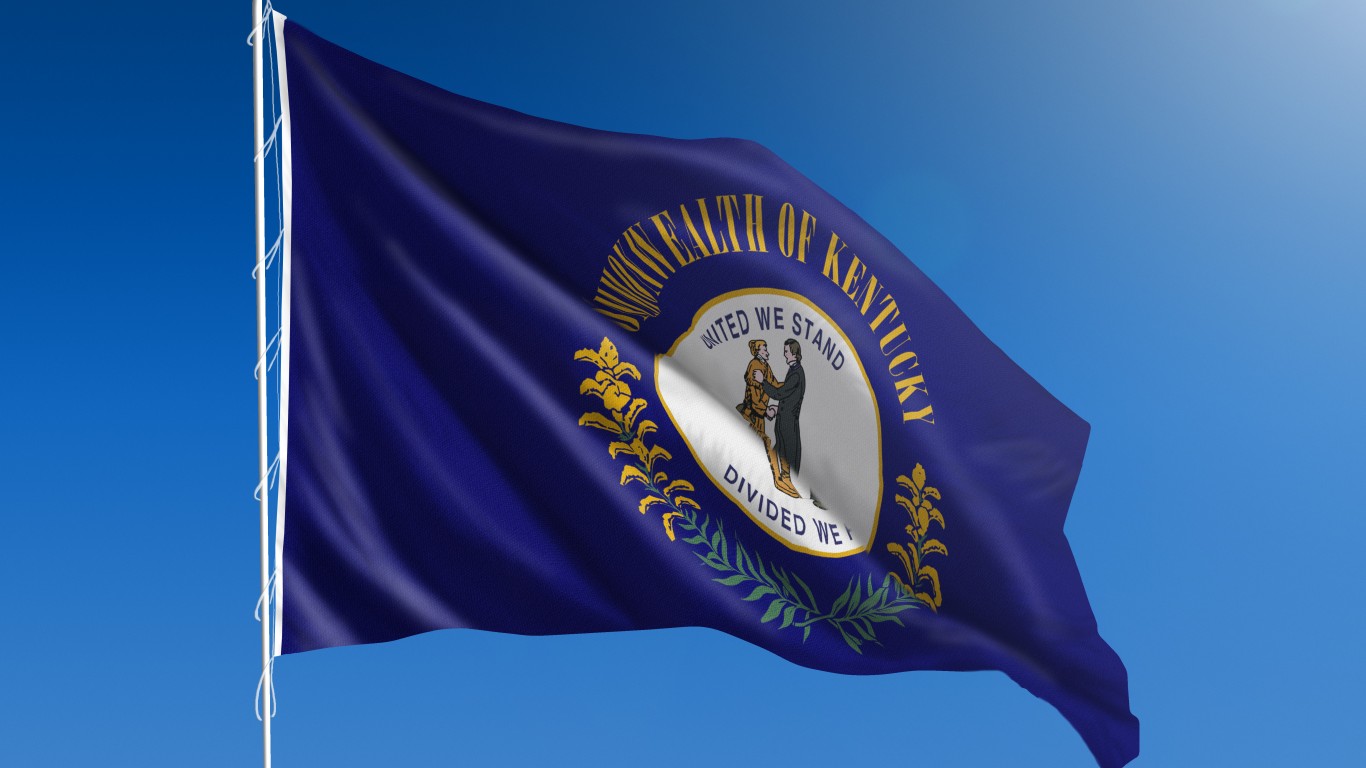 Kentucky
> Flag design: State seal, surrounded by the words ‘Commonwealth of Kentucky’ and sprigs of goldenrod on a navy blue field
> Officially adopted on: 1918

The two people on the seal, a frontiersman and a statesman, represent all the people of Kentucky, including country and city inhabitants of 1792, when the state was admitted to the Union. Hence, the state’s motto: “United we stand, divided we fall.”

ALSO READ: Every State With a Native American Name 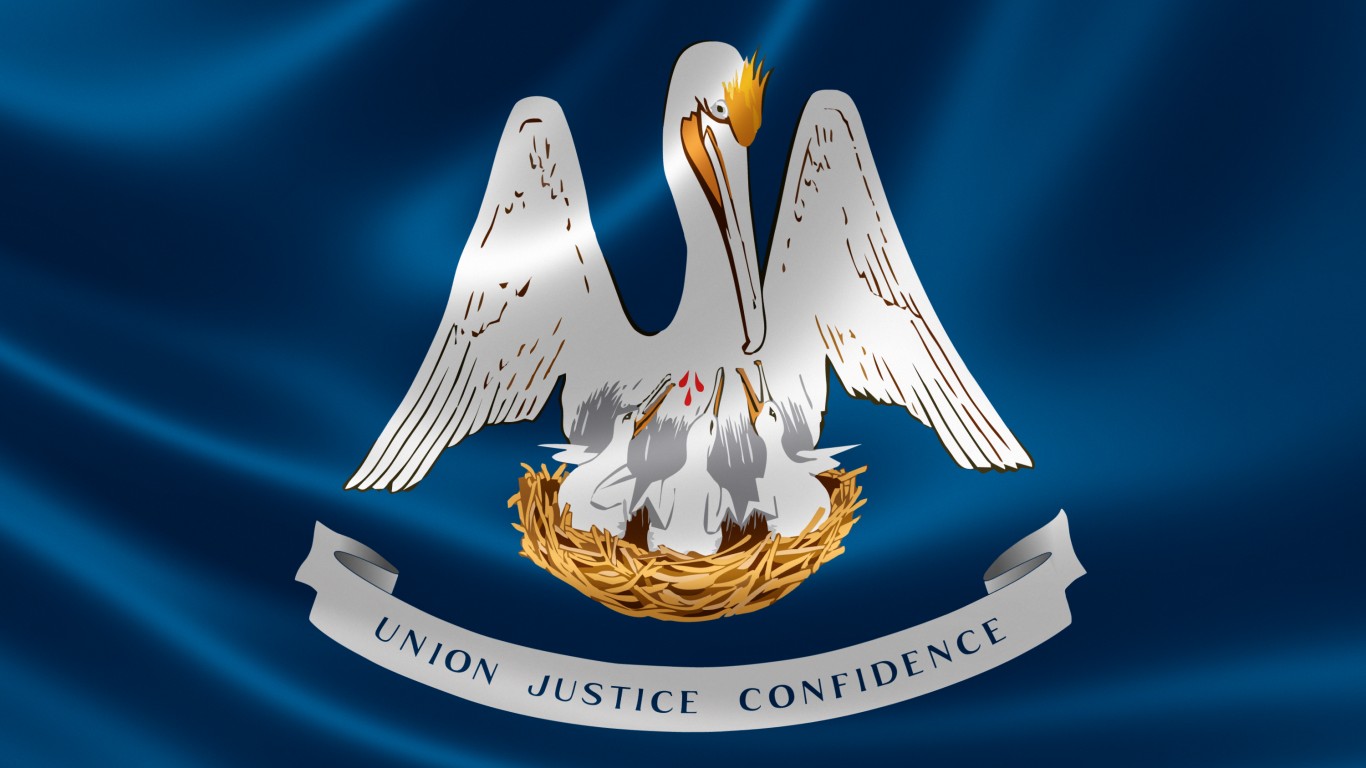 Louisiana
> Flag design: A pelican feeding her young with her own blood on a field of azure
> Officially adopted on: 1912

The state flag of Louisiana displays a white pelican, the state’s symbol since colonial times. The pelican is nurturing its young by tearing at its own breast — a symbol of sacrifice — which is signified by three drops of blood. The ribbon beneath contains the motto of the state: “Union, Justice and Confidence.” 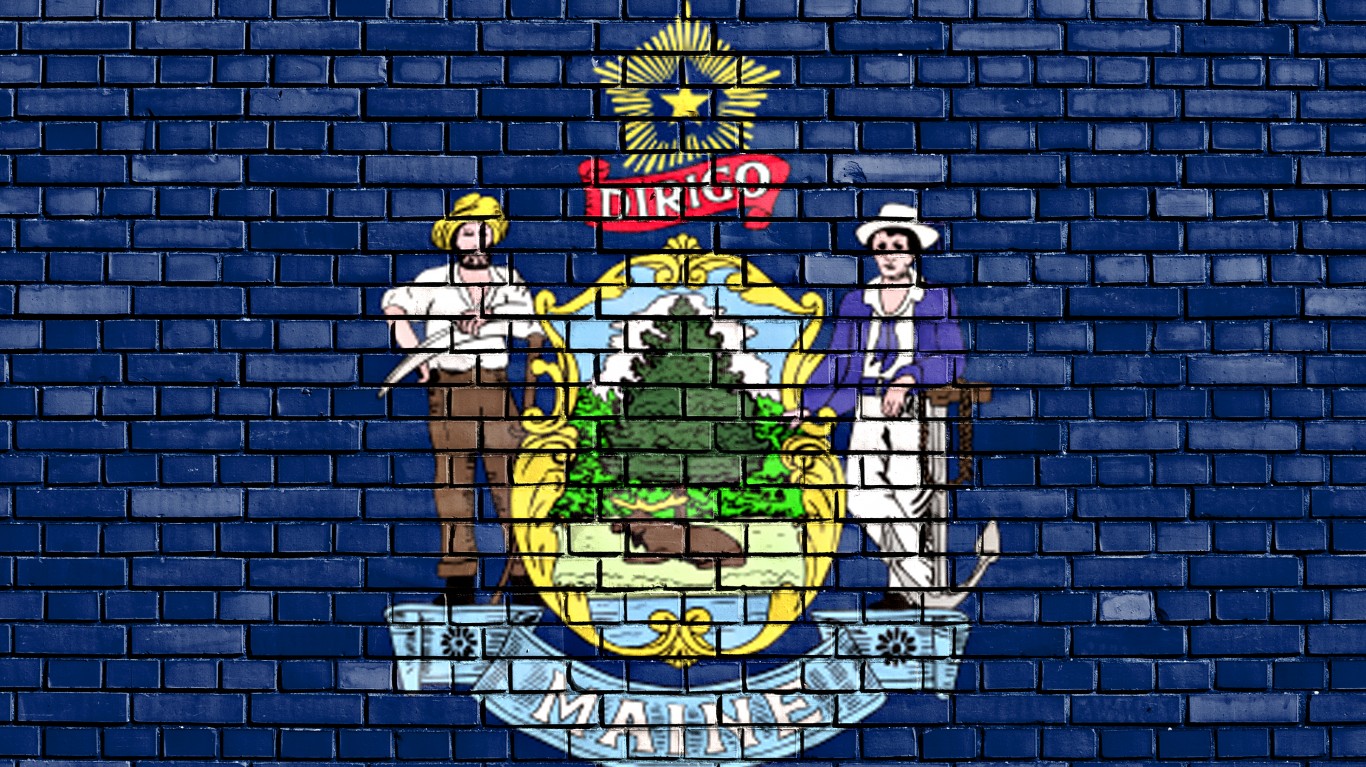 Maine
> Flag design: State coat of arms on a blue field with a moose resting under a pine tree in the center and a farmer and a seaman on the sides
> Officially adopted on: 1909

The state’s flag features symbols of the natural richness of Maine, including a pine tree. White pine is Maine’s state tree, and “The Pine Tree State” is Maine’s nickname. The moose is the official state animal. The farmer is a symbol of pride in the state’s agricultural roots. The sailor represents Maine’s strong ties to the sea. The North Star is a symbol of guidance as travelers have used it for thousands of years to navigate. 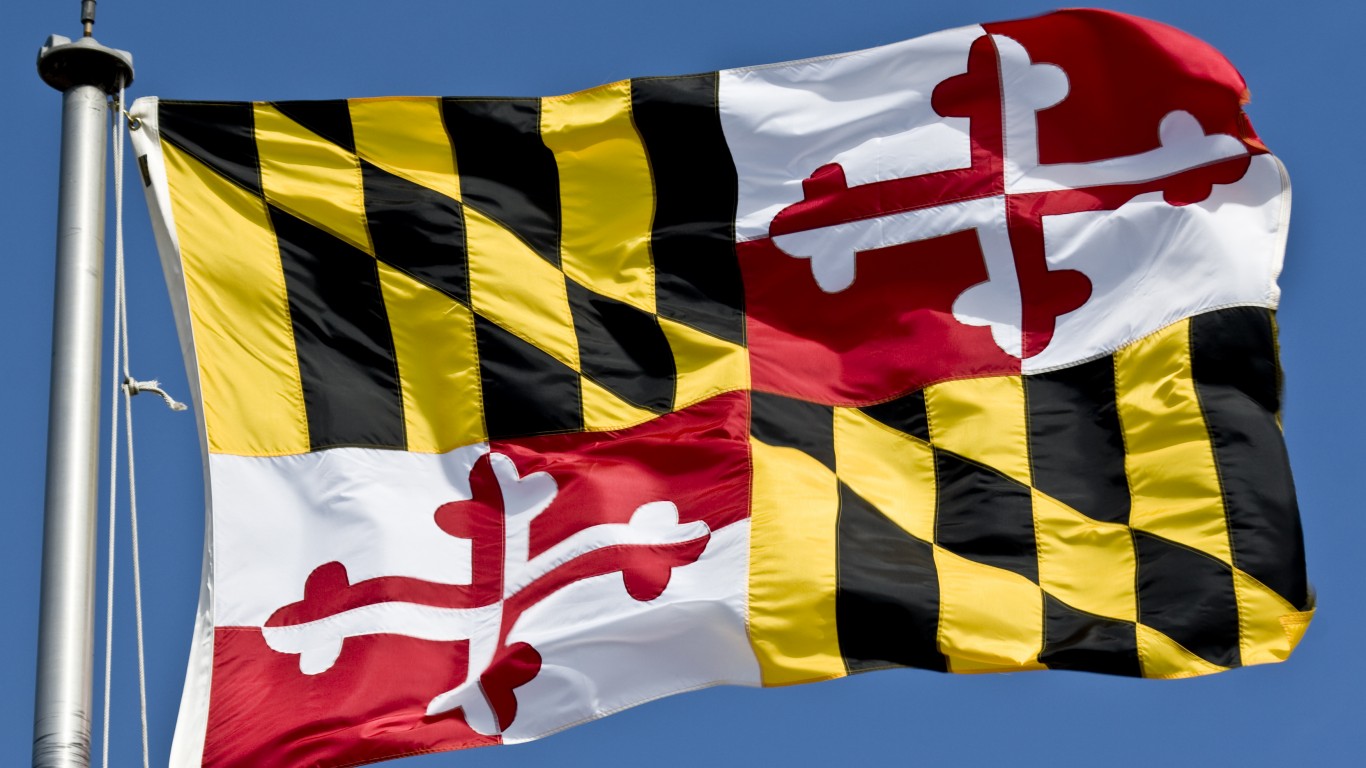 The Maryland flag bears the coat of arms of the Calvert and Crossland families. The gold and black coat of arms stands for the Calvert family name of Lord Baltimore, who founded Maryland. During the Civil War the Calvert coat of arms represented the people of Maryland who wanted to remain in the Union. The red and white are the Crossland colors and represented Marylanders who sympathized with the South. After the war, residents started to use both coats of arms on flags at public events to help in the reconciliation effort.