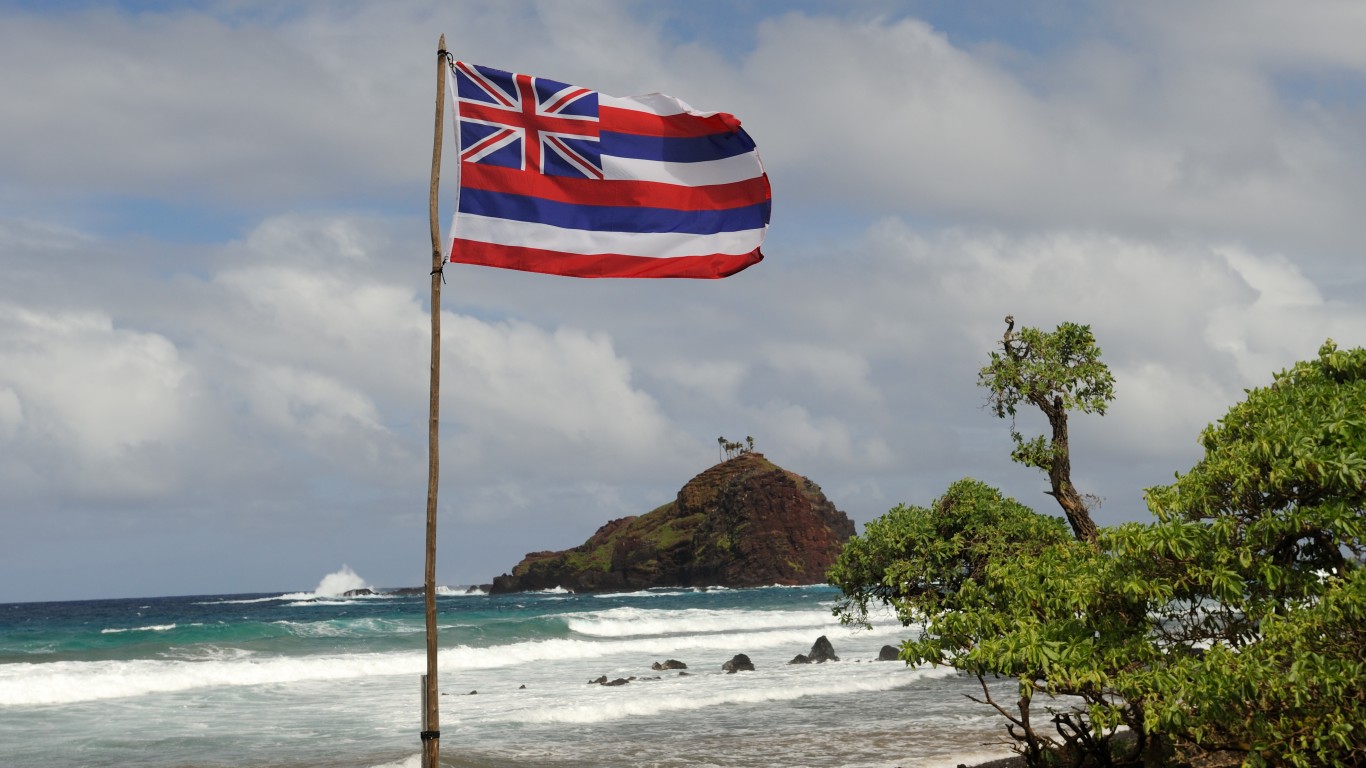 Hawaii
> Flag design: 8 alternating stripes of white, red, and blue, with the U.K.’s Union Flag in the canton
> Officially adopted on: 1845

Hawaii’s flag is the only state flag to include a foreign country’s national flag. The flag resembles the Union Jack of Great Britain because the islands were once under Britain’s control. The eight horizontal stripes represent the eight major islands that make up the state. 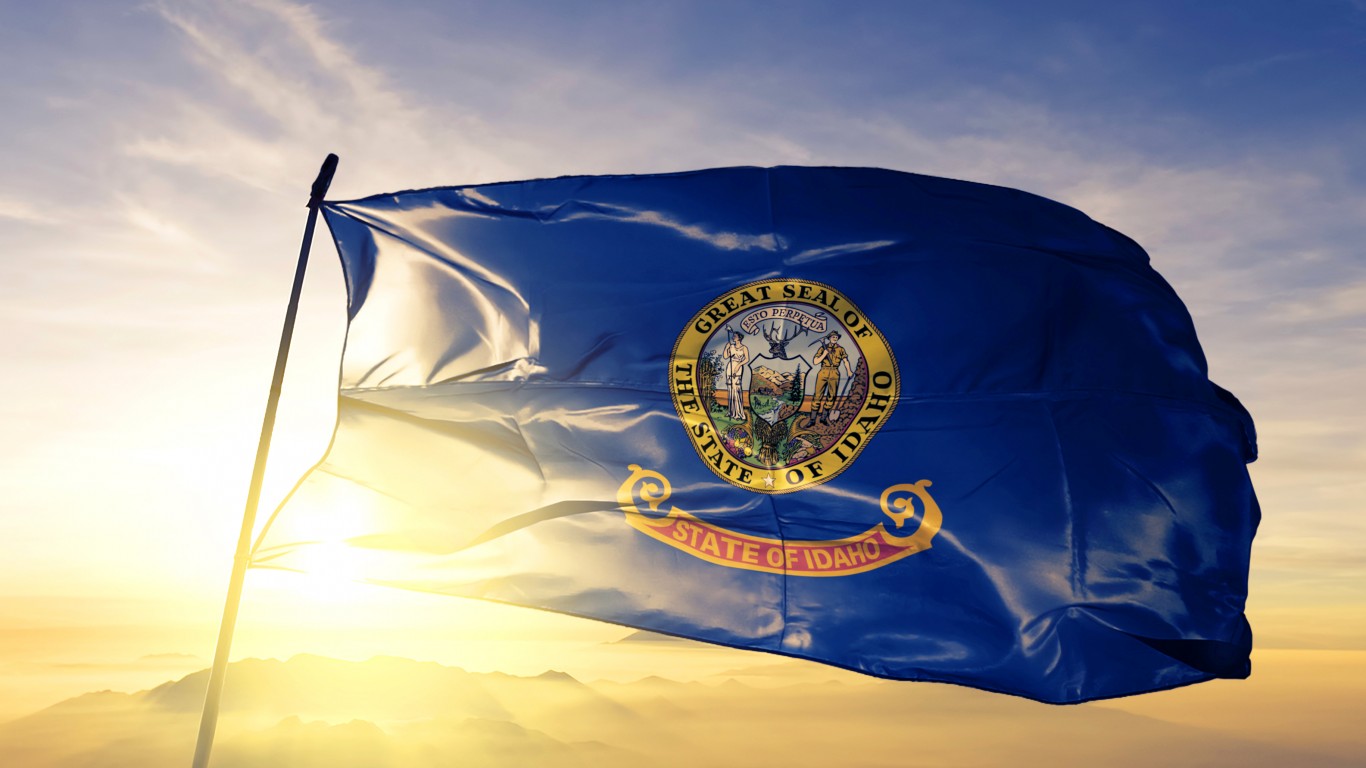 Idaho
> Flag design: State seal of Idaho on a field of blue
> Officially adopted on: 1907

The state seal in the center of the flag represents Idaho’s main industries — mining, agriculture, and forestry. The seal — the only one of all U.S. state seals that was designed by a woman — is also meant to emphasize the state’s geographic features, including mountains and lakes. 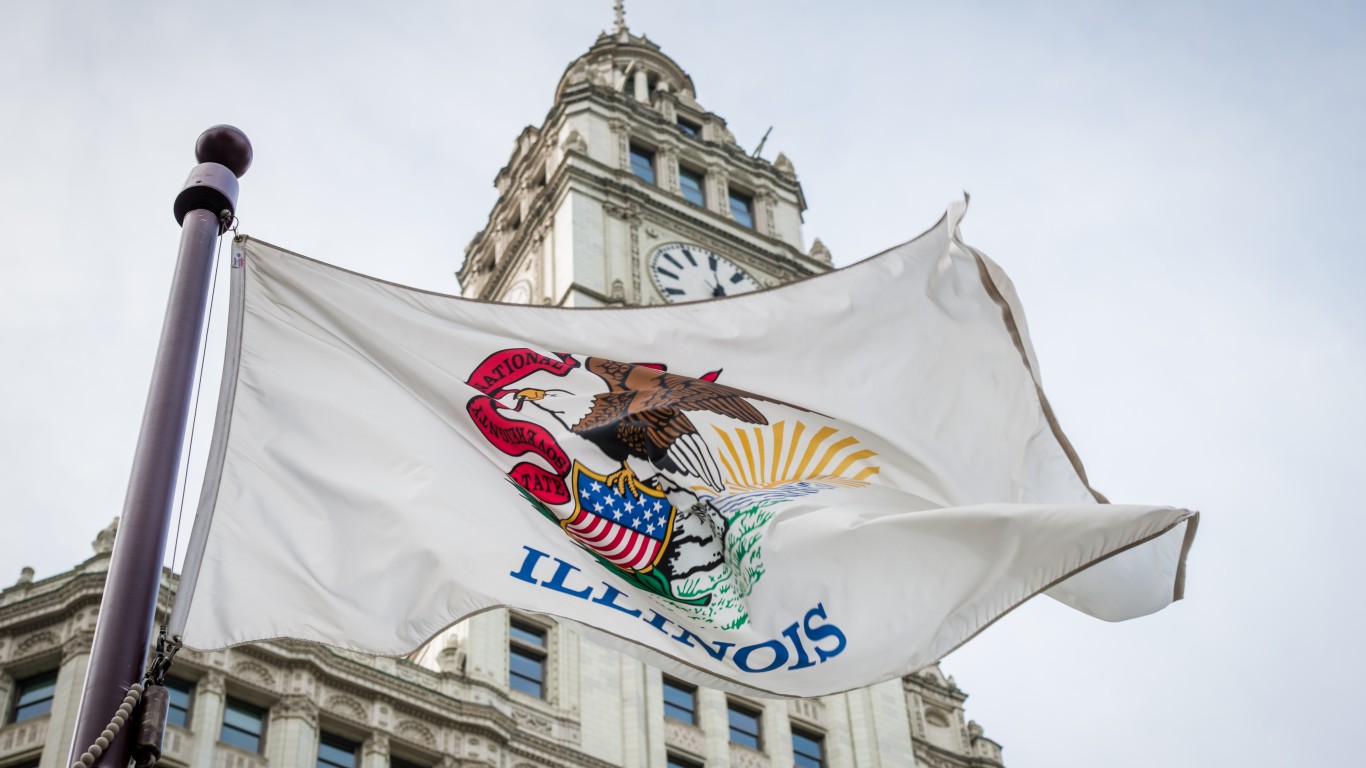 Illinois
> Flag design: State seal on a white background, with the word “Illinois” underneath the seal
> Officially adopted on: 1913

The flag’s design includes elements from the Illinois seal such as a rock on a stretch of land with water and a rising sun behind it. The seal also includes a shield bearing the national stars and stripes in the claws of a bald eagle. The ribbon reads the motto of Illinois: “State sovereignty — national union.” The 1818 and 1868 years stand for the years Illinois became a state and for the first use of the state seal, respectfully. The name of the state was added in 1969 to make the flag more recognizable. 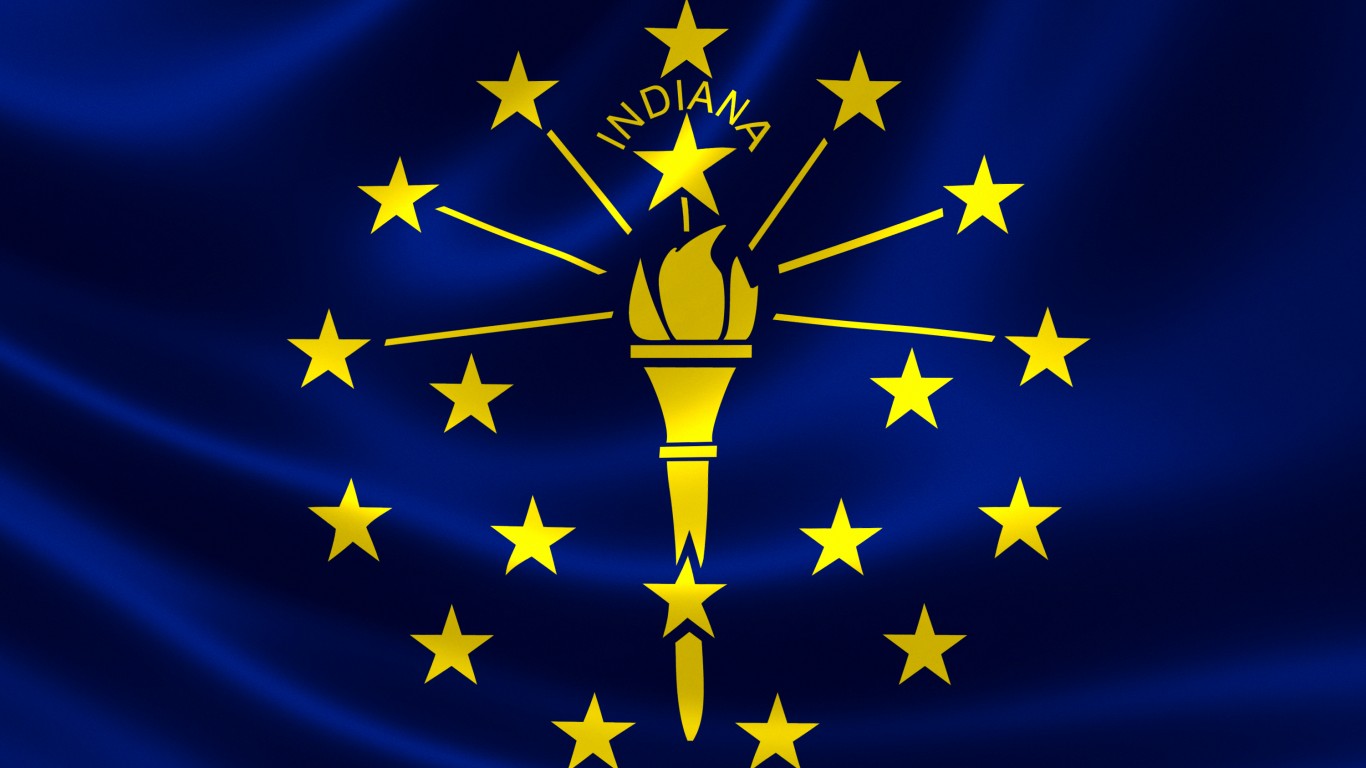 Indiana
> Flag design: A gold torch surrounded by 13 stars, an inner semi-circle of 5 stars, and a large star at the top, crowned by the word ‘Indiana’
> Officially adopted on: 1917

The torch in Indiana’s state flag is a symbol of liberty and enlightenment. The 13 stars in the outer circle symbolize the original 13 colonies. The five stars that make up the inner semi-circle represent the next five states to join the Union. The large star above the torch — and the 19th on the flag — is a symbol of Indiana becoming the 19th state. 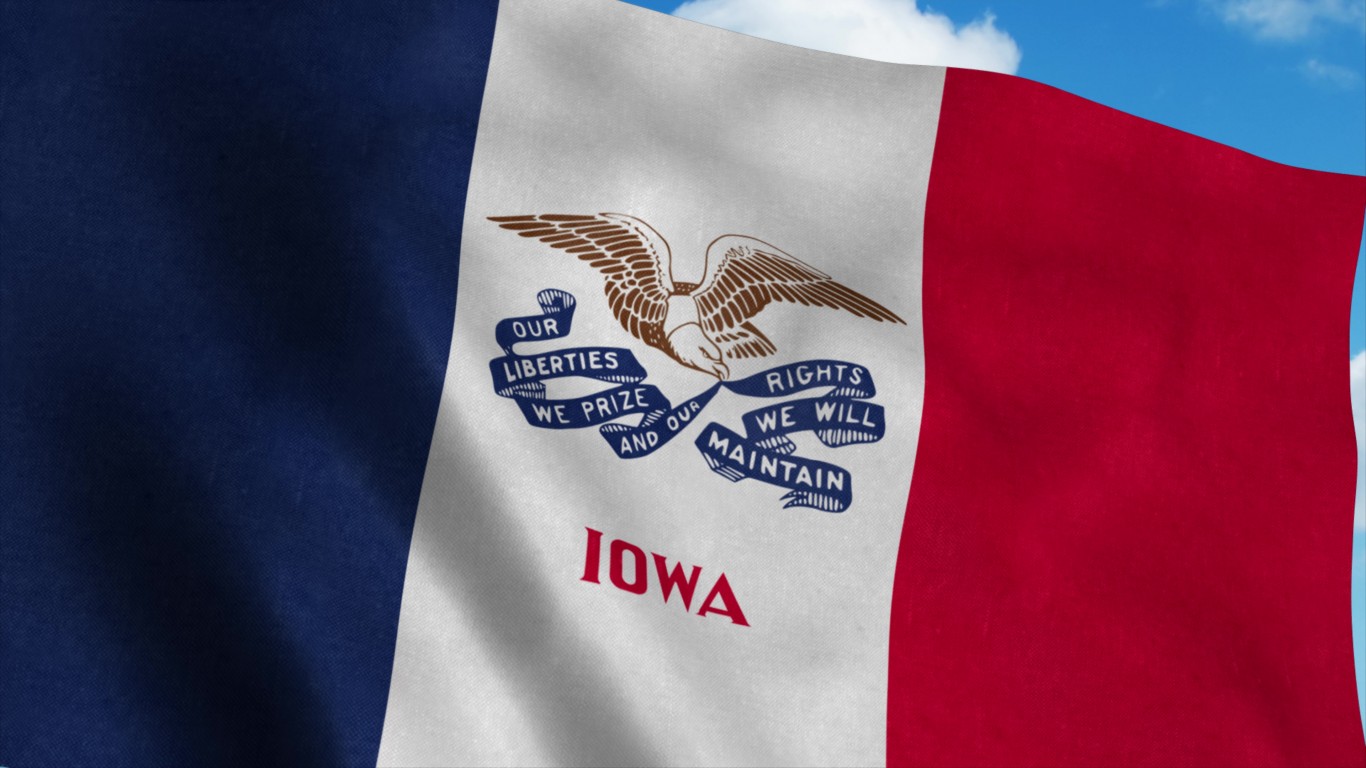 Iowa
> Flag design: A vertical tricolor consisting of blue, white, red, with an eagle holding a ribbon in the center
> Officially adopted on: 1921

Iowa’s flag was designed so that Iowa national guardsmen stationed at the Mexican border during World War I would have an emblem to represent them. The blue stripe stands for loyalty, justice, and truth, the white stands for purity, and the red for courage. The eagle carries streamers in its beak inscribed with the state’s motto: “Our liberties we prize and our rights we will maintain.”