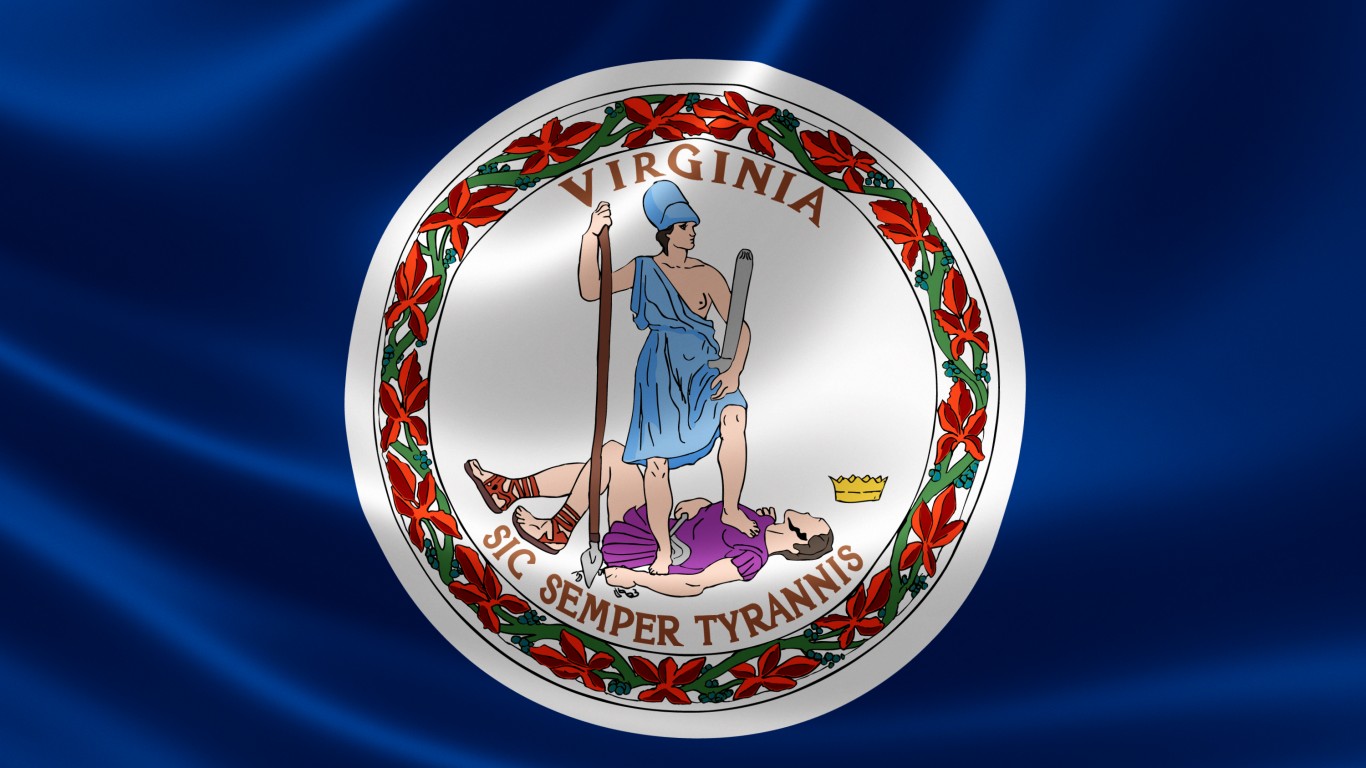 The official state seal is represented on the Virginia flag. The seal features the goddess Virtus, who represents Virginia. She is depicted dressed as an Amazon, wearing a helmet and holding a spear and sword, above the Latin motto “Sic semper tyrannis,” which means “Thus always to tyrants.” She is standing over a defeated tyrant. 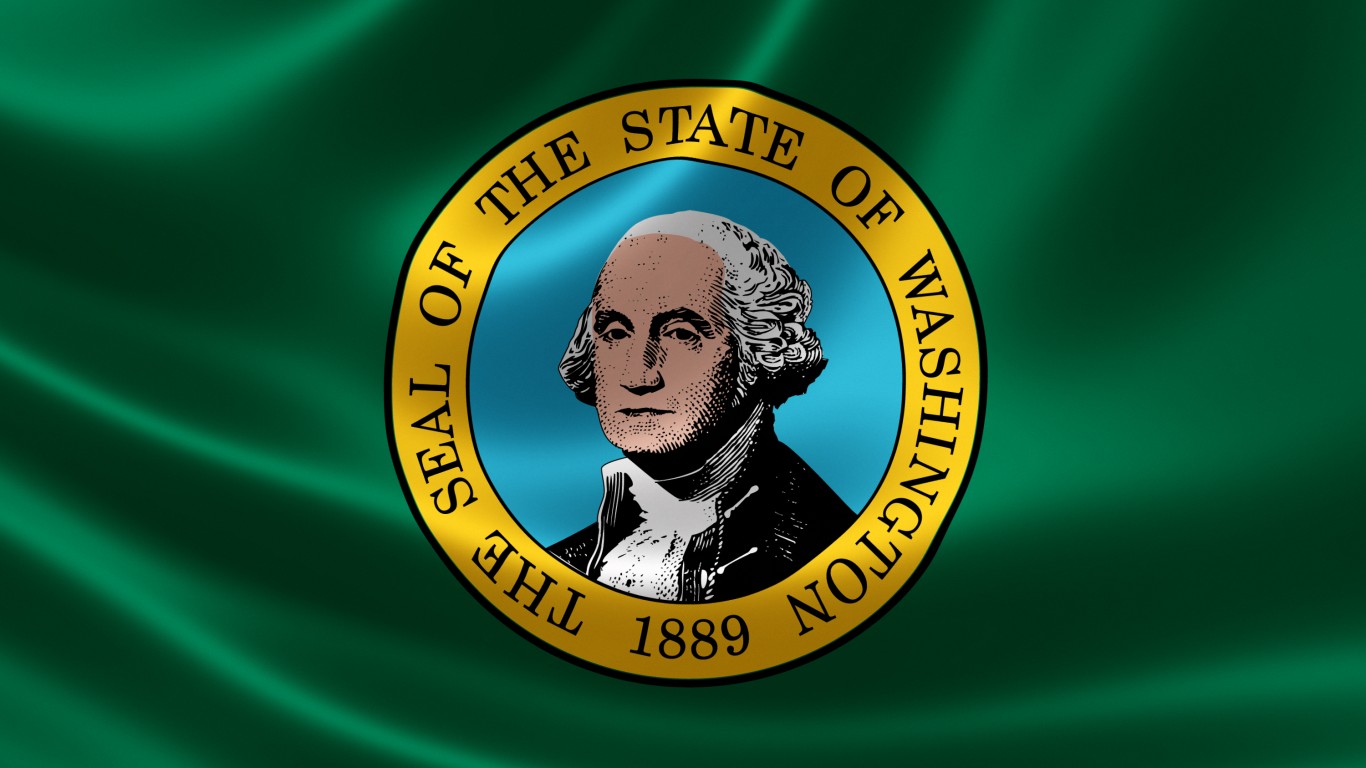 ALSO READ: How Your State Was Founded 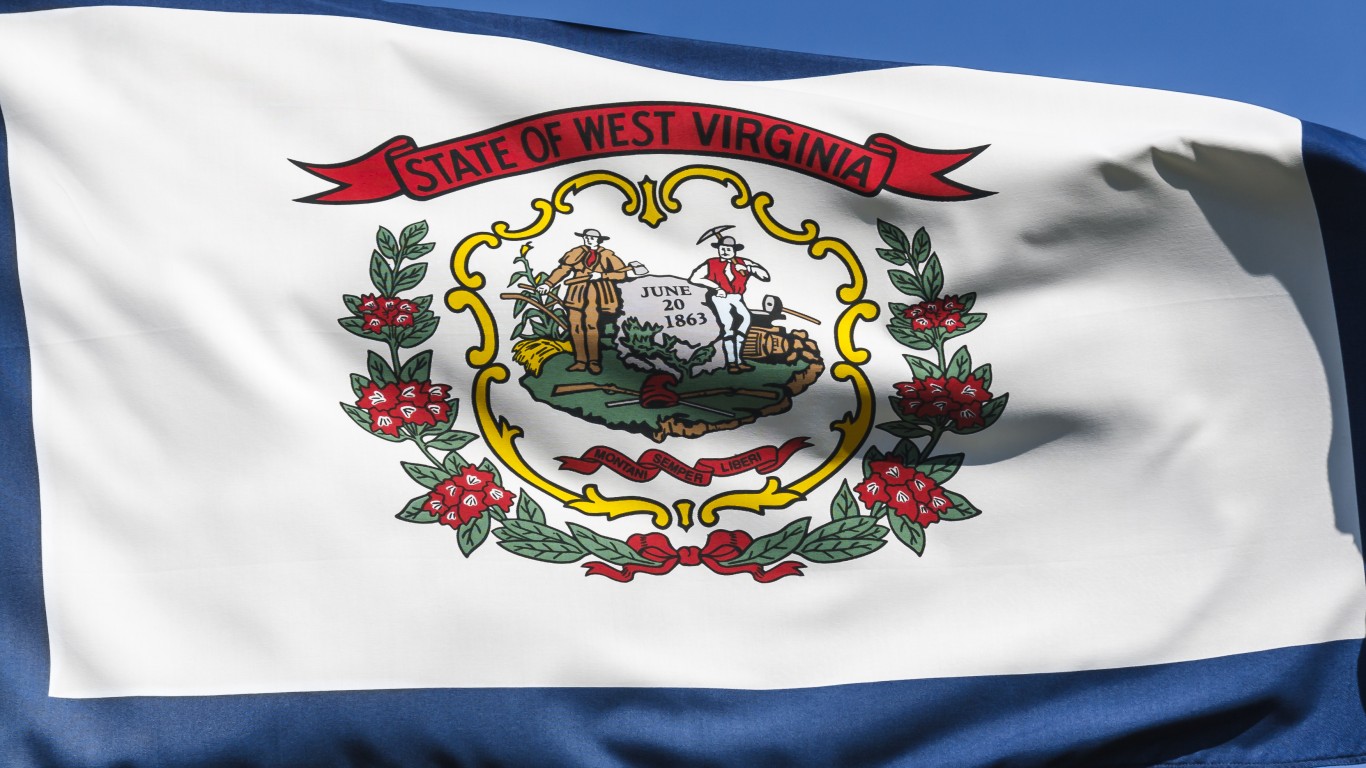 The West Virginia flag has the state motto in Latin “Montani Semper Liberi,” which means “Mountaineers Are Always Free.” A wreath of rhododendron, the state flower, is also featured. The farmer and the miner in the design are standing next to a rock inscribed with the date when West Virginia became a state — June 20, 1863. 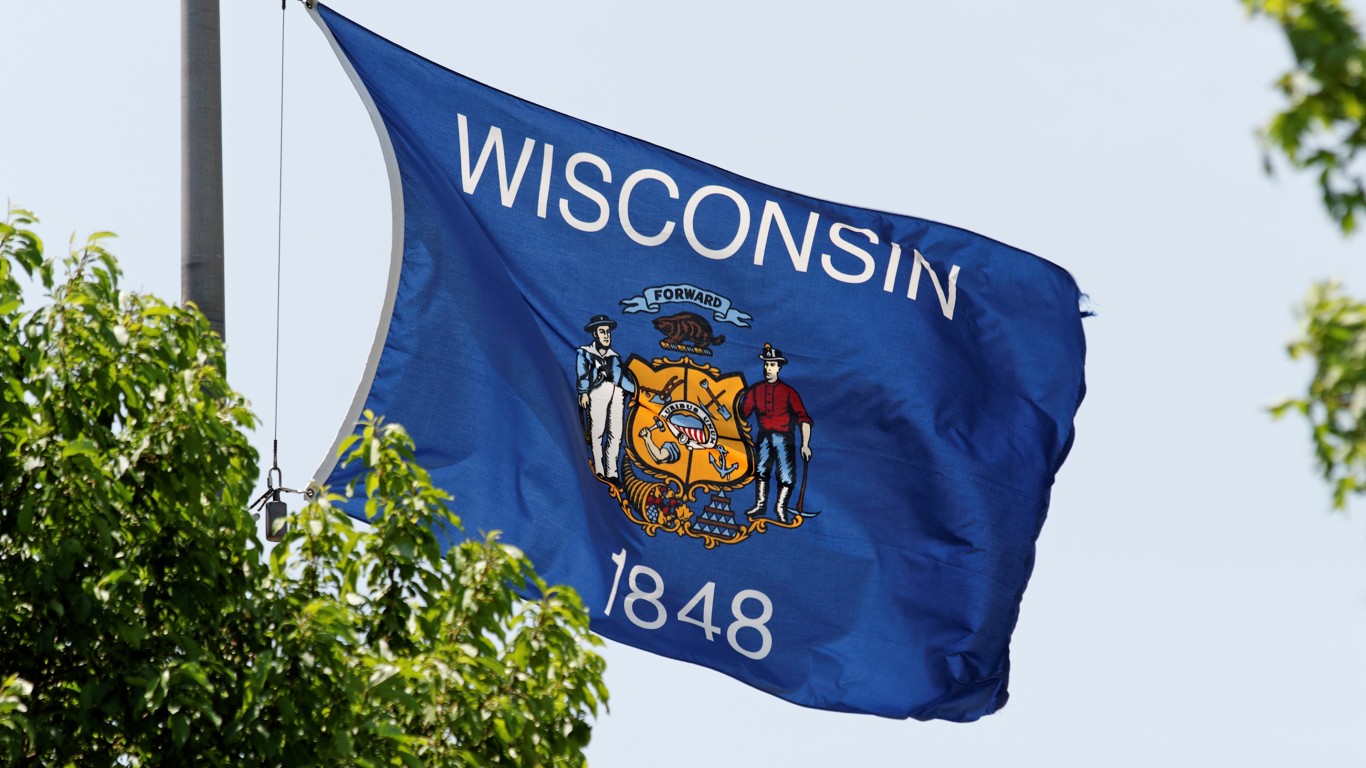 Wisconsin’s state flag’s design contains many symbols. The blue background represents wisdom and trust. The miner is a symbol of workers in the state; the sailor represents the state’s extensive coastline; and the golden seal signifies four major trades in Wisconsin — navigation, manufacturing, mining, and agriculture. “1848” refers to the year Wisconsin was admitted to the Union. The state’s motto, “Forward,” is included at the top. 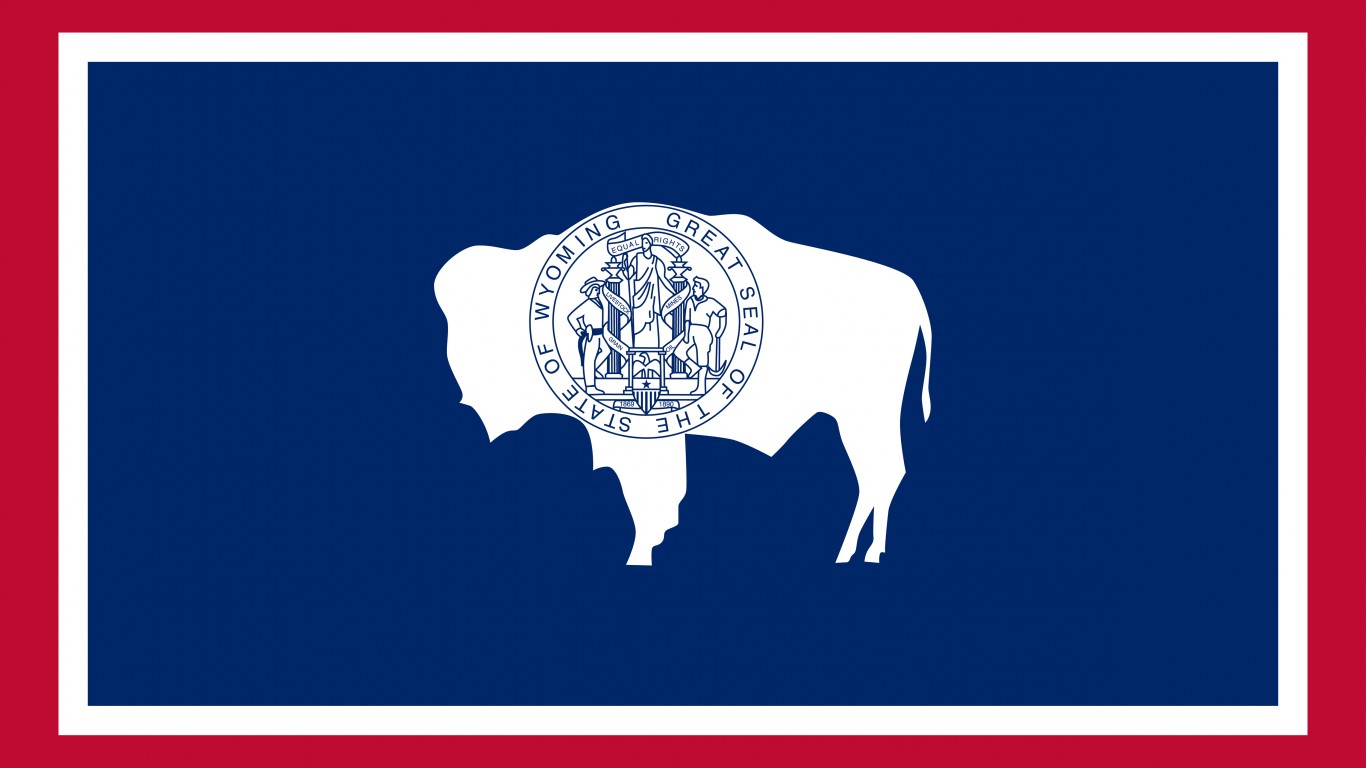 Wyoming
> Flag design: A silhouette of an American bison on a blue field, with white and red coats around it
> Officially adopted on: 1917

The bison is Wyoming’s official state animal. The red, white, and blue colors of the state flag are the same as the colors on the national flag. The red on the border is a symbol of the Native Americans who first lived in the region. The red also symbolizes the blood of the people who died for the land. White is a symbol for purity, and blue, the color of loyalty, stands for the state’s sky and mountains.