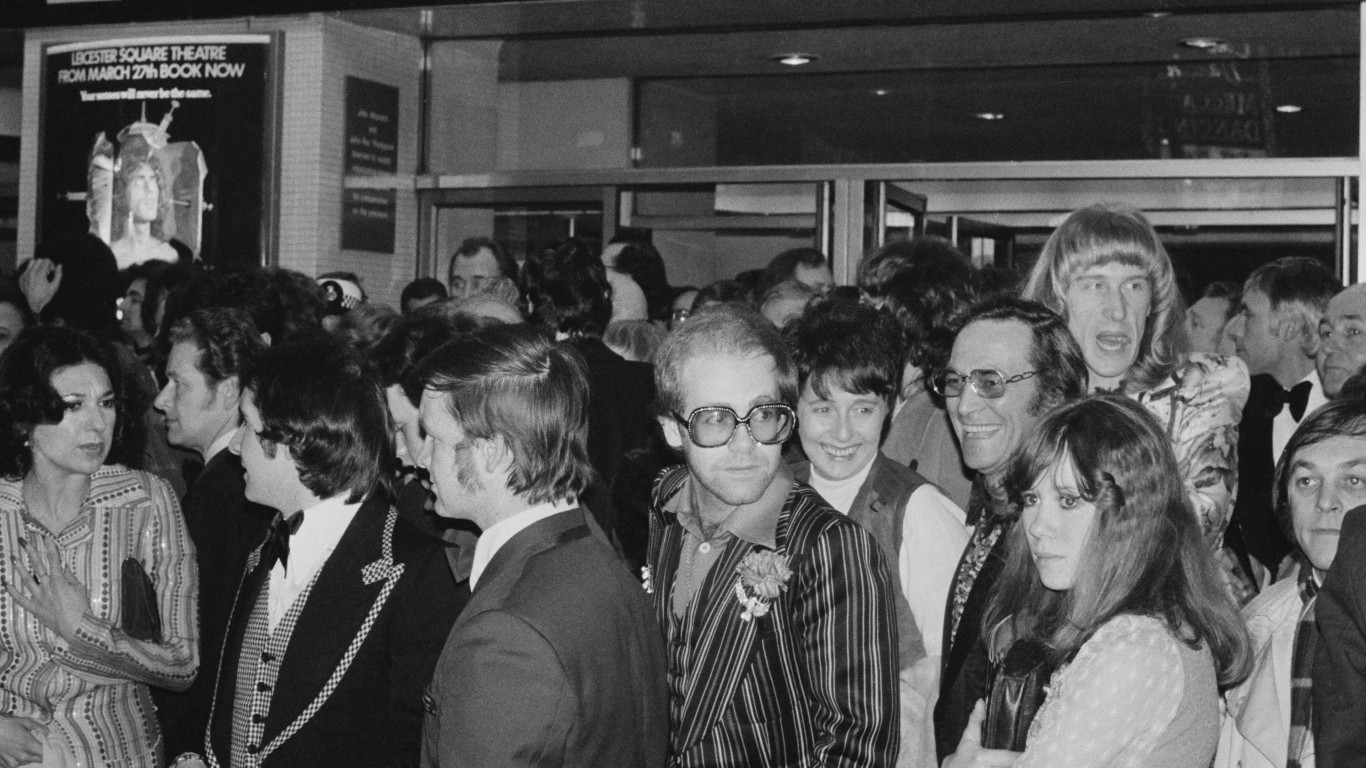 Elton John’s 1969 solo debut album didn’t reach its peak on the Billboard 200 until 1975 due to a delayed release in the U.S. While it is generally agreed that this not Elton John’s greatest record, songs like “Skyline Pigeon” hint at the brilliance that would later come. 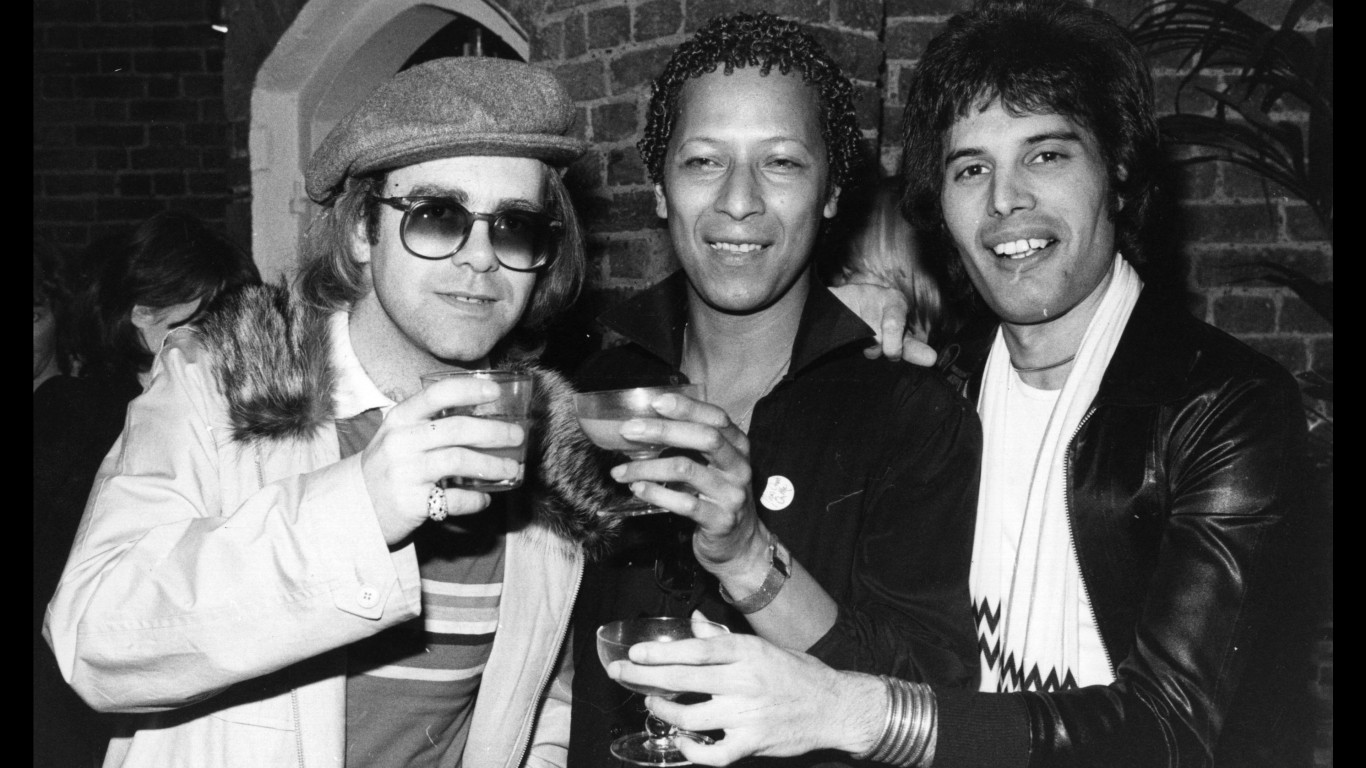 “Tumbleweed Connection” is Elton John’s paean to the American West and South. Bernie Taupin’s lyrics were heavily influenced by The Band and Creedence Clearwater Revival, and that is reflected in songs like “There Goes a Well Known Gun,” about a fugitive outlaw, and “Country Comfort” about blissful country life.

ALSO READ: Artists With the Most No. 1 Hits 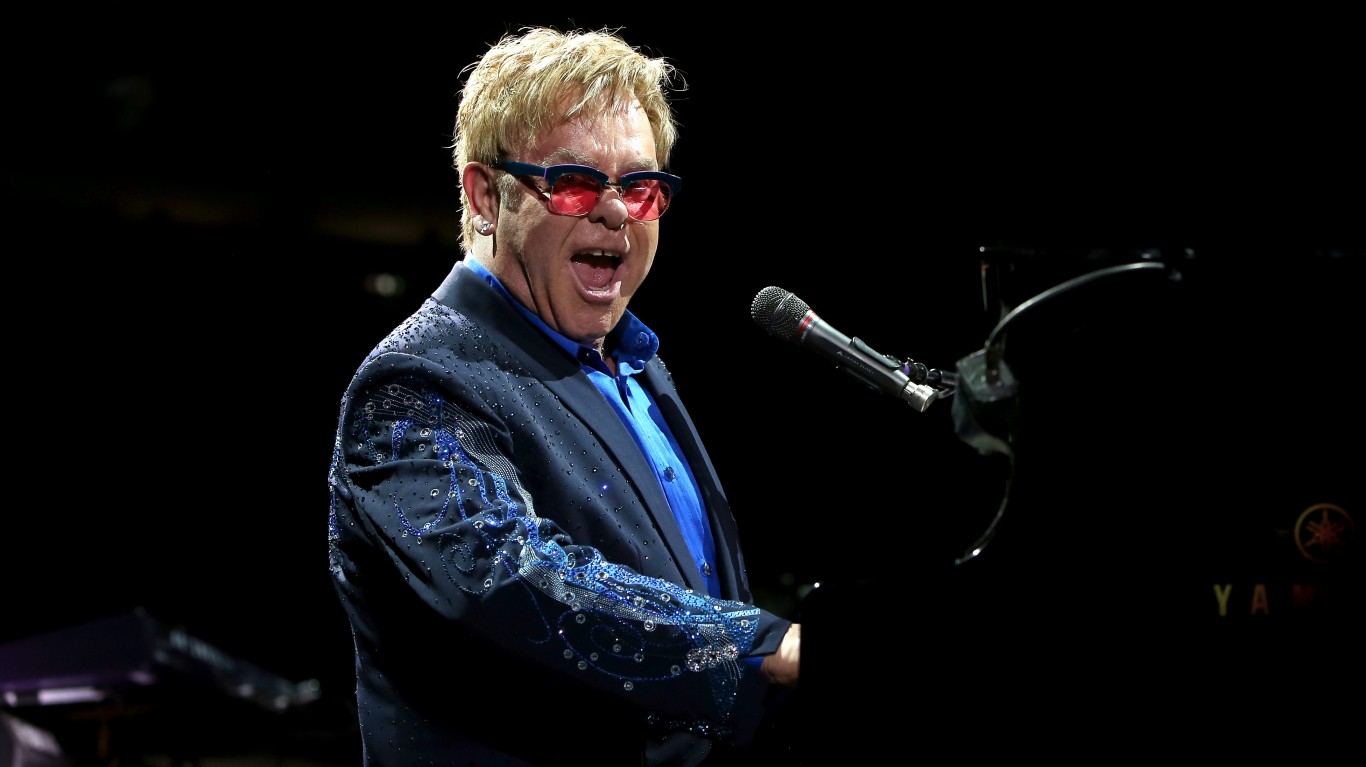 “The Diving Board” harkens back to Elton’s earlier, stripped-down material, moving further away from his stadium-rocking pop sound. The album proves that even in his ’60s the musician was a creative force. 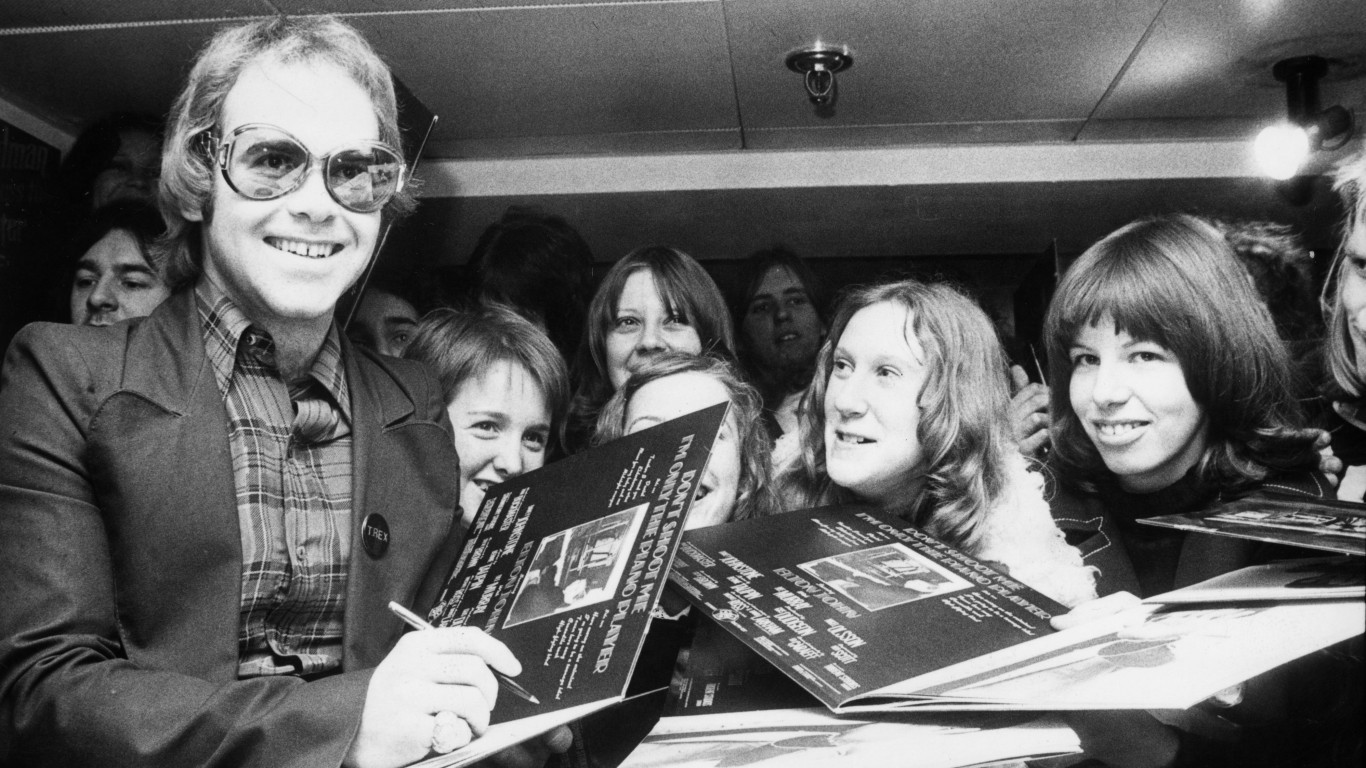 “Here and There” is a live album released prior to the “Blue Moves” LP. The original release included only nine tracks, but the album was expanded to include 25 total songs upon reissue. The reissue also includes a number of songs featuring John Lennon performing during what would be his last live appearance at Madison Square Garden. 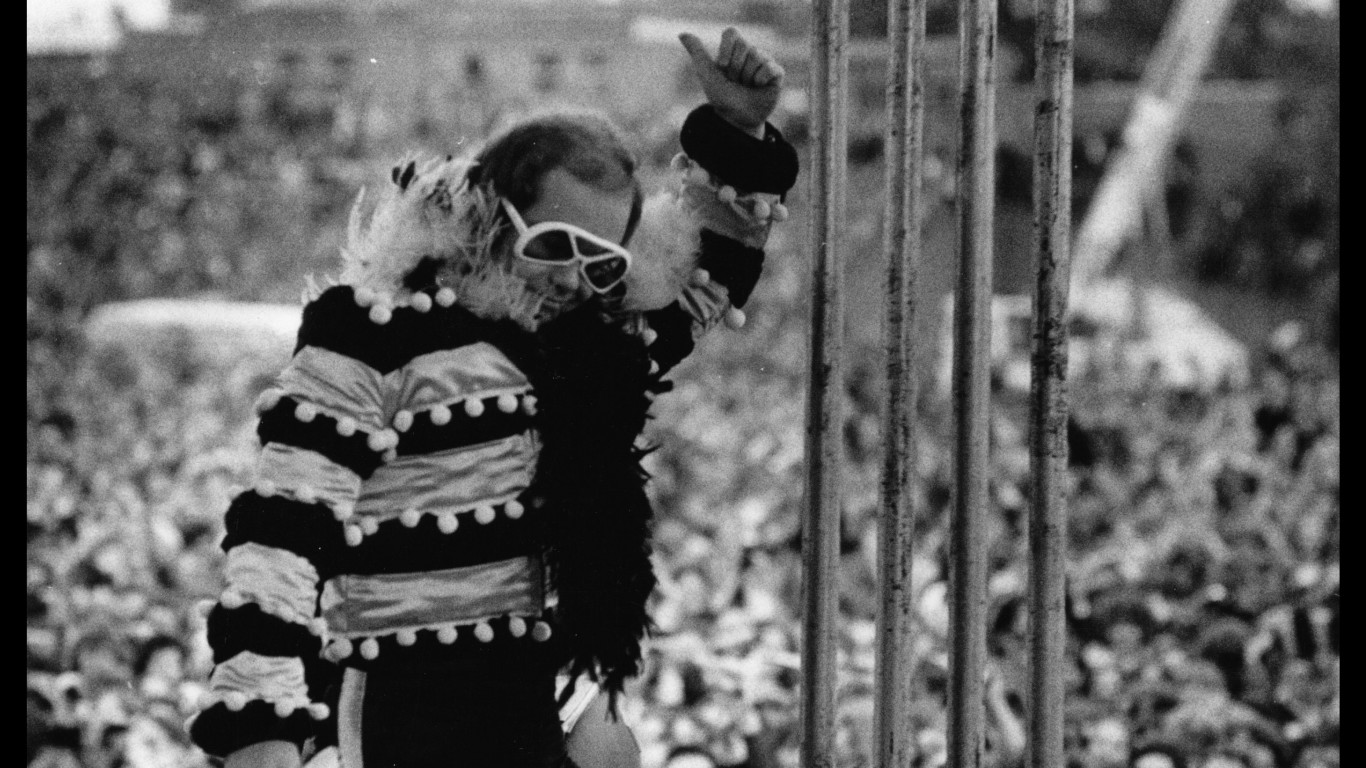 “Elton John,” the rocker’s second album, climbed to No. 4 on the Billboard 200, the first of 19 albums to reach the top 10 and enshrine him as one of the top pop acts of all time. The single “Your Song” was a breakthrough hit, reaching No. 8 on the Billboard Hot 100 pop chart. The album went gold in 1971 and was nominated for a Grammy for Album of the Year.