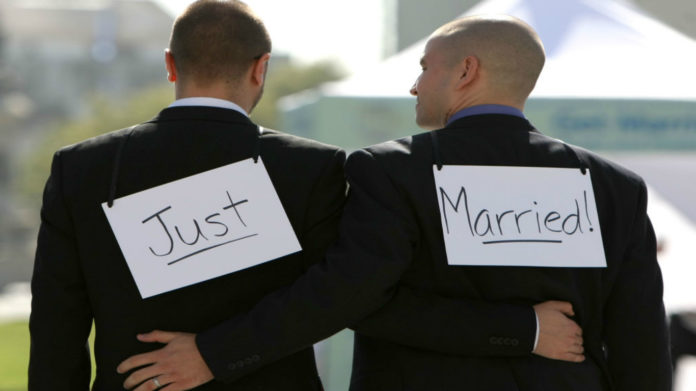 May 24 marked the first day that gay and lesbian couples in Taiwan can register to marry. While the new legislation guaranteeing that right is far from perfect — for example, it doesn’t allow a Taiwanese person to marry a same-sex national of another country where same-sex marriage is not legal — it is the first legislation legalizing same-sex marriage in any Asian country.

While heterosexual couples enjoy the right to marry, adopt children, and receive their partners’ pension benefits after death, homosexual couples in many countries face discrimination in all of these categories.

To date, only 29 out of the 195 countries in the world have legalized same-sex marriage. While many same-sex couples have no choice but to wait for legalization — some are together for decades before they are finally able to marry — in many countries people who can choose to get married are doing so later in life.

Opposition to legalizing same-sex marriage often comes from religious organizations who claim that it destroys the sanctity of marriage. However,  a U.S. study has shown that heterosexual couples divorce at higher rates than homosexual couples, with some states having lower divorce rates than others, and within each state, places where more people are getting divorced.