24/7 Tempo
Home Food Chefs With the Most Michelin Stars

Michelin stars are like the Oscars of the restaurant industry – an acknowledgement of quality that almost always also means a boost for business. Stars are bestowed annually, in a series of almost 30 guidebooks covering France – home of the publisher, the Michelin tire company – and cities and countries around the world. Any chef who wins a star – and especially those who win a coveted three-star rating – can justly feel among the elite of his or her profession.

However, there’s no such thing as a Michelin-starred chef. Stars are given to restaurants, not chefs, even when the chef owns the place or when it’s named for him or her. As Michelin itself puts it on the guide’s website, “The MICHELIN Guide awards stars to restaurants based on the quality of the food they serve, and not to individuals,” adding that that’s appropriate because “world-class meals are often the collective efforts of an entire team.”

If there are no Michelin-starred chefs per se, though, there are chefs who have managed to win multiple Michelin stars. The guide grants one star to a restaurant deemed to be “Une très bonne table dans sa catégorie” (a very good table in its category), two to a “Table excellente, mérite un détour” (an excellent table, worth a detour), and the highest accolade, three stars, to “Une des meilleures tables, vaut le voyage” (one of the best tables, worth a special trip).

Some 13 chefs currently run one or more restaurants in all three categories, and another seven have at least five stars each in various combinations. The stars may not be attached to them permanently, but the fact that they’ve won these honors certainly means that they’re among the best of the best at the art of cooking and the business of running a kitchen. (Not only Michelin-starred restaurants are worth a trip. Here is a list of the one can’t miss restaurant in every state.)

To determine the chefs honored with the most Michelin stars around the world, 24/7 Tempo reviewed data collected by the British-based financial product comparison site Money.co.uk. The site based its original list on “Who is the Best Chef in the World? 16 Top Michelin Star Chefs in 2022,” appearing in the “inspirational experiences” blog Truly, then verified information against the most recent editions of the Guide Michelin for the countries concerned. The list includes the 20 chefs with five or more stars.

Money.co.uk reports that its data was up-to-date as of March. We verified it in mid-May and made changes where appropriate, and added three chefs who were omitted in the source material – Simon Rogan of the U.K. and the Italian chefs Enrico Bartolini and Umberto Bombana. Note that new editions of the guides for various places are published on a rolling schedule throughout the first part of the year and also that restaurants – even those with Michelin stars – do sometimes close, especially these days, so the particulars on this list are subject to change. (Here are the saddest restaurant closings of 2021.)

If the accomplishments of these chefs seem impressive, by the way, it’s worth remembering that a chef who’s not on this list – the late Joël Robuchon, the so-called “Chef of the Century,” who died in 2018 – ran restaurants holding a total of 32 Michelin stars at the time of his demise. 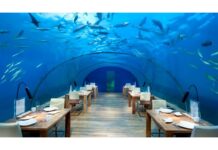