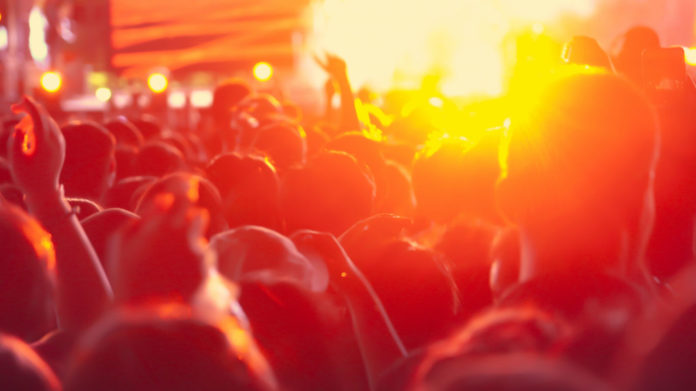 With nice weather abound and plenty of vacation days — especially for students — demand for concerts and festivals increases. Many musicians heed the call and spend an above average amount of time on the road during the summer months.

Some of today’s most popular live music events are outdoor festivals. This summer’s major festivals include Pitchfork Music Festival in Chicago, Firefly in Delaware, and Outside Lands in San Francisco. This August also marks the 50th anniversary of Woodstock. A three-day festival will be held in Watkins Glen, New York, featuring artists such as The Killers, Dead & Company, and Jay-Z.

Other artists will be spending the summer participating in the tried-and-true undertaking of  touring, performing for fans in cities across the country. Pop country duo Florida Georgia Line — one of America’s most popular country acts — have 50 U.S. tour dates scheduled throughout the summer. Blink-182, who are one of the most famous bands to have been active for the past 27 years, have 42 shows scheduled.

24/7 Tempo has identified the 95 biggest summer tours, based on followers on music-tracking site Songkick and online interest in each performer. Only musicians with concerts scheduled between June 21 and Sept. 23 — the official dates of summer — were included. Artists with only one scheduled concert and those performing as a part of a music festival were also considered.

To identify the biggest tours this summer, 24/7 Tempo created an index based on the weighted average of the number of fans tracking an artist’s tour dates on live music-tracking site Songkick as well as the average daily number of visits to the artist’s Wikipedia page over the past 24 months (as of May 12, 2019). To be considered for the ranking, an artist or band needed to currently have scheduled tour dates in the United States and have at least 500,000 fans tracking them on Songkick.

Songkick is a concert listings aggregator that collects listings from sources such as major ticket vendors, smaller vendors, local listings, and more. Artists and their managers can also manage their own listings on the site. The total number of U.S. tour dates for each artist comes from Songkick and only includes events that are scheduled to take place between the official beginning and end of summer — June 21 and Sept. 23. Some artists may add or remove events from their schedule, so therefore not all events may be reported on Songkick. However, the number of shows listed is the best approximation at the time the data was collected.