New Jersey rock band Bon Jovi has had a successful career, selling 34.5 million albums and 10.5 million digital singles. It’s been awarded just one Grammy to date — Best Country Collaboration With Vocals in 2006 for the song “Who Says You Can’t Go Home.” The band released a version featuring Jennifer Nettles of the country group Sugarland, which reached No. 1 on the Billboard country songs chart. 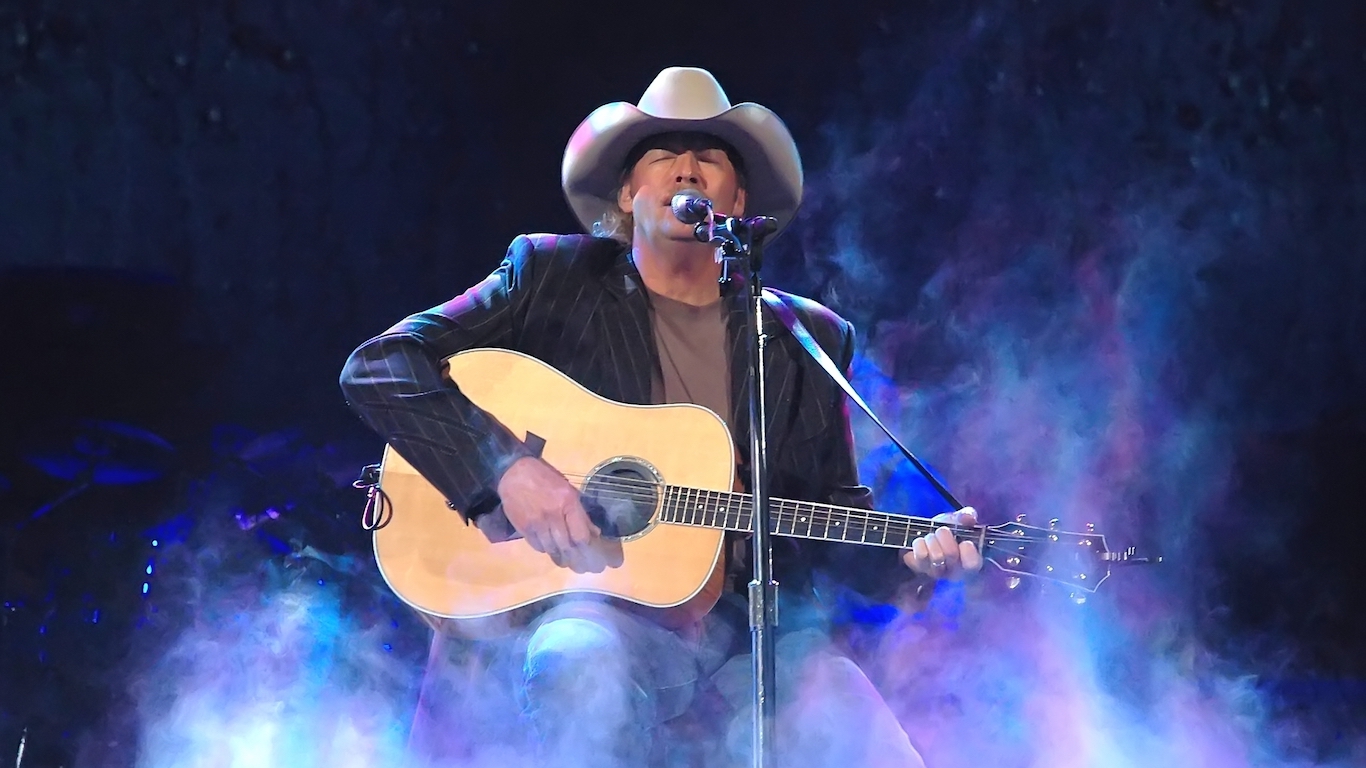 Country singer Alan Jackson released numerous hugely popular albums throughout the 1990s, including “A Lot About Livin’ (And a Little ‘Bout Love),” “Don’t Rock the Jukebox,” and “Who I Am.” And while he was nominated for eight Grammy Awards during that period, he didn’t win until 2002 when he received the award for Best Country Song for his “Where Were You (When The World Stopped Turning)” about the Sept. 11 terrorist attacks.

Fifteen million of Latin rock band Santana’s 43.5 million total certified sales are for the album “Supernatural,” which features collaborations with artists including Dave Matthews, Lauryn Hill, and Matchbox 20’s Rob Thomas. In 1999 that album helped Santana win eight of its Grammys in one night, including Album of the Year and Best Rock Album.

Jay-Z has been nominated for more Grammys than any other artist on this list with a total of 77 nominations. He’s won 22 of the awards, making him the rapper with the most wins ever.

Ariana Grande has sold 40 million digital singles throughout her career, with standouts such as “Problem,” “Bang Bang,” and “Thank U, Next.” The pop star was recognized by the recording academy in 2018 when she won her sole Grammy to date — Best Pop Vocal Album — for the album “Sweetener.”