Between the end of World War II and the end of the 20th century, Americans (especially city-dwellers) forgot a lot about food — where it came from, how it looked in its natural state, how to cook it. The proliferation of canned and frozen produce; the ever-increasing popularity of the microwave oven and other labor-saving kitchen appliances; the increasing ease of buying fish, meat, poultry, and even fruit and vegetables already cut and trimmed and ready for use; and the rise of ready-to-eat meal departments in supermarkets all contributed to this disconnection.

The fact is, though, that some aspects of food have always been somewhat mysterious. There’s much that we simply don’t know. How many people realize that eggplant is a fruit, not a vegetable, for instance? Or that white chocolate isn’t really chocolate at all, no matter how tasty it might be? Or that lobster makes pretty good fertilizer and was once so plentiful in New England that it got plowed into the ground? (These are the most iconic foods every state has given the rest of the U.S.)

Of course, it isn’t necessary to know everything there is to know about the foods we eat. The unexpectedly exuberant qualities of cranberries are beside the point when we’re spooning cranberry sauce onto our Thanksgiving plates. The surprising travels of one corned beef sandwich is neither here nor there when we order one of our own at our favorite deli.

But food facts are fun to know, fun to think about — and fun to share with others. 24/7 has assembled a list of 20 things you might be surprised to learn about some of the most common foods on the American table. 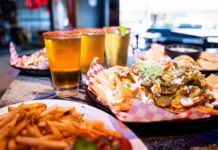 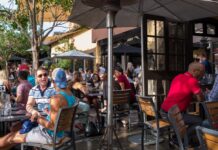