While the CHR report is from 2021, excessive drinking rate figures published in the report are from 2018.

Of the 3,220 counties or county equivalents, 3,142 had boundaries that fell within one of the 50 states or the District of Columbia. Counties with a 2019 five-year population estimate from the U.S. Census Bureau of less than 1,000 were excluded.

The remaining 3,106 places were ranked based on the excessive drinking rate. Additional information on the share of driving deaths with alcohol involvement and the share of adults who report fair or poor health are also from the 2021 CHR. Median household income data are five-year estimates from the U.S. Census Bureau’s 2019 American Community Survey. 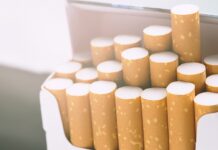