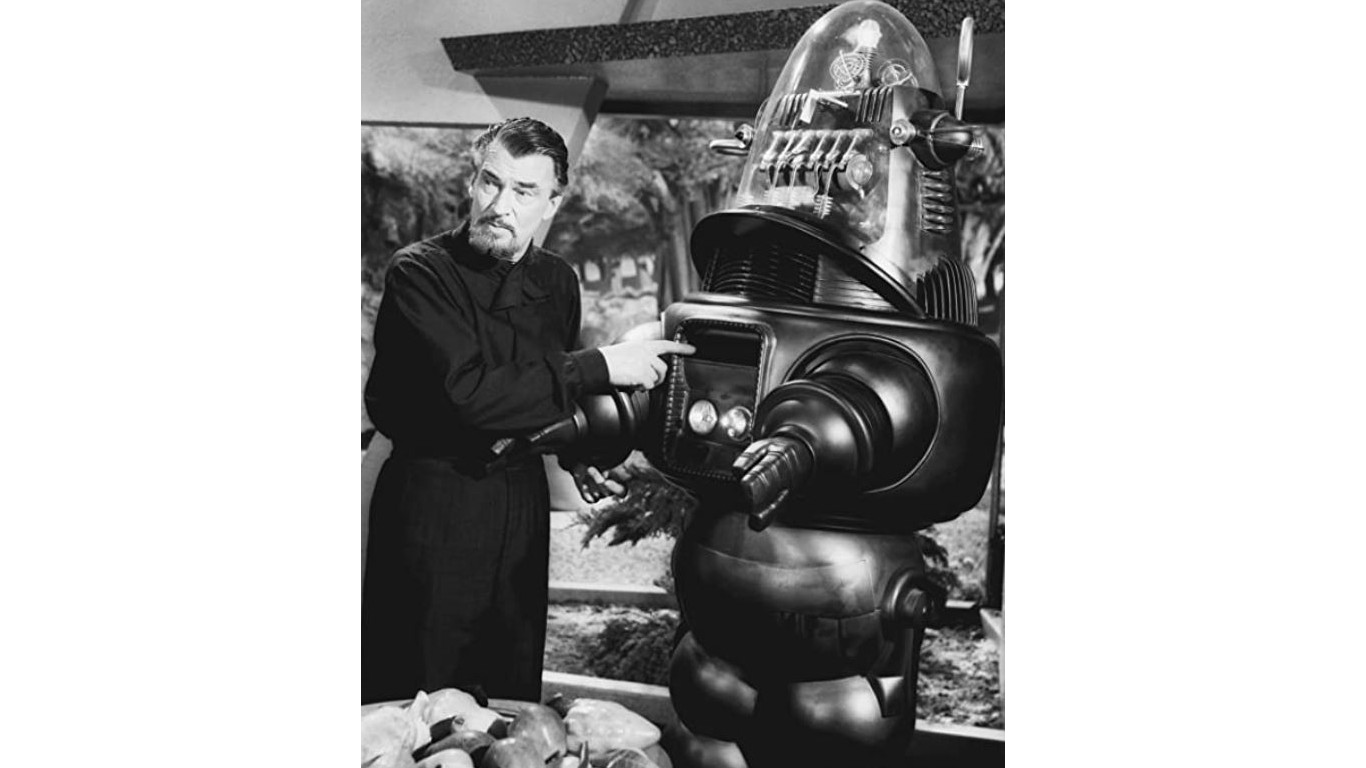 One of the most iconic robots of all, Robby is a mechanical servant created by the mysterious Dr. Morbius, ruler of the planet Altair IV, in this classic sci-fi film loosely based on Shakespeare’s “The Tempest.”. He exhibits artificial intelligence and has a distinct personality. Robby subsequently appeared, in various forms, in countless TV shows and movies.