According to a 2018 Gallup poll, 42% of Americans who drink alcohol prefer beer. (Wine came in second, at 34%.) Luckily for us, we not only have access to most of the best beers from around the world — with brews from Mexico, Ireland, Belgium, and Holland numbering among the biggest beer brands in the country — but produce plenty of our own.

There were more than 7,000 breweries in America in 2018, large and small, with another thousand or so expected to open this year, according to the Brewers Association. While massive brands like Budweiser, Coors, and Miller — most of them owned either by Anheuser-Busch InBev or Miller-Coors — still dominate the market, their sales declined overall by 1.5% last year from 2017, while sales of craft beer rose 4.7%.

There’s nothing wrong with an icy lager from a big commercial brewery. Such beers are superbly thirst-quenching, reasonably priced, and easy to find. Serious beer lovers tend to look for the more artisanal products from craft brewers, though, in their search for variety, and for complexity and/or intensity of flavor.

Based on reviews and ratings from numerous sources, 24/7 Tempo has assembled a list of the 40 most delicious beers made in America, drawn from 19 states around the country. Many of these beers are IPAs — India Pale Ales, a style with a pronounced hop flavor. Others are stouts, dark beers made with roasted malt or barley, sometimes with additional flavors (like coffee, chocolate, even chiles) added; or lagers, beers made in a lighter, more refreshing style.

Fair warning: Craft beers can be hard to find, some of them extremely so. Some breweries sell special bottlings only by lottery or make them available only for a single day each year. They’re also often quite expensive, in some instances $50 or $100 a bottle or more, reflecting the high costs of production on such a small scale, as well as their rarity.

A number of specialist publications and organizations rate craft beers regularly, among them the American Homebrewers Association, Rate Beer, Beer Advocate, and 52 Brews. The list that follows is based on their most recent ratings, as well as other lists of what are widely considered the best-tasting beers American breweries have to offer from sites including 10Best, Ranker, Vinepair, and Paste. Beer Advocate scores are given as a point of reference. Because the ratings are drawn from numerous sources, these scores don’t correspond with each beer’s place on the list. 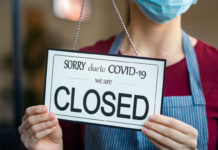 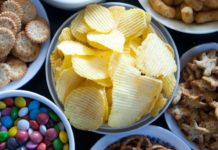