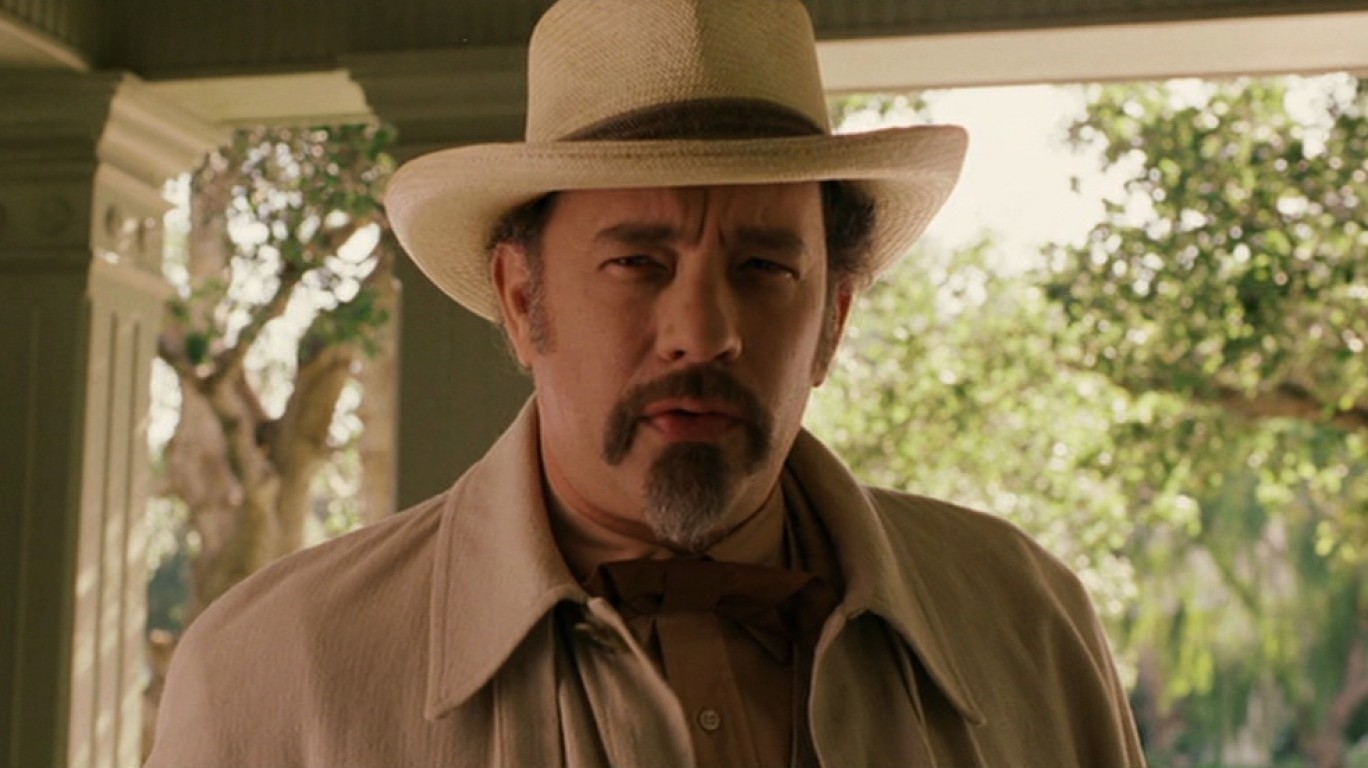 Inspired by the British comic caper movie of the same name from 1955, this film features Tom Hanks playing an eccentric Southern professor leading a gang posing as a classical music ensemble that plans to rob a casino while staying with an unsuspecting but indomitable landlady. David Edelstein of Slate called the film “a very pleasant cartoon for grown-ups.” 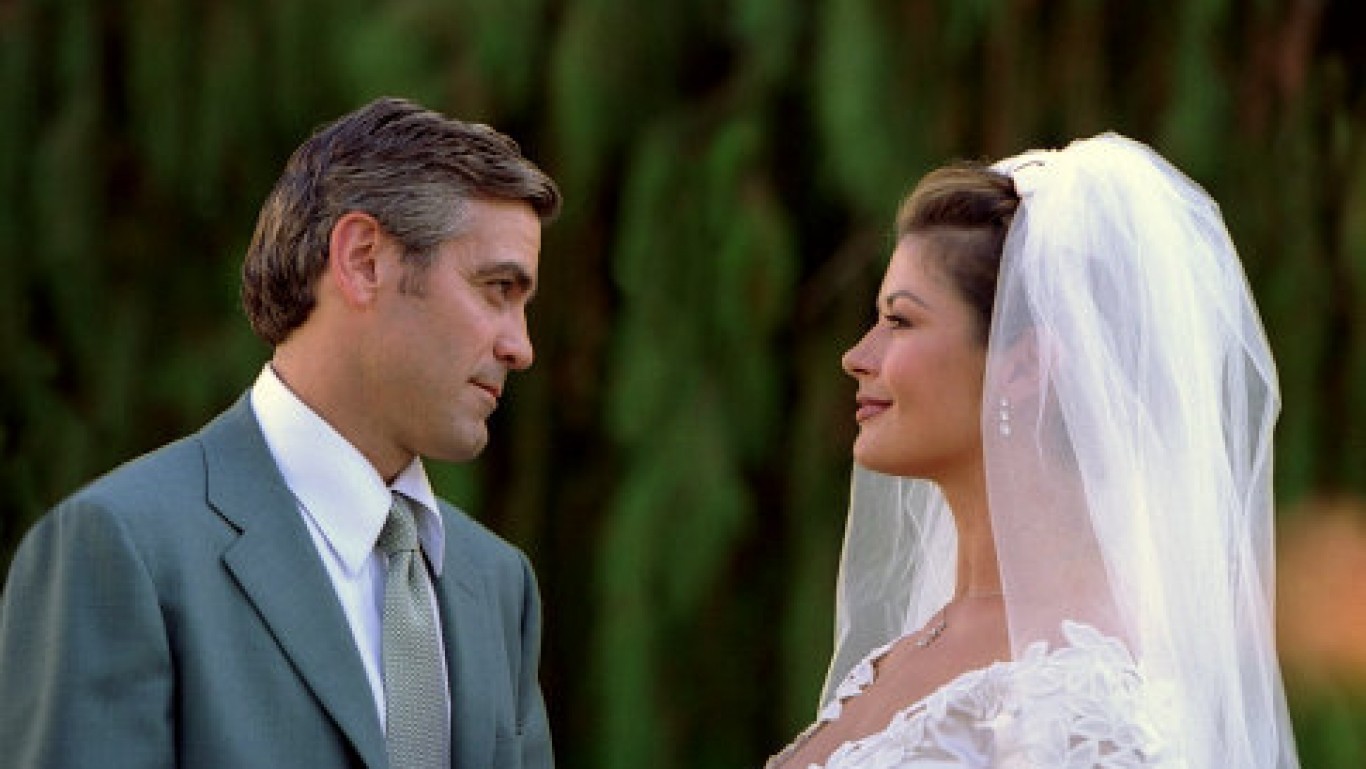 George Clooney is a top Beverly Hills divorce lawyer hired to discredit the gold digger ex-wife (Catherine Zeta-Jones) of his client – and of course he winds up falling in love with her. Critics cited the onscreen chemistry between Clooney and Zeta-Jones, with Peter Bradshaw of the Guardian saying the movie was “a date-movie with brain cells.” 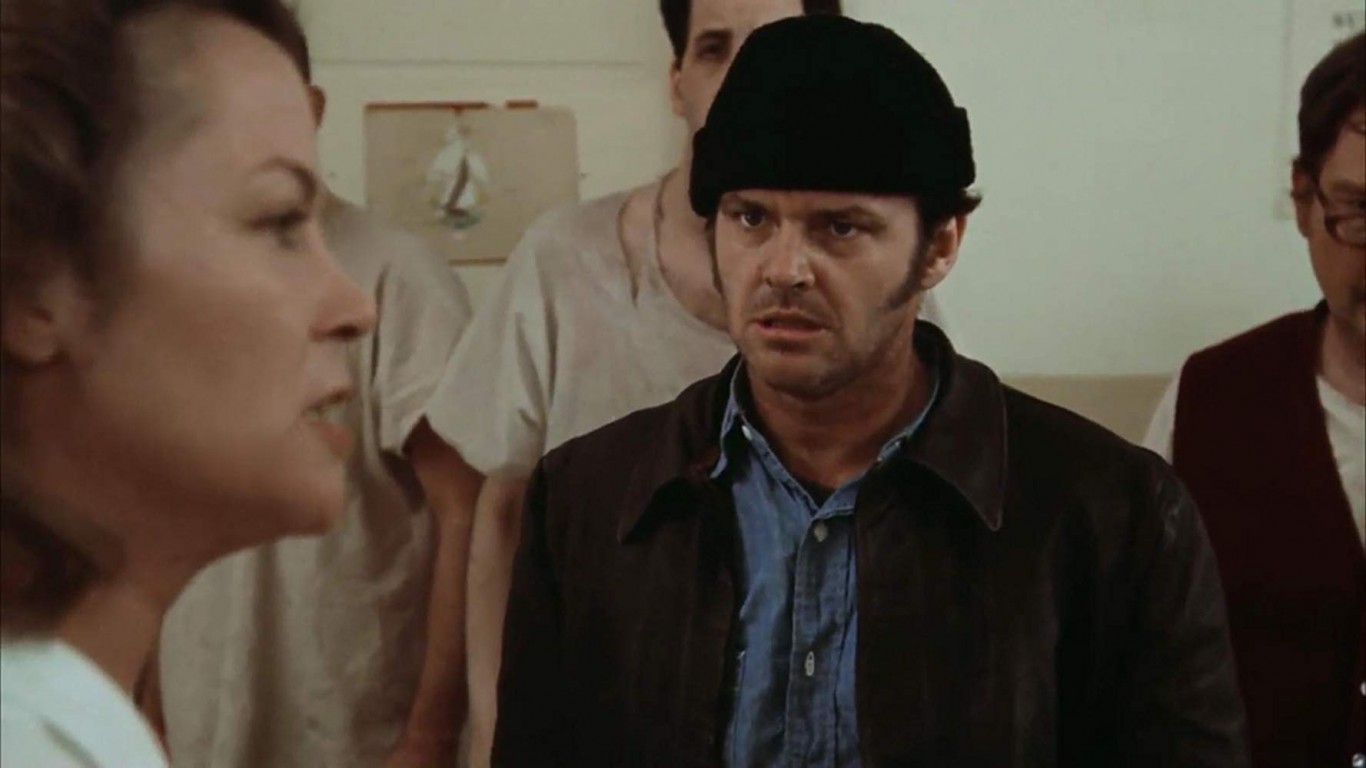 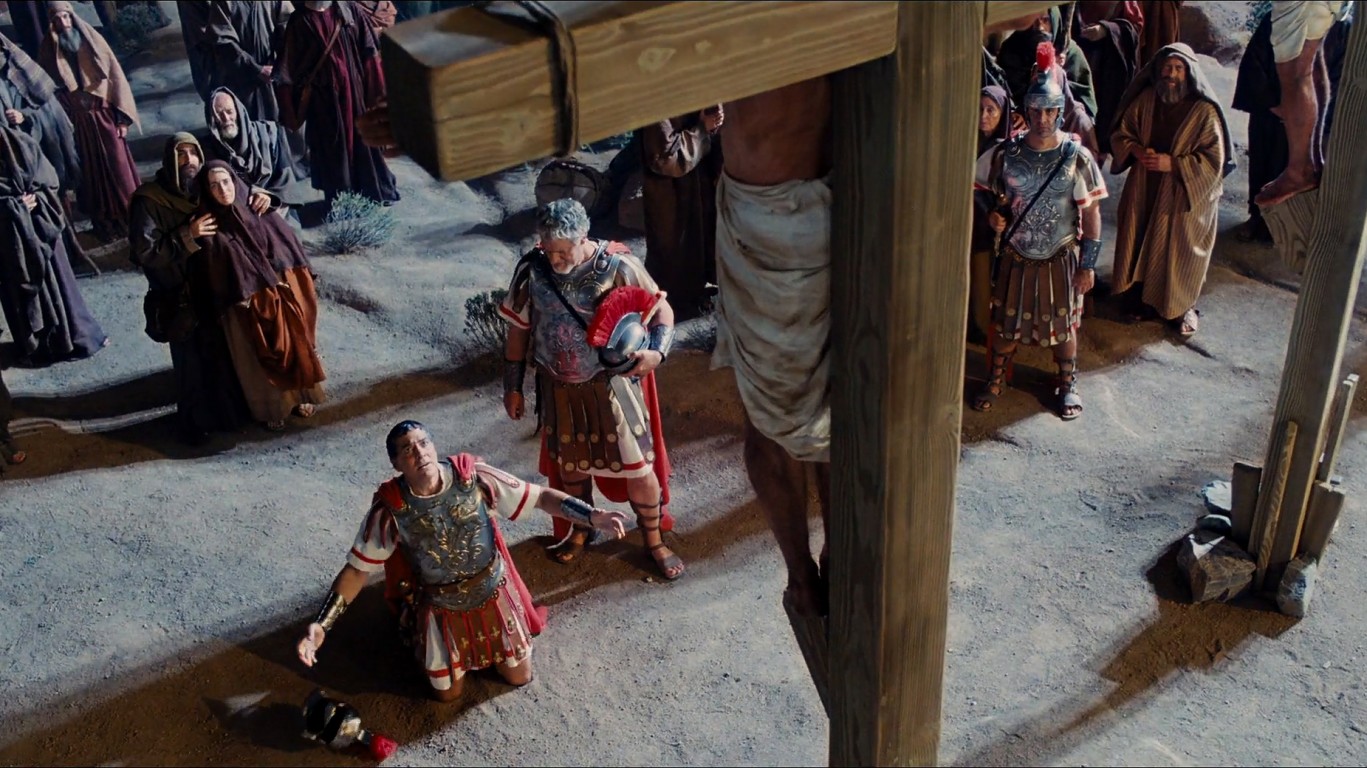 “Hail, Caesar!” is based on the experiences of real-life Hollywood fixer Eddie Mannix, played here by Josh Brolin. Besides solving the problems of actors, directors, and singing cowboys, Mannix faces his toughest task when star Baird Whitlock (George Clooney) is kidnapped while in costume for period epic “Hail, Caesar!” The film was more of a favorite among critics than audiences on Rotten Tomatoes, with the site’s Critics Consensus calling film “an agreeably lightweight love letter to post-war Hollywood.” 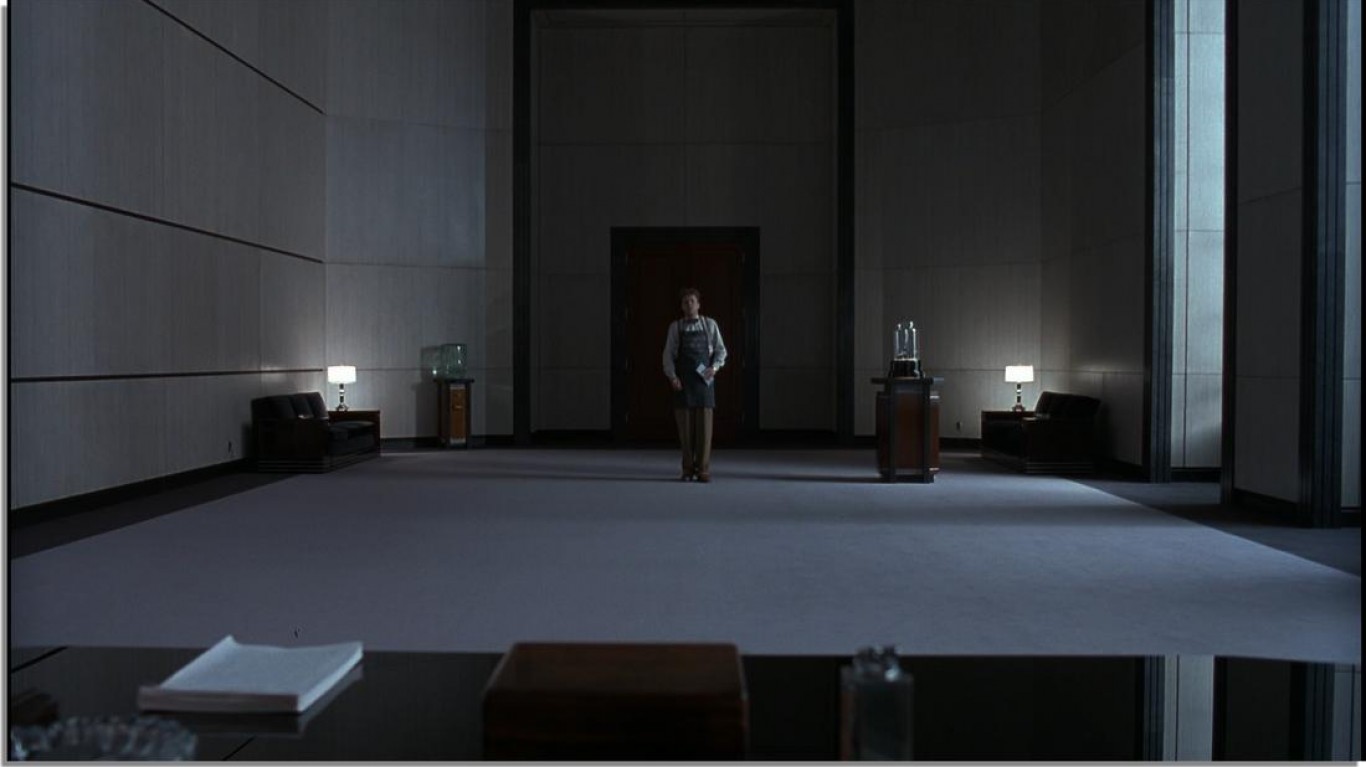 As part of a plan to tank a company’s stock, a newly minted business graduate (Tim Robbins) is made president of a manufacturing firm by the company board led by an unscrupulous executive played by Paul Newman. But the plot backfires when the new president’s product, the hula hoop, takes off and sends the company’s shares soaring. Duane Byrge of Hollywood Reporter called the film “a visually arresting but emotionally uninvolving dark comedy.” 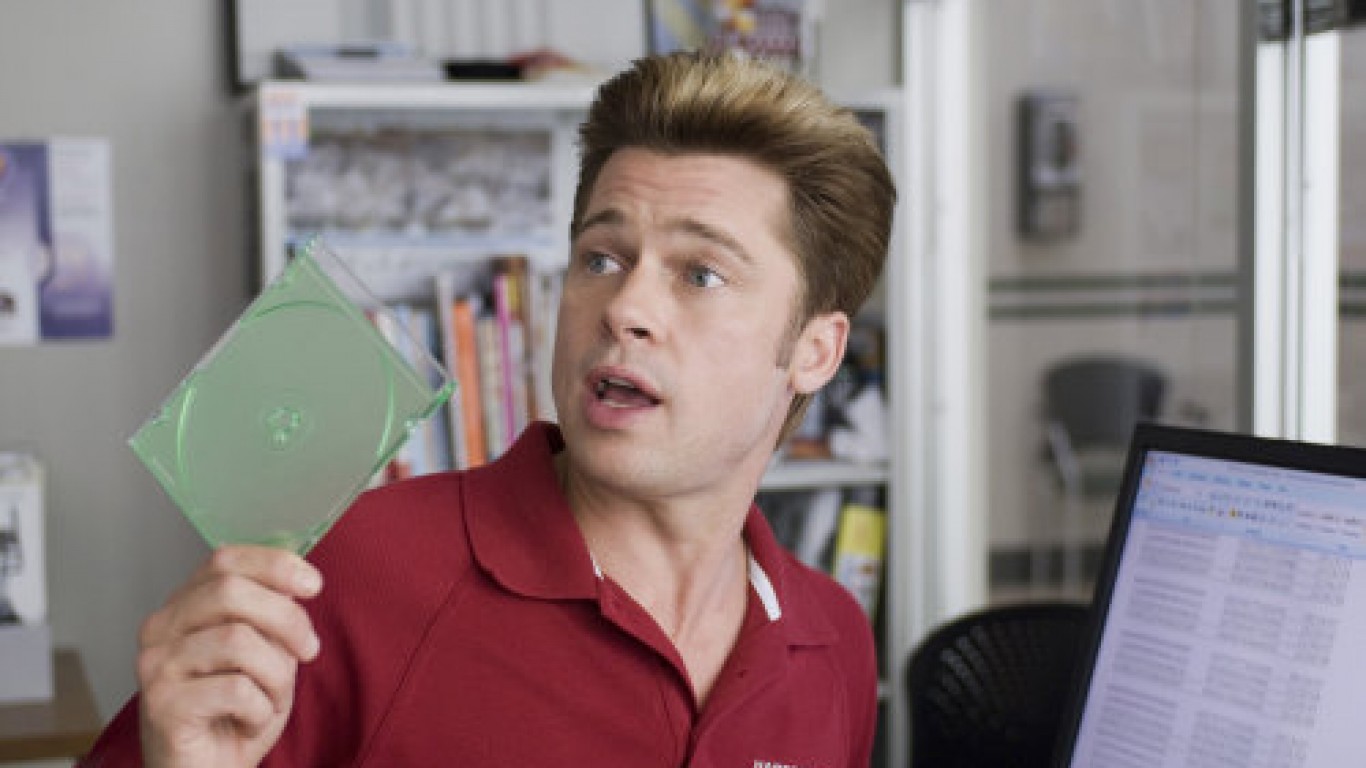 This is a zany comedy about a personal trainer (Brad Pitt) who thinks he’s struck gold when he finds a memoir written by a CIA agent. He and a co-worker (Frances McDormand) decide to sell what they believe is secret government information to the Russians. The Rotten Tomatoes Critics Consensus said the film was “clever comedy/thriller with an outlandish plot and memorable characters.”