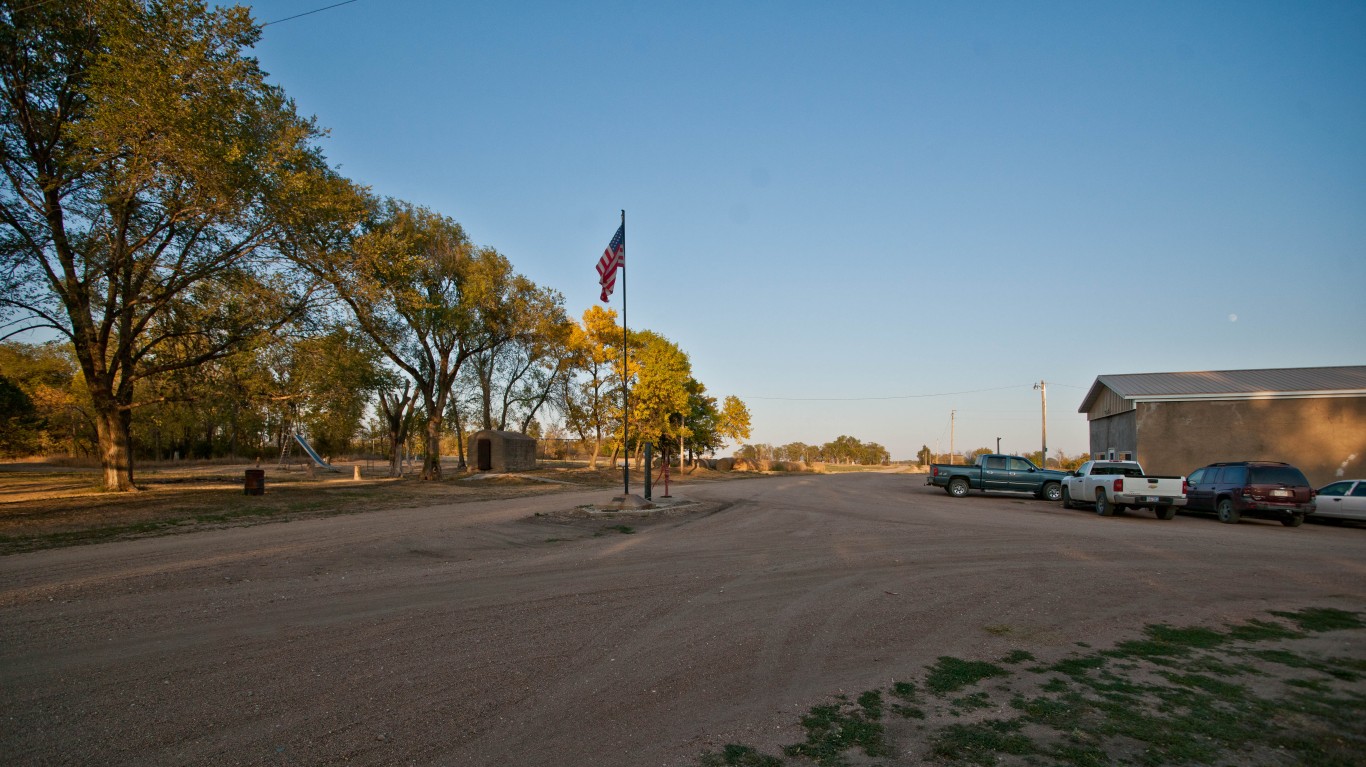 There’s nothing disgusting about this small village in Boyd County, not far from the border with South Dakota. It was named after a couple who opened a store there, hoping to capitalize on the flow of people the promised railroad was going to bring. The railroad, however, was never built, and most people left within a few years. 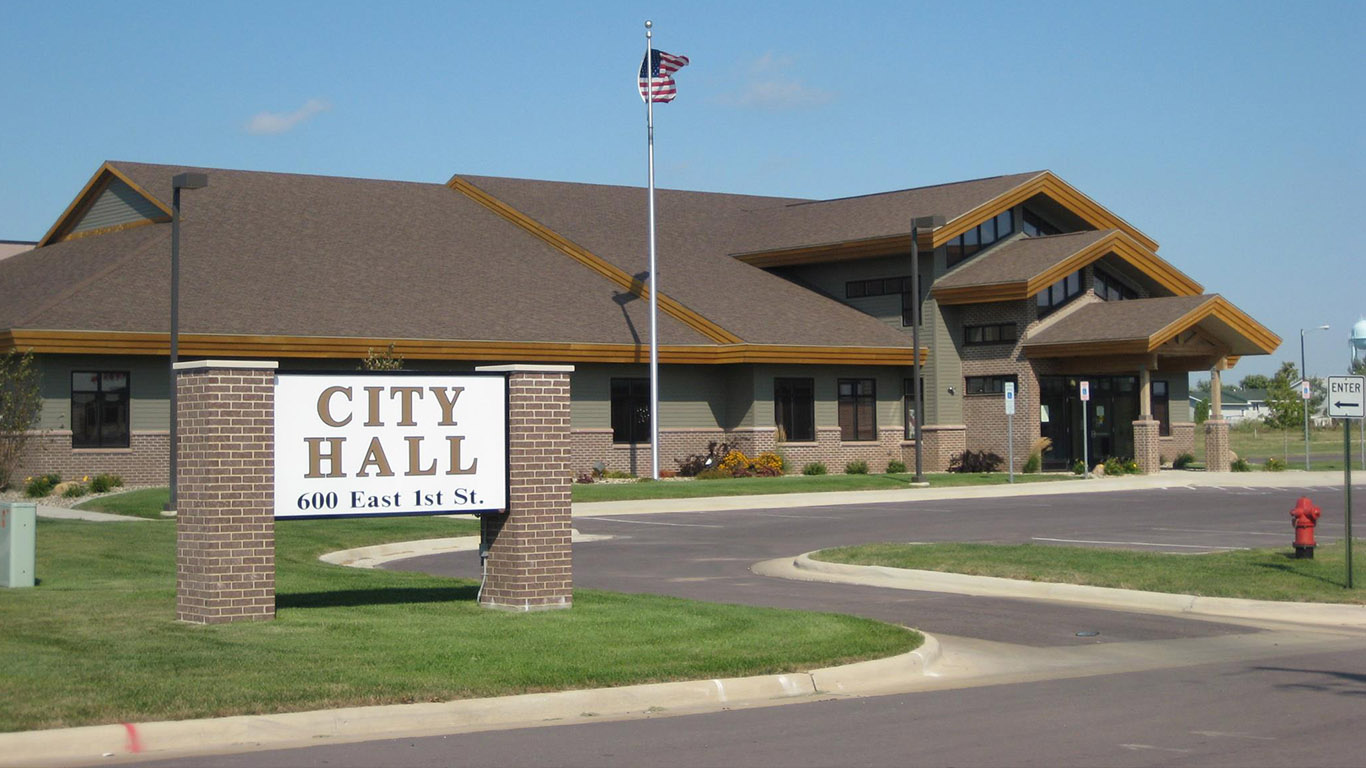 This city near Sioux Falls was originally called Byron. When locals submitted an application for a post office in the late 18th century, they were told by postal authorities that the name had been taken and were asked to submit 10 alternatives. At a meeting around the pot-bellied stove at Heeren’s and Peter’s General Store, townspeople came up with nine names and couldn’t think of a 10th. When somebody suggested that they take a tea break, they decided to write in “Tea” as the final alternative. That, of course, is the one the Post Office Department chose. 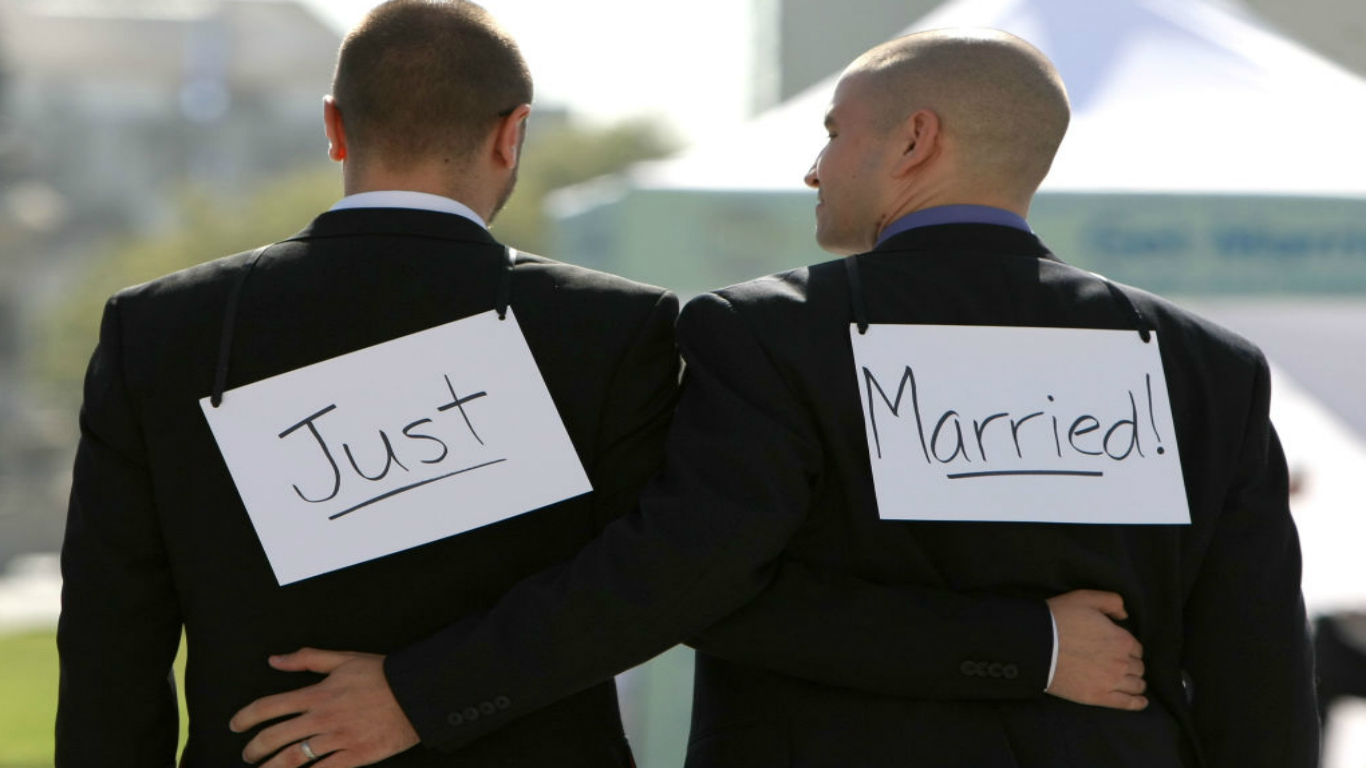 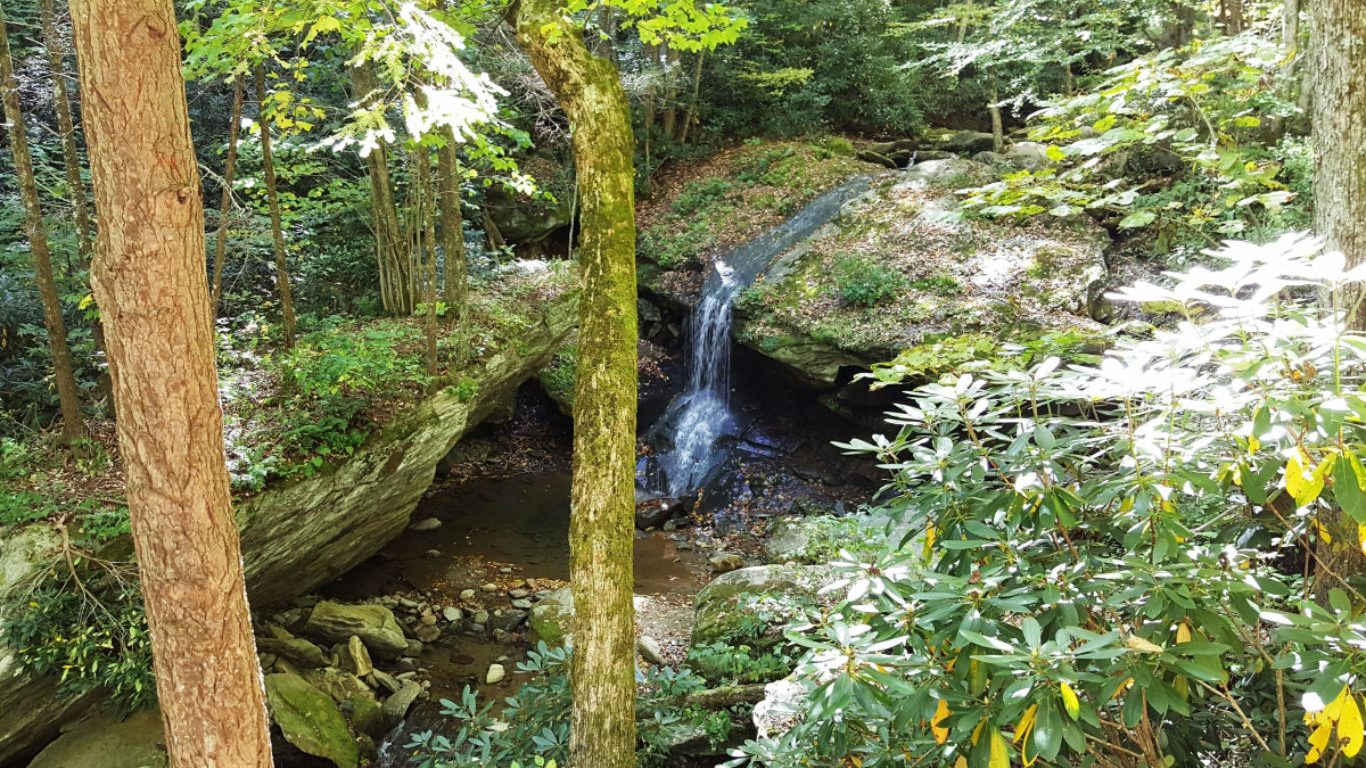 Incorporated in 1979, the town was named after, as one legend goes, seven brothers who had a reputation for being troublemakers. The version that’s more widely accepted, however, is that the town has got its name from the nearby seven rocky hills that early settlers found difficult to pass. 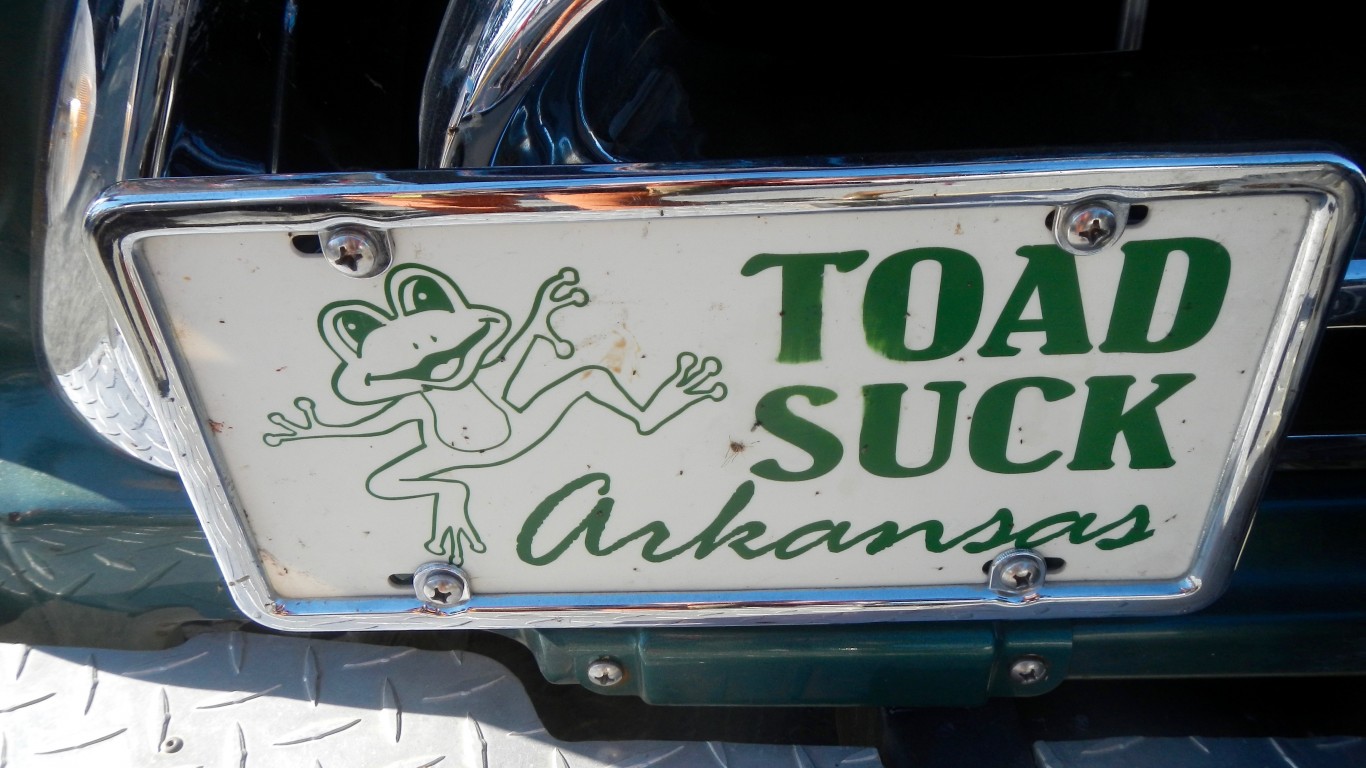 According to the Toad Suck website, this is the origin of the community’s name: Steamboats used to ply the Arkansas River, but when it temporarily grew too shallow, they’d tie up near a local tavern to await for passable conditions. Their crews apparently imbibed so freely that somebody cracked, “They suck on the bottle ‘til they swell up like toads.” 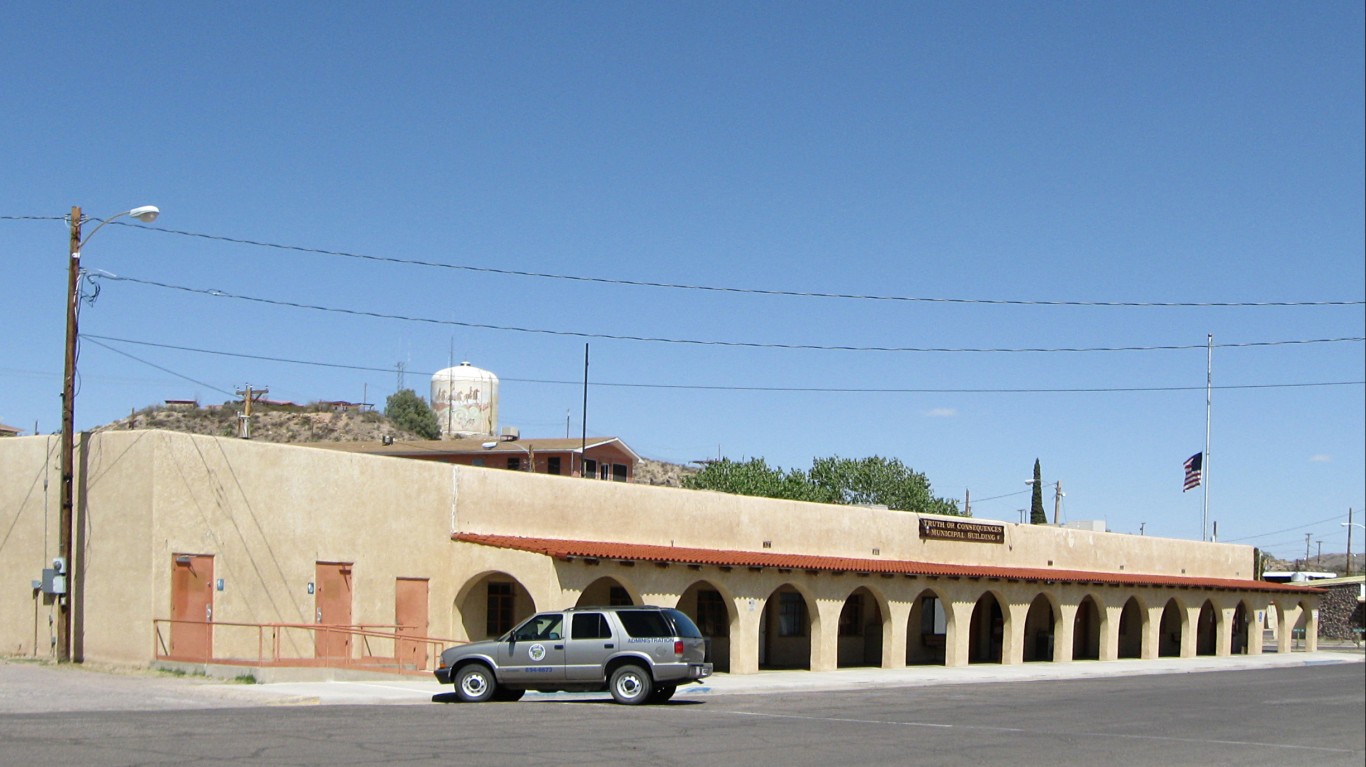 This spa city southwest of Albuquerque used to be called Hot Springs. In 1950, though, radio host Ralph Edwards, of the popular quiz program “Truth or Consequences,” had the idea of finding a town somewhere in America that would change its name to honor the show in celebration of its 10th anniversary. The New Mexico State Tourist Bureau heard of the idea and passed it along to the Hot Springs Chamber of Commerce. The city held an election to decide the matter and voted to become Truth or Consequences.