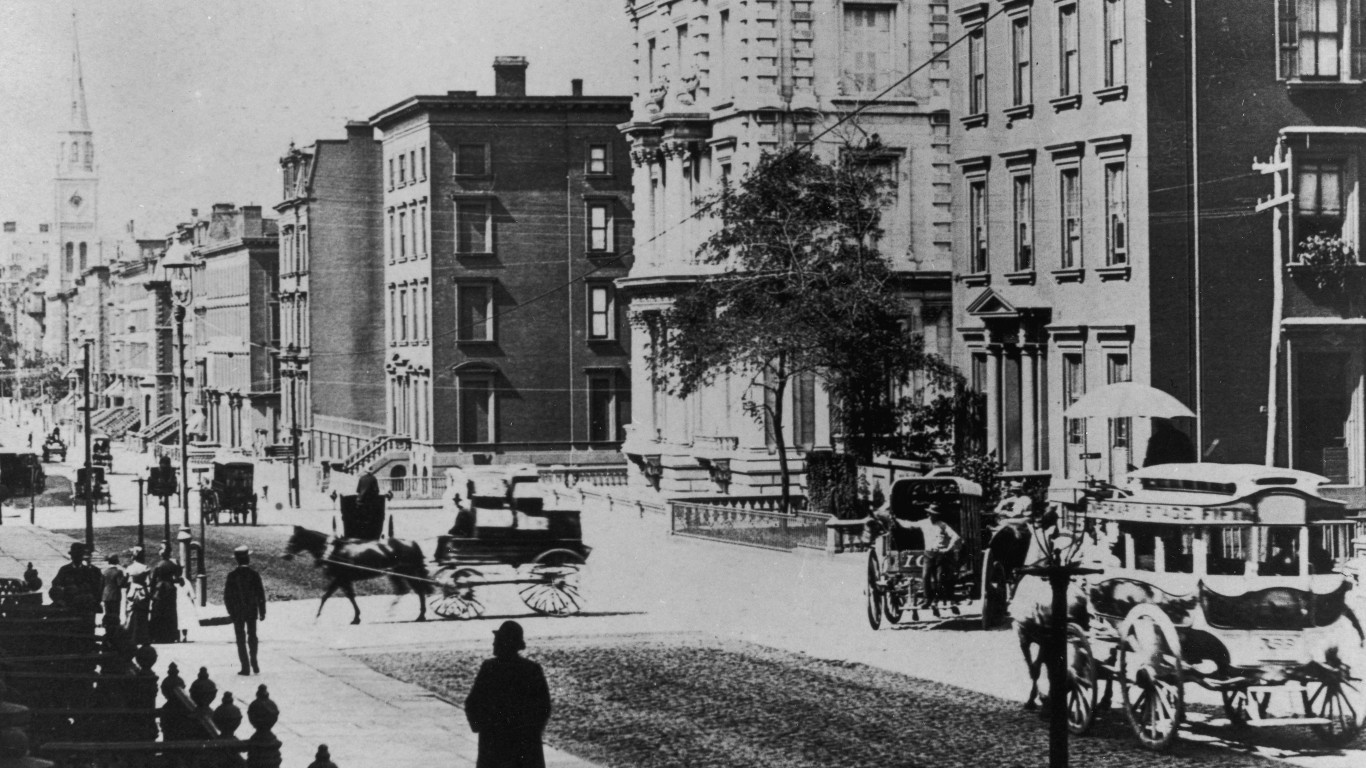 More than a million people crowded the streets of Manhattan when this picture was taken, looking south along Fifth Avenue from 35th Street. The large building that’s second from the right was the fabled A.T. Stewart mansion at the corner of Fifth and 34th. Stewart, an Irish immigrant, turned a dry goods shop into a multimillion-dollar international business, becoming one of America’s richest men. In 1869, he began construction on what was to become one of the city’s most spectacular private houses, a four-story white marble structure that was said to have cost $2 million (more than $50 million today). Stewart died in 1876, but his widow, Cornelia, would have been living here when this photo was taken. She died in 1886, and 1901 the mansion was demolished. 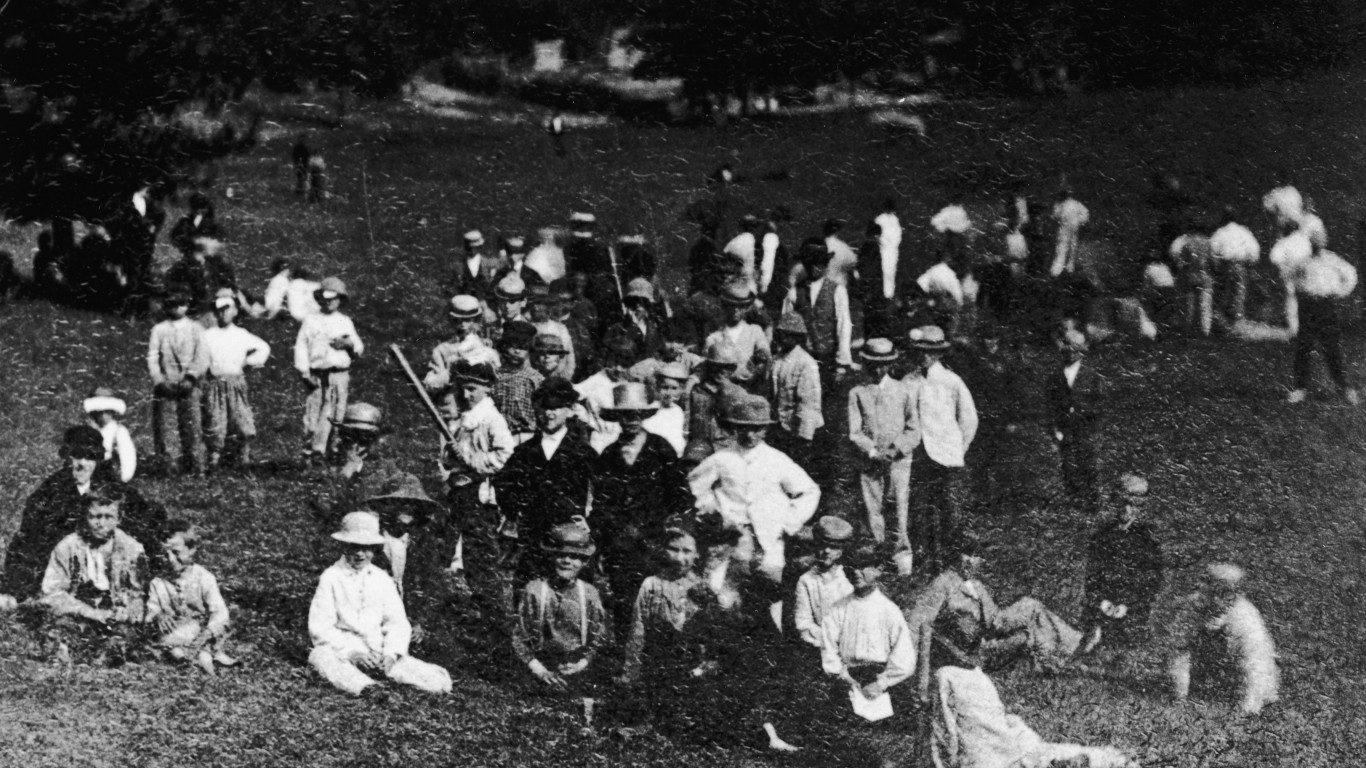 1880: Children on the lawn in Central Park, New York City

Famed landscape architects Frederick Law Olmsted and Calvert Vaux designed this landmark public park in 1857, and the first portion opened the following year (though It took another 18 years for the park to be completed). It became increasingly popular with the general public — like the group of children (with a few adults) pictured here — but the city government neglected its upkeep, and it languished until the early 20th century when several civic groups began helping to revive it.

ALSO READ: The Best Perks of Being President of the United States 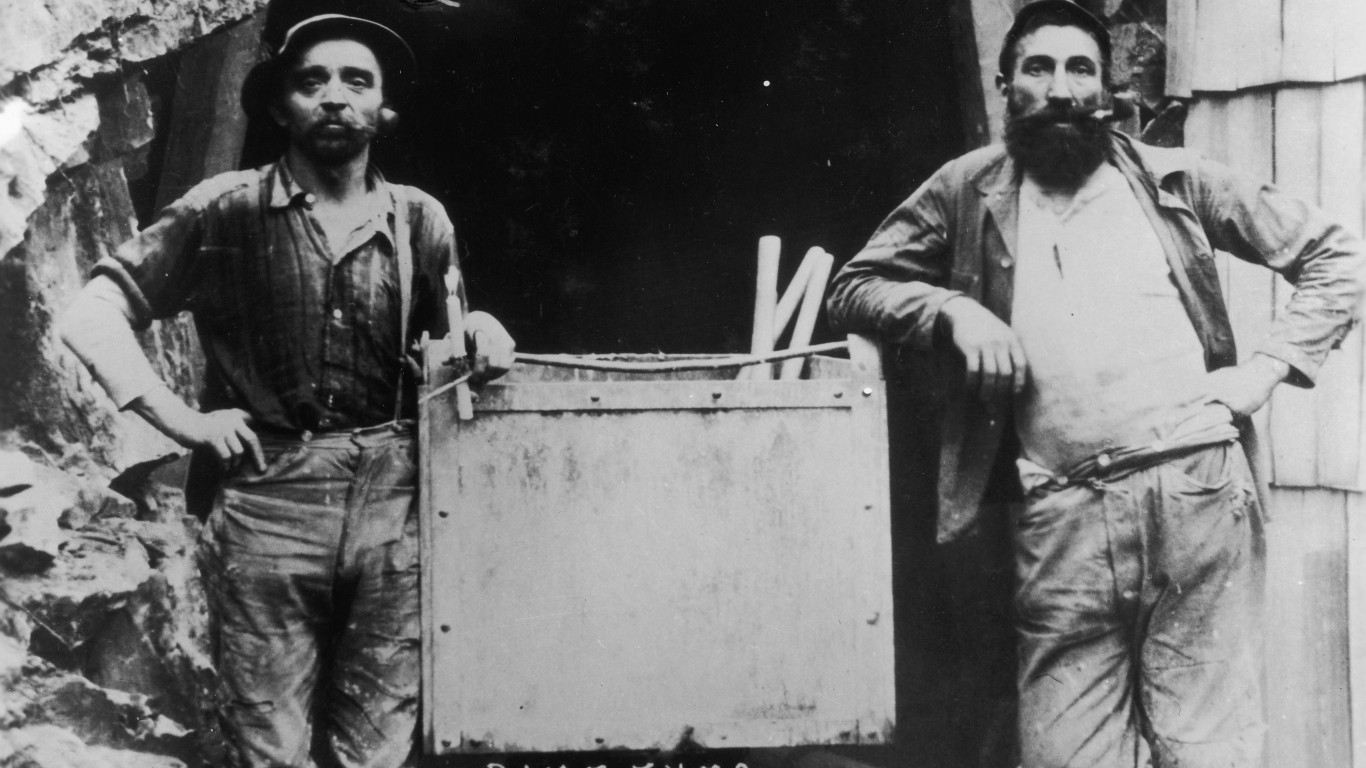 Placer County takes its name from placer deposits, accumulations of gravel or sand containing gold or other valuable minerals. This region, west of Lake Tahoe, was a major placer mining area. The Last Chance district is said to have been named by a starving miner who used his last bullet to kill a deer to eat. These two Last Chance miners are wearing Levi jeans from San Francisco, first sold in the 1870s. 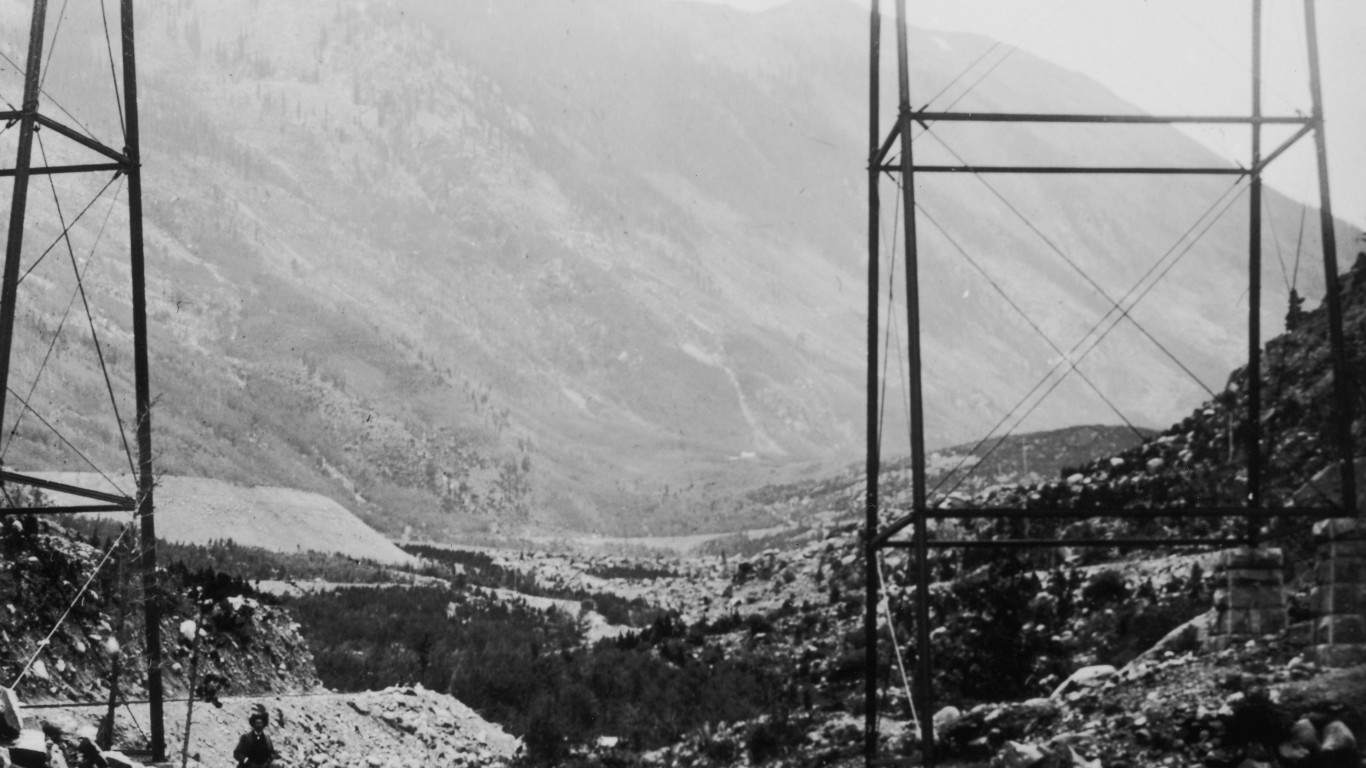 1884: A view of Devil’s Gate High Bridge in Colorado

This dramatically positioned railway bridge was built over the Clear Creek gorge, west of Denver, in 1884. It was one of four bridges constructed for the narrow-gauge Georgetown Loop Railroad, which ran between mining towns in the Rocky Mountains. The bridges were considered a remarkable feat of engineering when they were built. The line was dismantled in 1939, but later restored as a tourist attraction. 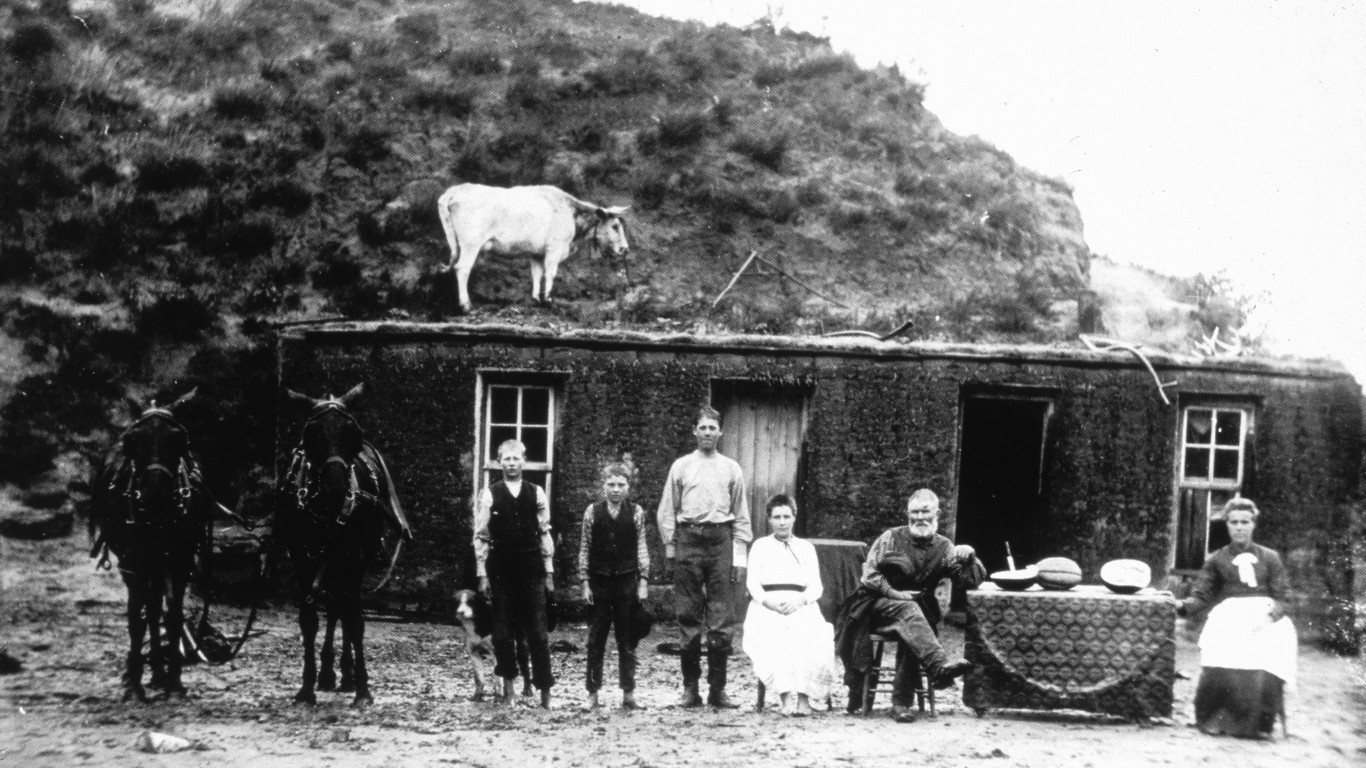 1886: A pioneer family on the Great Plains

Because there were few trees on the Great Plains, homesteaders — like the Sylvester Rawding family pictured here, north of Sargent in Custer County, Nebraska — often built houses like this one from sod, hardened earth bound together by the root systems of grasses. While it appears that a cow is standing on the roof, it’s actually on the hillside just behind the house. The photo was taken by Solomon D. Butcher, a failed homesteader himself whose images documented the pioneers in the region. 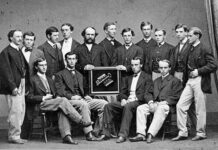 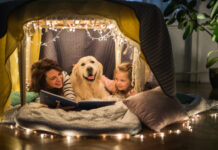