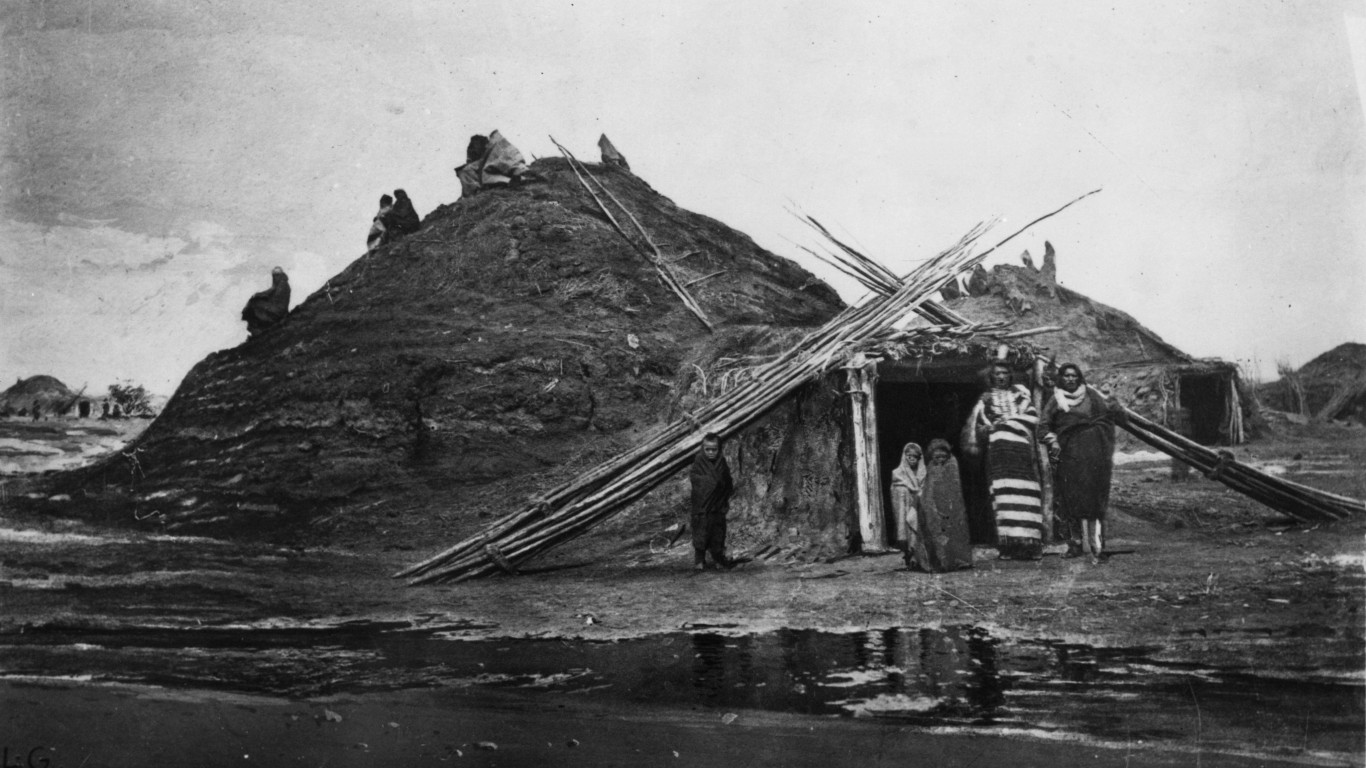 The photographer William Henry Jackson, whose images chronicled many aspects of American life and the country’s landscape, captured this image of a Pawnee Indian family outside their earthen lodge in Loup County, Nebraska, named for a tribal band known as the Wolf Pawnee (Loup Pawnee in French). The Pawnee people are a Central Plains tribe once based in Kansas and Nebraska, who relocated to Indian Territory, in what is now Oklahoma, in 1875. 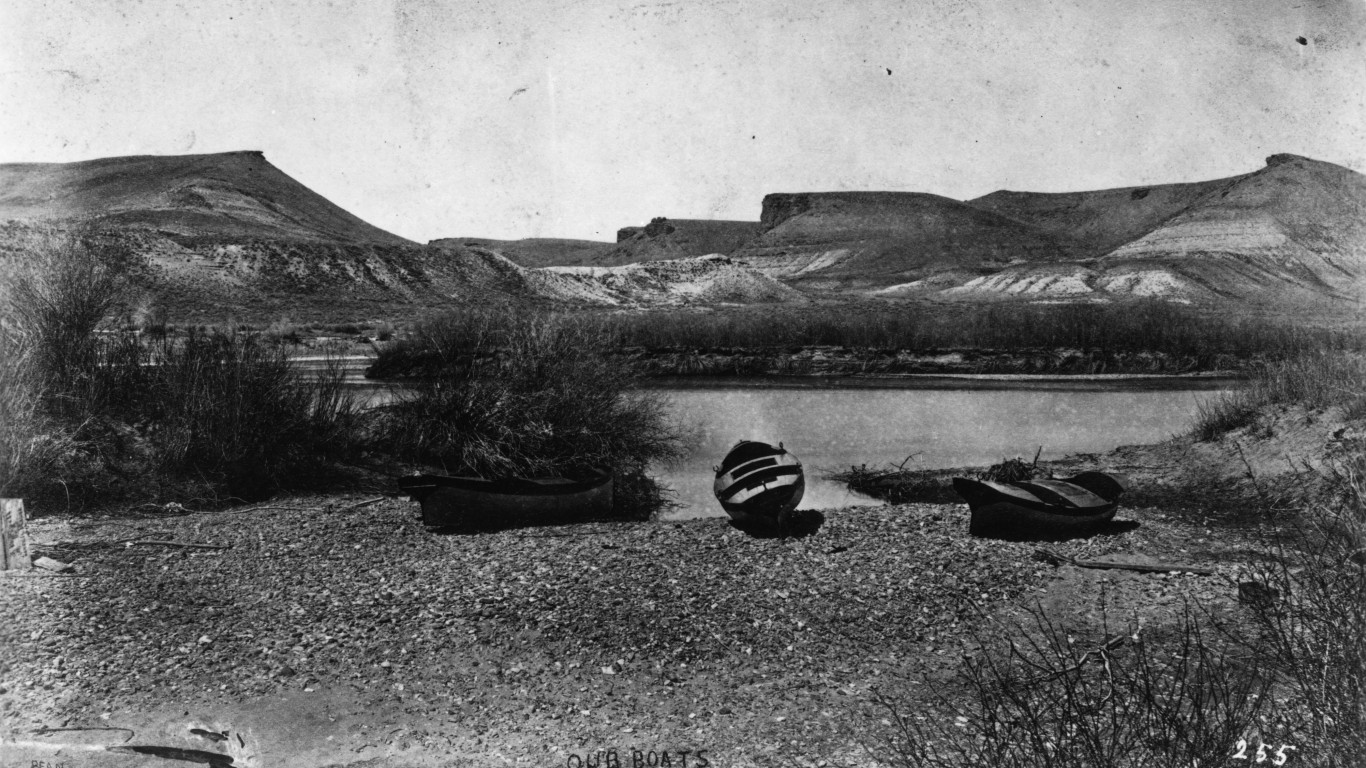 The geologist John Wesley Powell led several exploratory missions along the course of the Colorado River in the American Southwest, one in 1869 — the first official U.S. government expedition through the Grand Canyon — and another in 1871 and ’72. This image, taken by photographer E.O. Beaman, is from the second trip. Its exact location along the river is unknown.

ALSO READ: What a Hospital Looked Like 100 Years Ago 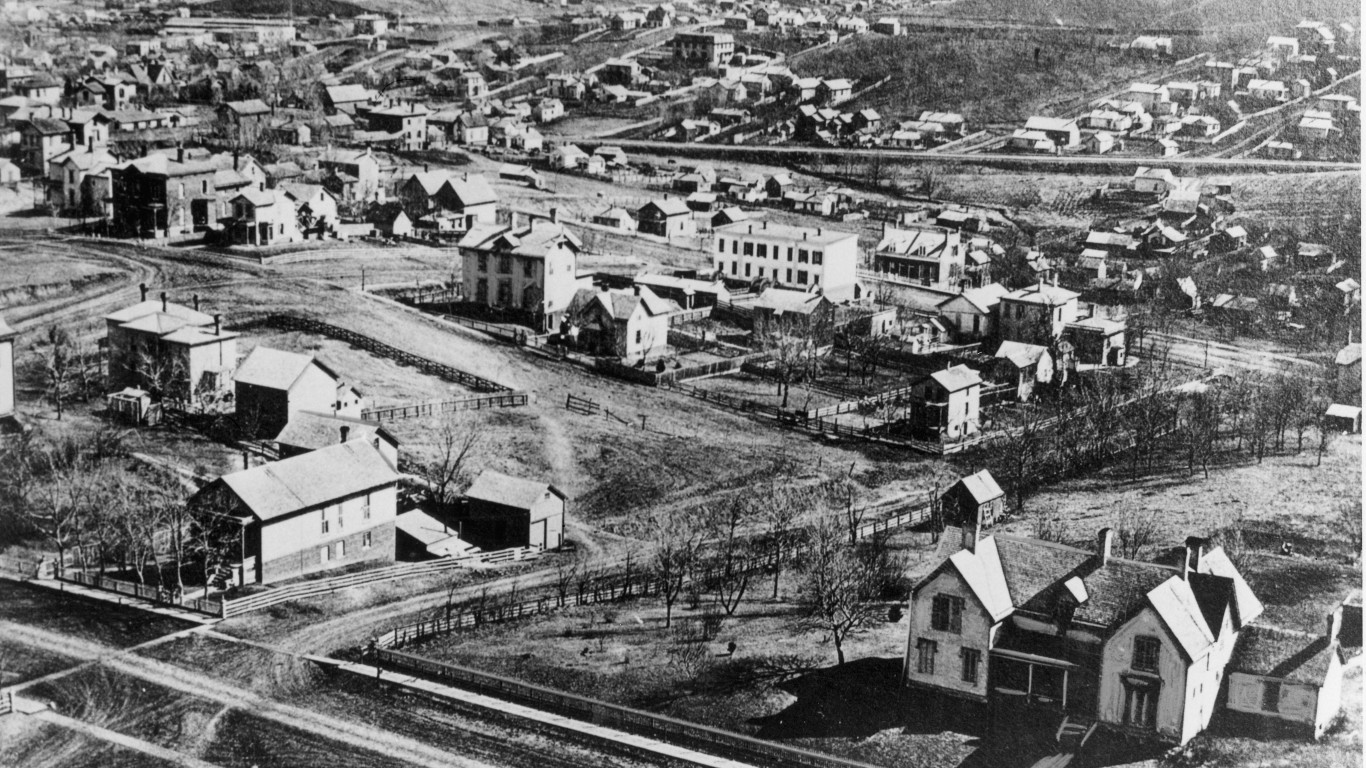 Nebraska was admitted to the union as the 37th state in 1867. Though Omaha hadn’t yet become a major meatpacking capital (by the early 20th century, it was home to four of the country’s five major pork processing plants), it had begun to thrive when the westward construction of the transcontinental railroad began in the city in 1866. This aerial view was taken from the tower of Omaha High School. 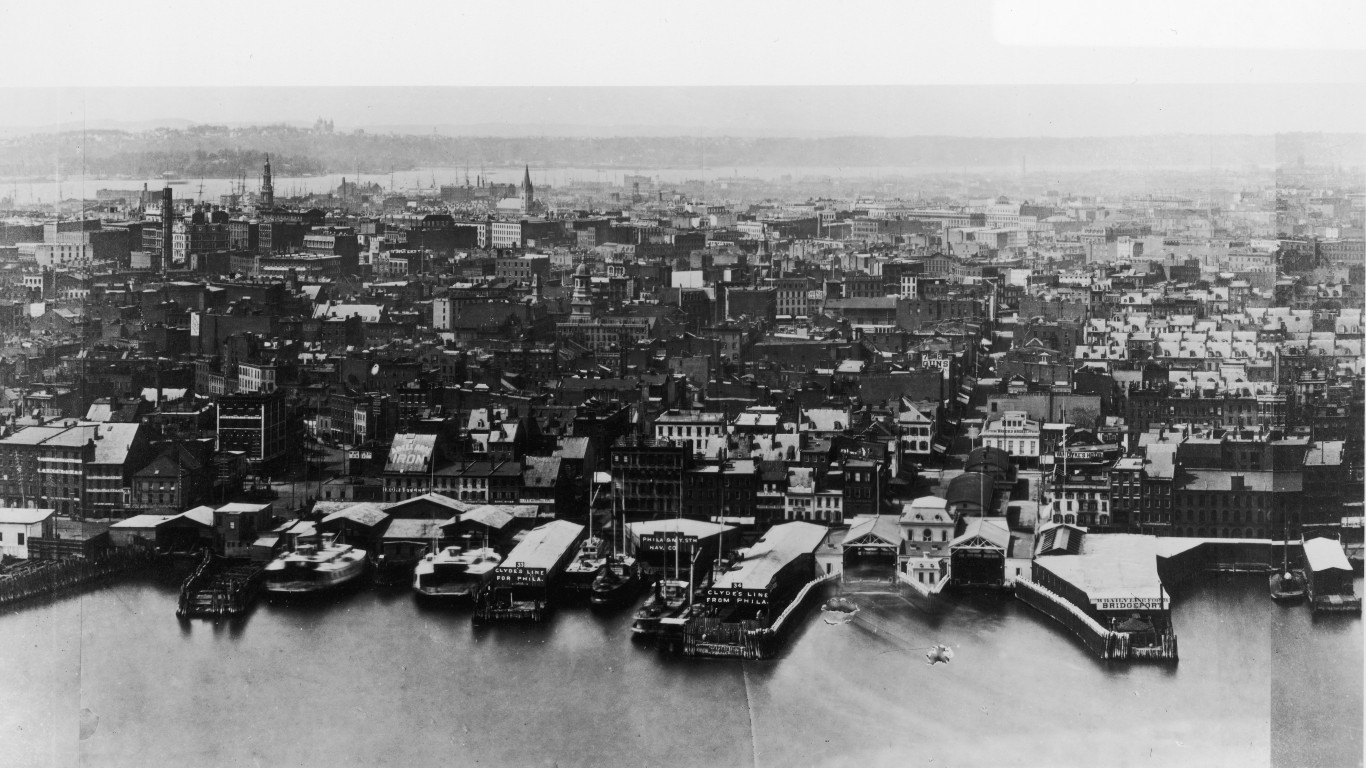 Manhattan already had a population of almost a million people when this panoramic view of the city was taken from the Brooklyn Tower on the eastern end of the Brooklyn Bridge — then known as the New York and Brooklyn Bridge (Brooklyn wasn’t annexed to New York City until 1898) or East River Bridge. The suspension cables hadn’t been installed on the bridge yet, which didn’t open officially until 1883. 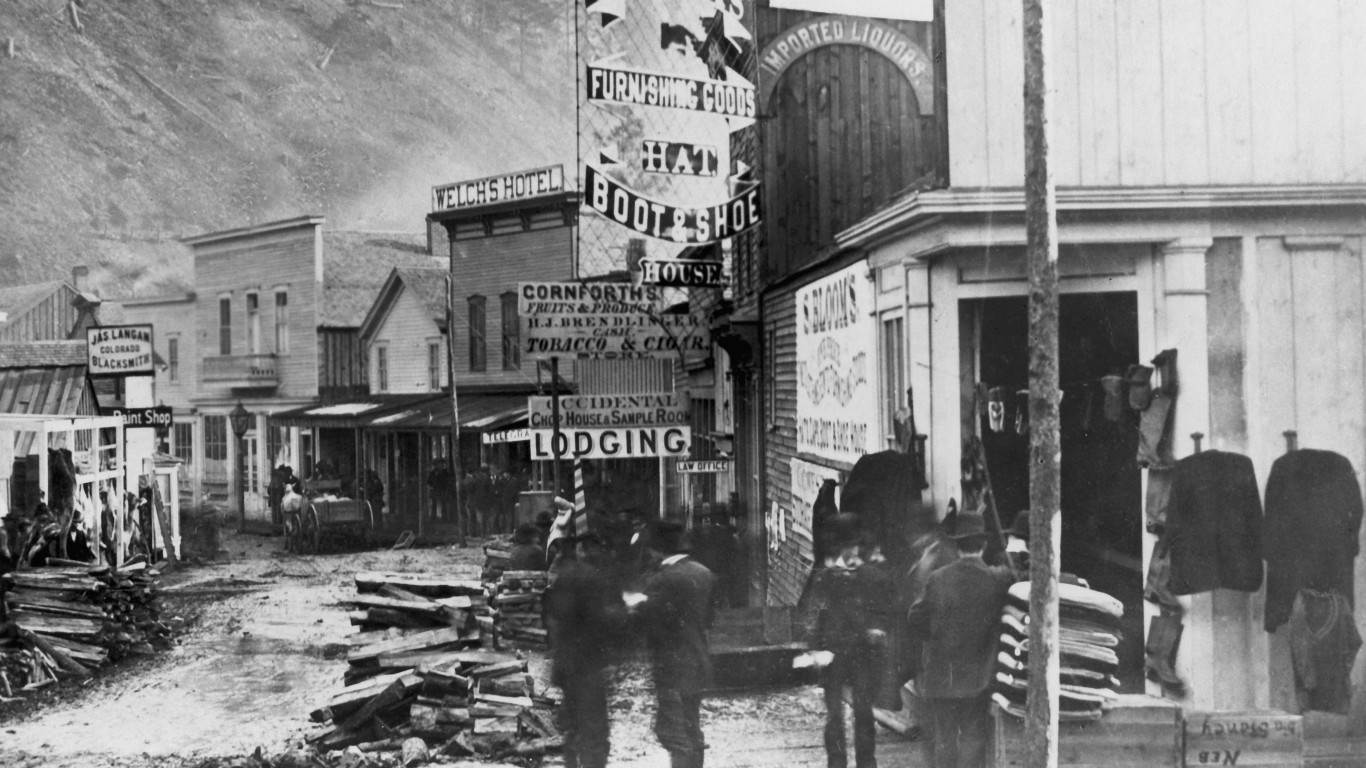 1877: A street in Deadwood, South Dakota

Frank Jay Haynes, who was the official photographer for both Yellowstone National Park and the Northern Pacific Railroad, maintained studios in Minnesota and North Dakota and had another one in a Northern Pacific railroad car, which covered much of the Northwest. The Black Hills Gold Rush had turned Deadwood into a boom town by the time this photo was taken. Once home to such Old West legends as Calamity Jane, Wyatt Earp, and Wild Bill Hickok, the town, in a fictionalized version, was the setting for the HBO series “Deadwood.”