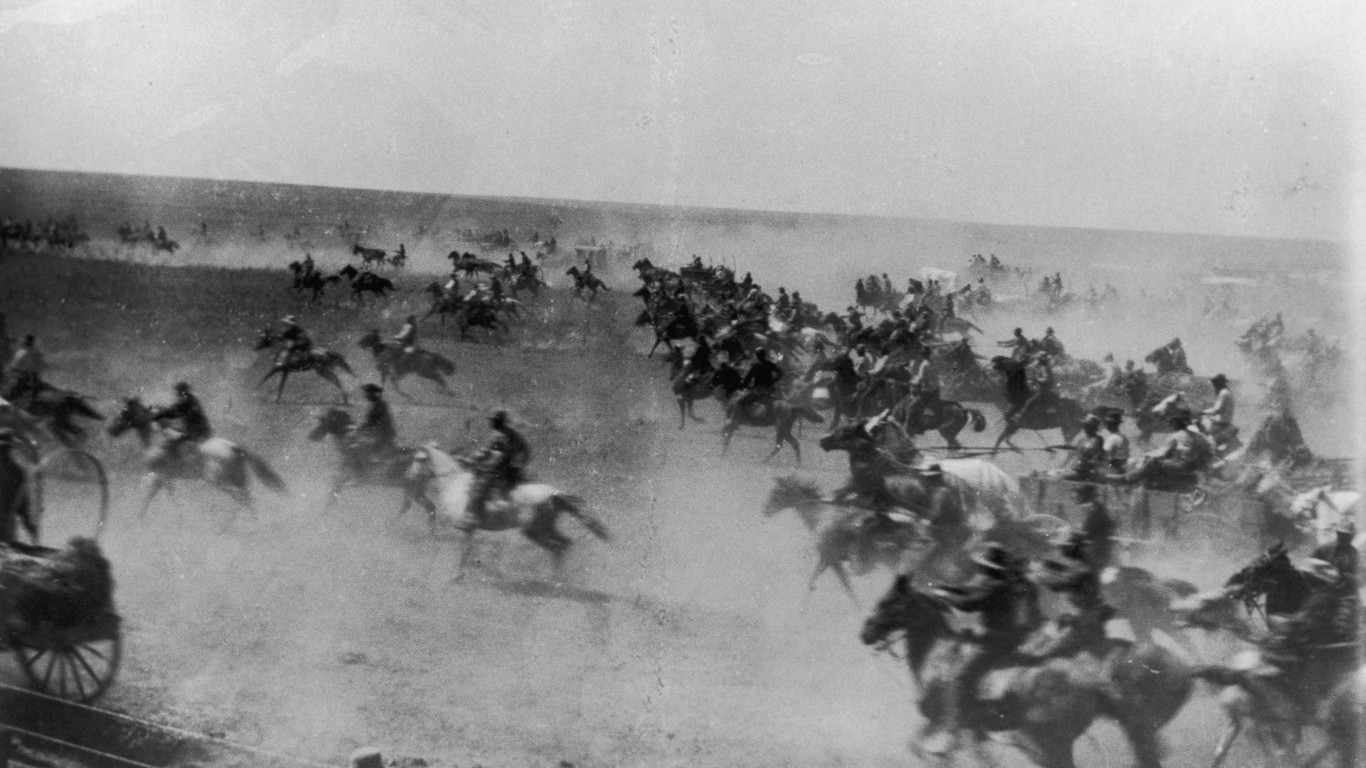 1893: A horse race in the Cherokee Outlet, Oklahoma

The Cherokee Outlet Opening, on Sept. 16, 1893, was the fourth and biggest land run — basically a race by would-be homesteaders to claim land — in Oklahoma. This photo was taken about ten seconds after the starting gun set off the race. According to the Oklahoma Historical Society, “Economic pressures plus poor planning and inadequate enforcement by federal agencies made it even more chaotic than earlier runs, resulting in massive fraud, widespread suffering, and a number of deaths.” 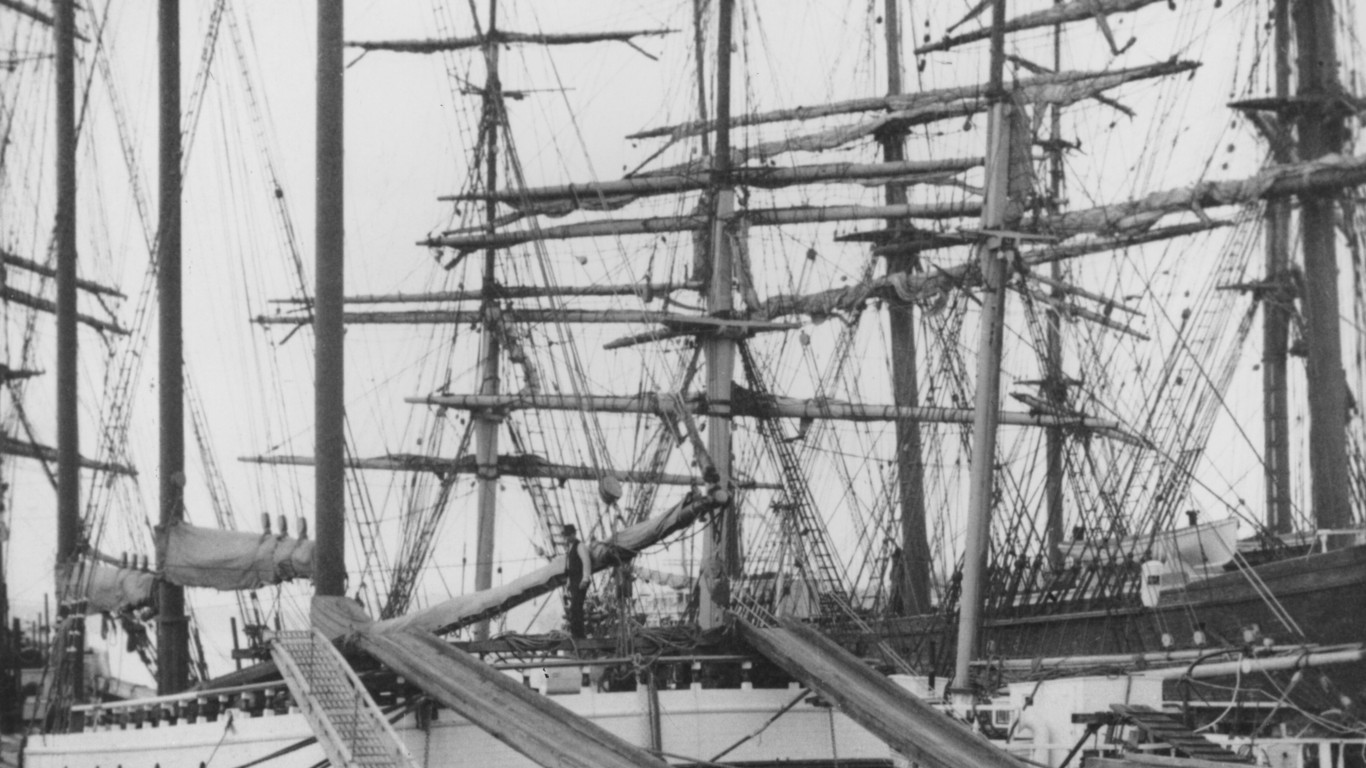 The California Gold Rush, beginning in 1848, created a huge demand for lumber for the resulting building boom in San Francisco and nearby mining towns. Much of this was supplied by lumber mills around Puget Sound in Washington. An international market for Pacific Northwestern lumber developed after 1871, when one local sawmill began exporting to Peru by ship. The lumber in this photo is probably bound for an international destination, as most of the wood sold domestically at the time was transported by rail by this time.

ALSO READ: The 50 Oldest Things in the World 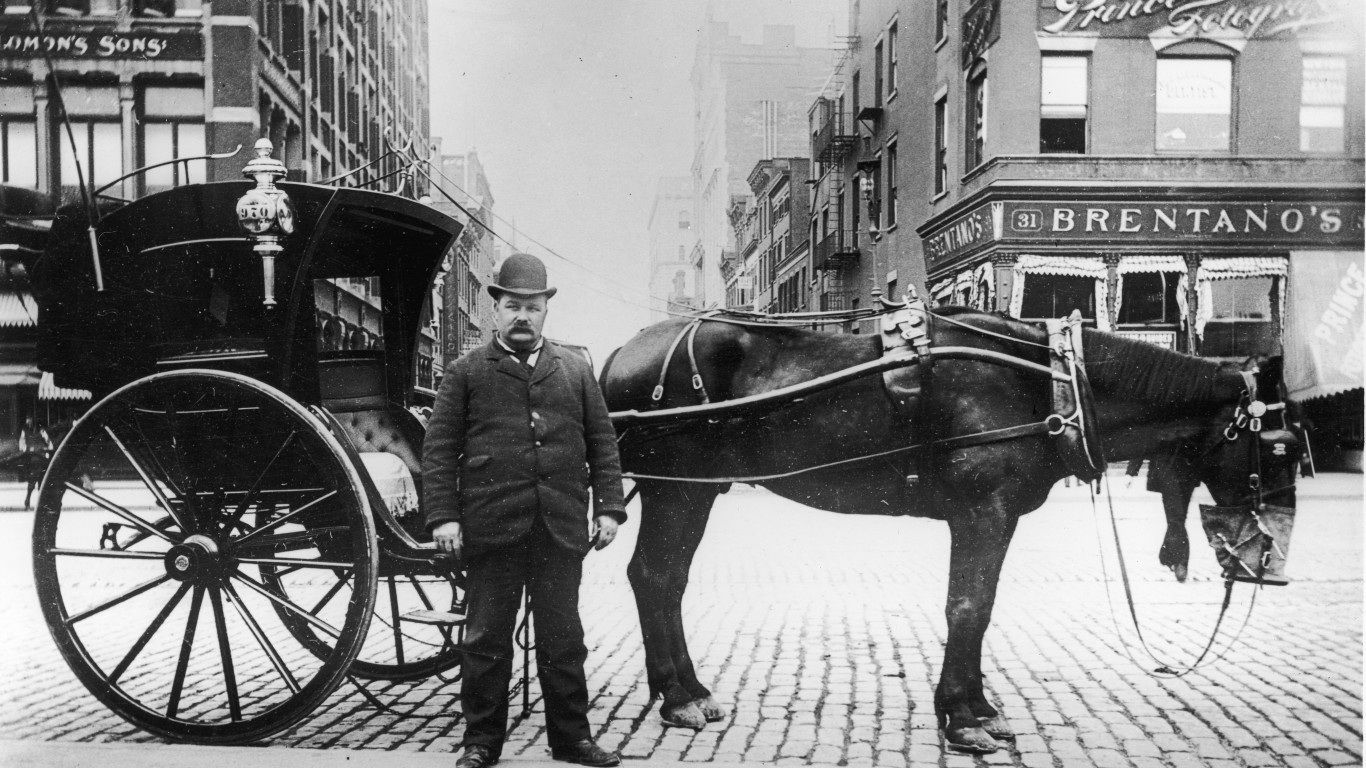 The Hansom cab, patented in 1834, had an unusual design which placed the driver in an elevated box behind the passenger compartment. This image of a Hansom and its driver waiting for customers on Union Square in Manhattan was taken by Alice Austen, a noted photographer who first picked up a camera at the age of 10. She spent most of her professional career documenting life on Staten Island, where she lived. 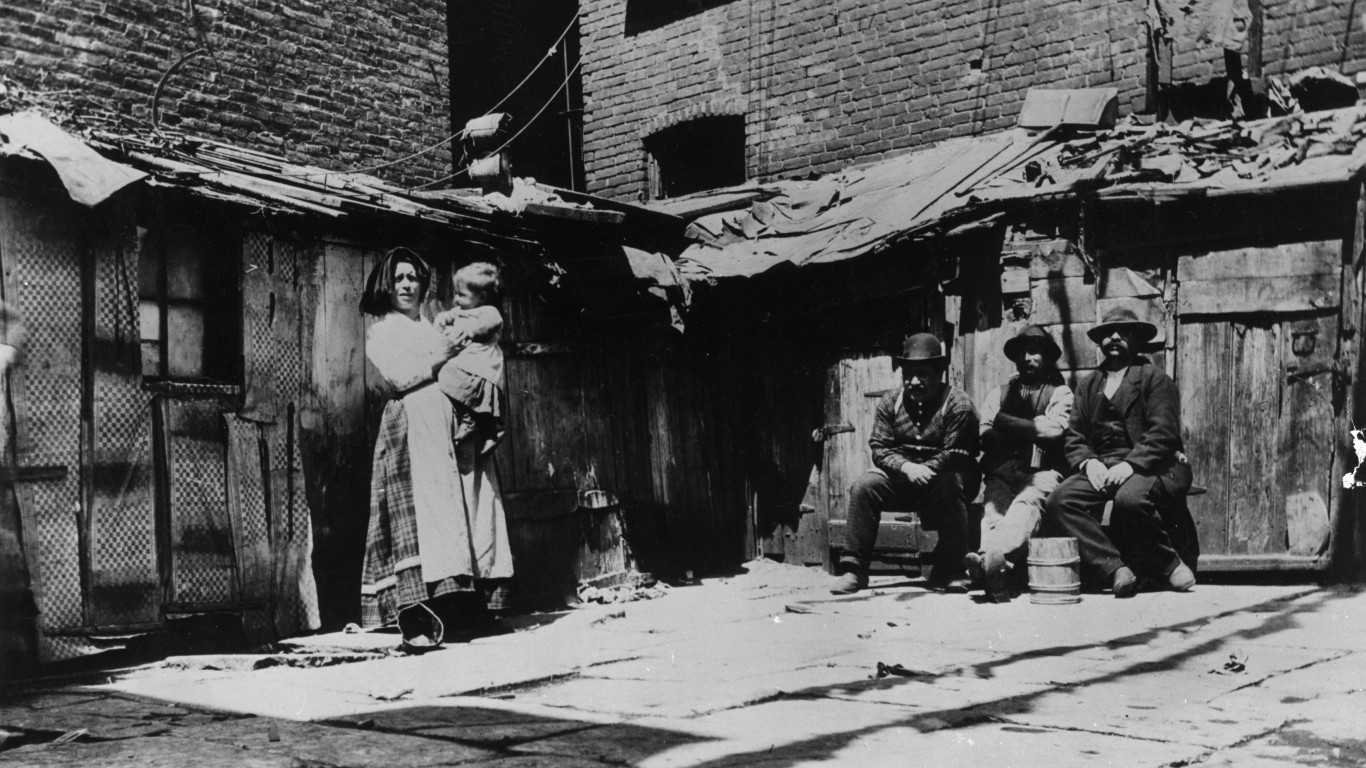 One of the many images of immigrant and tenement life in New York City taken by the Danish-American journalist, social activist, and photographer Jacob Riis in the late 19th and early 20th centuries, this is a group portrait of a family of Italian newcomers to America who lived in a shack on Jersey Street in the neighborhood now known as SoHo. 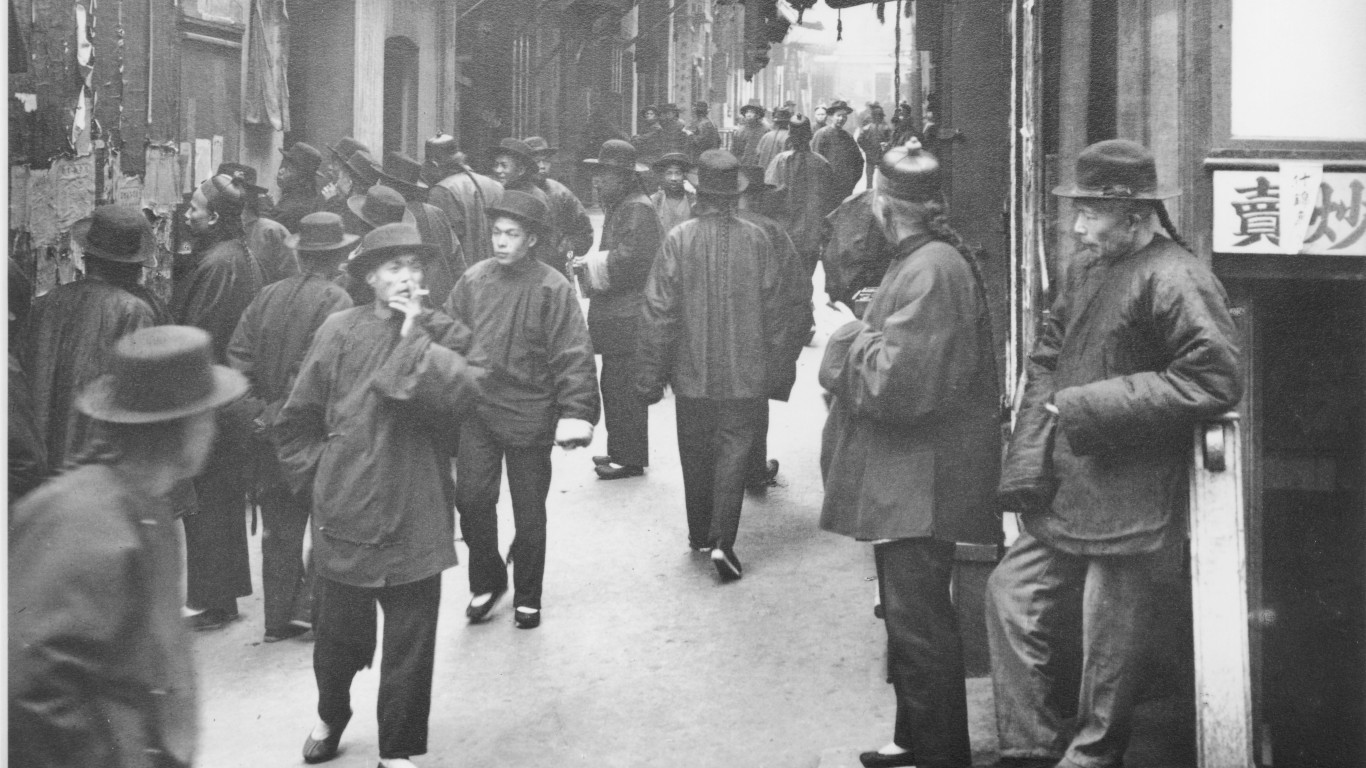 1898: A view of Chinatown, San Francisco

The German-American photographer Arnold Genthe, famous for his photographs of San Francisco, especially of Chinatown and of the aftermath of the 1906 earthquake that devastated the city, shot this picture on Ross Alley — Chinatown’s so-called “street of gamblers.” Running parallel to Stockton Street and Grant Avenue, the street was built in 1849, and soon became known for its brothels and gambling dens.