25. The Lord of the Rings: The Return of the King (2003)
> Directed by: Peter Jackson
> Starring: Elijah Wood, Viggo Mortensen, Ian McKellen
> Rotten Tomatoes critics rating: 8.7 out of 10

“The Lord of the Rings: The Return of the King” is the third installment in the Lord of the Rings trilogy. This film continues the plot of “The Two Towers,” with Frodo, Sam, and Gollum journeying toward Mount Doom in Mordor to destroy the One Ring as their friends throughout Middle-earth continue to wage epic battles against the dark forces of Mordor. The film won 11 Academy Awards, tied for the most of any film. Film critic Roger Ebert called the film “a crowning achievement, such a visionary use of all the tools of special effects, such a pure spectacle…”

After the first Star Trek film disappointed fans and critics, the iconic TV sci-fi program found its film footing with “Star Trek II: The Wrath of Khan.” Ricardo Montalban gives a legendary performance as the villainous Khan, a role later reprised by Benedict Cumberbatch in the most recent Star Trek franchise.

No longer restrained by a shoestring budget, as he was while making “Evil Dead” (1981), director Sam Raimi further realized his special effects-laden horror-comedy vision in the follow-up “Evil Dead II.” The inventive sequel — about one man’s efforts to survive demonic attacks in an isolated cabin — received approval from 97% of critics on Rotten Tomatoes.

In its Critics Consensus, Rotten Tomatoes describes “Mad Max 2: The Road Warrior” as the rare sequel that is “even more intense and exciting than its predecessor.” Director George Miller brings audiences back to the post-apocalyptic Australian outback for another round of vehicular mayhem, starring Mel Gibson.

Though its two predecessors — “The Bourne Identity” and “The Bourne Supremacy” — were both certified Fresh by Rotten Tomatoes, “The Bourne Ultimatum” is the top-rated film of the five Jason Bourne movies. Matt Damon plays the titular Jason Bourne, a trained killer with no memory on a mission to find out who he is and who is out to get him. 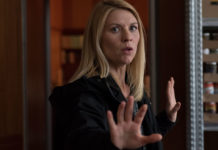 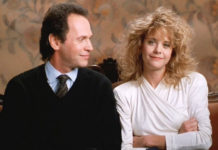