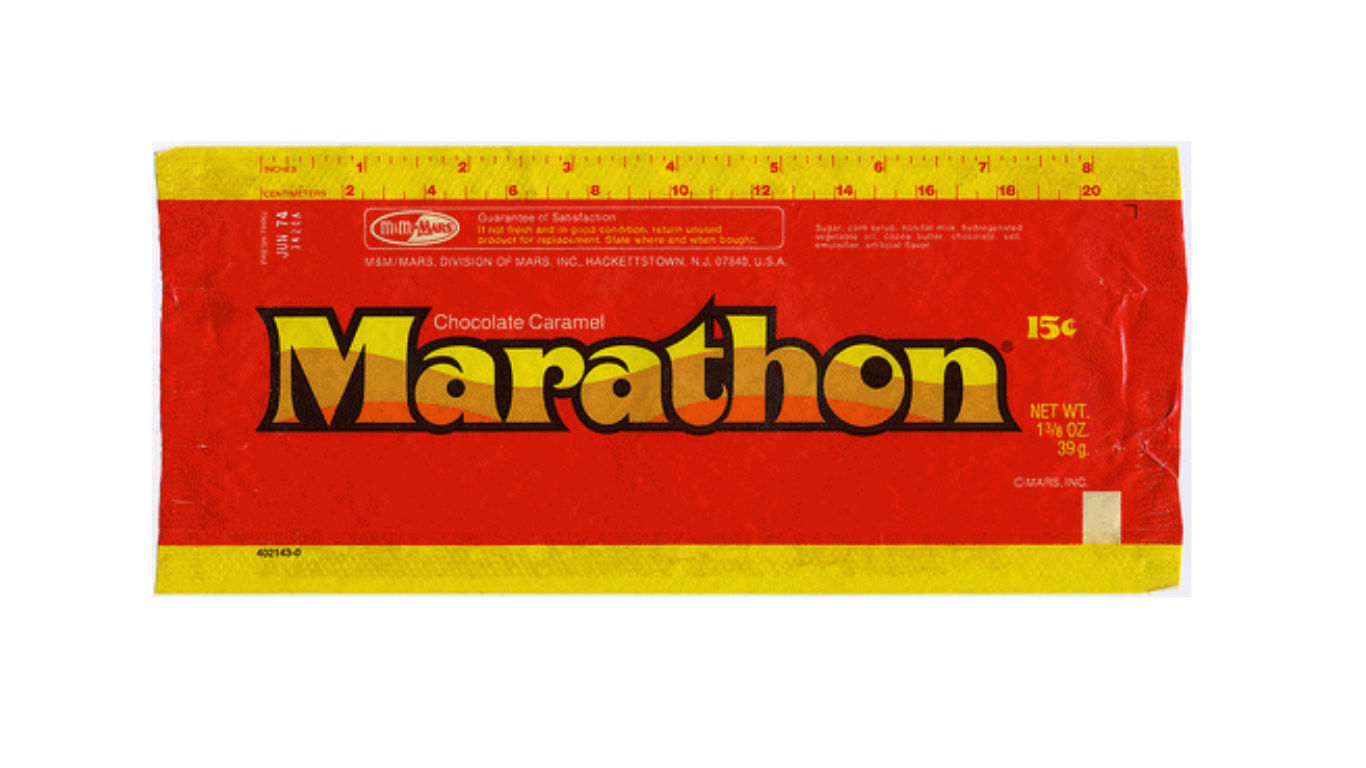 This candy bar, consisting of braided caramel covered in chocolate, was 8 inches long and had a ruler on the back of the package to prove it. (A 15-inch version, also with a ruler, was sold in some places.) Because of its size, it was advertised as “the candy bar you can’t eat quickly.” Though the Marathon is defunct, Cadbury’s Curly Wurly, made in the United Kingdom, is said to be virtually identical. 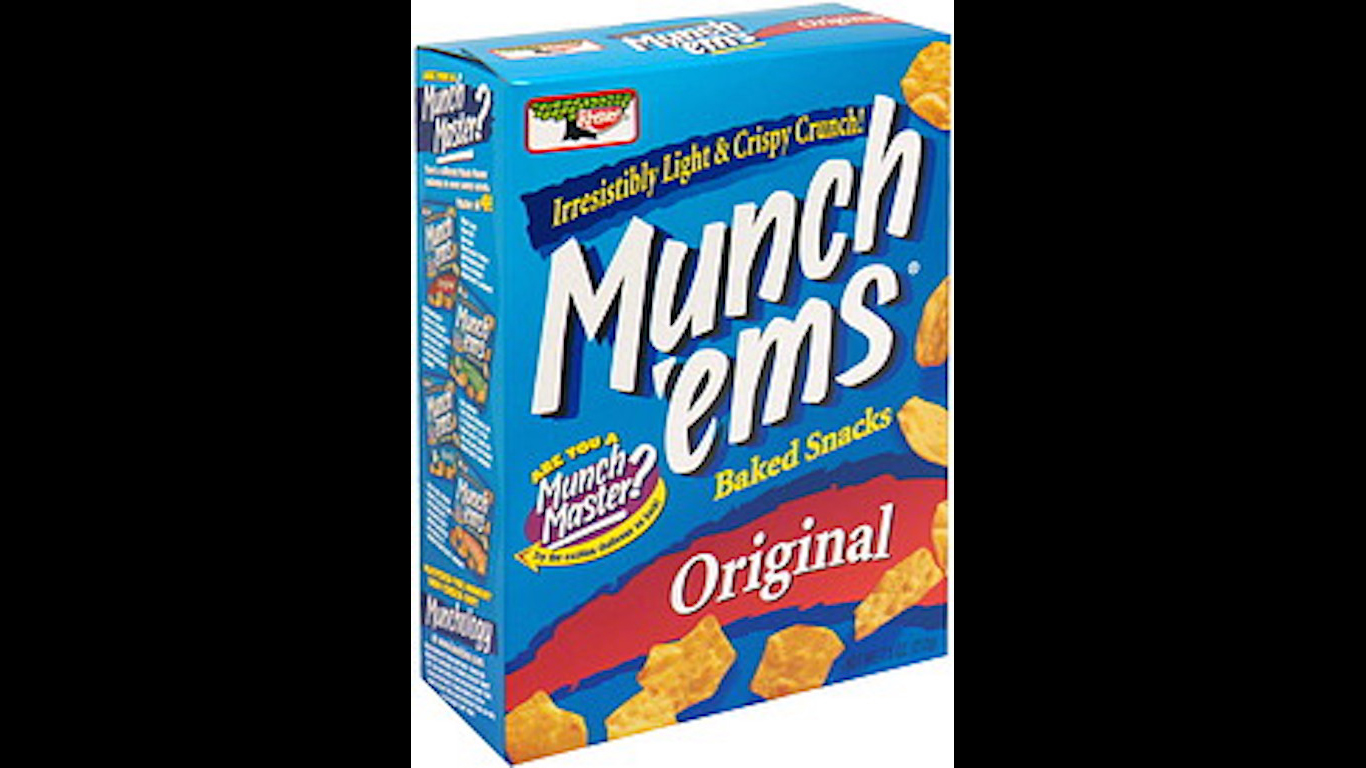 Billed as “Crackers That Crunch Like Chips!,” Munch ‘Ems were snack crackers produced in various flavors, including cheddar, ranch, and sour cream & onion. 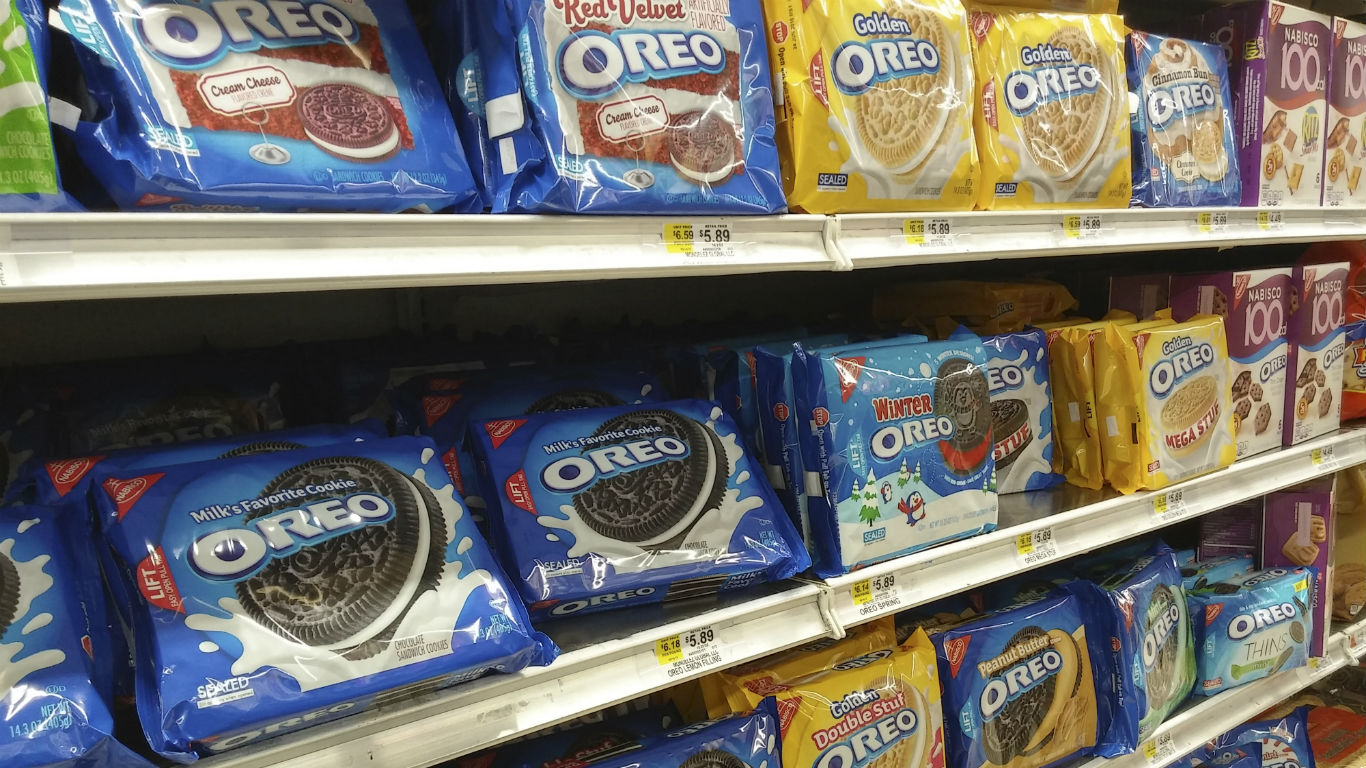 A gigantic Oreo, sold individually wrapped in boxes of 10, the Big Stuf weighed in at 316 calories, and was said to take 20 minutes to eat. 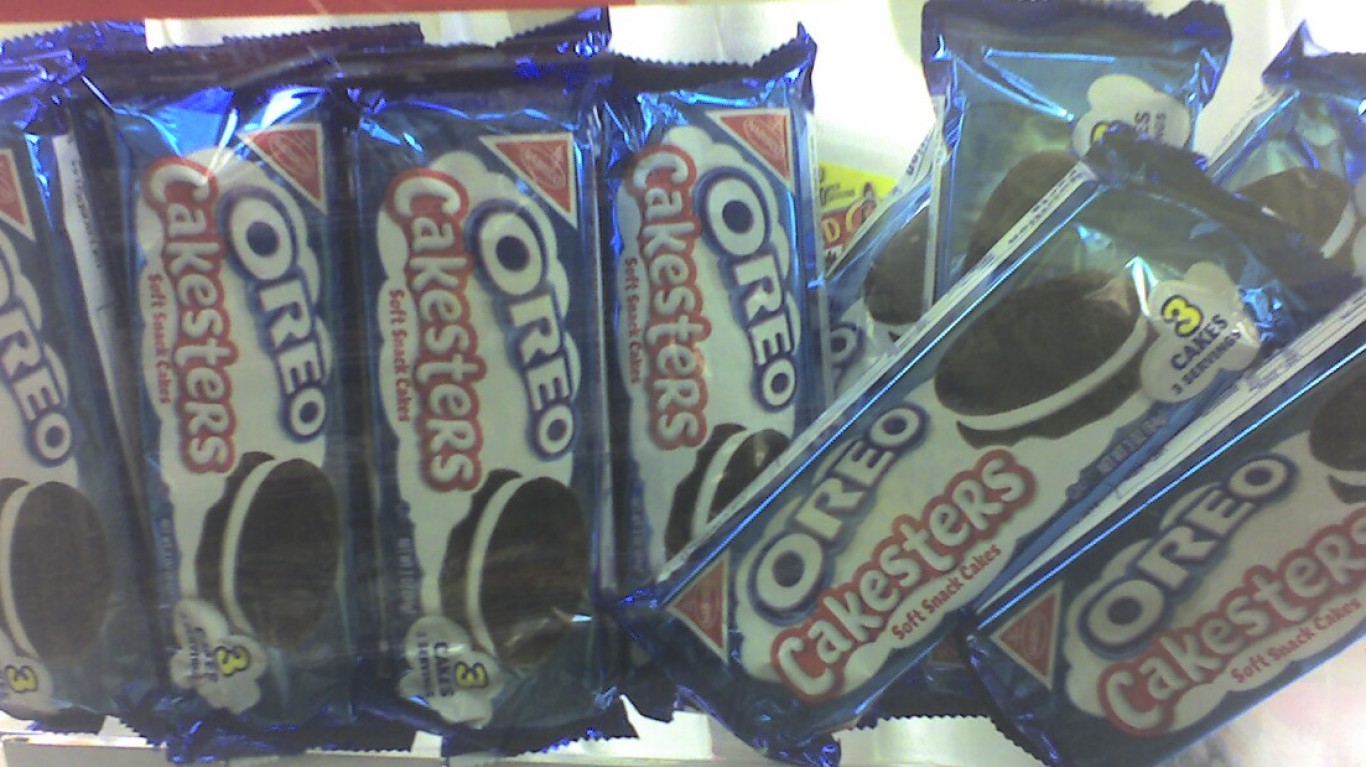 In a classic example of messing with success, Nabisco had the idea of replacing the cookie part of Oreos with soft chocolate sponge cake-like discs. 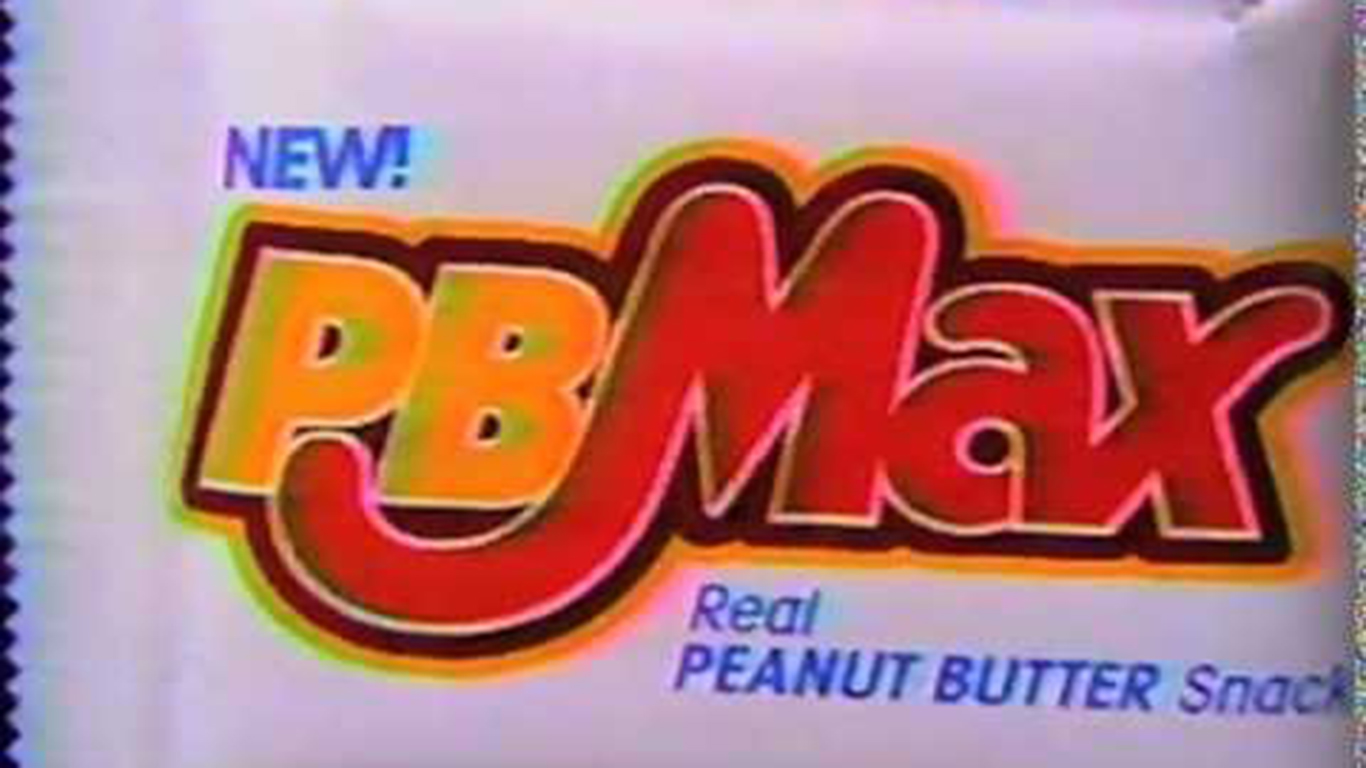 This candy bar was a chocolate-coated arrangement of peanut butter and oats on top of a whole-grain cookie. Though it proved popular, it is said to have been discontinued simply because members of the Mars family didn’t like peanut butter.