Dan Popadynec found inspiration from an unusual question posed by his son Zennon, who asked the licensed professional engineer if he knew the height of the tallest toy structure ever built. He didn’t have an answer, but he had a solution: to build a tower of Lincoln Logs and reach out to the Guinness Book of World Records. On Oct. 12, 2018, the Popadynec family entered the London-based reference book of world achievements for building the tallest structure made from the toy timber logs.

There seems to be no end to the ways people come up with to make or break records. Many are athletic feats or they record extremes in the natural world. Others are downright weird, inspired by a personal obsession, or because nobody else has attempted it, or because of a simple question from a child. Some are so odd they remain records for decades simply because nobody else aspires to break them. All have one thing in common: They’re the product of a basic human desire to accomplish something truly unique, and to be recognized for that.

Ever since Sir Hugh Beaver set up an office in London in the 1950s to publish an annual list of world records, the Guinness Book of World Records has recorded seemingly countless feats — some by spirited individuals seeking small corners of fame, others by publicity-seeking organizations. The following is a small sample of thirty odd or unusual world records. Many records in general involve food and drink — these are 35 absolutely crazy food and drink world records.

24/7 Tempo conducted online research and fact-checked media reports of unusual world records by checking the Guinness Book of World Records online archive. We found that some media reports published as recently as this year cited past world record that had since been broken. While characterizing a record as “weird” is a subjective effort, we feel these 30 records — some dating back to the early 1990s and others broken within the past 12 months — qualify as unusual. 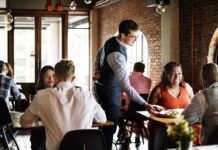