Based on a true story, this drama recounts the battle between two of the world’s top automakers, Ford and Ferrari, to win the 24-hour Le Mans endurance race in 1966. Christian Bale and Matt Damon star.

Disney is obviously hoping that this sequel to the original 2013 “Frozen” will emulate its success as the highest grossing animated movie of all time. Kristen Bell returns as the voice of Anna.

The third and final installment of the Star Wars sequel trilogy after “The Force Awakens” and “The Last Jedi,” and the ninth and final film in the main Star Wars series, “The Rise of Skywalker” features appearances by old hands Mark Hamill, Carrie Fisher, and Billy Dee Williams, joined by the likes of Adam Driver, Lupita Nyong’o, Oscar Isaac, and Keri Russell.

In this animated action fantasy, Marvel movie mainstay Tom Holland voices a superspy who gets turned into a pigeon. Others who lend their vocal talents include Will Smith, Rashida Jones, and DJ Khaled.

In this sci-fi disaster thriller, a team of underwater researchers must reach safety after a massive earthquake destroys their laboratory. Kristen Stewart stars. 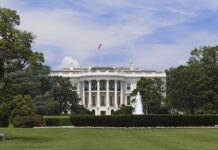