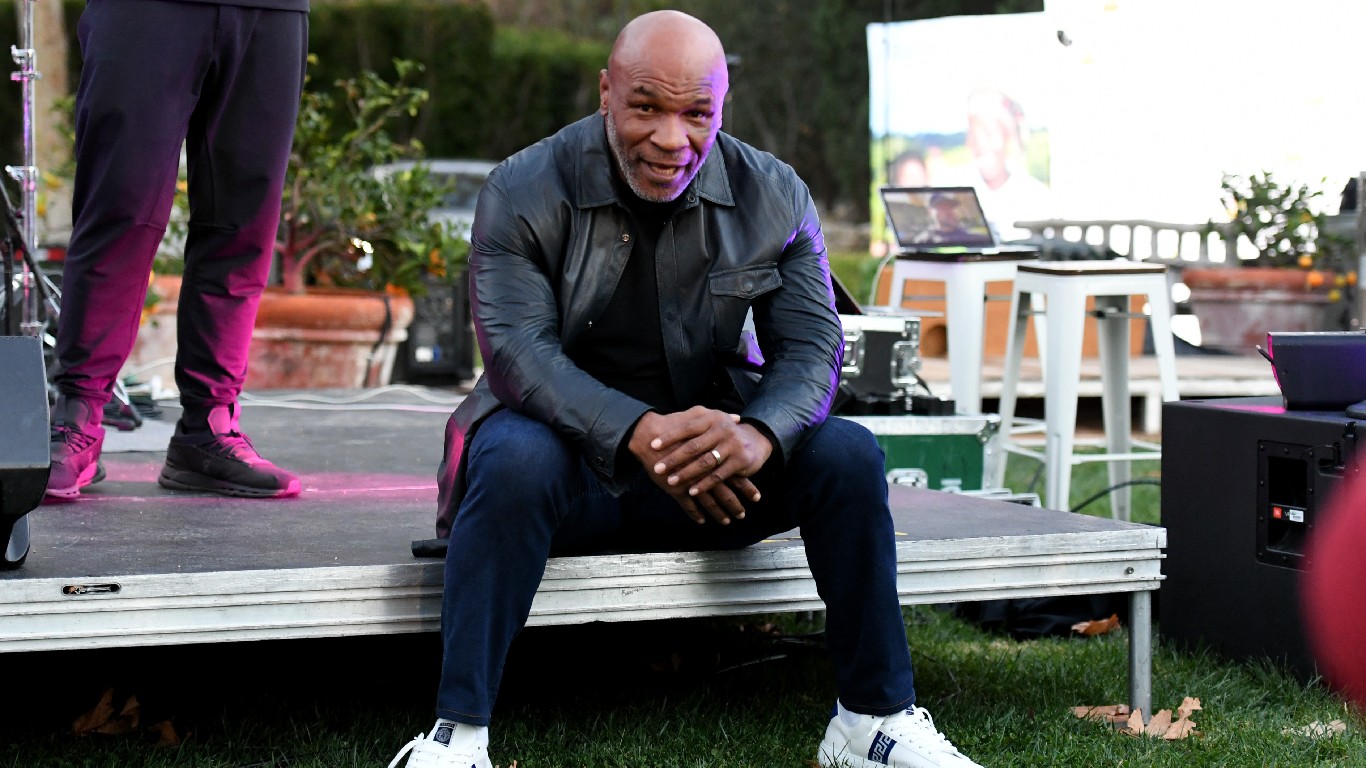 No fighter was more fearsome in the ring in his heyday than Mike Tyson. His violent streak continued outside the ring. In 1992, he was convicted of rаpe and spent three years in prison. After his release, he began a comeback, which was marred by one of the most controversial fights in boxing history. In 1997, in his second bout with Evander Holyfield, Tyson was disqualified after biting his opponent’s ear. In a book on his life, Tyson allegedly claimed that his best punch was thrown against his ex-wife, actress Robin Givens. 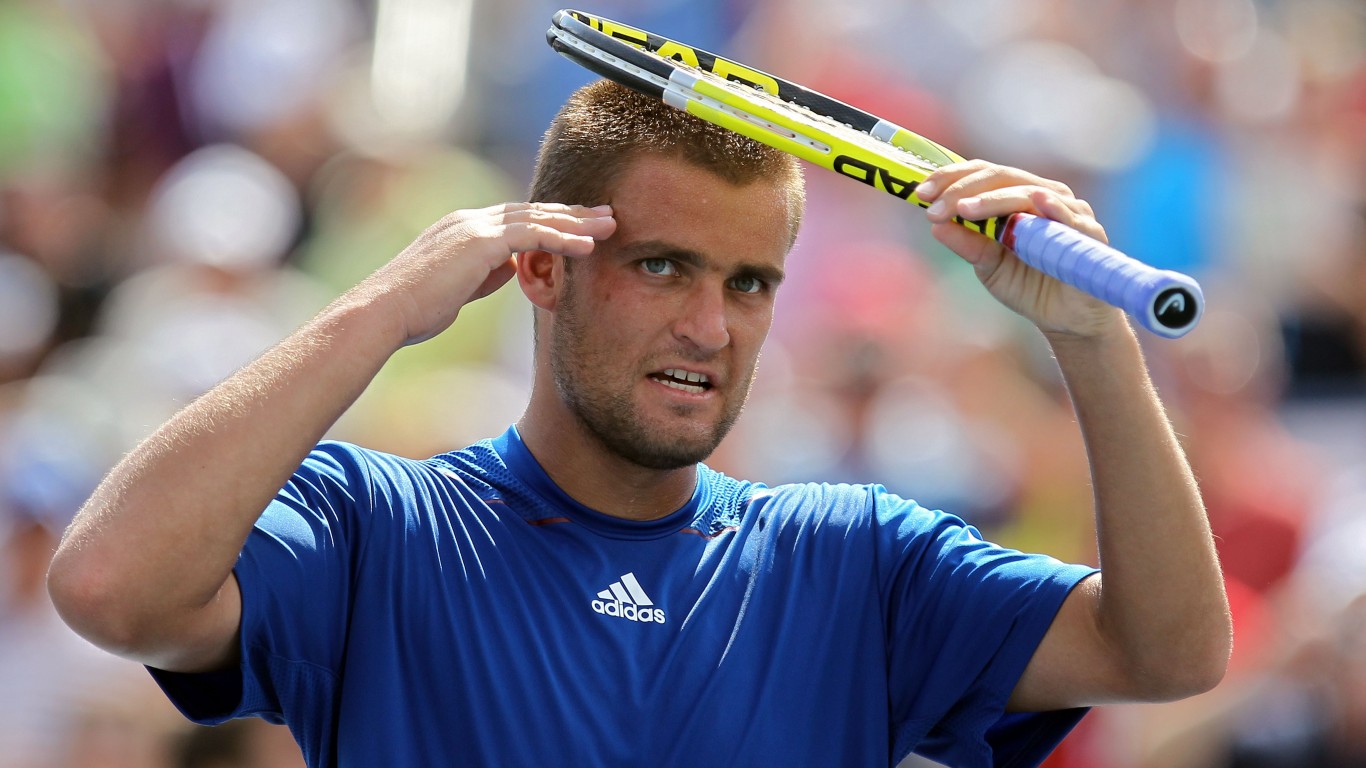 Russian tennis star Mikhail Youzhny seems to take his anger out on his racket. One time, he hit his head with the racket so hard blood streamed down his face. Another time, he destroyed the racket by hammering it against the ground.

ALSO READ: The Worst Athletes With the Longest Careers 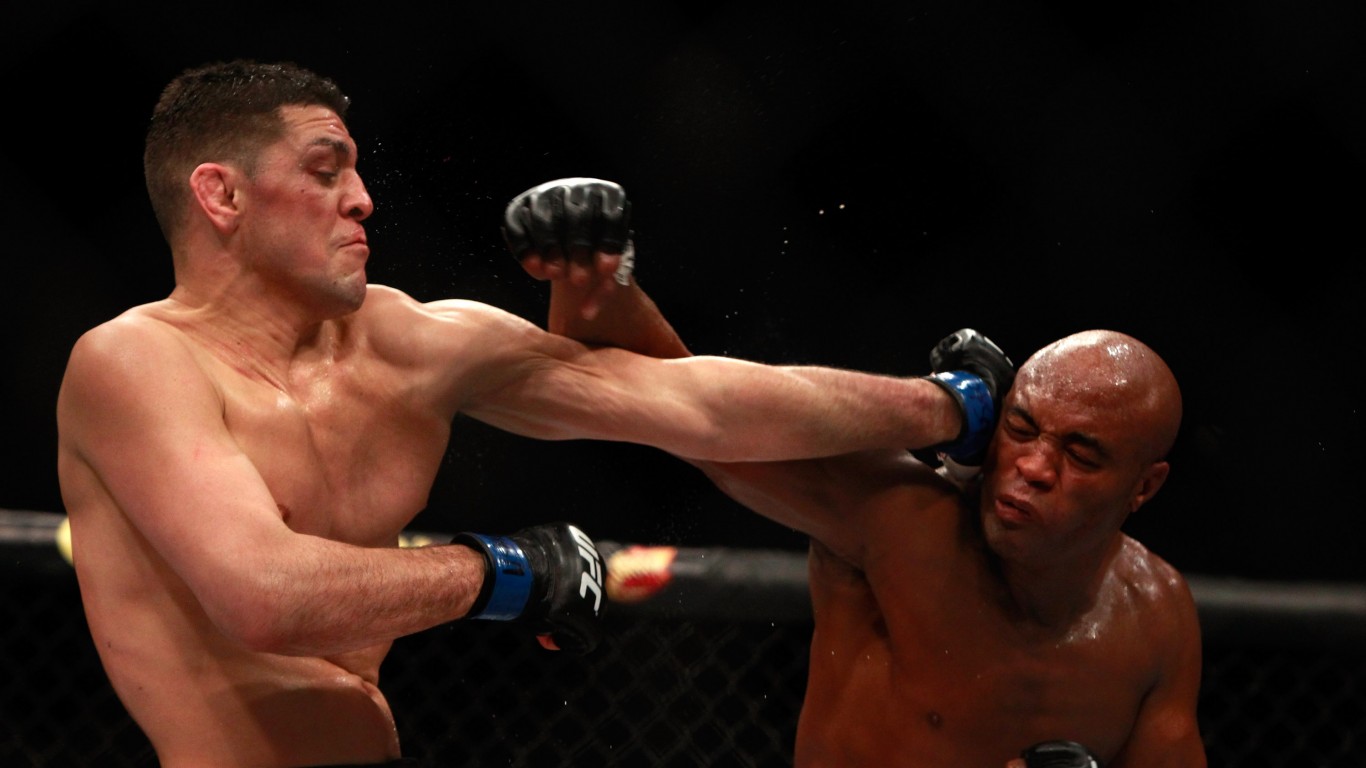 UFC MMA fighter Nick Diaz grew up on the tough streets of Stockton, California, and carried his experiences over into the ring. As a youngster, Diaz admitted he was roughed up by older cousins and friends, but found an outlet for his anger in a local gym and began competing in jiu-jitsu tournaments at age 16. As a pro, he’s been known to be surly after post-match interviews. 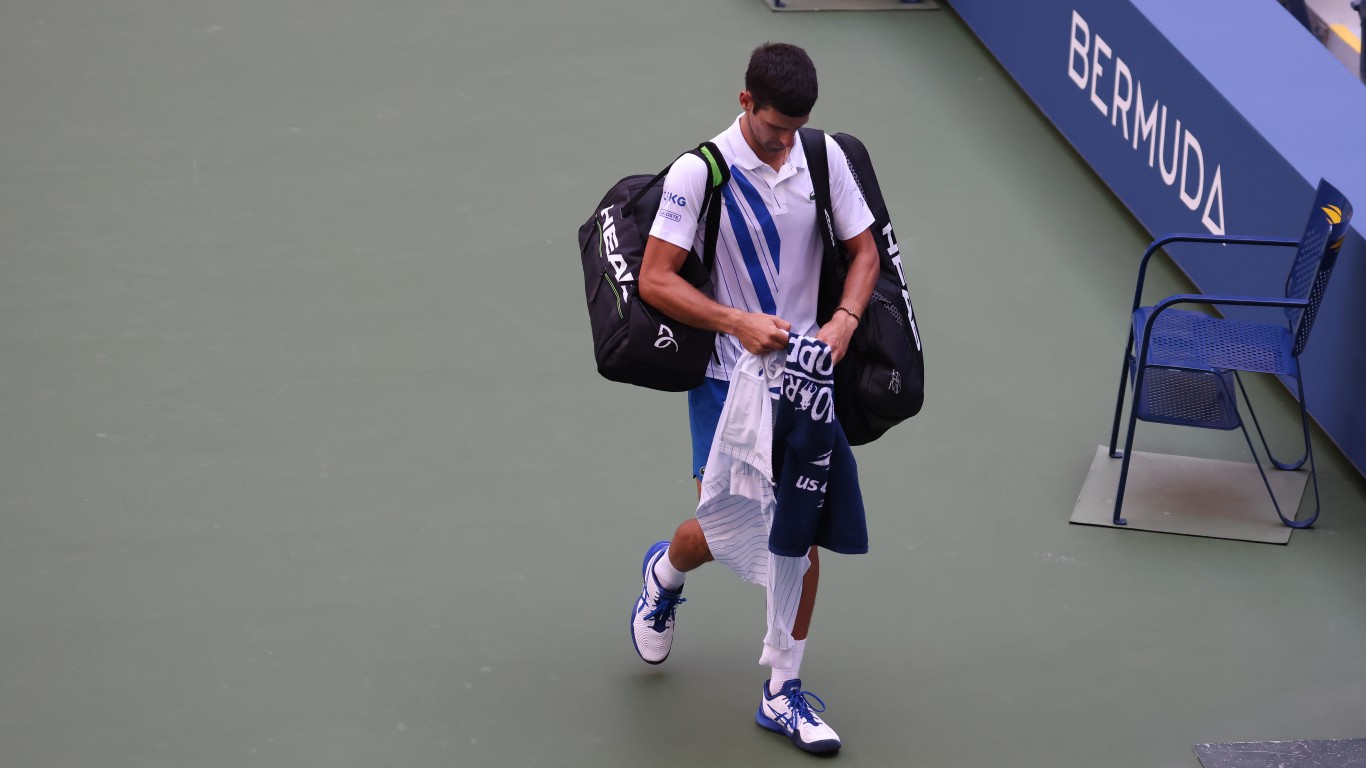 What is it about tennis that turns players into tantrum-throwing toddlers? A prime example is Novak Djokovic, who at last year’s Olympics blew his chance for a medal after losing a match and throwing his racket into the stands. Want more incidents? He once batted a ball that hit a line judge. But his most controversial moment came this year when he was refused entry into Australia to play the Australian Open because the country’s immigration minister refused to accept the medical exemption he claimed for not taking the COVID vaccine. He has since said that he would rather miss future tournaments than be forced to take the jab. 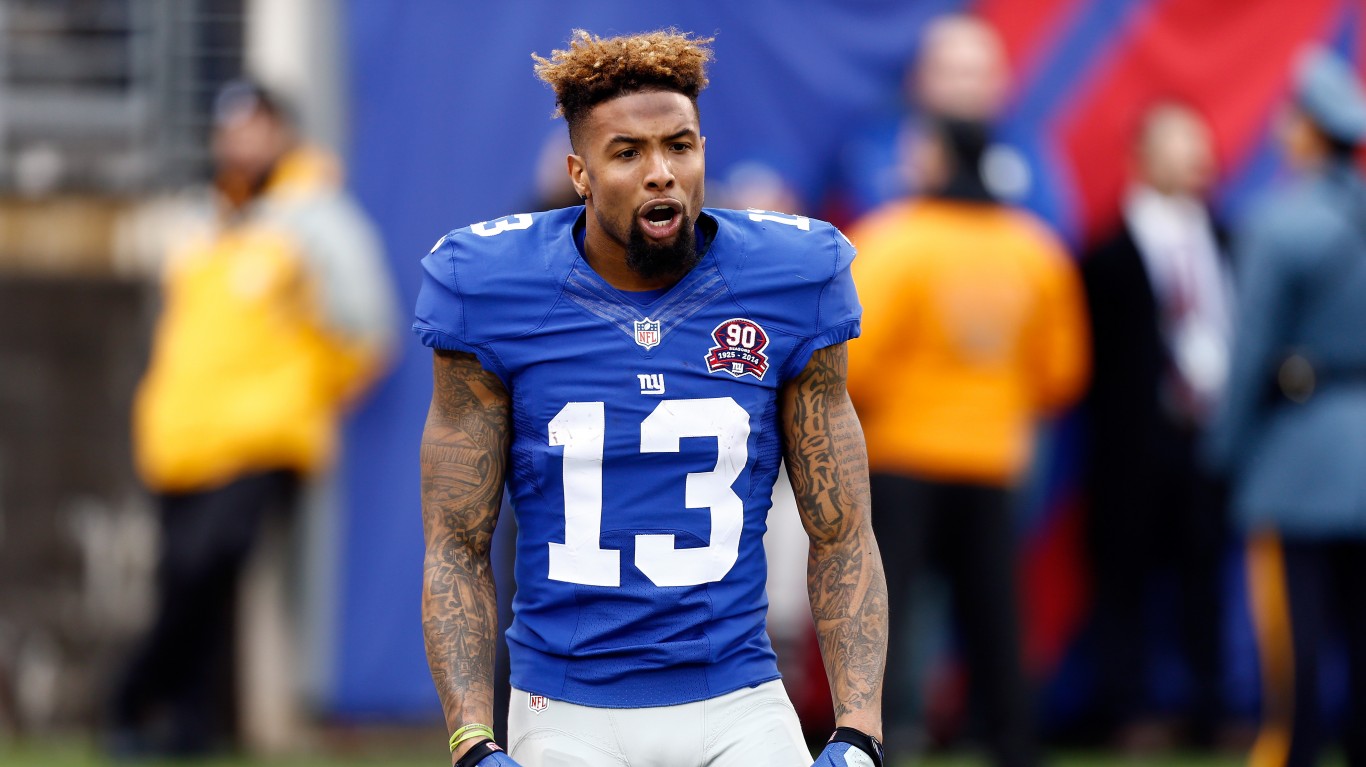 Wide receiver Odell Beckham, Jr. had a stormy relationship with his first team, the New York Giants. Enraged over an interception by his quarterback, Eli Manning, in a game against the Washington Football Team, he beat up a net. He was heard growling after a loss to the Philadelphia Eagles, and threw a punch at a Buffalo Bill player in another game. Then in 2017, Beckham punched a wall at Lambeau Field, leaving a gaping hole. Beckham appears to be much calmer after winning a Super Bowl title with his current team, the Los Angeles Rams, earlier this year.