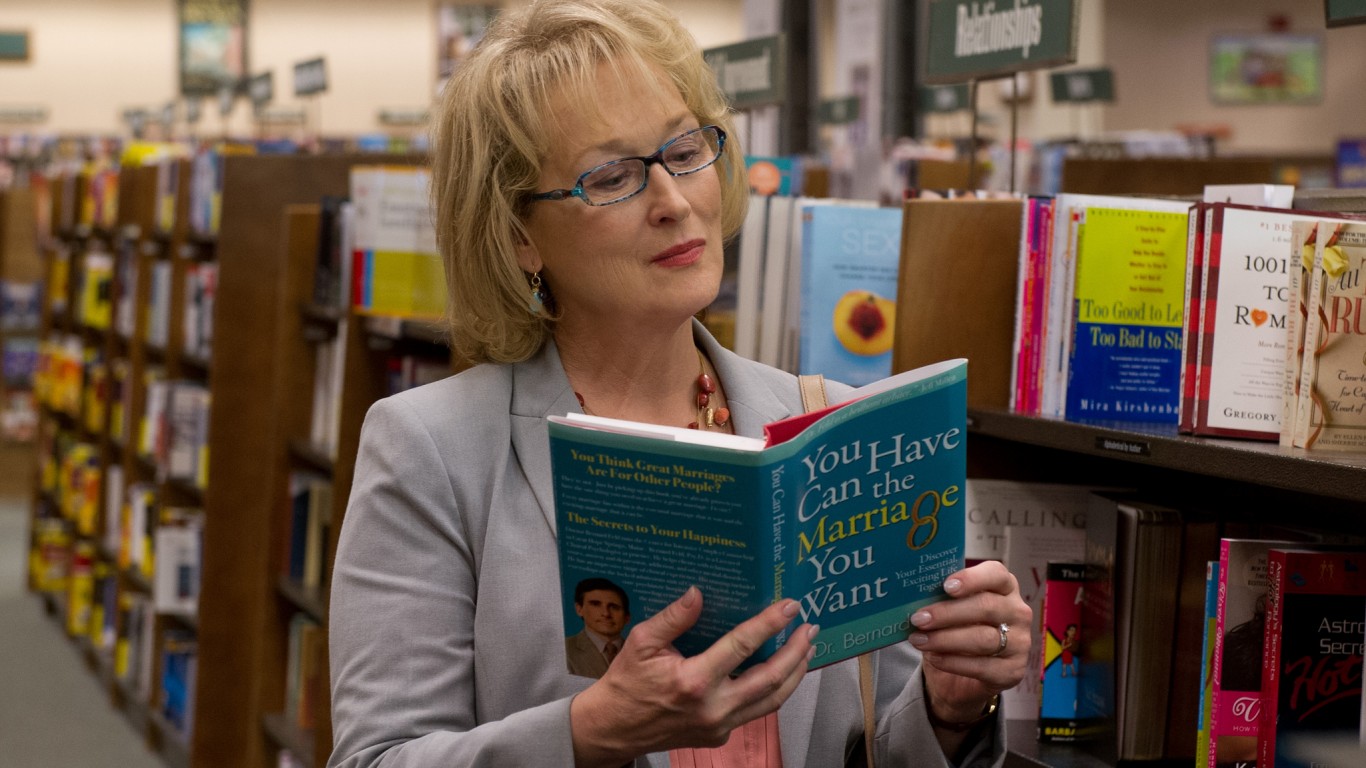 In this romantic comedy, Streep plays Kay Soames, who books herself and her husband into a weeklong marriage retreat as a way to reignite the spark. Their efforts fail to immediately catch fire. Streep received a Golden Globe Award nomination for this role. 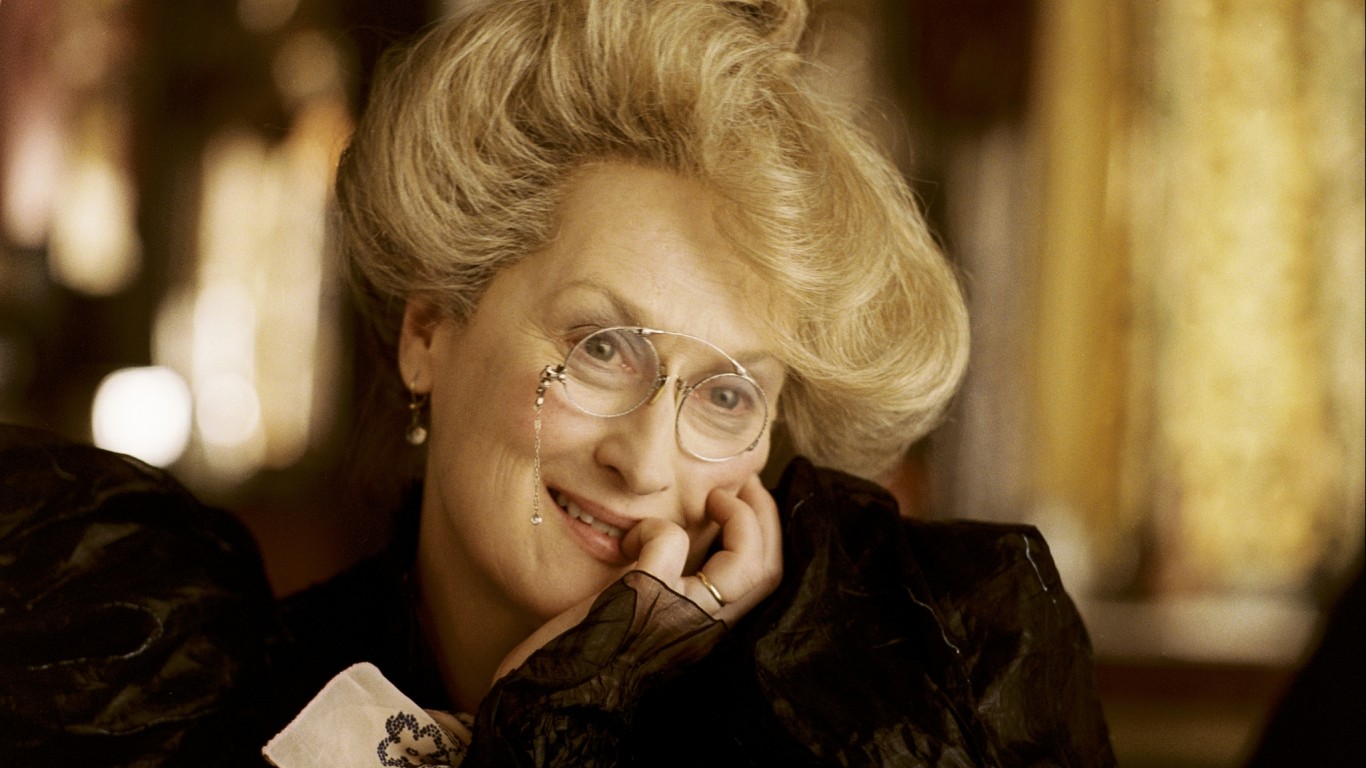 In this black comedy based on the “Lemony Snicket” book series, Streep plays Aunt Josephine, who for a period of time has to care for two nieces and a nephew after their parents are killed in a fire. Since no good deed goes unpunished, she finds herself in her own dire straits. 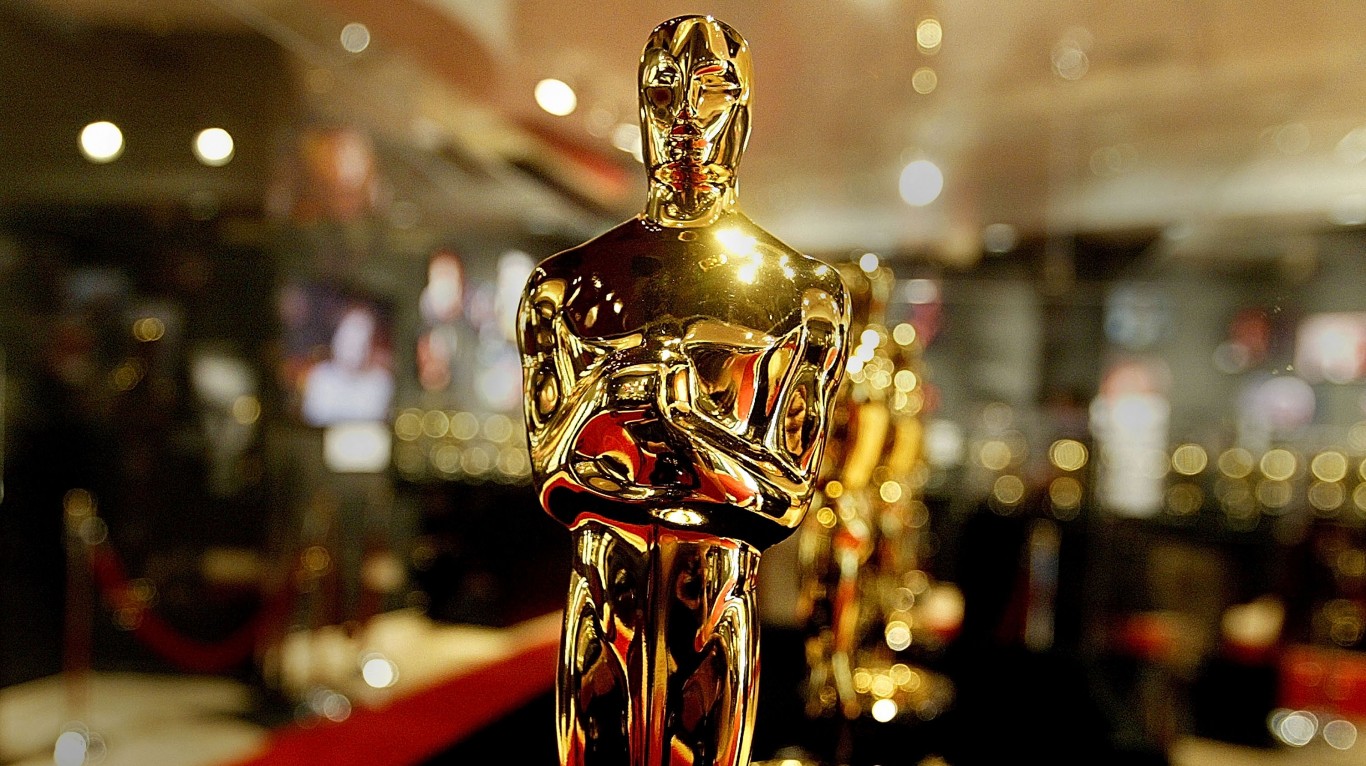 24/7 Tempo
20 Films That Earned the Most Award Nominations 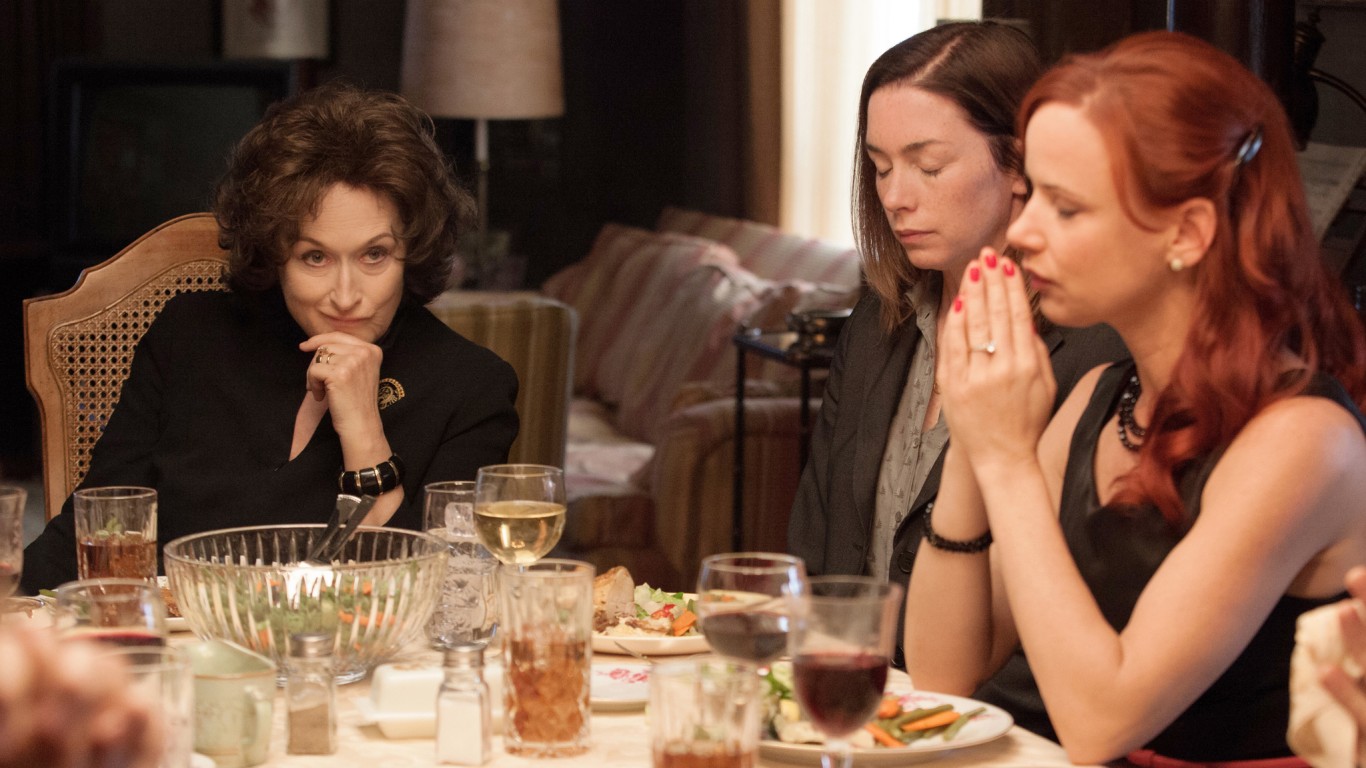 In this American tragicomedy based on the 2007 Pulitzer Prize-winning play, Streep plays Violet Weston, a strong-willed Oklahoma woman who has oral cancer and is addicted to narcotics. Her sister and daughters gather around her after her husband, an alcoholic poet, disappears in a particularly hot August. Streep was nominated for an Academy Award, a Golden Globe Award and a BAFTA Award in this role. 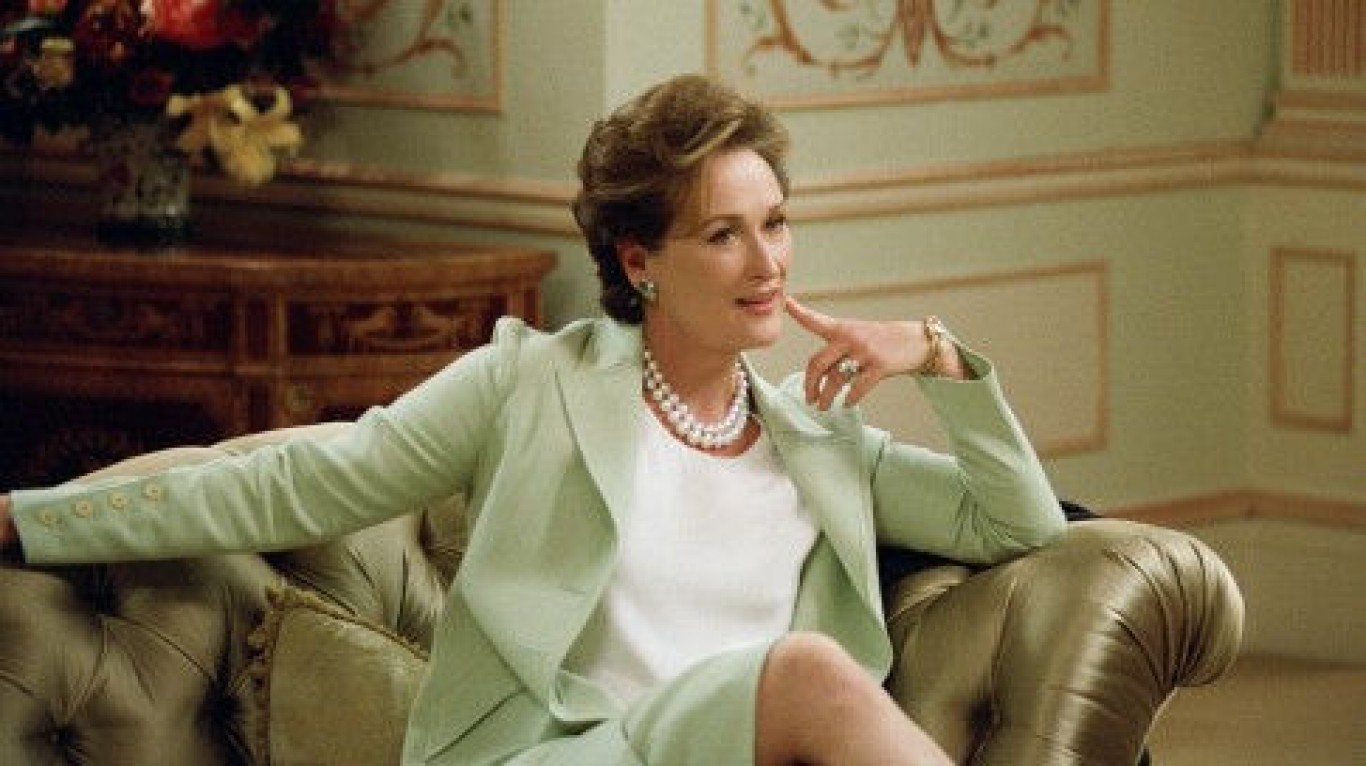 In this psychological political thriller, a remake of the 1962 film, Streep plays Senator Eleanor Prentiss Shaw, a manipulative, ruthless woman who pushes her son into running for vice president. Streep received Golden Globe and BAFTA nominations for this role.