On Friday, due to ongoing high levels of deadly air pollution in the area, the Indian supreme court declared a public health emergency in New Delhi, closing schools and banning construction activity in the capital city for at least the next five days. This is only the latest in a series of air pollution-related crises for India’s second most populous city, which ranks as one of the most polluted major cities on earth. Living in one of the world’s biggest cities confers all kinds of benefits, including access to public transportation, entertainment, jobs, restaurants and more. But for many millions of people around the world, living in a city also means being exposed to deadly air pollution on a regular basis.

One specific type of air pollution, commonly known as PM2.5 — shorthand for particulate matter that is 2.5 micrometers in diameter or smaller — is especially harmful. For perspective, the diameter of a human hair is 50-70 micrometers, so particles that are 2.5 micrometers or smaller are very fine and inhalable. The source of PM2.5 is typically combustion — fires, automobiles, or factories — and this type of air pollution has been linked to a number of health issues, including asthma, lung infections, heart attacks, and premature death.

We also included PM10 pollution, or concentration levels of larger inhalable particles that are 10 micrometer in diameter or smaller. While the finer PM2.5 particles can get deep into the lungs and even the bloodstream, the coarser PM10 particles are less harmful, although they can irritate a person’s eyes, nose, and throat.

While this may be the case, the two nations also simply have a large number of highly populated cities. Of the 150 most populous cities with available data from the U.N., more than one in three are in either China or India. Only five of the cities on this list have populations below 0.5 million. Several of the cities on this list are among the most highly populated cities in the world, or are located near them. These are the the world’s 33 megacities. 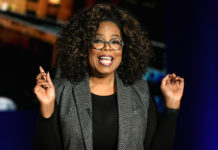 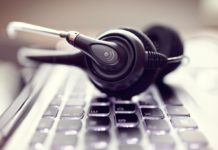 30 NASA Inventions We Use Everyday