The global non-alcoholic beer market is expected to grow in the next decade. Consumers almost everywhere – in the U.S., Europe, South America, Asia – are switching to alcohol-free options for reasons of health or simply because they’re “sober curious” or interested in “mindful drinking,” to use two terms that have been applied to one of the food and drink trends for 2022.

Even though we had non-alcoholic or so-called near beer during Prohibition – potables with less than 0.5% alcohol by volume – the non-alcoholic trend accelerated in the 1970s and has become its own robust niche.

There are several methods of producing non-alcoholic beer, but the most common involves heating conventional beer inside a strong vacuum, allowing the alcohol to evaporate at a reduced boiling point, which helps keep the flavor intact.

These beverages have been recommended to those with cardiovascular disorders (some varieties have been found to help lower the risk of heart disease) and pregnant women. Non-alcoholic beer may also promote bone growth and improve sleeping patterns, and generally have lower alcoholic content than other carbonated drinks. (These are the 50 most popular non-alcoholic beverage brands.)

A fertile area of sales of non-alcoholic beer is among millennials, who are leaders in the sober curious movement and have a proclivity to try new beverages.

Asia and Europe are seen as prime areas for growth between 2021 and 2031. In China in particular, there has been an increasing preference for beverages that have minimal alcohol content.

To compile a list of 25 things you might not know about non-alcoholic beers, 24/7 Tempo consulted coverage of the topic on sites including Global Market Insights, Market Research Future, The Business Research Company, and Statista. 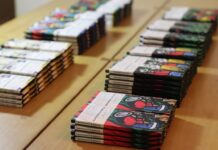