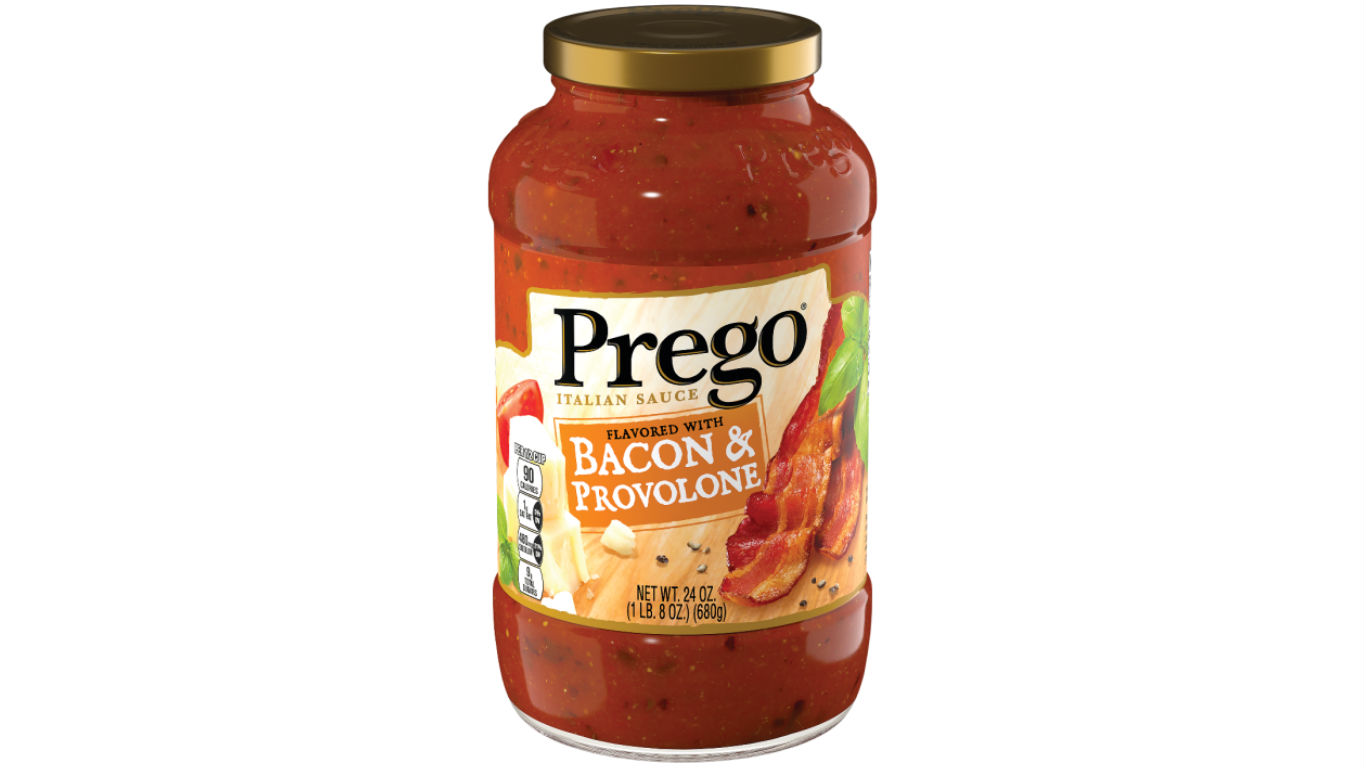 The Campbell Soup Co.’s Prego line of Italian-inspired sauces includes such never-in-Italy concoctions as Roasted Garlic Parmesan Alfredo Sauce and Pesto Marinara Italian Sauce, as well as this one, flavored with bacon and provolone. Italians don’t eat bacon, at least not the same kind we do. They eat Pancetta (cured but unsmoked pork belly), or Guanciale, (cured but unsmoked pork jowls or cheeks), and Prosciutto, of course. Any of those would go nicely in tonight’s pasta sauce. Save the bacon for breakfast.

Since 1992, salsa — which Merriam-Webster defines as “a usually spicy sauce of chopped tomatoes, onions, and peppers [chiles]” — has outsold ketchup as America’s favorite condiment. Though salsa is often made fresh, versions in jars, cans, or plastic tubs are common. Even the packaged examples, though, tend to be fresh-tasting — oh, and all are vegetarian. Salsa may go with meat, but it doesn’t contain it. Anyway, how would you get bacon to “sizzle” in a sauce, unless the stuff were fermenting? 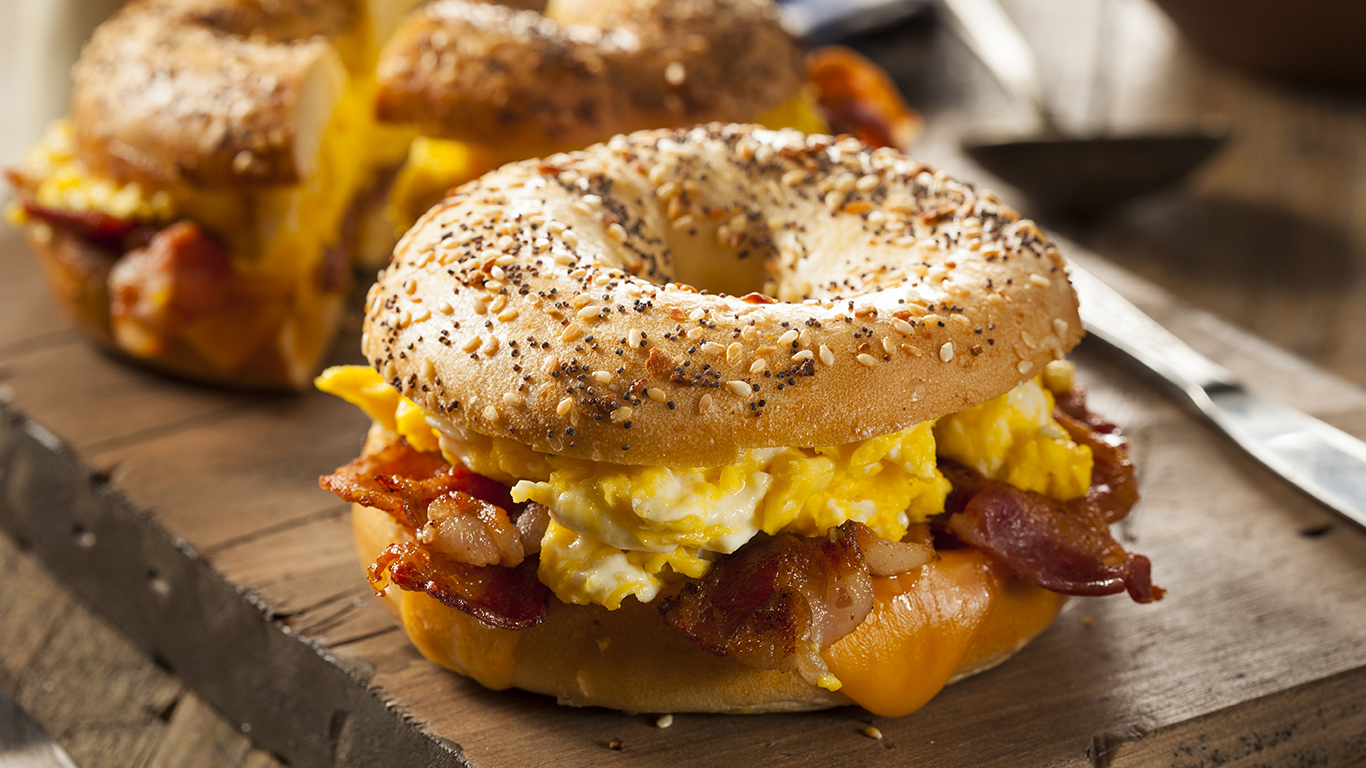 24/7 Tempo
The Best Breakfast Sandwich in Every State 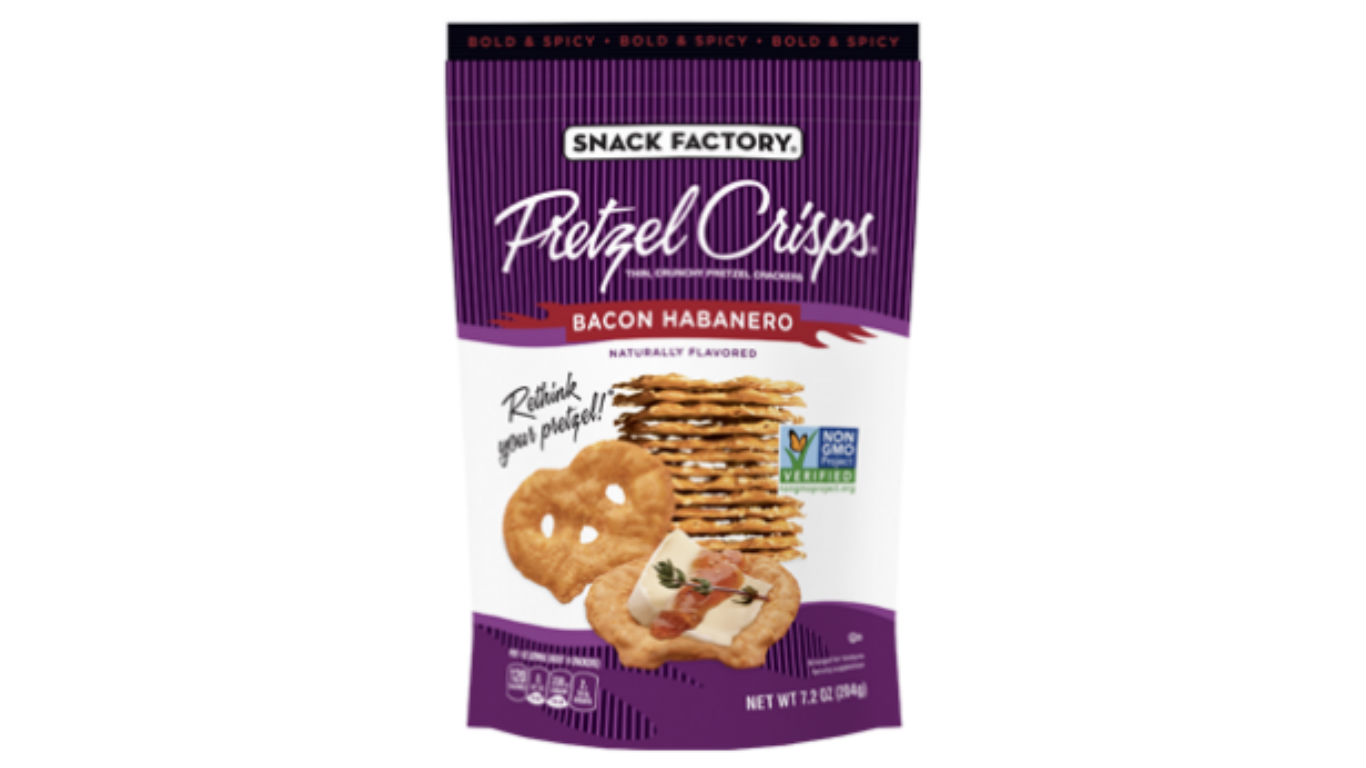 Pretzel Crisps are kind of a strange idea to begin with — yet another example of the modern trend of trying to turn almost anything into something resembling chips (rice and beans, kale, coconut, seaweed, chickpeas, all kinds of fruits and vegetables, etc.). Combining habaneros, among the hotter chiles in the world, with bacon (or at least a whole lot of non-bacon ingredients that come together to suggest bacon) seems even stranger. Bacon is smoky and a little sweet, while habaneros are fiery and fruity. Wouldn’t the two ingredients cancel each other out?

Spam — the edible, not the deletable, kind — is made from “pork with ham,” according to brand owner Hormel Foods. (The label suggests that this is a single ingredient, as opposed to, say, “pork and ham.”) There are now 16 varieties of this iconic canned meat. One of them, introduced in 2004, is Spam with Real Hormel Bacon. The meat products this one includes are “pork with ham,” bacon, and rendered bacon fat. That sounds more like the topping for one of those “Meat-Lover’s Pizzas” than something you’d want to fry up by itself.