It is said that at least 2 billion people worldwide eat insects regularly, and scientists tell us that they’re a nutritious and an environmentally friendly food source. Ohio’s Firehouse Flavors, which sells a wide range of flavoring mixes, seasonings, and spicy foods, is apparently trying to lure us all into the insect camp by enhancing crickets with bacon and cheese (among other flavorings) and positioning them as crunchy snacks. Sorry. We’ll just have the Doritos, thanks.

You can argue about whether or not bacon can be made of turkey (though there are certainly plenty of examples of it out there), but at least these dog treats are made from real wood-smoked turkey. One reviewer on the manufacturer’s website thought they smelled so good he/she was tempted to tear off a bite. Real bacon wouldn’t have been better? 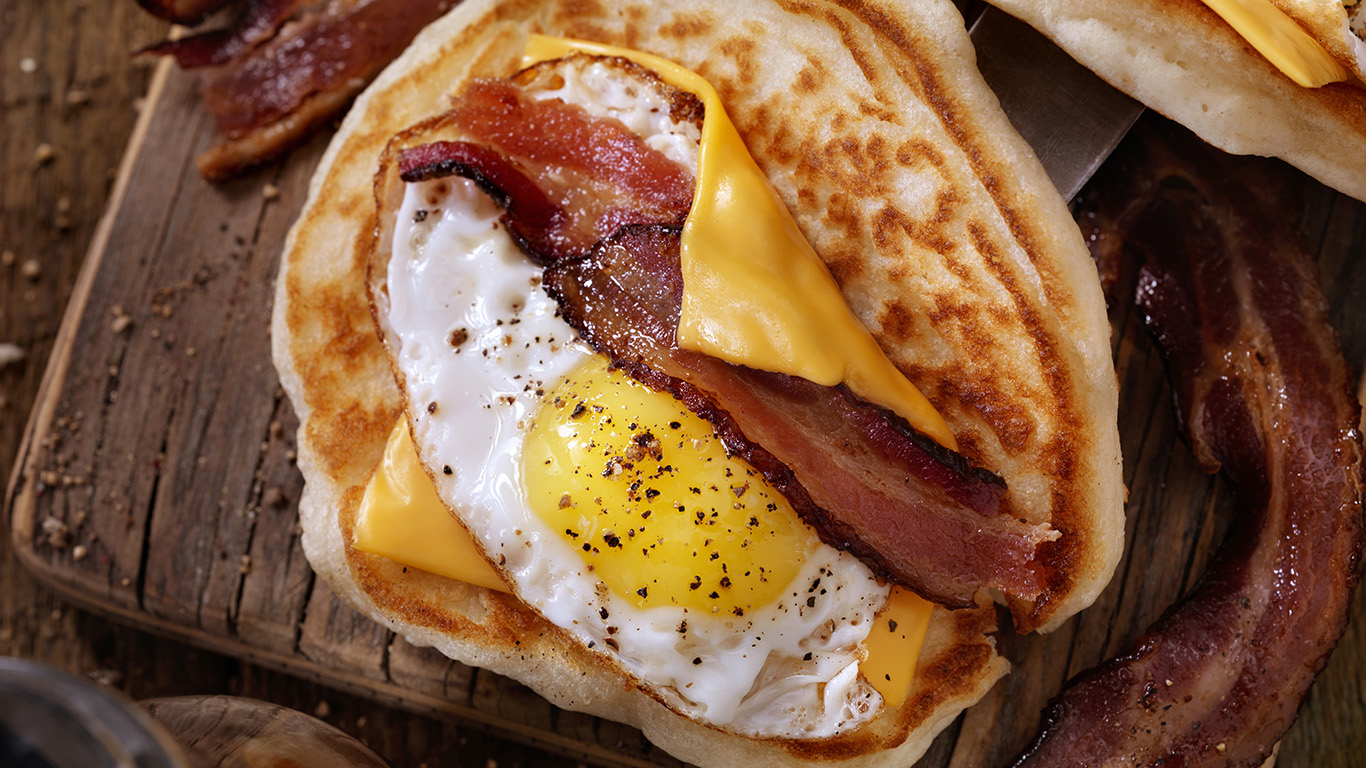 Pumpkin spice, chocolate, coconut, coffee, cinnamon, chiles, maple syrup… Sometimes it seems as if there’s no food craft brewers won’t toss into their ales, stouts, and porters. Funky Buddha’s Maple Bacon Coffee Porter, released once a year by the Florida-based brewery, seems like it’s trying to put actual breakfast into the suds. If you’re going this route, why stop with just maple bacon and coffee? Why not add eggs and toast, maybe sausage, maybe a couple of Eggos?

Now here’s a concept: actual chicken, cured, sliced thin, and dried into snack chips, then enhanced with “natural smoke flavor…[and] bacon style seasoning.” In this case, according to the label, there is actual pork involved, presumably providing the “bacon flavor” listed among the ingredients. Isn’t making chicken taste like bacon a little creepy? What’s next? Turkey-flavored salmon?

The idea of adding bacon flavor to almost anything you cook with just a shake of a canister certainly has some appeal. But the term “bacon” is used loosely here, in this “all natural,” vegetarian, kosher seasoning salt. That’s because the bacon is simulated by a blend of maltodextrin, dehydrated garlic and onion, paprika, “natural flavors,” and yeast extract, among other things. At least the sea salt is real.