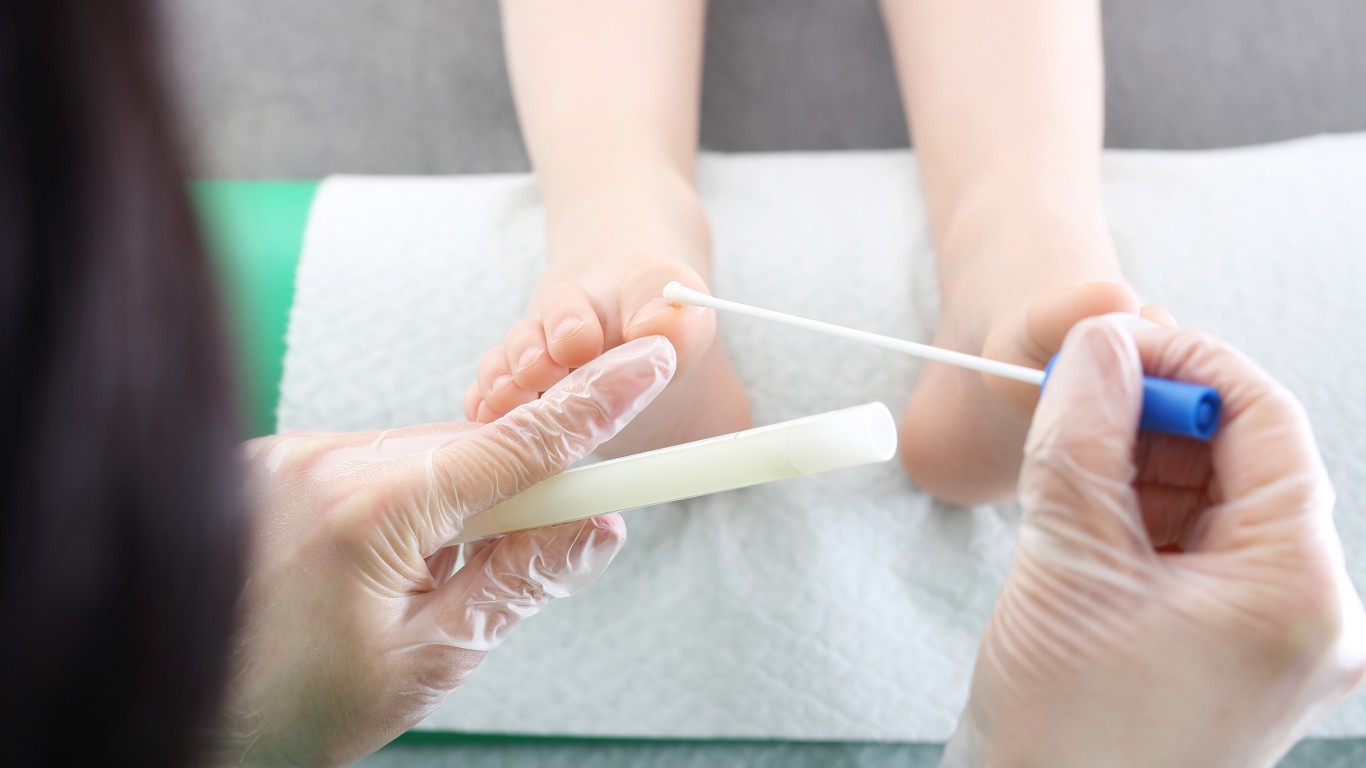 A pap smear, also known as a pap test, is a screening for detecting cervical cancer in women. For women ages 21 to 65, doctors generally recommend repeating this test every three years, except in some cases where the recommendation changes to more or less frequently. Before the test was introduced, cervical cancer was a leading cause of cancer deaths among women in the country. Today, it’s not even among the 10 biggest cancer killers among women.

Cervical cancer is most frequently diagnosed in women between 35 and 44 years of age. The American Cancer Society estimates that in 2020 nearly 14,000 new cases will be diagnosed and about 4,300 women will die from the disease. 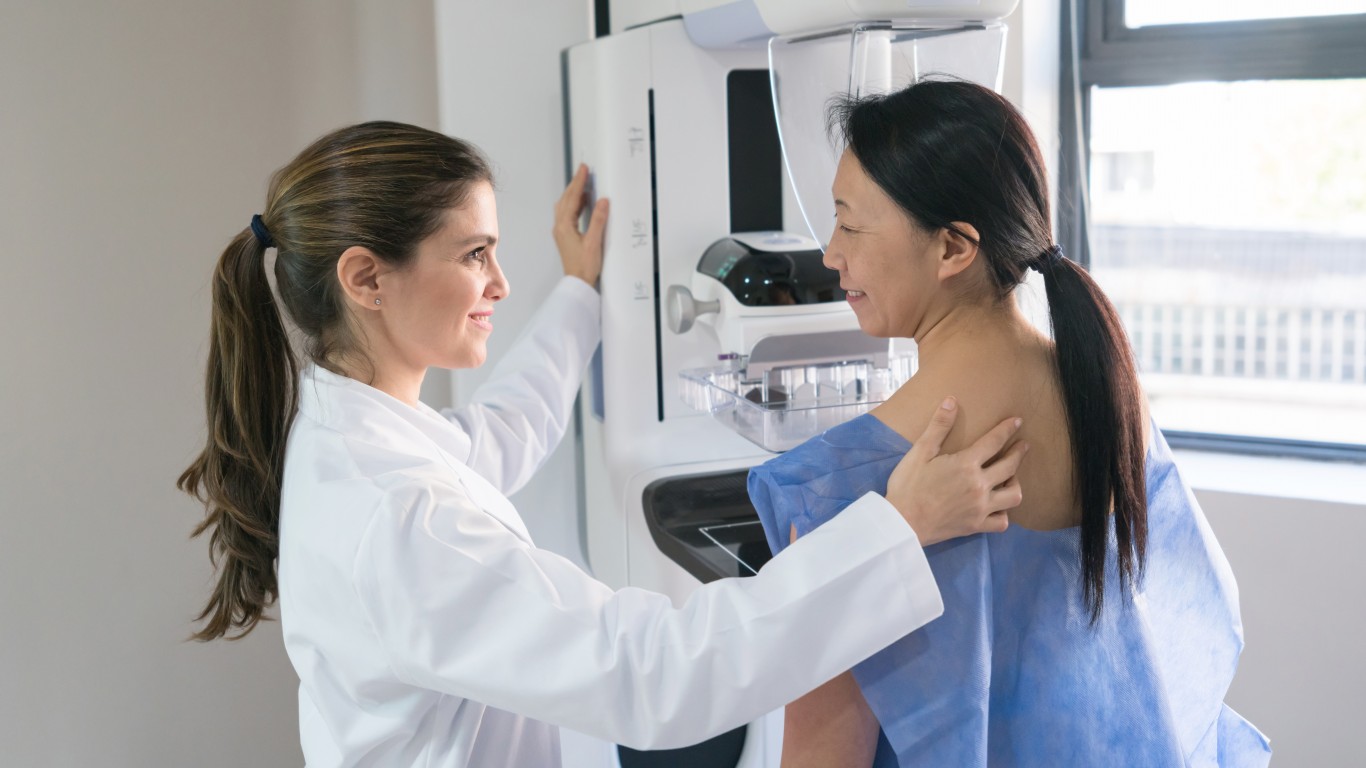 2. Mammogram
> When to get tested: Every two years after 50

A mammogram is a low-dose x-ray picture of the breasts that is used to test and diagnose breast cancer, the most common cancer in women in the U.S. The U.S. Preventive Services Task Force recommends that women between 50 and 74 get a mammogram every two years, but recommendations may also vary depending on the woman and her risk factors. Women between 40 and 49 should talk to their doctor if they want to start screening.

The American Cancer Society estimates that in 2020 nearly 277,000 women will be diagnosed with invasive breast cancer, another 48,530 with carcinoma in situ (CIS is a non-invasive and the earliest form of breast cancer), and that more than 42,000 women will die from the disease.

ALSO READ: 24 Medical Tests Every Man Should Have and When 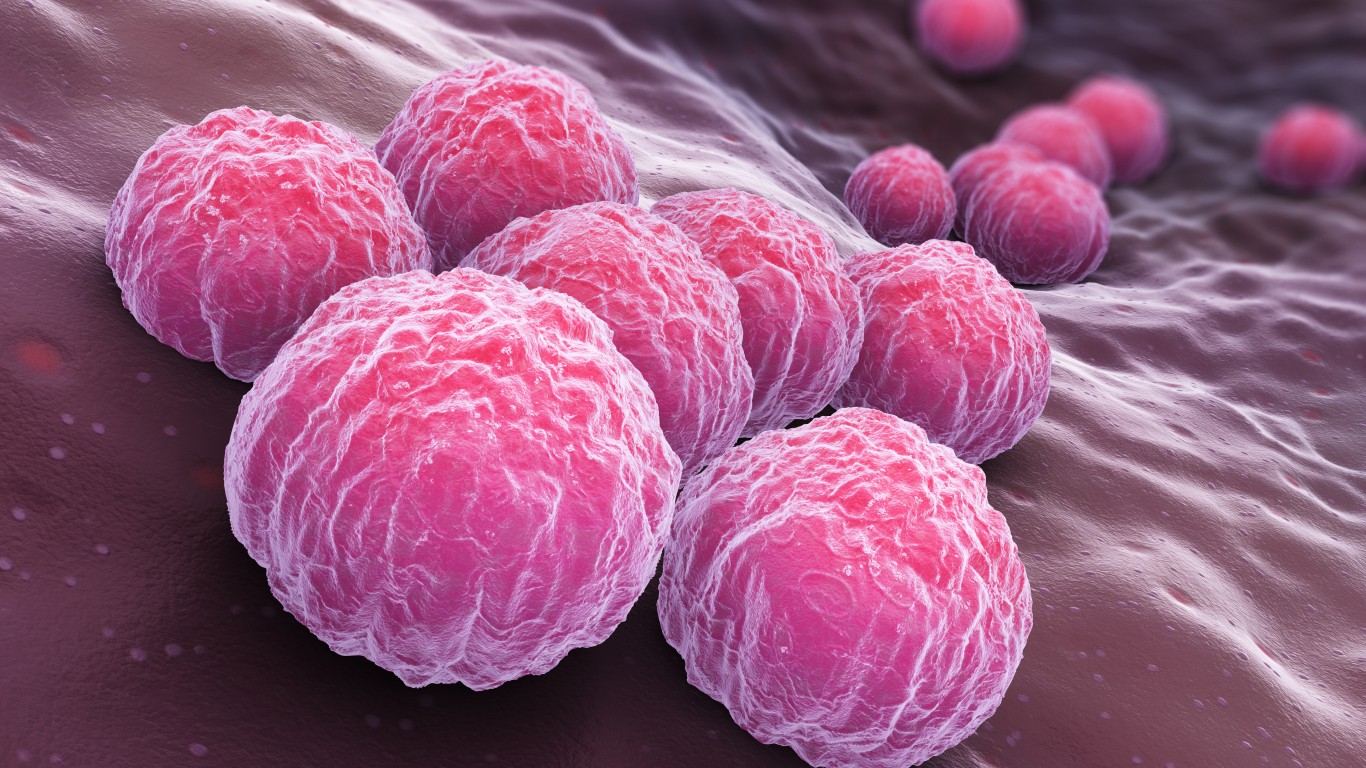 3. STDs and STIs
> When to get tested: Once a year

STD rates are, which are at record high levels, according to the CDC, are higher among women than in men. Women are biologically more likely to catch an STD as they are more easily transmitted from the man to the woman than from the woman to the man.

The CDC estimates that nearly 20 million new sexually transmitted infections (STIs) occur every year, half of those among young people aged 15-24, with one in four sexually active adolescent girls having an STD. 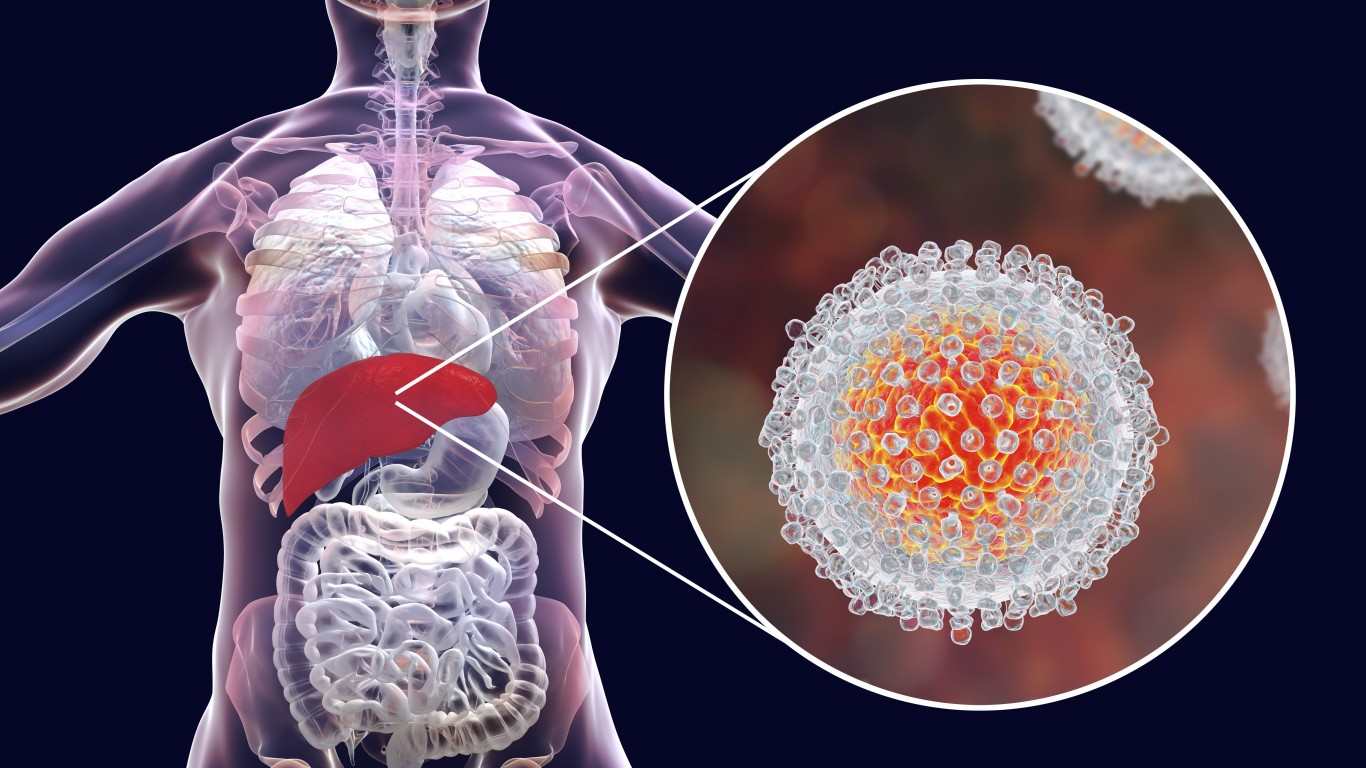 Hepatitis C is a viral infection that damages the liver. It spreads through contaminated blood, including from sharing needles. A baby can get infected during birth if the mother has hepatitis C. More than 3 million people in the country have hepatitis C, but most don’t have any symptoms and don’t know they are infected. About 17,000 new cases are diagnosed every year. If left untreated, the infection may lead to cirrhosis, liver cancer, or death.

The CDC recommends hepatitis C screening, which consists of a simple blood test, at least once for all adults and for all people who have HIV or have undergone certain medical procedures. For pregnant women, the recommendation is during each pregnancy. Everyone born between 1945 and 1965 — the baby boomers — should get tested for hepatitis C. More than 75% of Americans living with the condition are baby boomers, according to the American Liver Foundation. 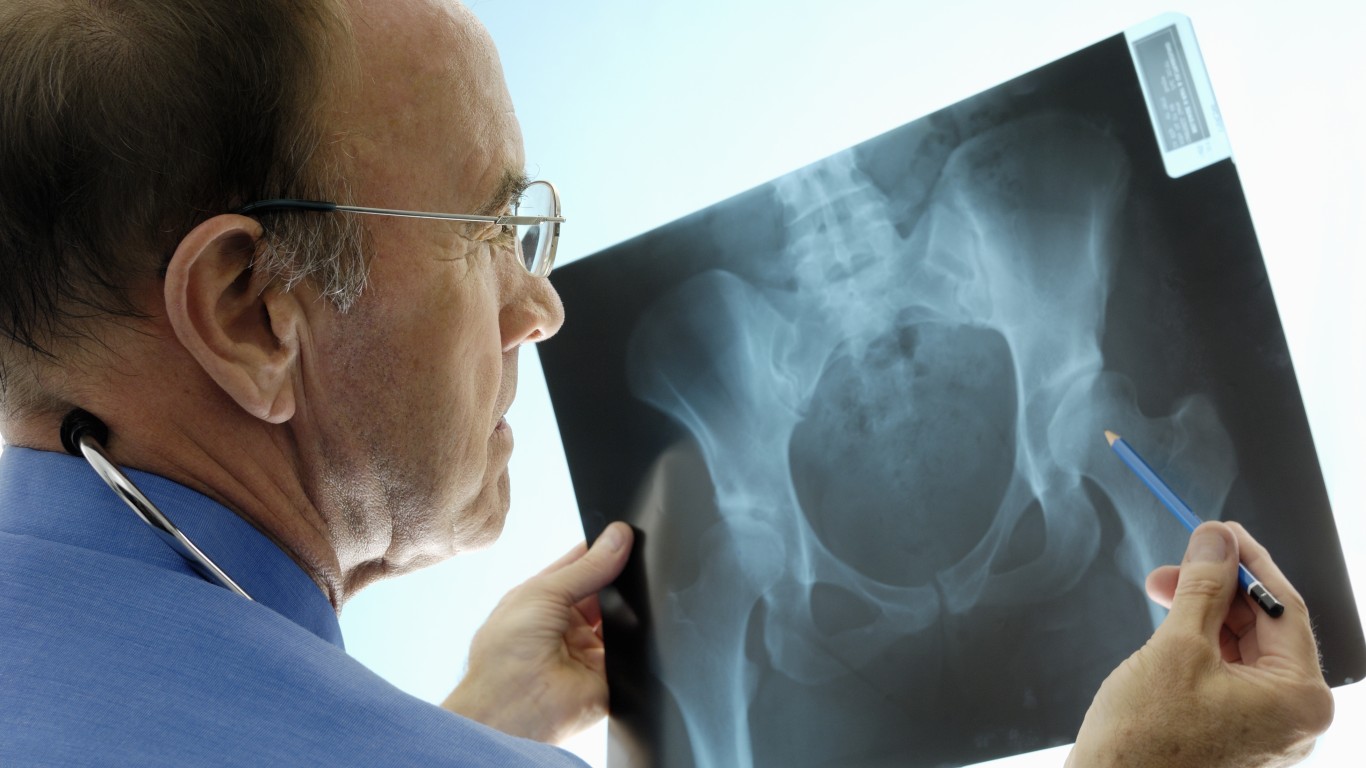 5. Bone density test
> When to get tested: After menopause or after 65

A bone density test helps determine if a person has osteoporosis, a condition in which the bones become weak and brittle, increasing the risk of major bone fractures even after a minor fall. Most people don’t even know they have osteoporosis until a fracture occurs because the disease progresses slowly without symptoms. Women develop osteoporosis earlier in life and it progresses faster in women because they have less bone mass.

The National Osteoporosis Foundation recommends that postmenopausal women, those over the age of 65, and women over the age of 50 who have risk factors get a bone density test, an X-ray that measures how much calcium and other minerals are in the bones. Risk factors include certain medications, thyroid problems, excessive drinking, smoking, having stomach or intestine diseases, and prolonged bed rest.

24 Medical Tests Every Man Should Have and When

Struggles People With Food Allergies Are Facing During the Pandemic 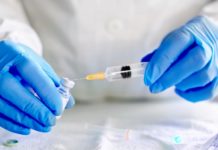 These 12 Vaccines Saved the Most Lives